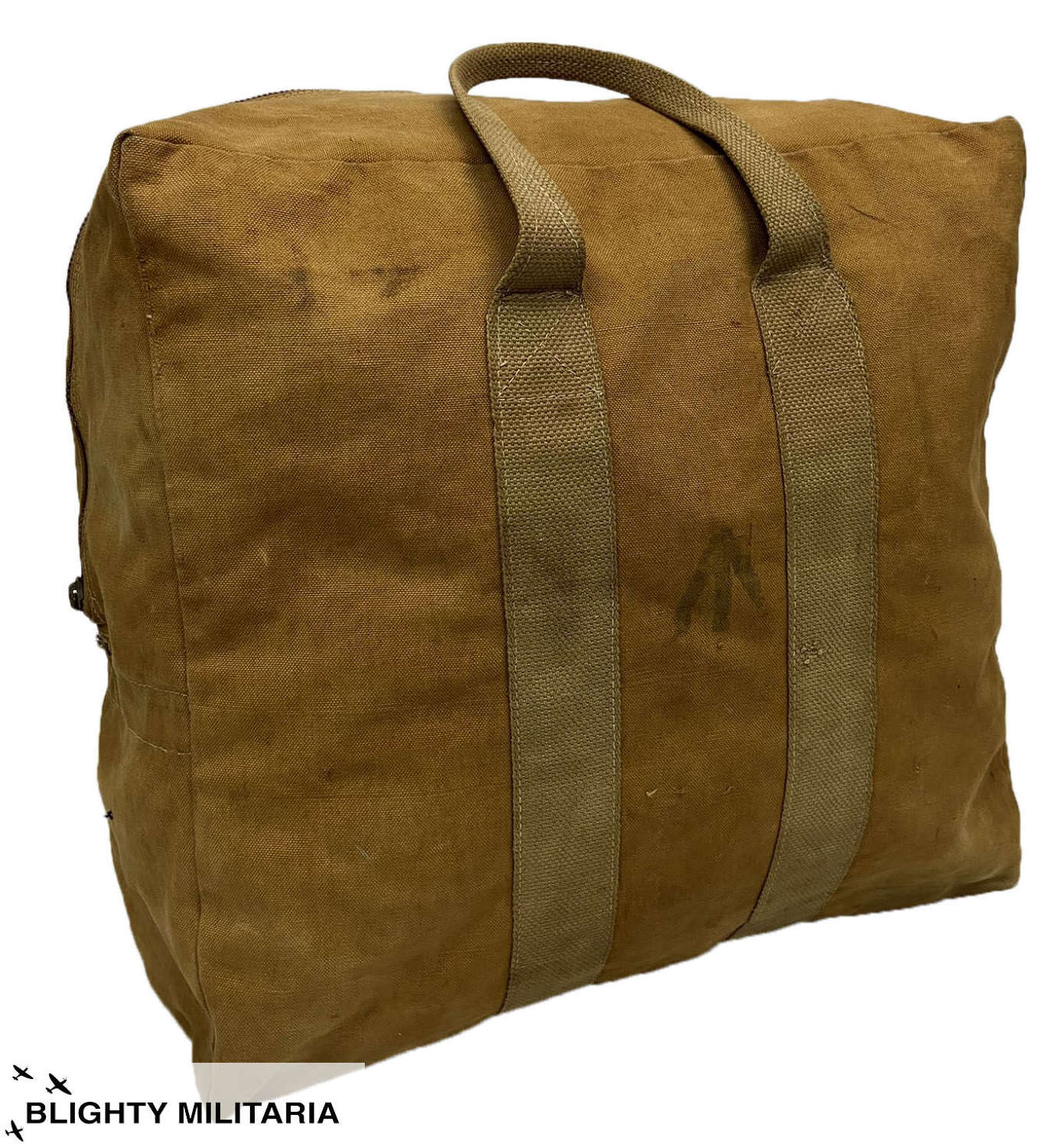 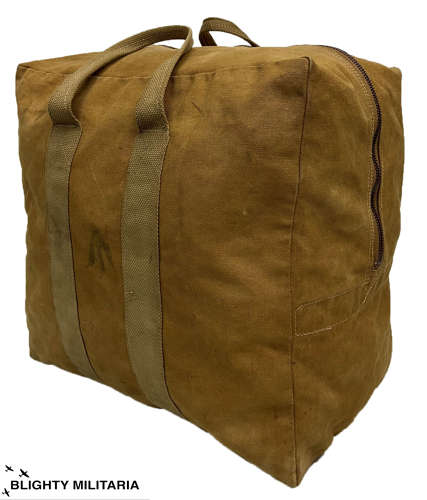 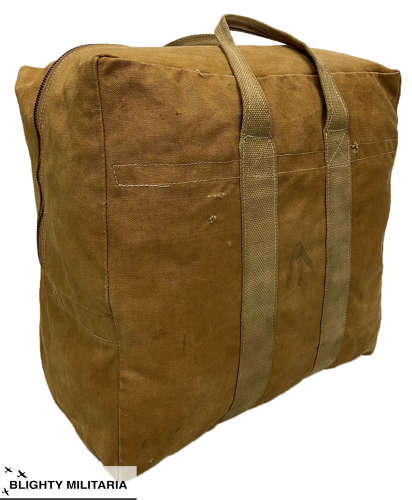 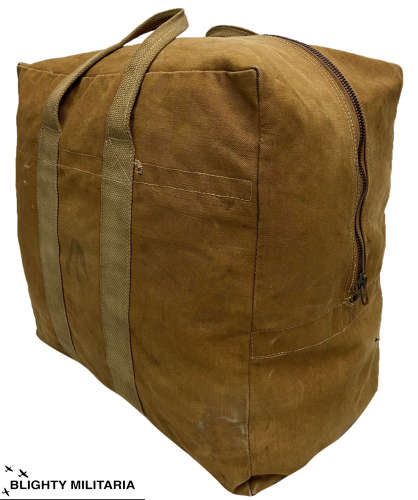 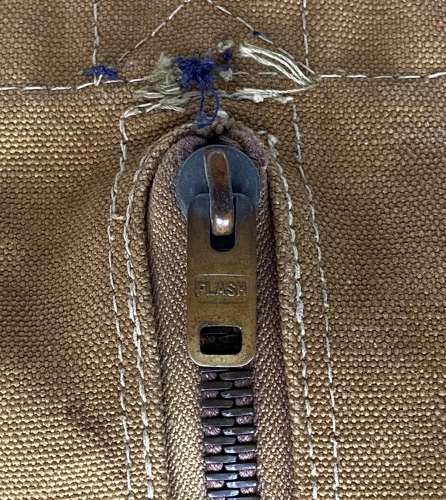 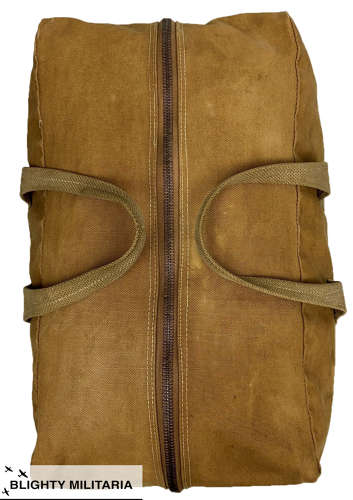 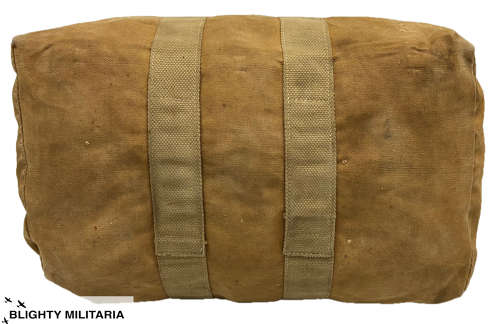 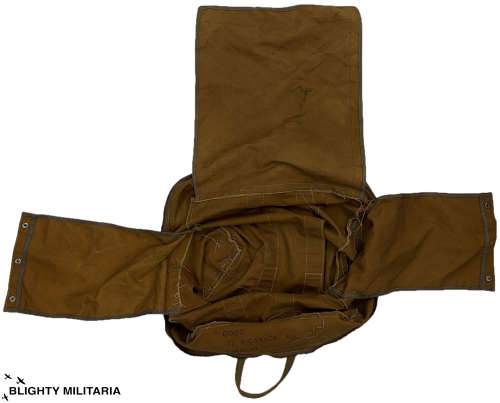 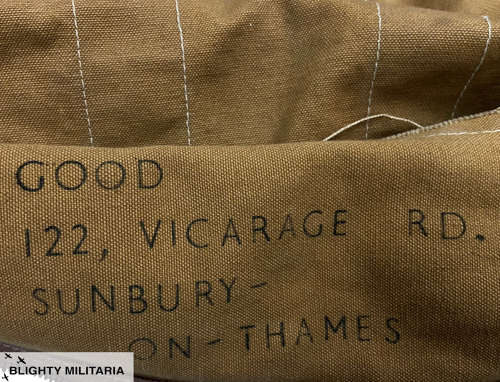 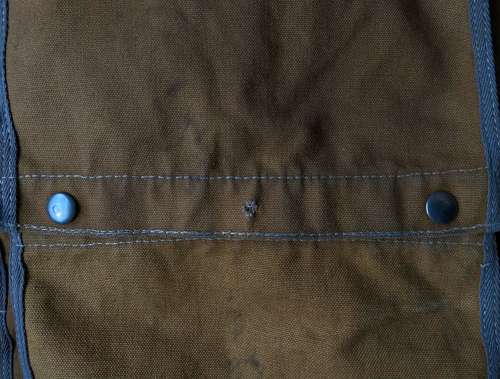 These bags were used throughout the Second World War and are now synonymous with Aircrew, particularly Bomber Command, during this period.

The bag is made from a heavy khaki coloured canvas and features two reinforcing straps which run the entire circumference of the bag, becoming handles at the top. The bag fastens with a 'Flash' branded brass zipper as were commonly used on this pattern of bag. The bag features flaps to the interior and bears the War Department broad arrow marking to the outside.

The original owner has marked his name and address to the interior which reads 'Good, 122 The Vicarage, Sunbury-on-Thames' which may offer the possibility of further research.

The bag is in good condition with some signs of wear and use which are to be expected with a bag of this vintage. The zipper works as it should and overall the bag displays very well and is totally usable. The only small flaw is that one of the press studs that fastens the inside flap is missing although the flaps can still be fastened with the remaining two.

All in all a nice bag which displays well. These are becoming rare and sought after bags and it would make a good addition to any collection.