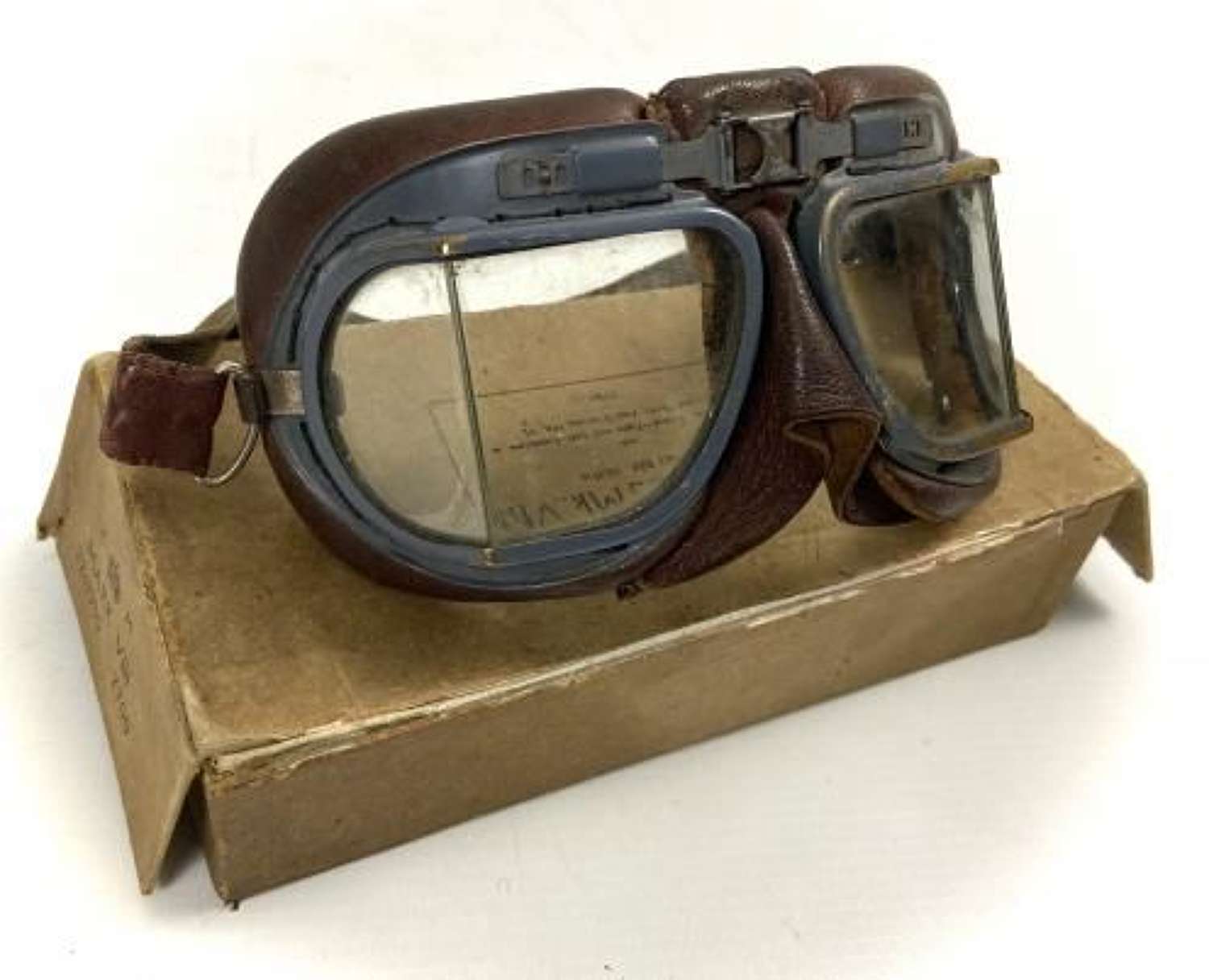 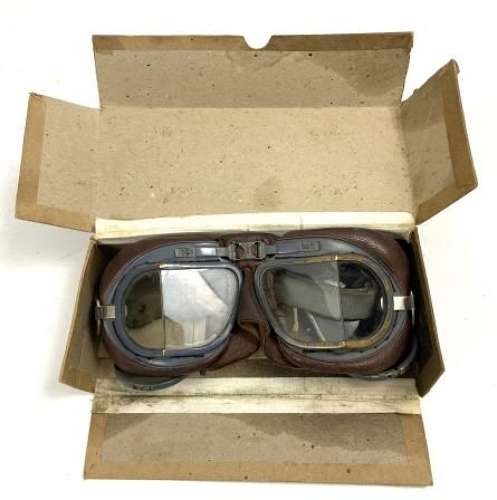 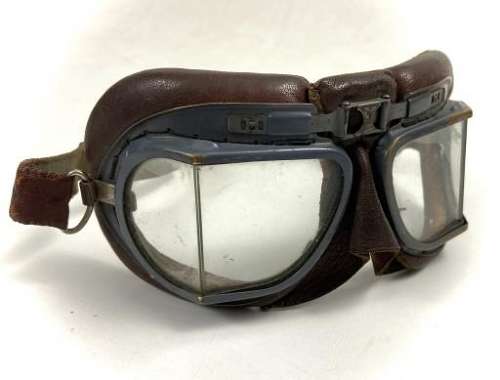 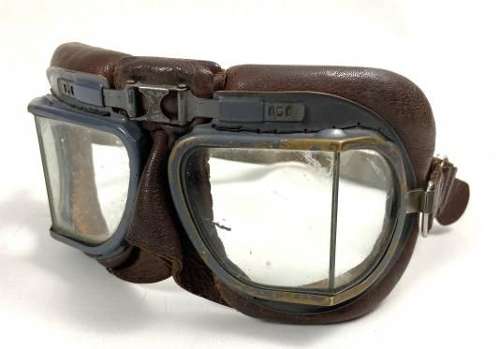 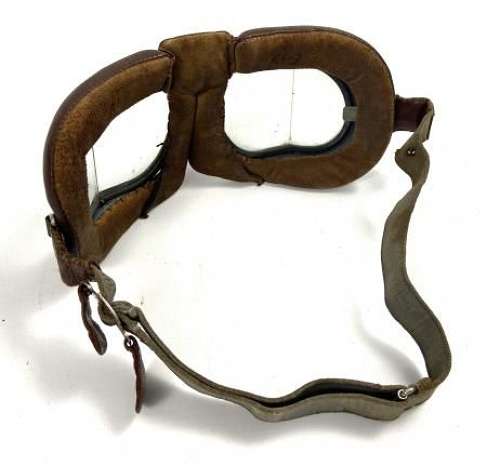 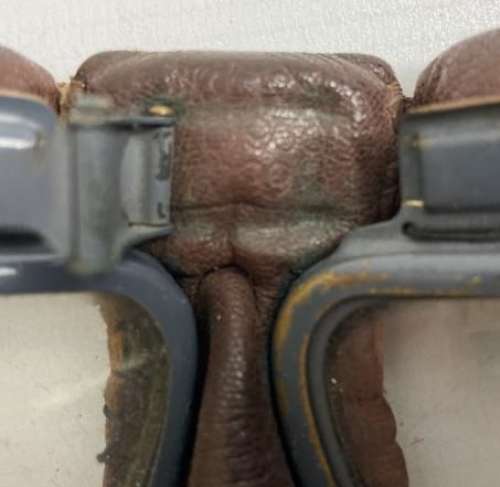 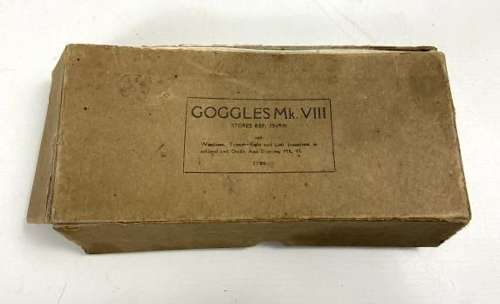 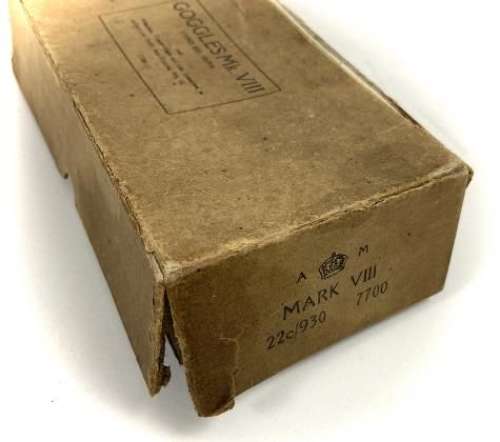 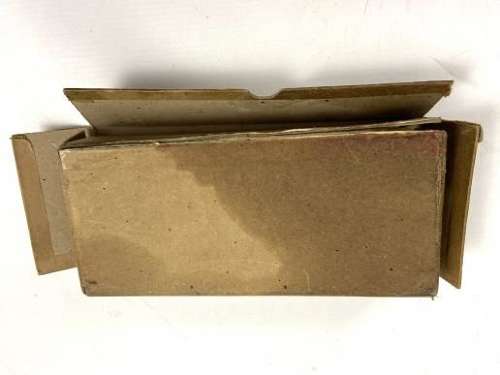 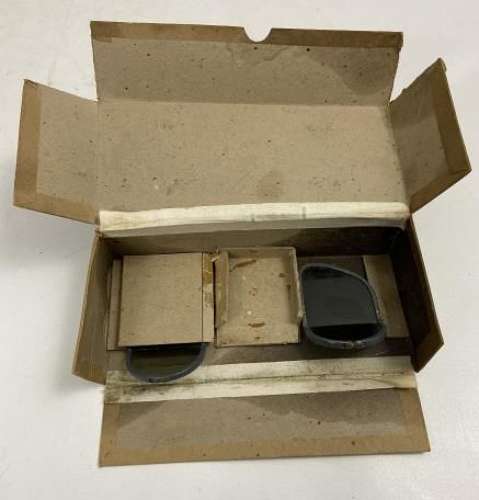 The MK VIII goggles are arguably the most iconic of all RAF goggles, coming into service during 1943 and stay in use with the RAF until the 1960s.

These fantastic goggles still retain their original Air Ministry stamp and 22c/ stores number which is stamped into the leather between the two eye pieces. Many pairs of MK VIII goggles offered for sale do not in fact have this AM stamp and those that do are much more sort after by collectors.

As well as this they come complete with their original box which have usually been lost over the years. The box is the specific issue type with 'Goggles MK. VIII' stamped to the top as well as the stores code 22c/920. This stores code is repeated on the side of the box and the Air Ministry AM marking with crown also features above this.

Inside the box is a set of tinted lenses which can be changed for the clear lenses fitted to the goggles currently. They are held into the carboard case with separate carboard U-sections although sadly one has been removed at some stage in their life. The box is in reasonable condition for its age but does appear to have suffered slight water damage to the bottom.

The goggles themselves are a nice pair and display very well. The brass frames retain a good portion of their original blue painted finish and have the curved edges often associated with AM issue examples by collectors. They also feature the larger face cushions which are again sort after and the leather is in nice condition. There is a small area of stitching around the nose which has come away but this is only noticeable on close inspection and not visible when the goggles are displayed. The chamois backing is relatively clean for their age and has been marked in ink with what looks to read 'RG7'.

The elastic chin strap is also in reasonably good condition retaining a good amount of its elasticity as well as the two leather pullers which are often missing. It does have a couple of small holes however and the metalwork has tarnished slightly.

All in all a nice pair of original goggles complete with their original box. These would make an excellent addition to any RAF or USAAF collection without a doubt!