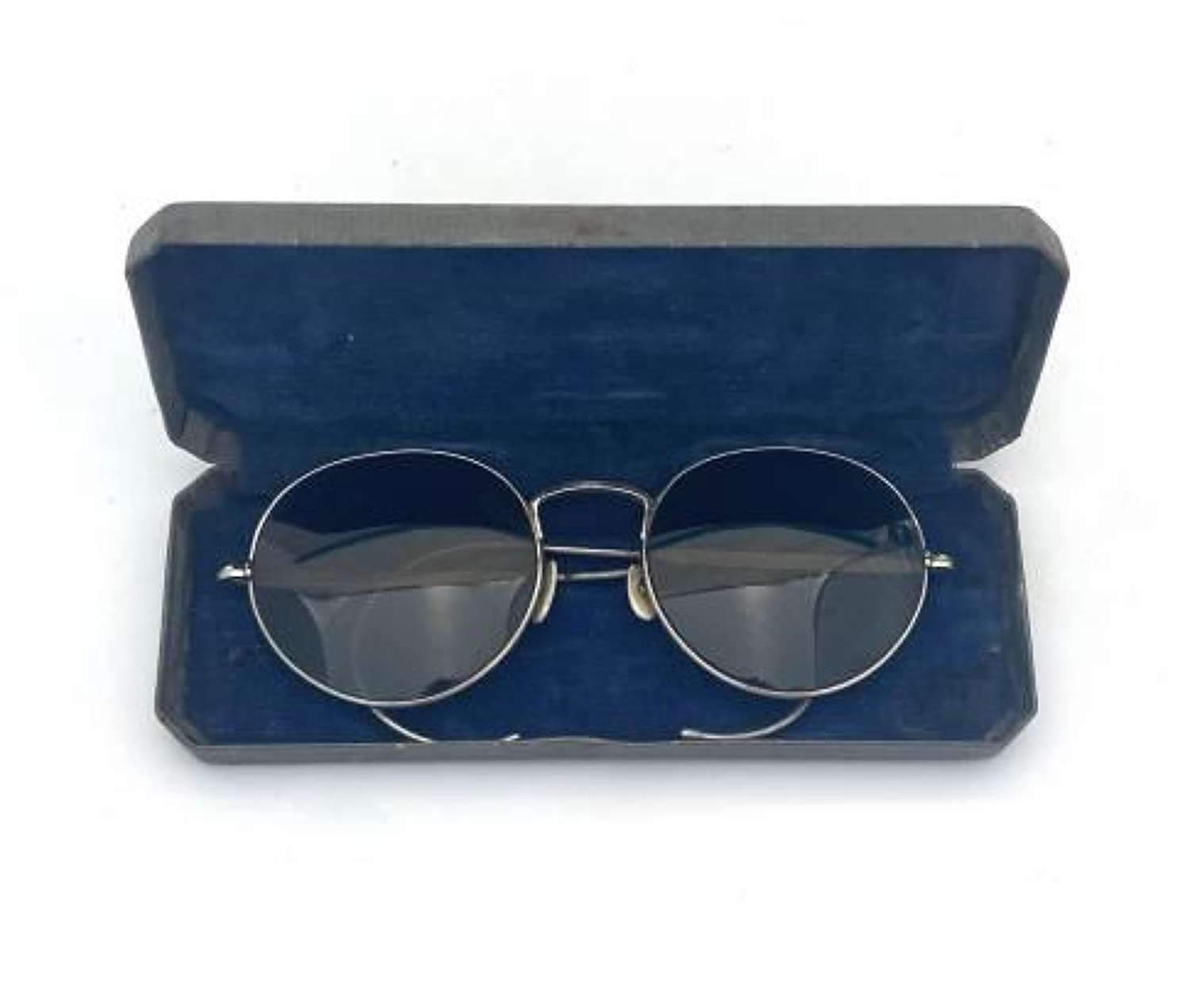 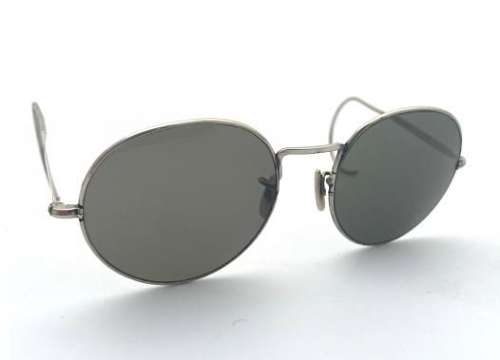 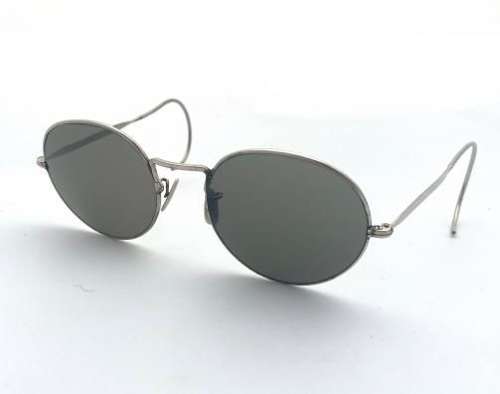 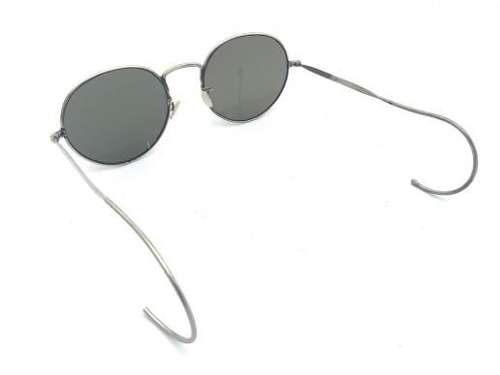 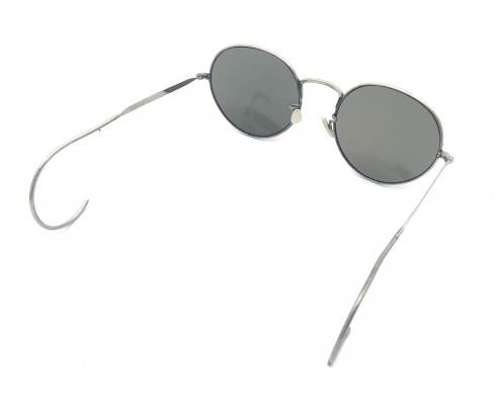 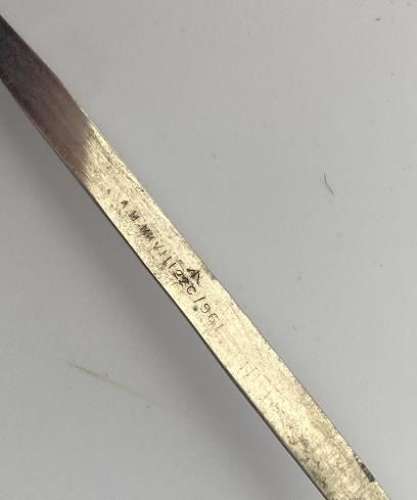 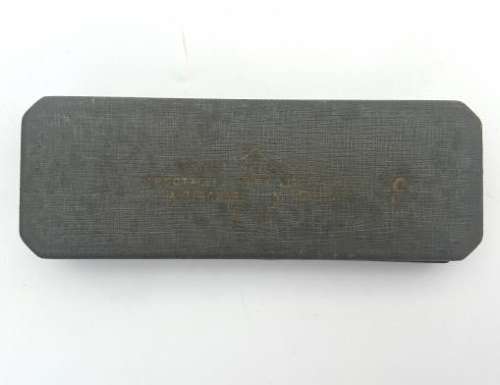 The glasses are the classic 'aviator' shape and feature chrome plated rims and arms with sprung wrap-around ear pieces. They have green tinted lenses of a very high quality which are still very clear and usable today. The inside of both arms bares the designation 'MKVIII' as well as the RAF stores code of 22c / 961. The Air Ministry 'A.M' proceeds the information whilst the War Department broad arrow can be found above it.

The glasses are in good used condition with only limited signs of age and use. One of the arms is slightly more loose than the other but this does not effect how they display and is not an issue when worn.

Finally, the original case is still intact and usable with some signs of wear and age. The top features markings which include the War Department broad arrow marking and the 22C reference number. The size is also stated as medium.

A nice pair of original wartime sunglasses which would make a great addition to any collection!