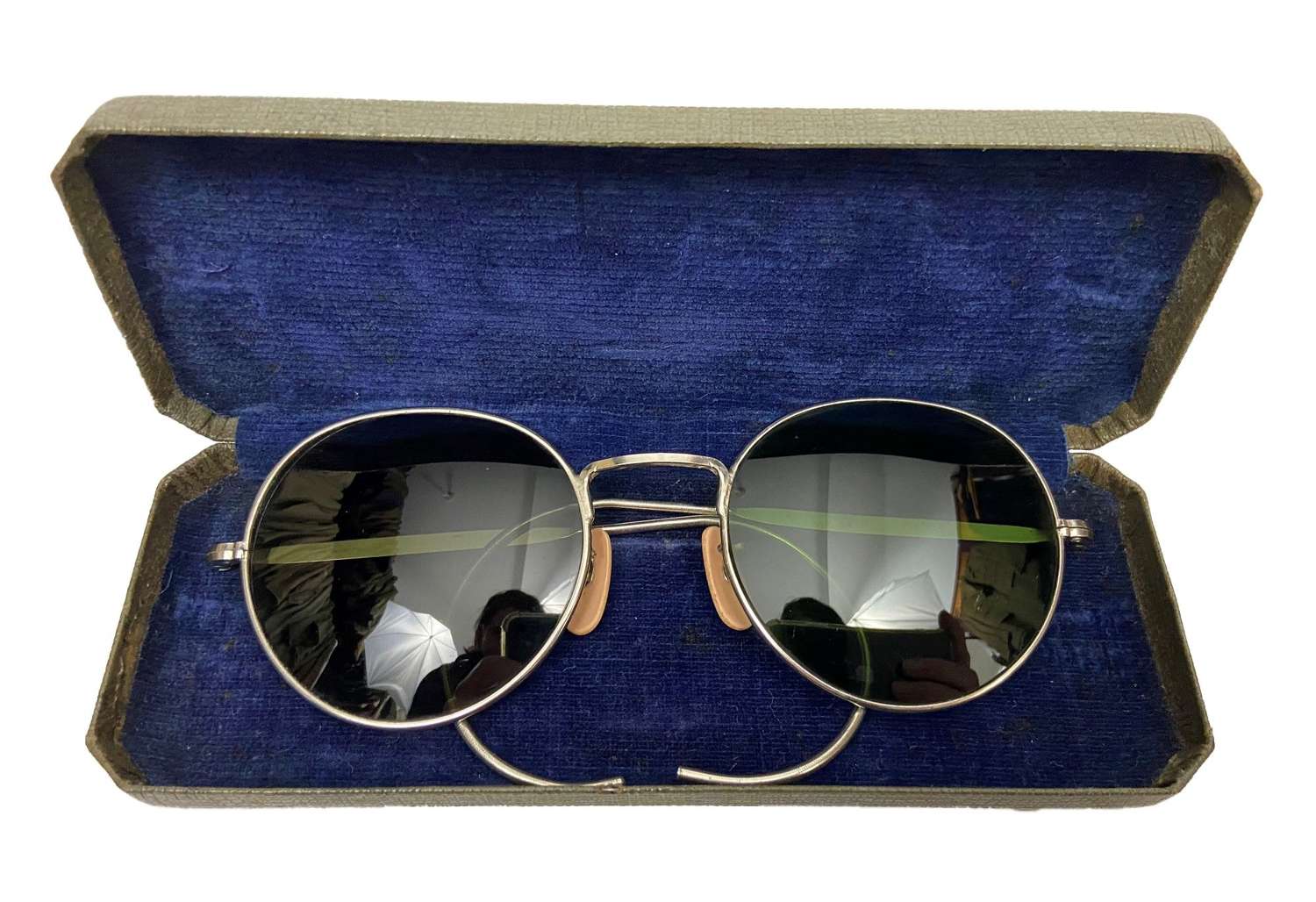 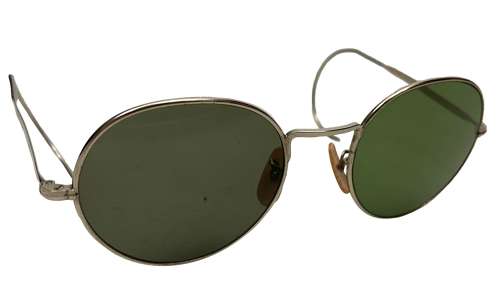 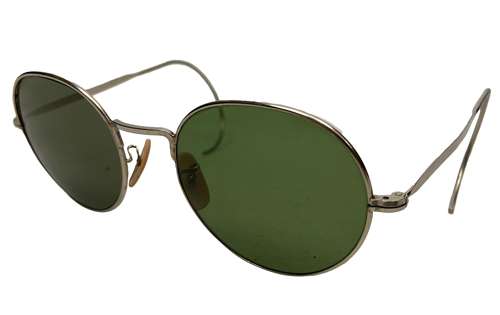 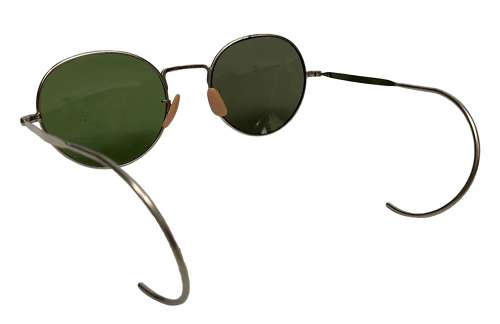 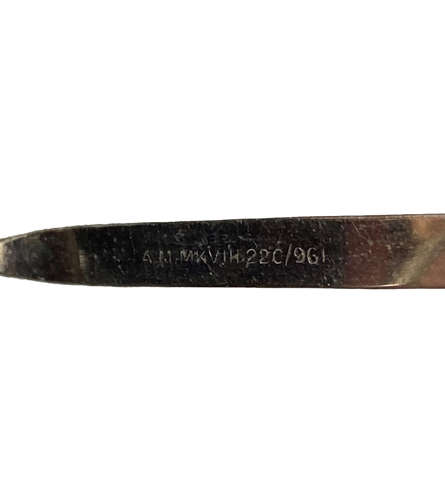 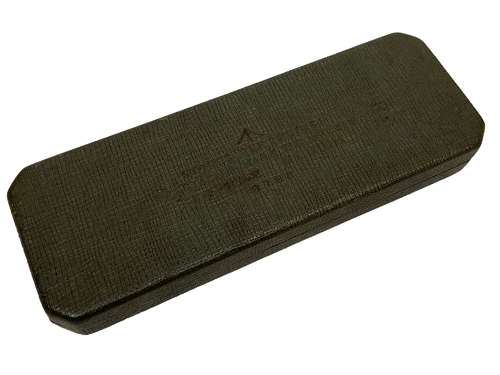 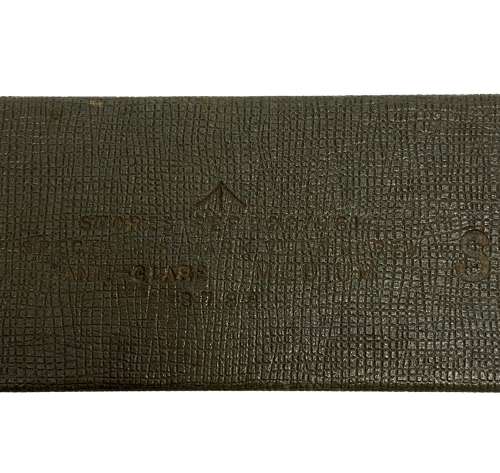 An original pair of RAF MK VIII Sunglasses dating from the Second World War and complete with their original case.

The glasses are in good used condition with only limited signs of age and use. One of the arms is slightly loose but this does not overly detract from a very clean pair of original sunglasses. It is important to remember that these are a pair of pre-owned, vintage sunglasses which have been used previously.

Finally, the original case is still intact and usable with some signs of wear and age. The top features markings which include the War Department broad arrow marking and the 22C/961 reference number. The size is also stated as a size medium