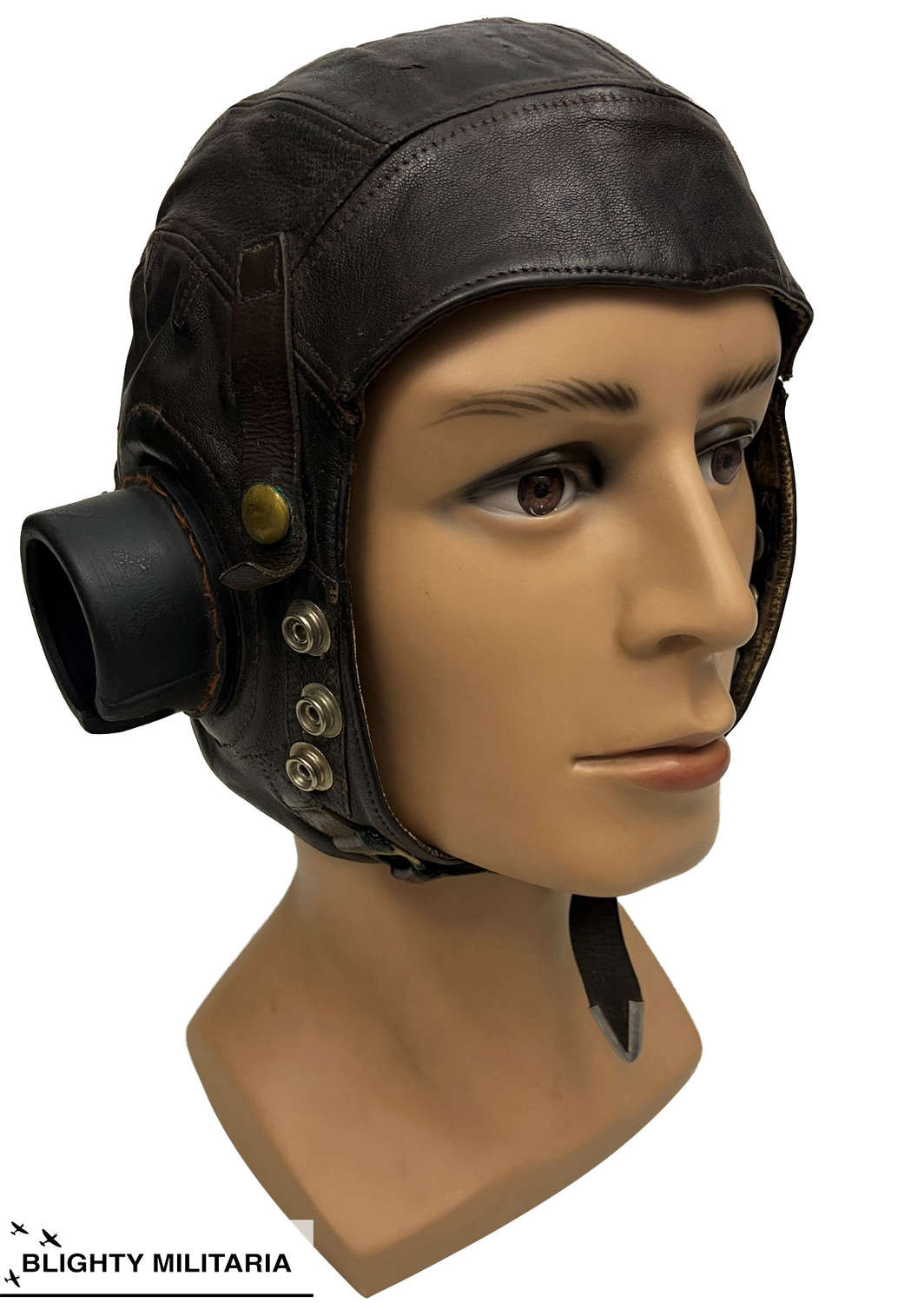 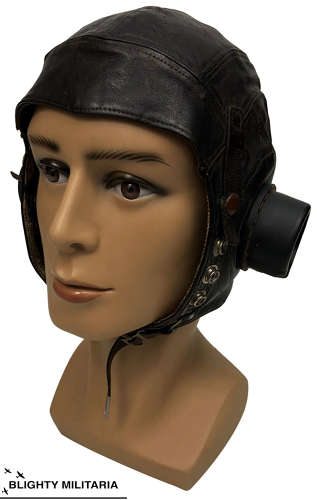 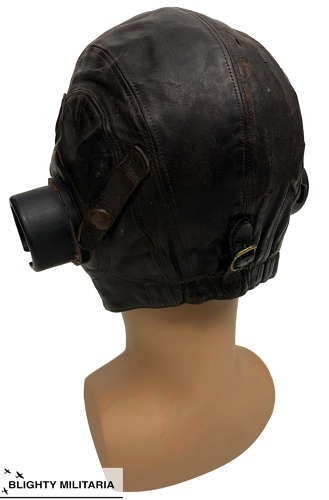 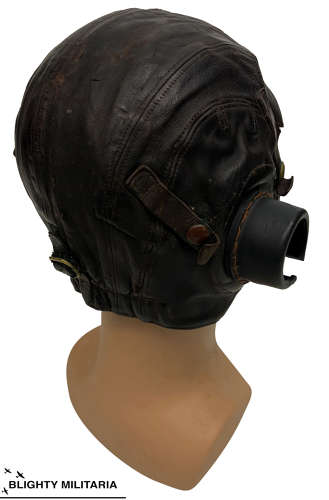 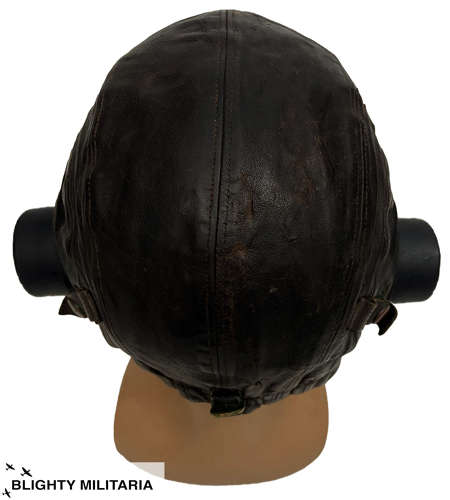 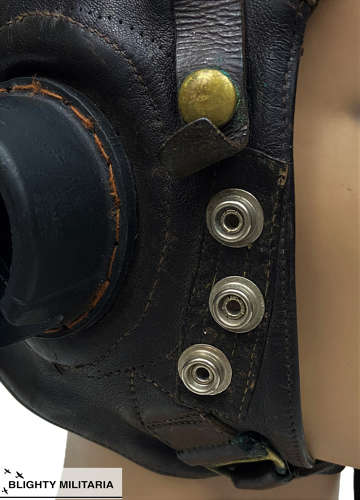 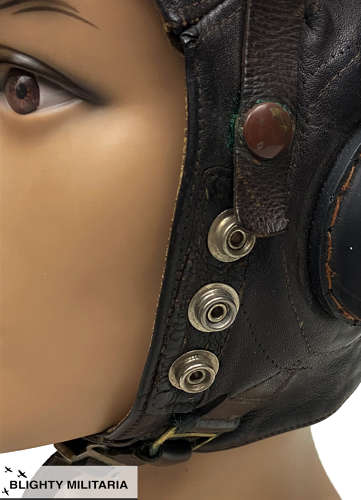 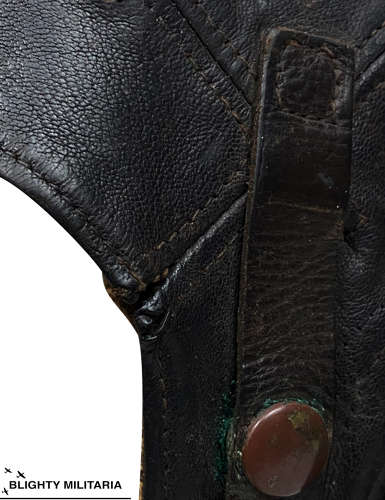 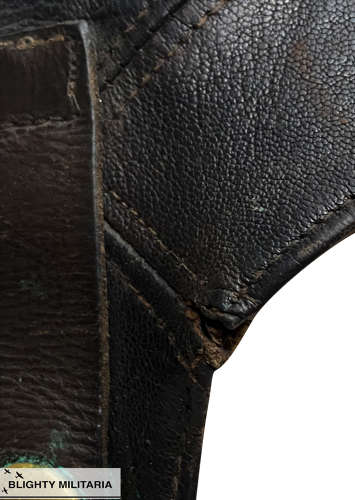 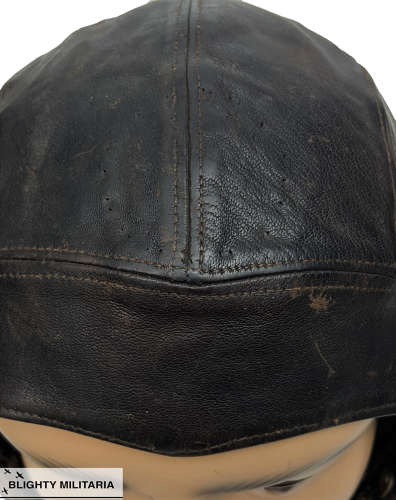 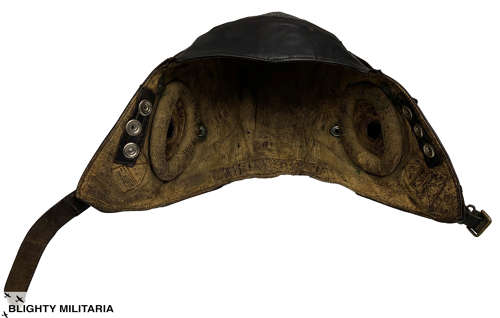 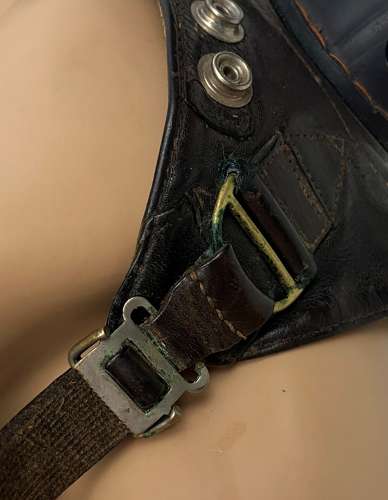 This pattern of helmet was introduced during 1941 and replaced the B-type flying helmet. It is synonymous with the fighter pilots of the Second World War and also saw use with Bomber Command, the USAAF and many other during the conflict.

Features of the first pattern C-type also include forward goggle straps, not seen on the later models as well as a leather chin strap. Like the B-type flying helmet, this helmet was designed to be fitted with an external wiring loom. This example has been fitted with replacement rubber receiver cups fitted by Stephen Silburn as well as replacement oxygen mask press studs, also fitted by Stephen. There is evidence of where a circular badge has been fitted to the crown of the helmet at some stage.

This particular example is in good condition and displays nicely. The leather is good and supple whilst the chamois lining found inside the helmet is reasonable with plenty of signs of use. There are two small splits at the front of each side of the centerpiece at the temple as shown in the pictures. Overall it displays well but please take time to study the pictures before purchasing.

The helmet has no labels or markings but will easily fit as a size 2 and may fit up to a size 3.

Overall a nice early helmet, which whilst not perfect, is a good solid early example which displays well.