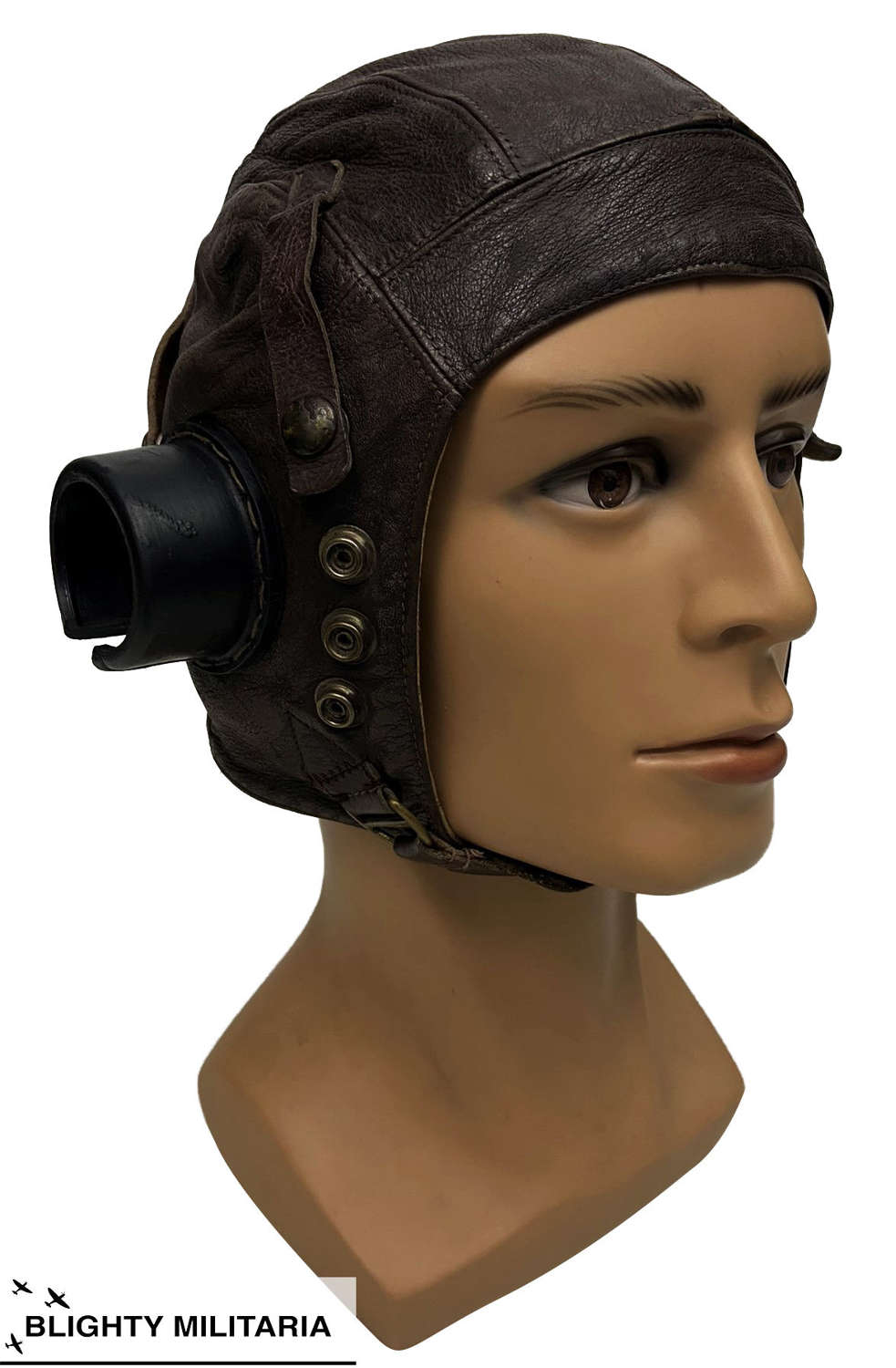 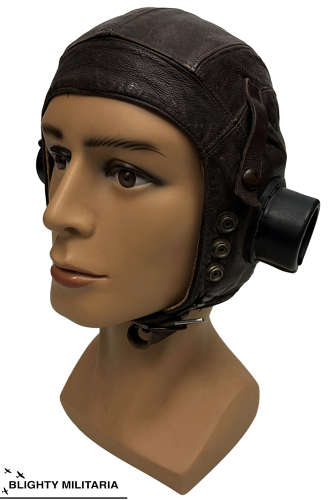 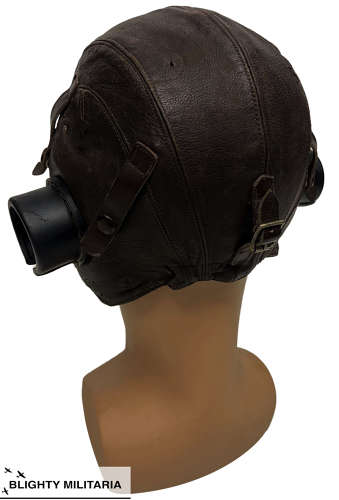 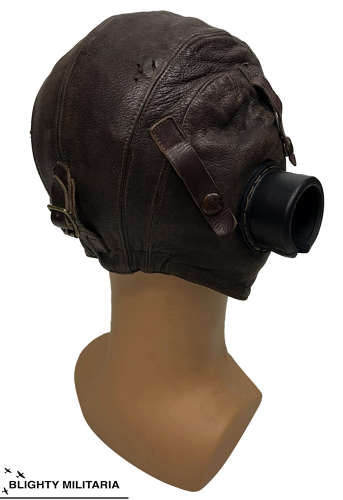 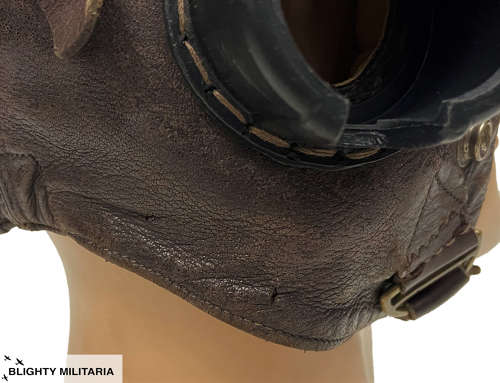 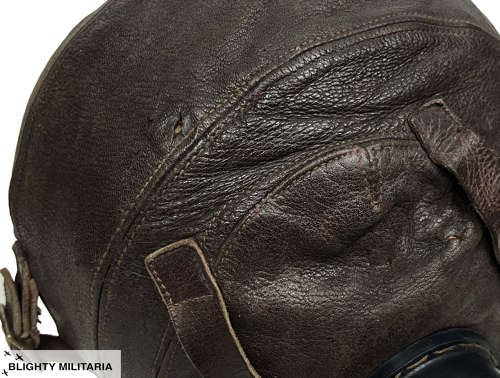 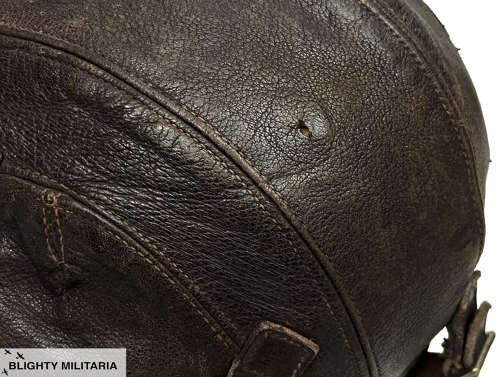 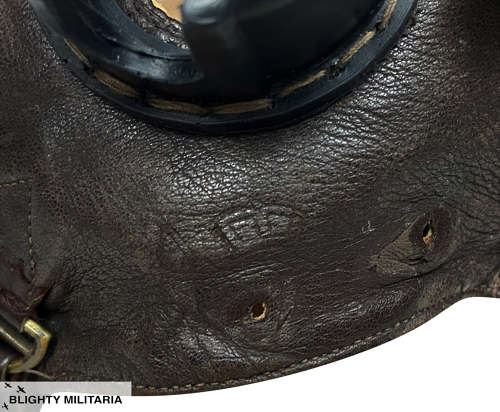 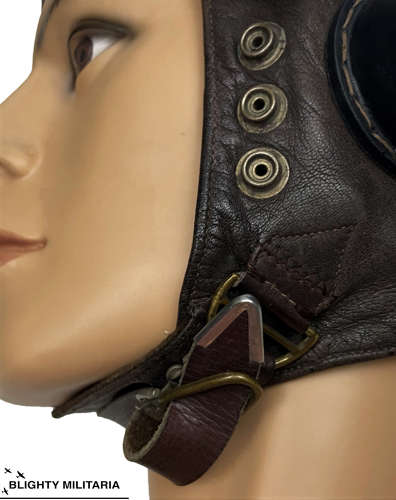 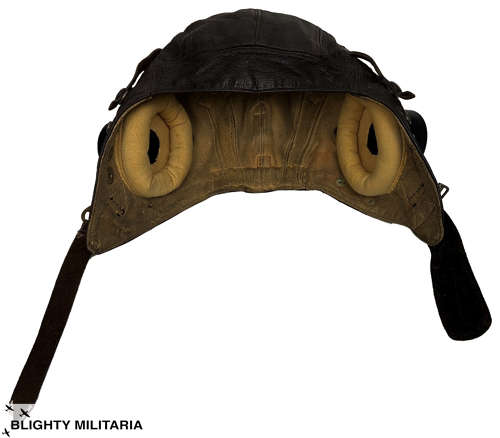 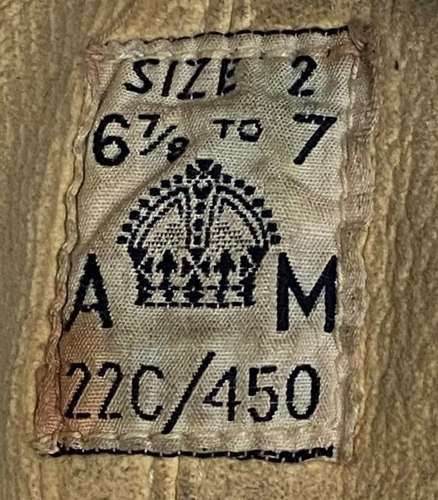 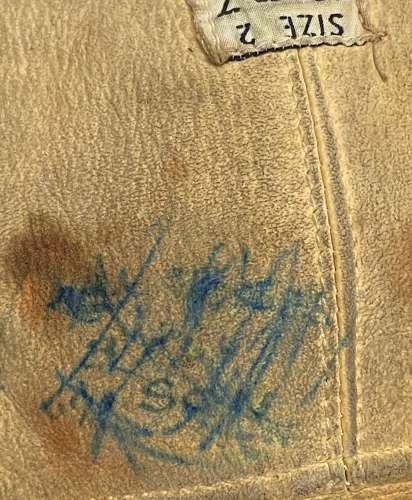 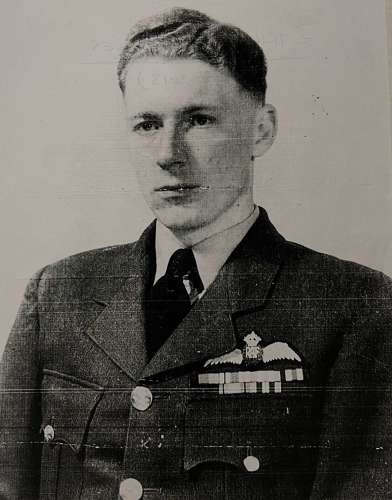 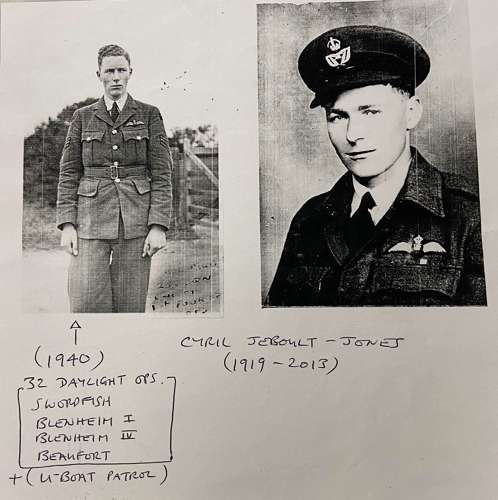 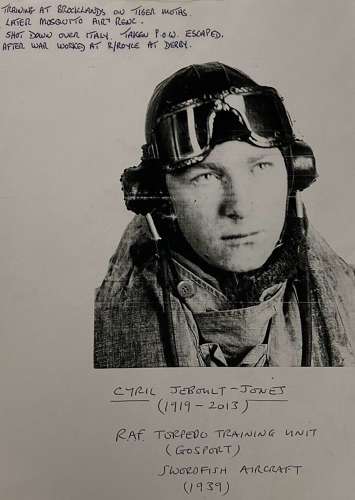 The helmet itself is a typical early C type which at some stage was fitted with guide plates for the MKIV flying goggles. Like many early C type helmets, this example features the extra goggle straps to the front of the helmet not seen on later patterns as well as the leather chin strap and 'Bennetts' buckle which is usually associated with this pattern. There are holes where the guide plates were previously fitted which are detailed in the pictures. The rubber receiver cups are replacements fitted by Stephen Silburn as are the chamois covered 'donuts' inside the helmet. The original Air Ministry AM and crown stamp can be found in the leather to the left hand side underneath the rubber receiver cup.

The original label is present to the interior and is typical of those found on helmets made around 1941. It bears the RAF stores code of 22c/450 as well as the size of 2 and the Air Ministry AM and crown marking. There is also some writing in ink which quite likely relates to the original owner although it is sadly no longer legible.

The overall condition of the helmet is good and it displays well. There are signs of wear and age and the chamois interior is soiled which is to be expected of a helmet which has seen action. Please study the pictures before purchasing.

A nice original early flying helmet which could be the same one Cyril is wearing in one of his wartime photographs attached to the listing.