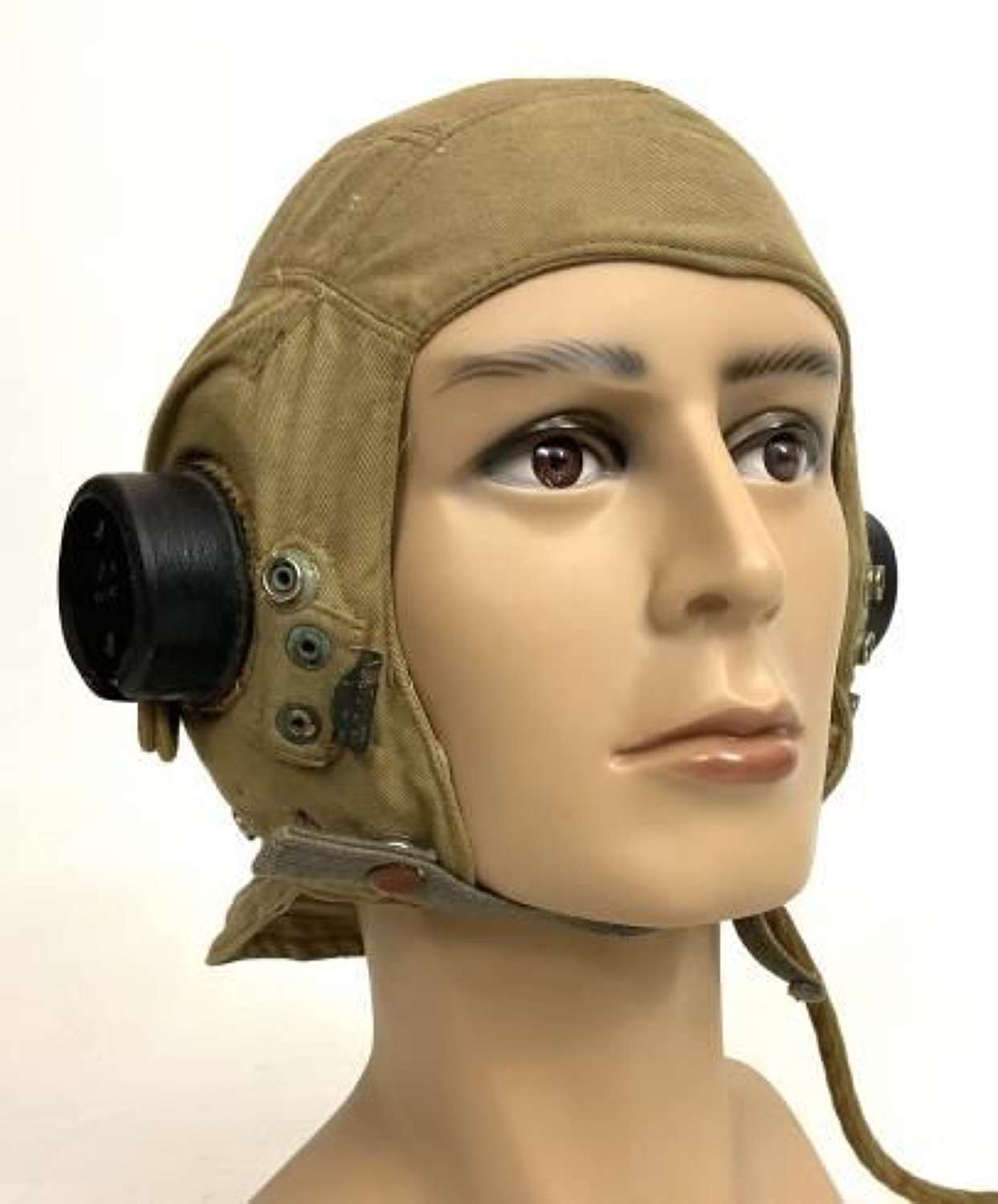 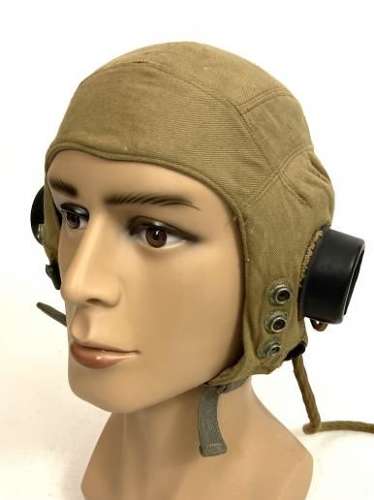 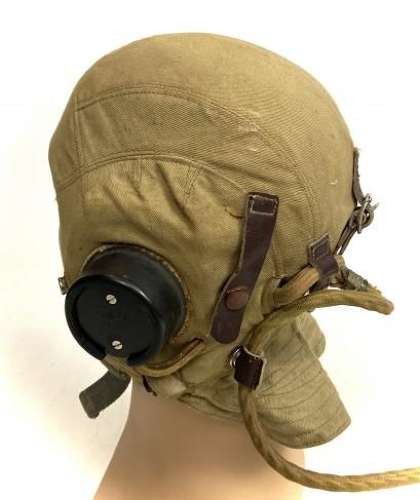 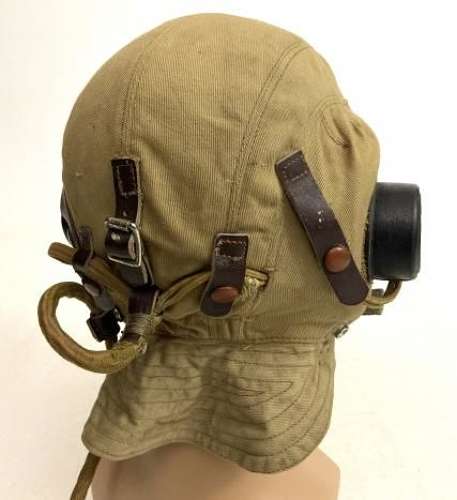 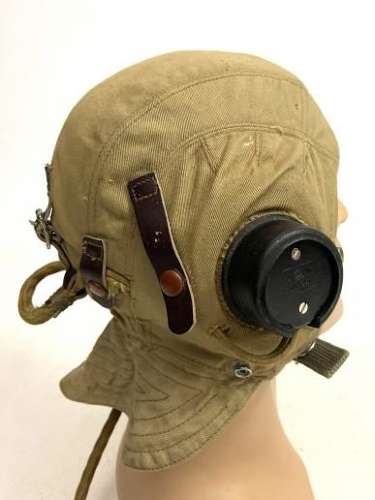 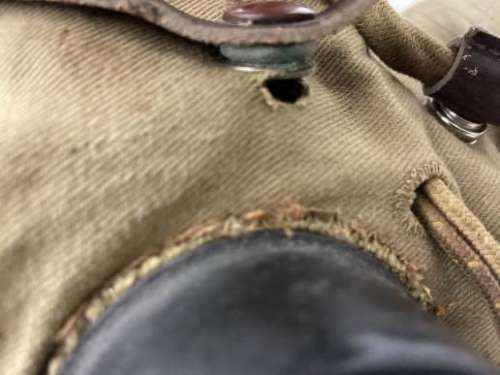 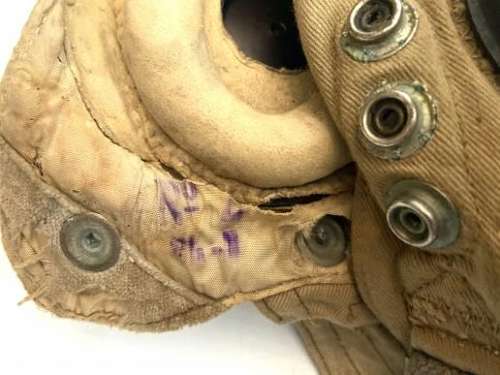 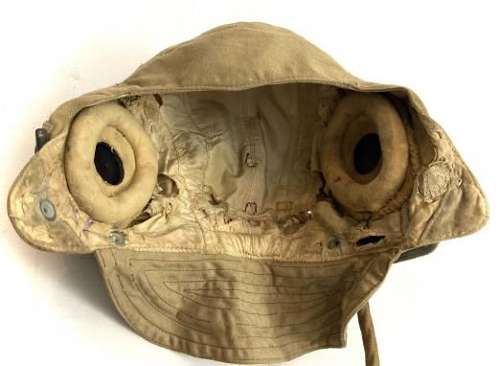 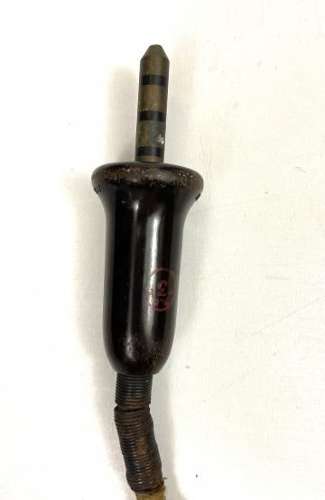 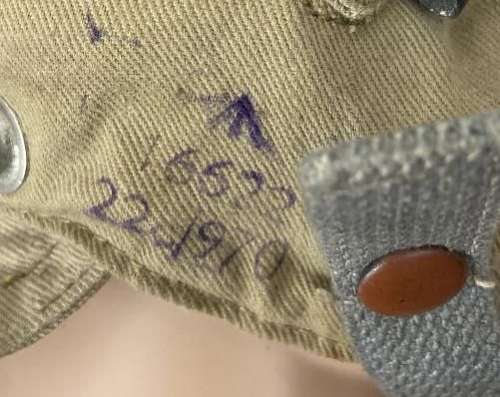 This pattern of flying helmet was introduced in the first half of the Second World War for use in the tropics. These helmets saw use in the Far east and Middle east with the RAF and Costal Command. They all saw more limited use with the USAAF.

The helmet is made from a cotton drill material and is lined with an off-white satin. The pattern closely follows the second pattern C-type helmet with rubber earcups, internal wiring and elasticated chin strap. A neck flap is also present to keep the sun of the wearers neck.

The exterior of the helmet bares a purple stamp which reads 22c/970 which denotes the helmet as a size 2. The War Department broad arrow is also in evidence. Another purple coloured stamp can be found inside the helmet which states the size.

The helmet is in reasonable condition and displays well. The rubber earcups are good and the wiring loom is very nice with a good jack plug. The receivers are high quality reproductions from Steve Silburn. All the straps are complete and work although on pop stud has started to pull as is shown in the picture. The lining is well worn as is common with these tropical helmets but overall it displays very well indeed.

All in all a nice example of a D Type helmet which would make a great addition to any collection.