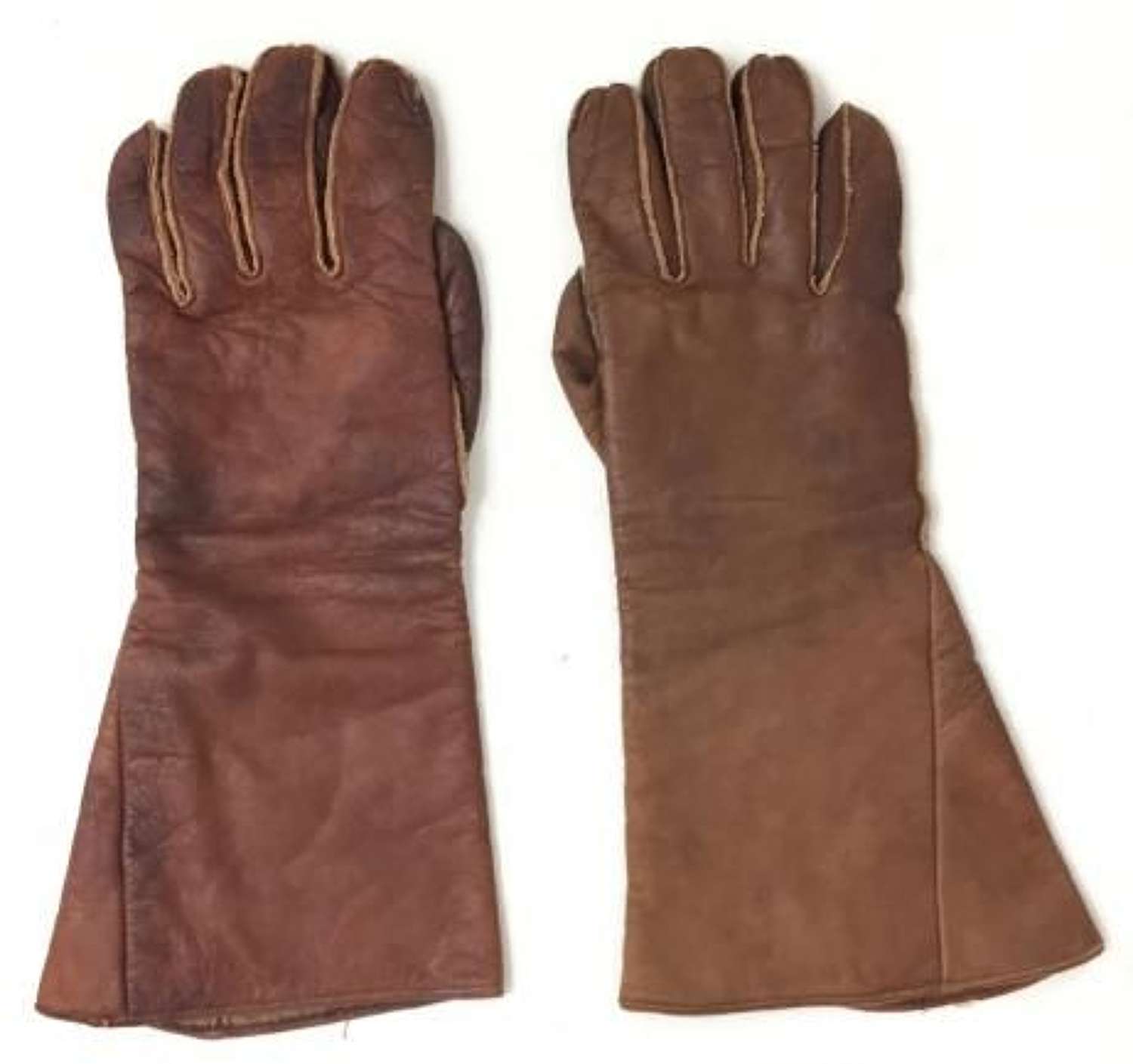 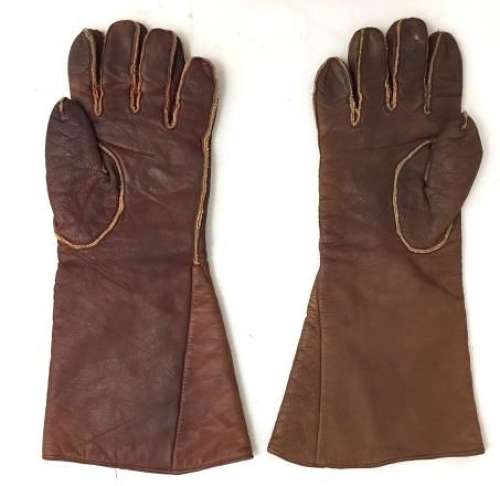 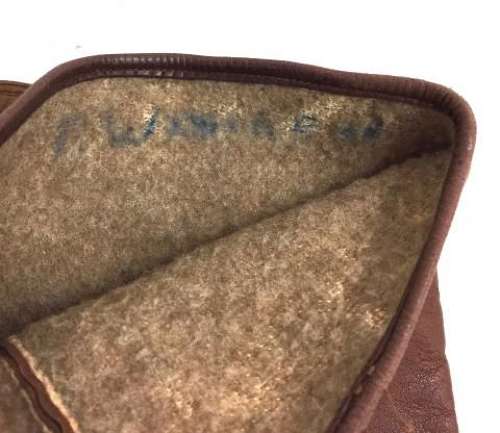 With D Type gauntlets the left and the right glove were always made in separate factories. This was to stop pairs of gloves from being stolen by workers leading to them being paired up at Squadron level. This meant that more often than not the colour of the two gloves did not quite match and this set is no exception to this.

This particular pair are of typical construction of the period being made from a soft brown leather with exposed edges around the fingers and thumbs and a wool lining. The are no interior labels which is not surprising as they were only glued in on this pattern but they fit to a good large size which I would estimate to be around a 9 1/2.

The original owner has added their name to the interior of the gloves in blue ink as shown in the pictures. Sadly I cannot read it!

The condition of the gloves is good as can be seen in the pictures and they display well.

A nice original pair of WW2 RAF gloves which would make a good addition to any collection.