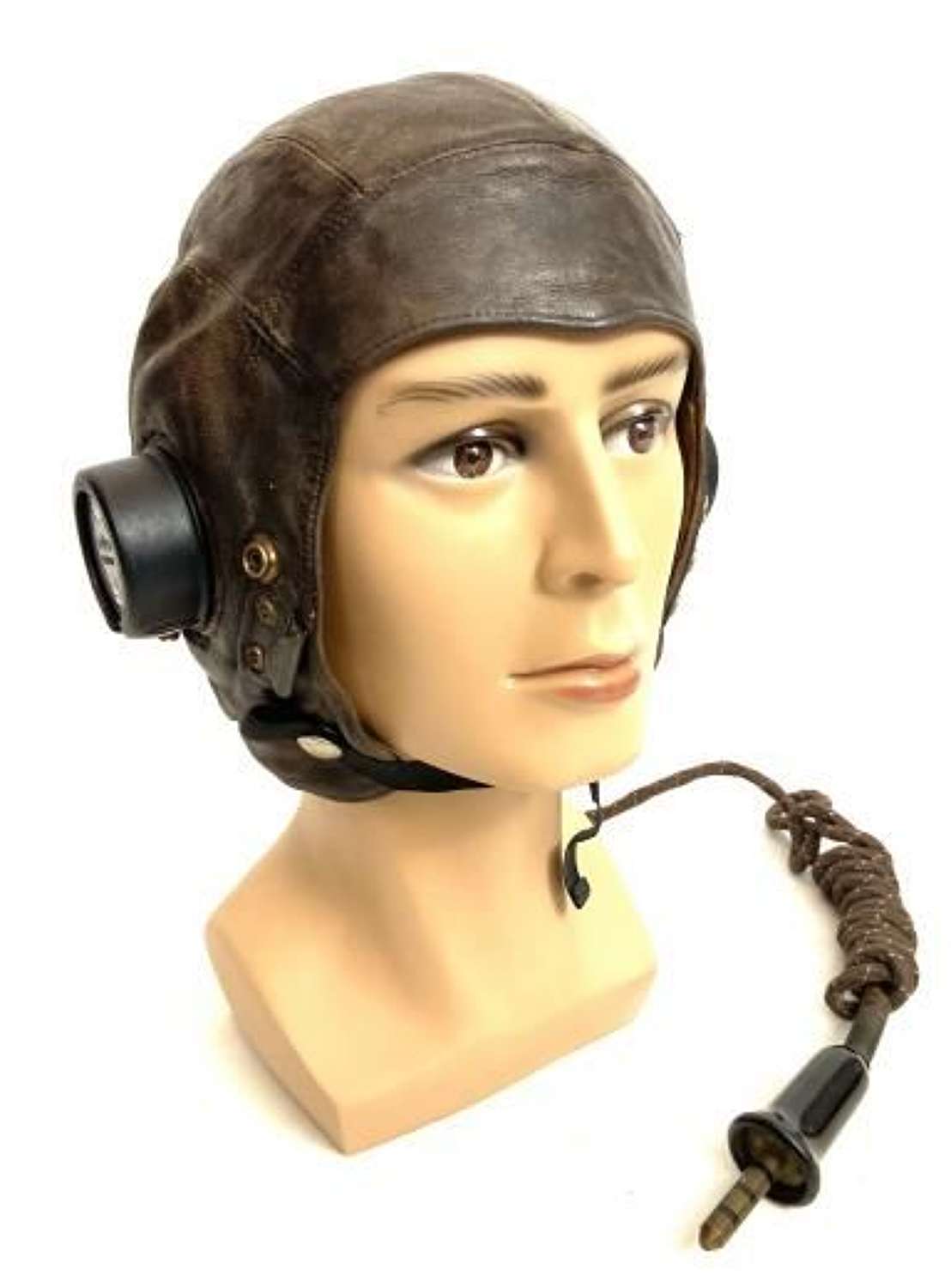 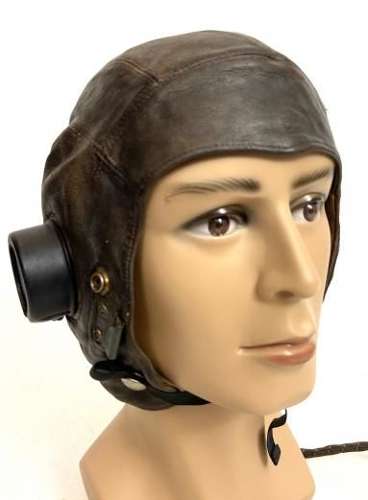 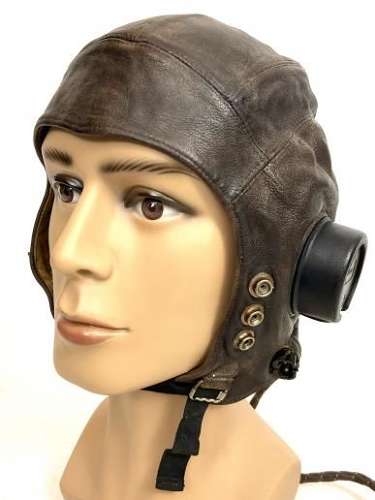 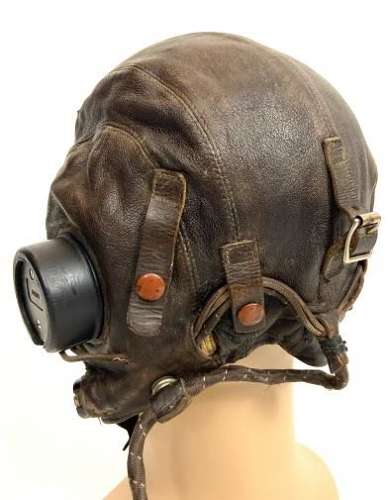 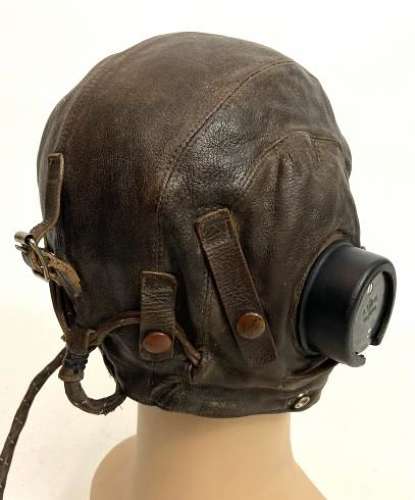 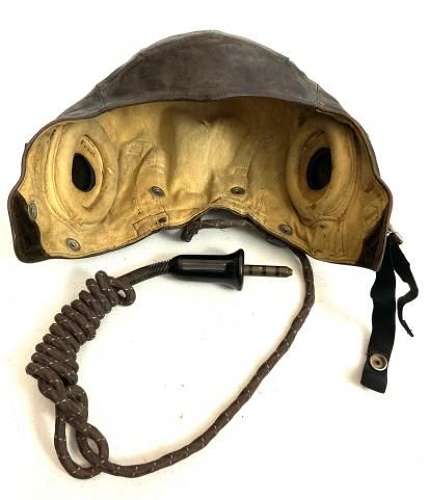 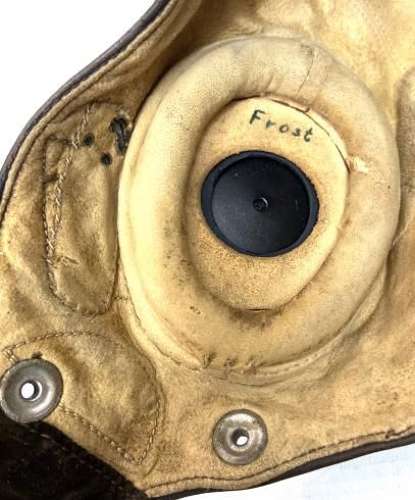 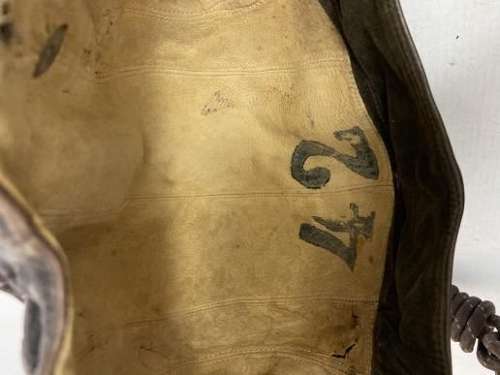 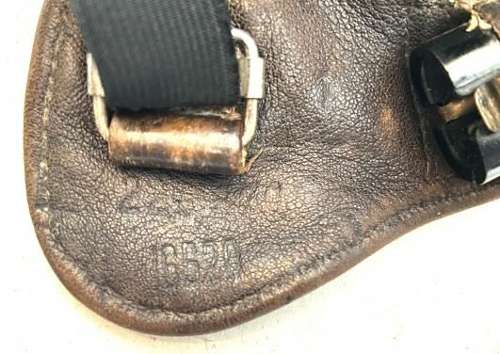 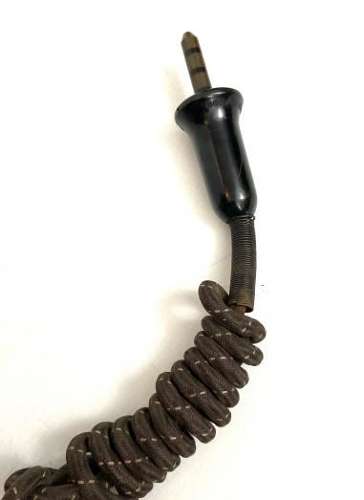 SOLD
An original RAF C-Type Helmet in a larger size 3 and in good condition.

The helmet is a good example and displays well as can be seen in the pictures. It features high quality replacement rubber ear pieces and replica receivers from Steve Silburn as well as a nice original dark coloured loom which is in excellent condition. The jack plug is also in fine condition.

The original RAF stores code stamp is still present to the leather exterior of the helmet and reads 22c/879 which denotes the size as No.3, the third largest size available in this pattern of helmet.

The interior of the helmet is very clean with only limited signs of soiling to the chamois lining. The original owners name has been added and reads 'Frost' whilst a large number '42' has been stencilled in ink. This number could relate to 42 squadron who flew Hurricanes during WW2. Part of an RAF wing can also be seen which appears to have been added in ink and is adds a certain charm to the helmet.

The overall condition of the helmet is very good as can be seen in the pictures. There is a small tear to the chamois lining but aside from that there are no serious issue I can see.

All in all a nice example of a C-type flying helmet which would be worthy of further research.