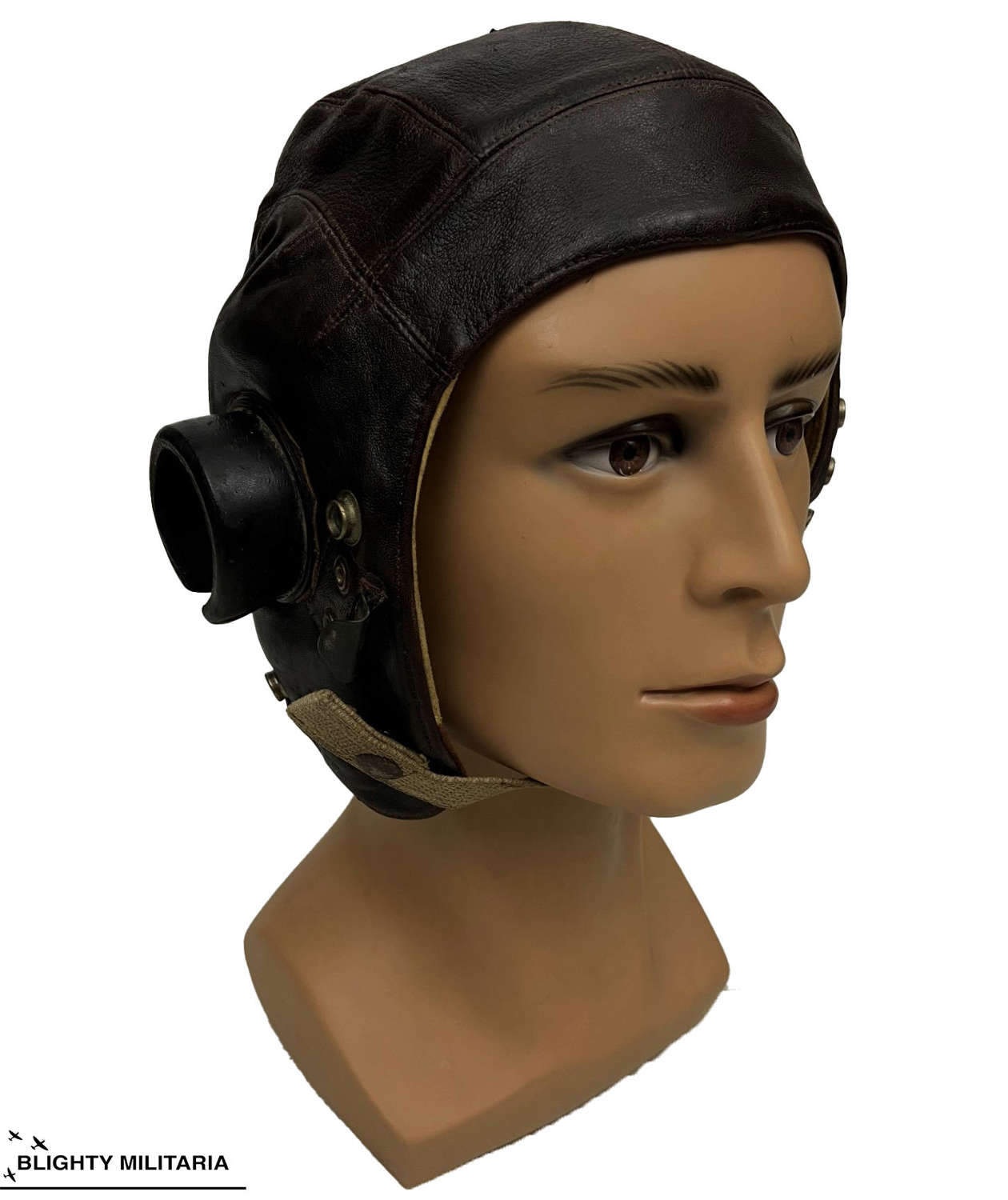 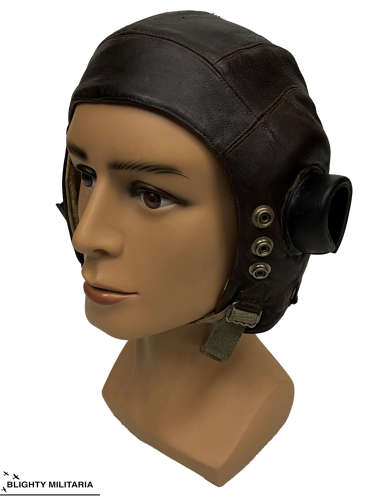 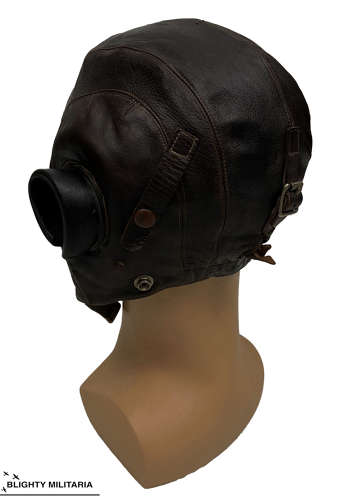 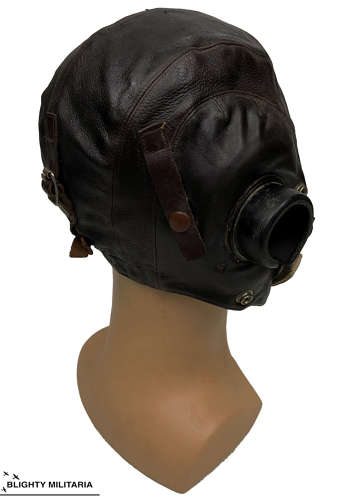 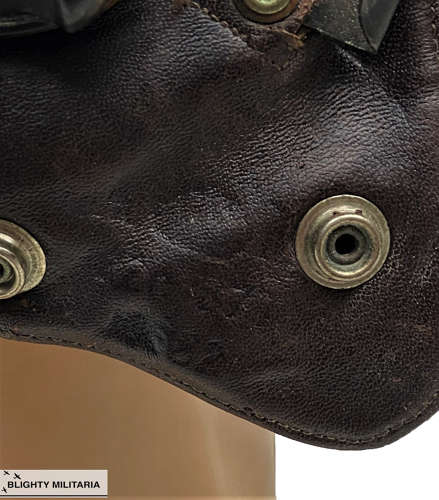 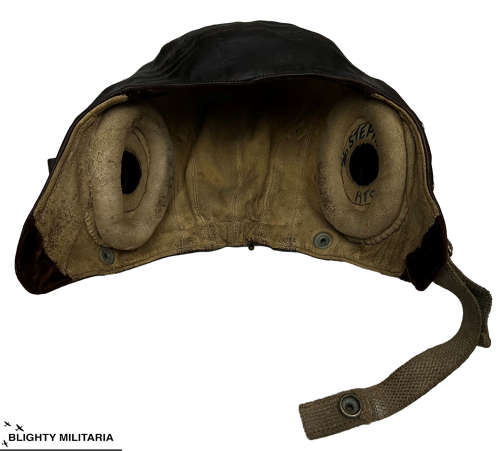 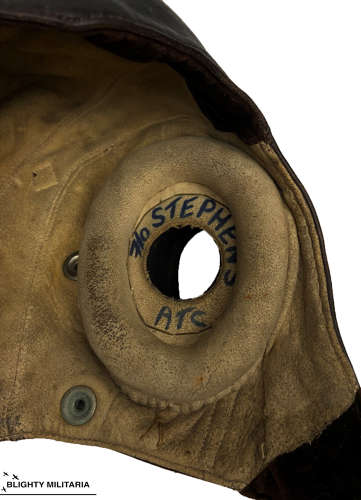 This pattern of helmet is sometimes referred to as the 'Second Pattern' C Type or, possibly more accurately, the first pattern internally wired C Type. This pattern was introduced in March 1944 replacing the earlier externally wired version and saw use throughout the rest of the conflict. The rear of the helmet features three straps which confirms this as a wartime helmet - The 5 strap version replaced this before the end of the war.

The helmet is a clean example overall and only has very limited signs of wear. The leather outer is in fine shape. It is still supple and pliable only having a few small scuffs present. All the pop studs are present as are the goggle straps which are in excellent condition. The pop studs themselves still retain most of their factory paint and the elastic chin strap is in good condition. The rubber receiver ear cups are slightly out of shape but are still totally pliable and will easily take a pair of receivers. There are signs of where tape has been applied to the exterior previously which was often done to hold receivers in place and was popular with the USAAF.

To the right hand side of the helmet the original Air Ministry stamp with crown is still visible, below which is the stores reference number. This is still very clear - more so than in the photographs. The stores code of 22c/877 is present and denotes the helmet as a size 1.

Inside the helmet the original owner has marked his name which reads 'F/O Stephens ATC'.

Altogether a very clean example of a wartime C Type helmet which displays well. This would make a great addition to any RAF display or collection.