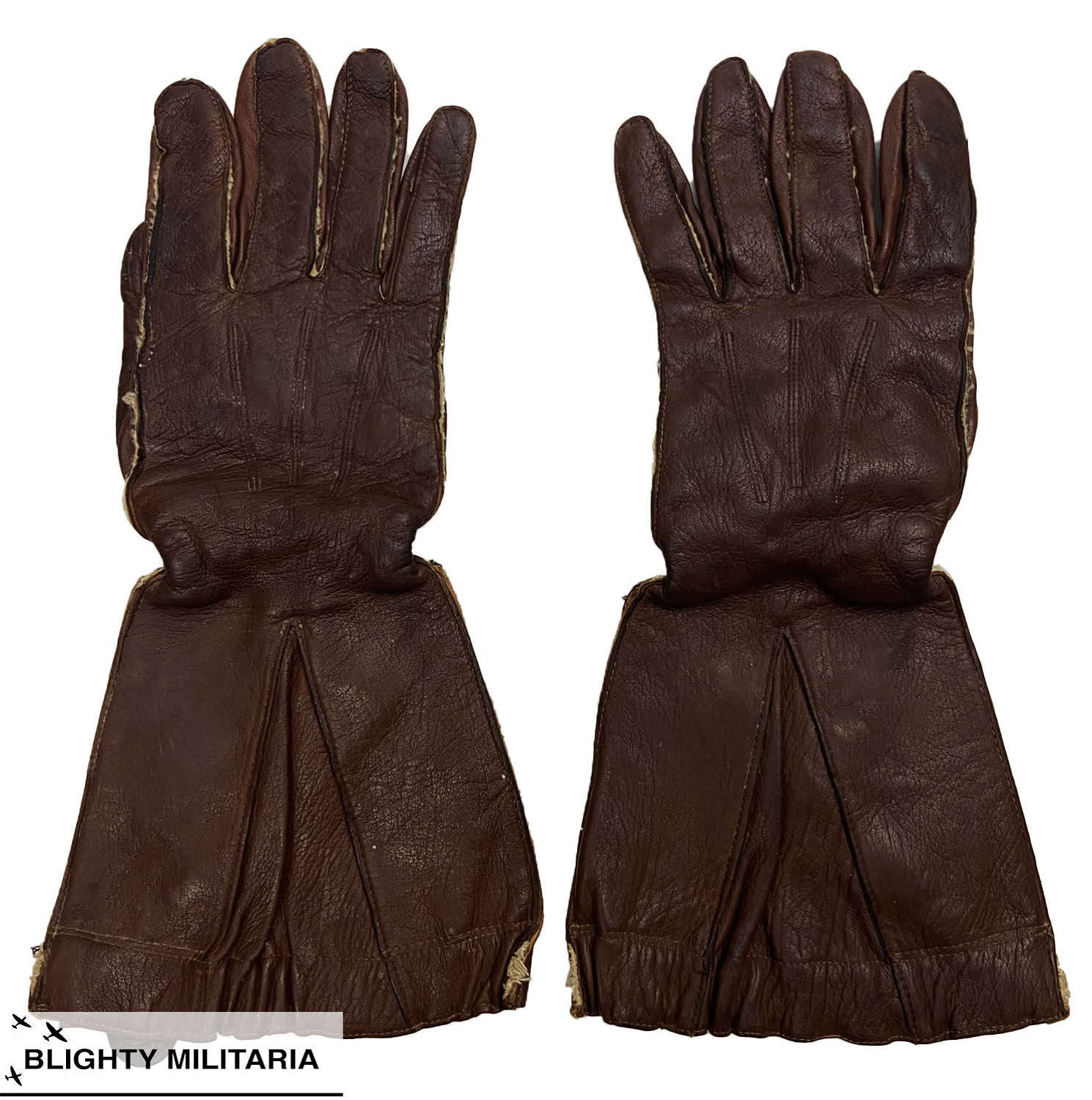 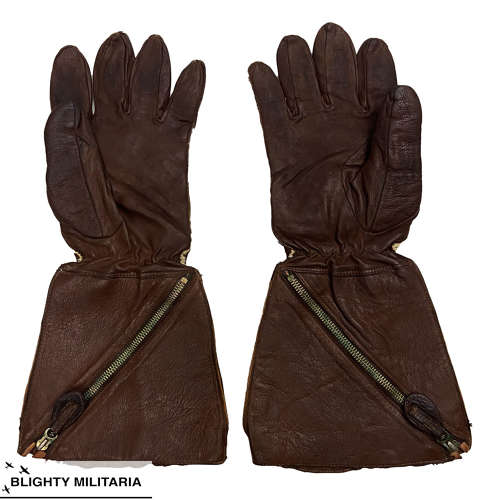 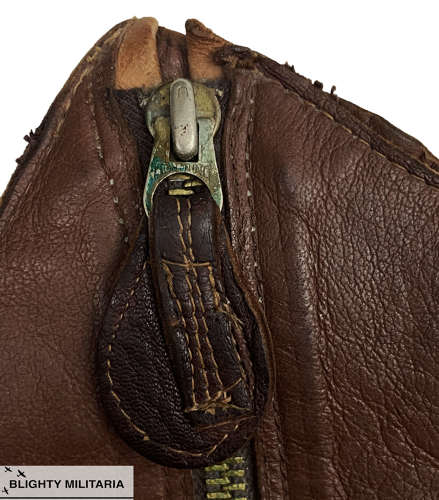 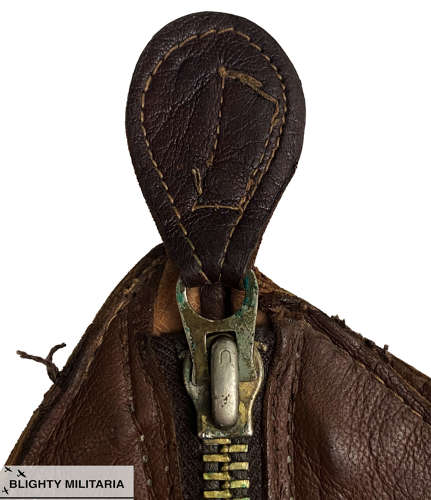 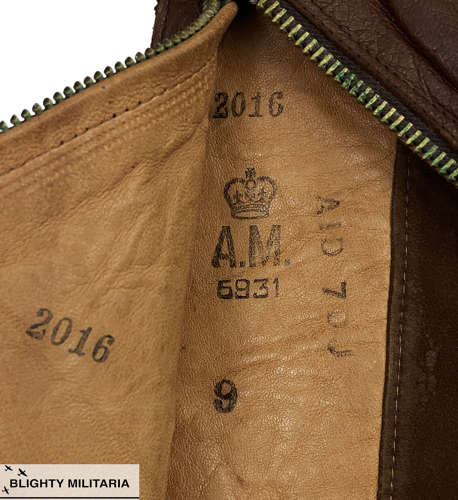 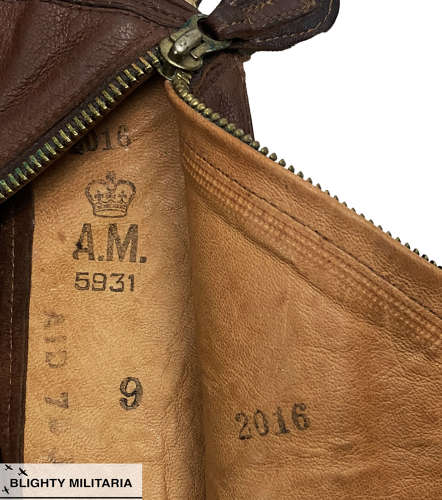 An original pair of Royal Air Force 1941 Pattern Flying Gauntlets which belonged to a Warrant Officer who flew with Bomber Command during the Second World War.

The gloves are typical of those issued during the war. They are a good matched pair made in brown leather and featuring angled zips which are maker marked 'Lightning' to the pullers. The leather pull tabs are still present which are often missing which is a nice detail.

The interior of the gloves bears the original markings including the Air Ministry AM and crown stamp, and A.I.D stamp and the size of 9.

The gloves are in good condition as can be seen in the pictures. There is no serious damage or flaws but signs of service wear etc. Please study the pictures before purchasing and bear in mind that these are a vintage item which may have small flaws commensurate with age.

A very nice pair of gloves which have history making them an excellent Bomber Command collectable. They would make a great addition to any RAF collection!