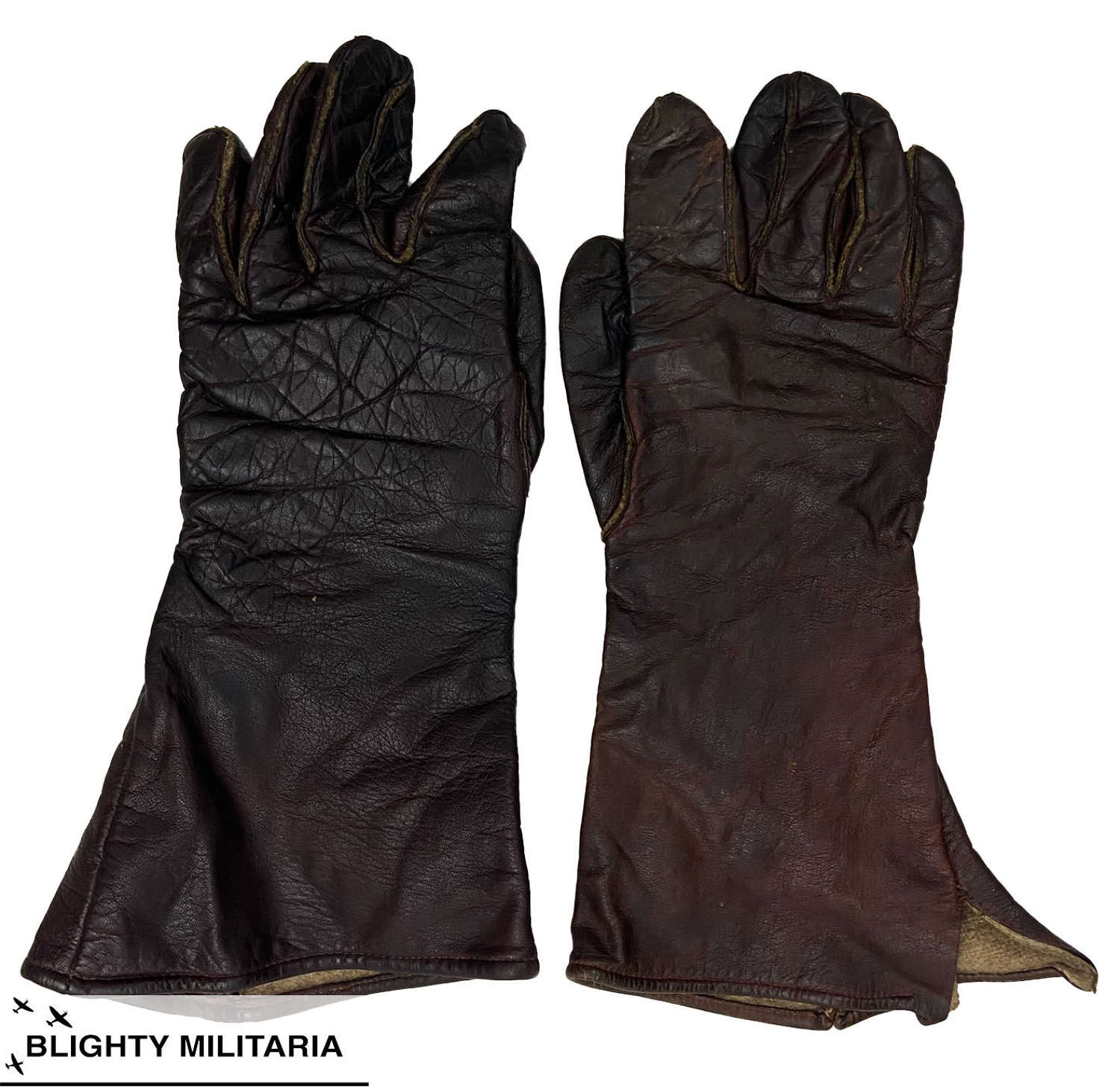 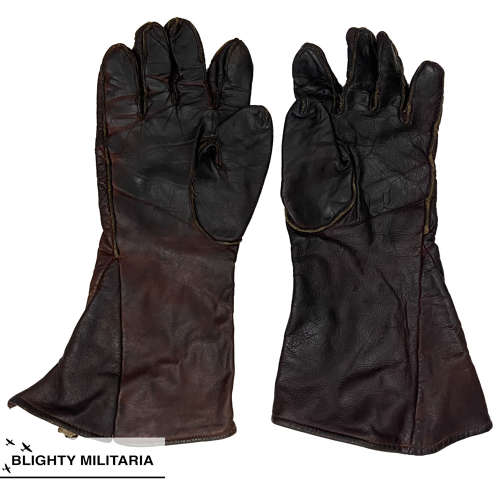 An original pair of Royal Air Force D Type Flying Gauntlets which belonged to a Warrant Officer who flew with Bomber Command during the Second World War.

With D Type gauntlets the left and the right glove were always made in separate factories. This was to stop pairs of gloves from being stolen by workers and meant they were paired up at Squadron level. This meant that more often than not the colour of the two gloves did not quite match and this set is no exception to this.

The gloves are a heavily worn pair which suggests that they were John's main pair. In contrast, John's 1941 pattern only show light wear which would suggest that these gloves saw most of the action. There is a split to one side seam and the labels have been removed.

Whilst in used condition, these gloves clearly saw plenty of action making them a great collectable piece. Being an attributed Bomber Command pair, they will make an excellent addition to any RAF collection.

The interior of the gloves bears the original markings including the Air Ministry AM and crown stamp, and A.I.D stamp and the size of 9.

The gloves are in good condition as can be seen in the pictures. There is no serious damage or flaws but signs of service wear etc. Please study the pictures before purchasing and bear in mind that these are a vintage item which may have small flaws commensurate with age.

A very nice pair of gloves which have history making them an excellent Bomber Command collectable. They would make a great addition to any RAF collection!