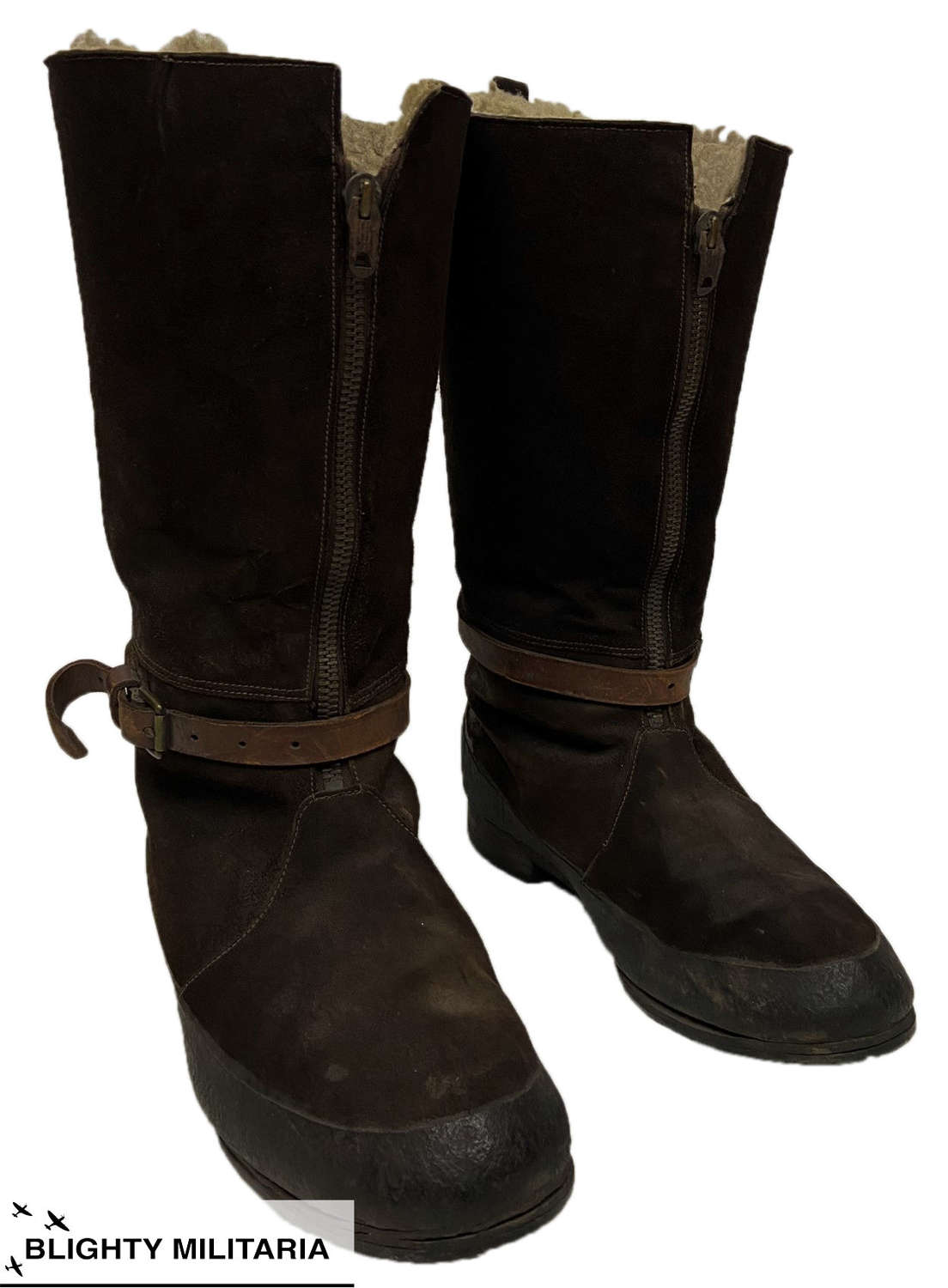 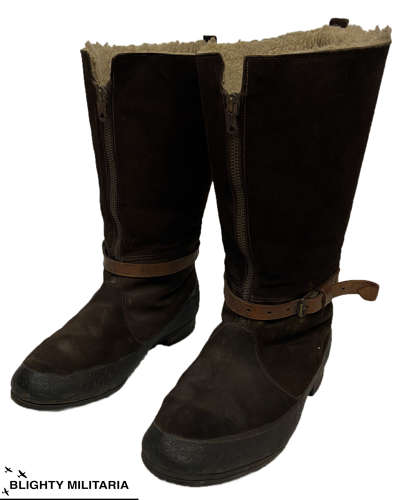 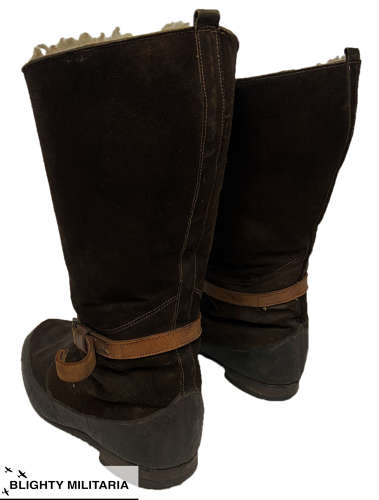 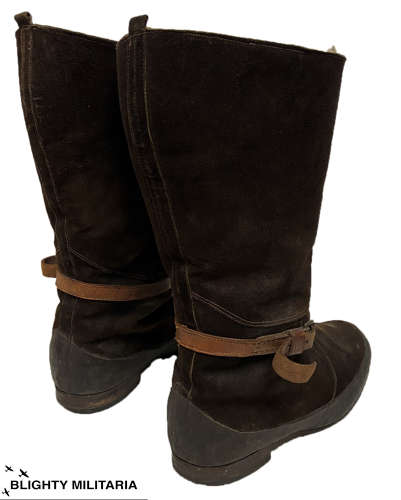 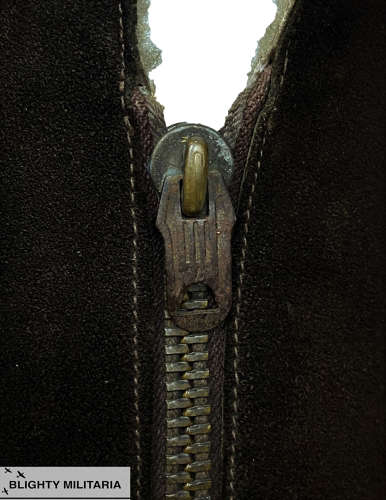 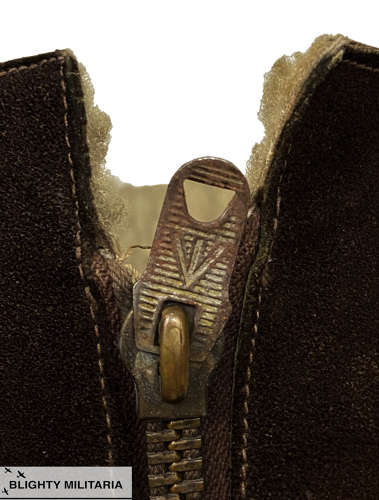 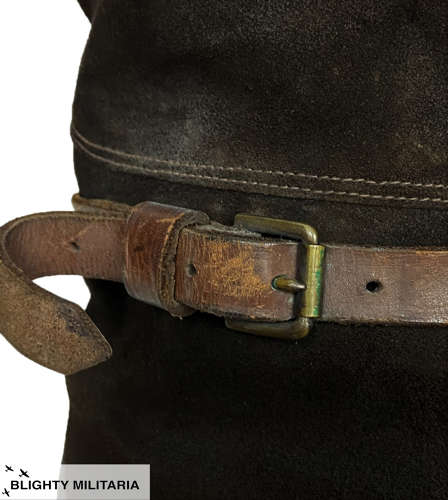 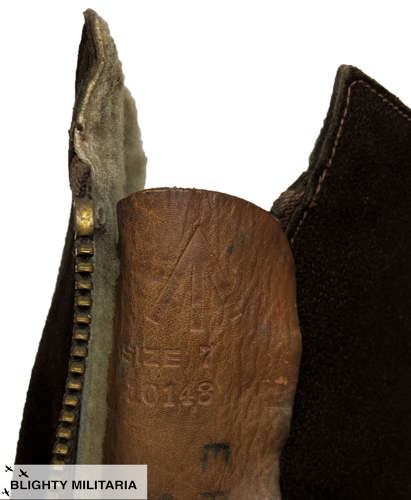 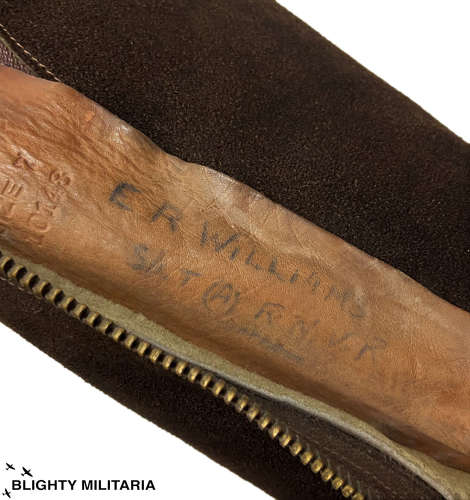 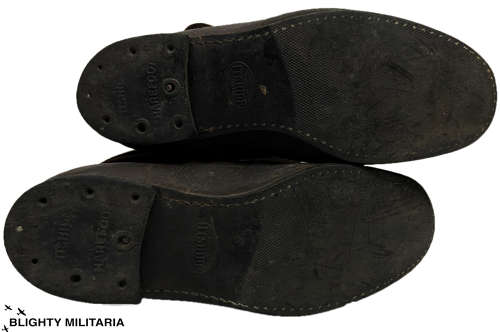 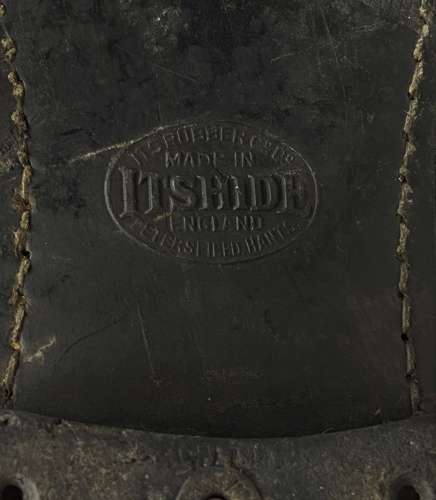 An original pair of 1941 Pattern Flying Boots in good condition and in a size 7.

The boots feature matching Air Ministry marked zippers the front of which are marked with the letter 'W' as is common to find on this pattern of boots. Behind the zipper is the leather tongue which bears the War Department broad arrow marking as well as the size which is marked as '7'. The original owner has marked his name in ink which reads 'E. R. Williams S/Lt (A) RNVR' which offers the chance of further research.

The soles are the original rubber soles which are marked 'Isthide' and are in good condition with no cracks etc and limited signs of period wear. The heels are also the originals and again made by 'Itshide' and marked 'Harefoot'.

The overall condition of the boots is very good but they do show some signs of wear and age. The rubber 'galosh' which runs around the sides and toe of the boots is generally very good and is soft and pliable. The suede uppers are in good condition and the sheepskin lining is mostly present. The zips function as they should.

Overall, a nice pair of original wartime RAF flying boots which potentially have some interesting history!