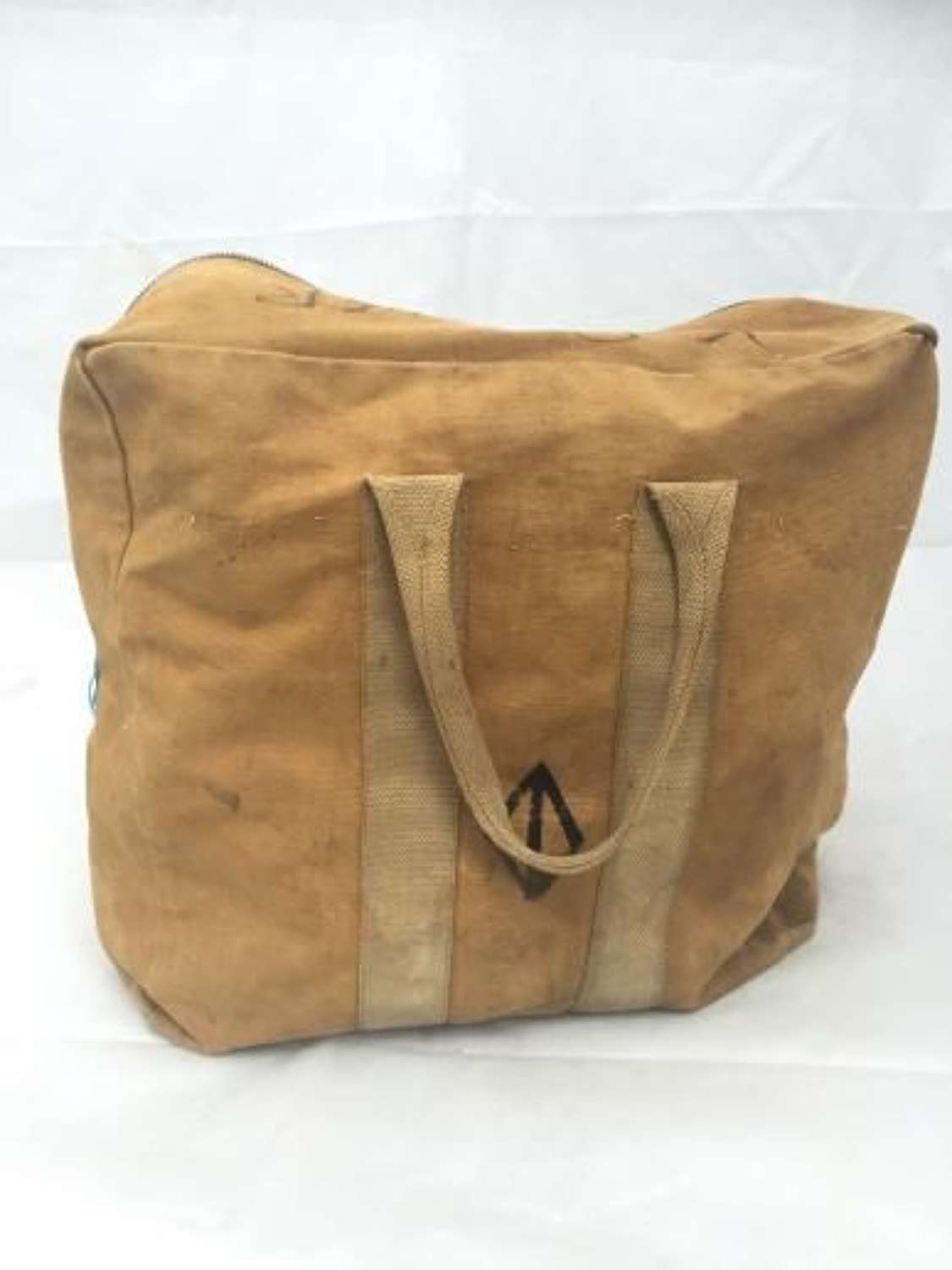 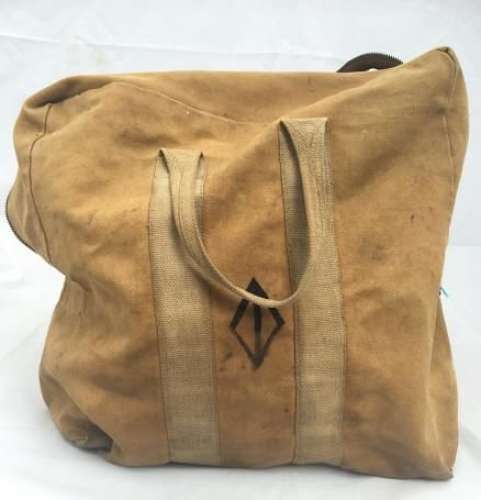 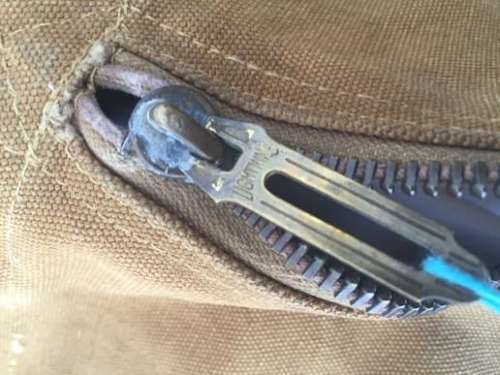 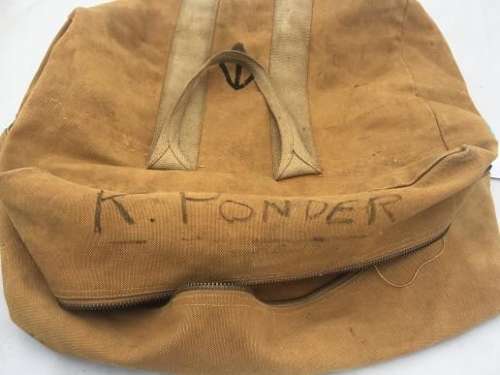 This bag is made from the standard material used on parachute bags and features two handles, a brass lightening zipper and a War Department broad arrow to both sides.

Sadly the zip, although intact, no longer works. Perhaps it could be repaired to working order, or if not replaced. The internal flaps which feature pop studs have been removed from the bag, which isn't surprising and was commonly done.

The name 'K Ponder' has been inscribed on the top of the bag and both WD arrows have had a shadow added on underneath, probably at the same time.

All in all, a good condition example of an RAF parachute bag which displays well.