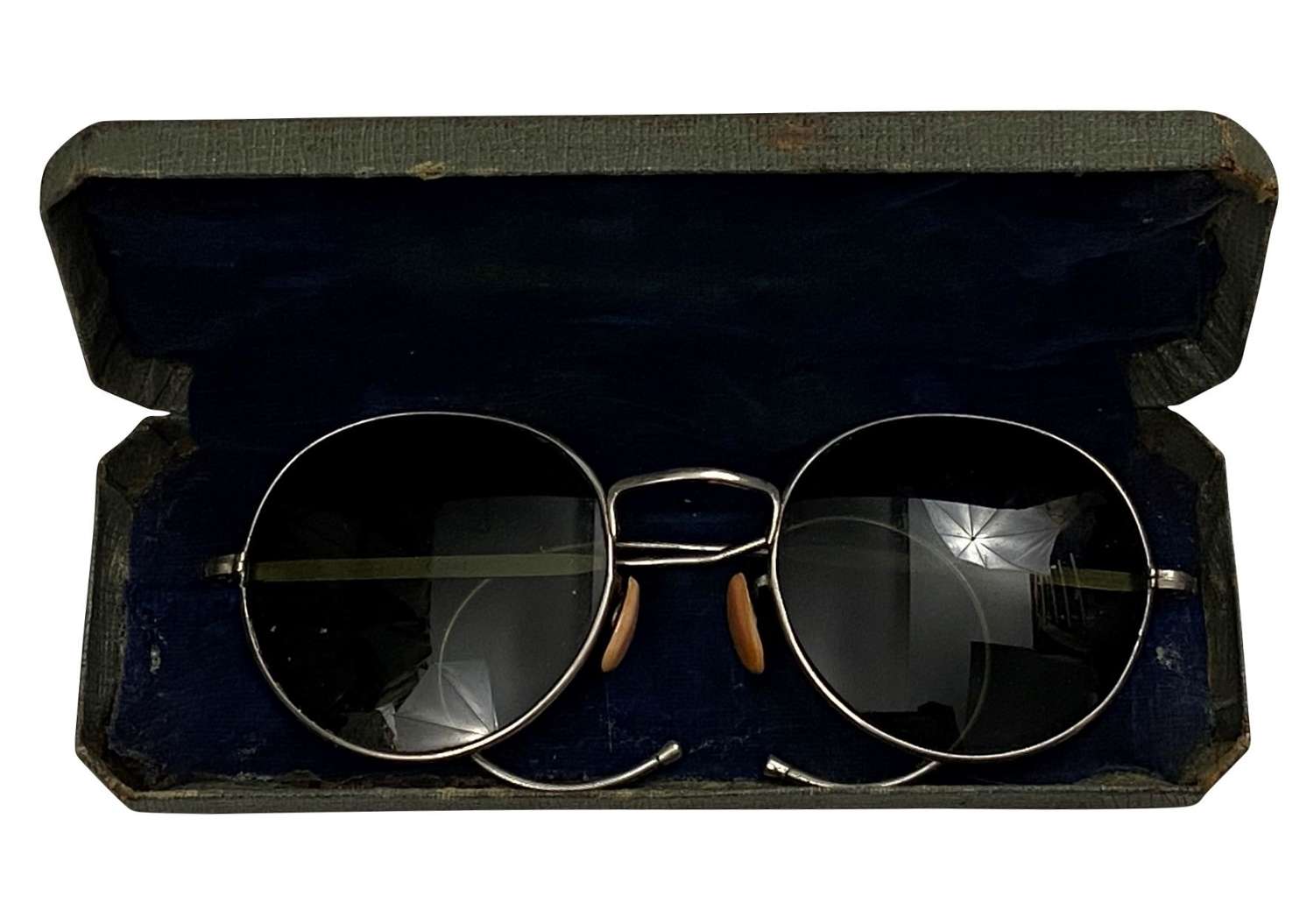 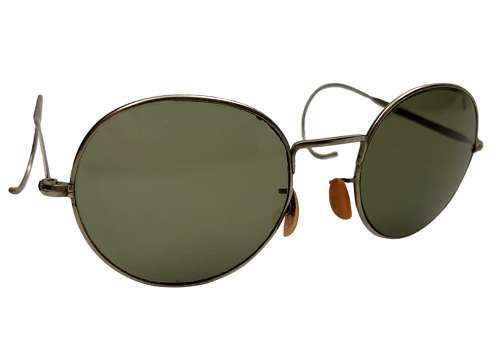 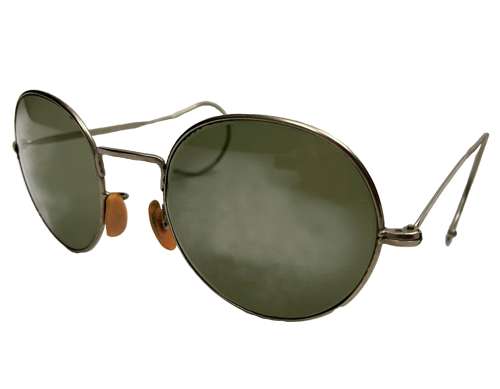 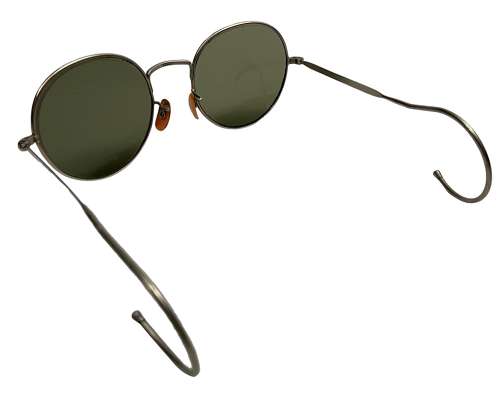 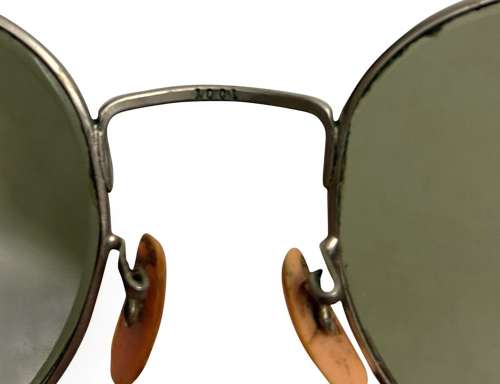 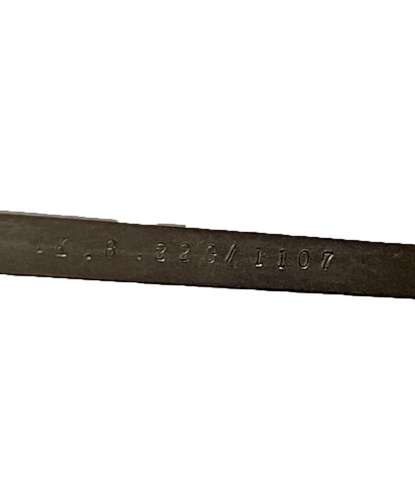 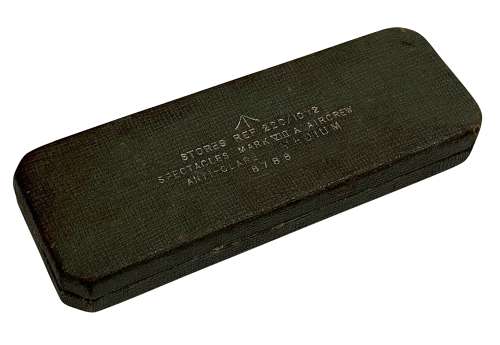 This pattern of spectacles is identical to the MK VIII spectacles issued during the Second World War and are even still marked as MK 8. They were redesignated 'Type F' in the post-war period and given the new stores code of 22G/1107.

The glasses are the classic 'aviator' shape and feature chrome plated rims and arms with sprung wrap-around ear pieces. They have green tinted lenses of a very high quality which are still clear and usable today. The inside of one arm bears the designation 'MK 8 as well as the RAF stores code of 22G / 1107. The nose piece is also marked as shown in the pictures.

The glasses are in good, used condition with only limited signs of age and use. The lense have some marks but are still very usable. It is important to remember that these are a pair of pre-owned, vintage sunglasses which have some small issues commensurate with age.

Finally, the original case is still intact and usable with some signs of wear and age. The top features markings which include the War Department broad arrow marking and the wartime reference number of22C / 1012. The size is also stated as a medium. It is in good overall condition and displays well although the hinge is loose.