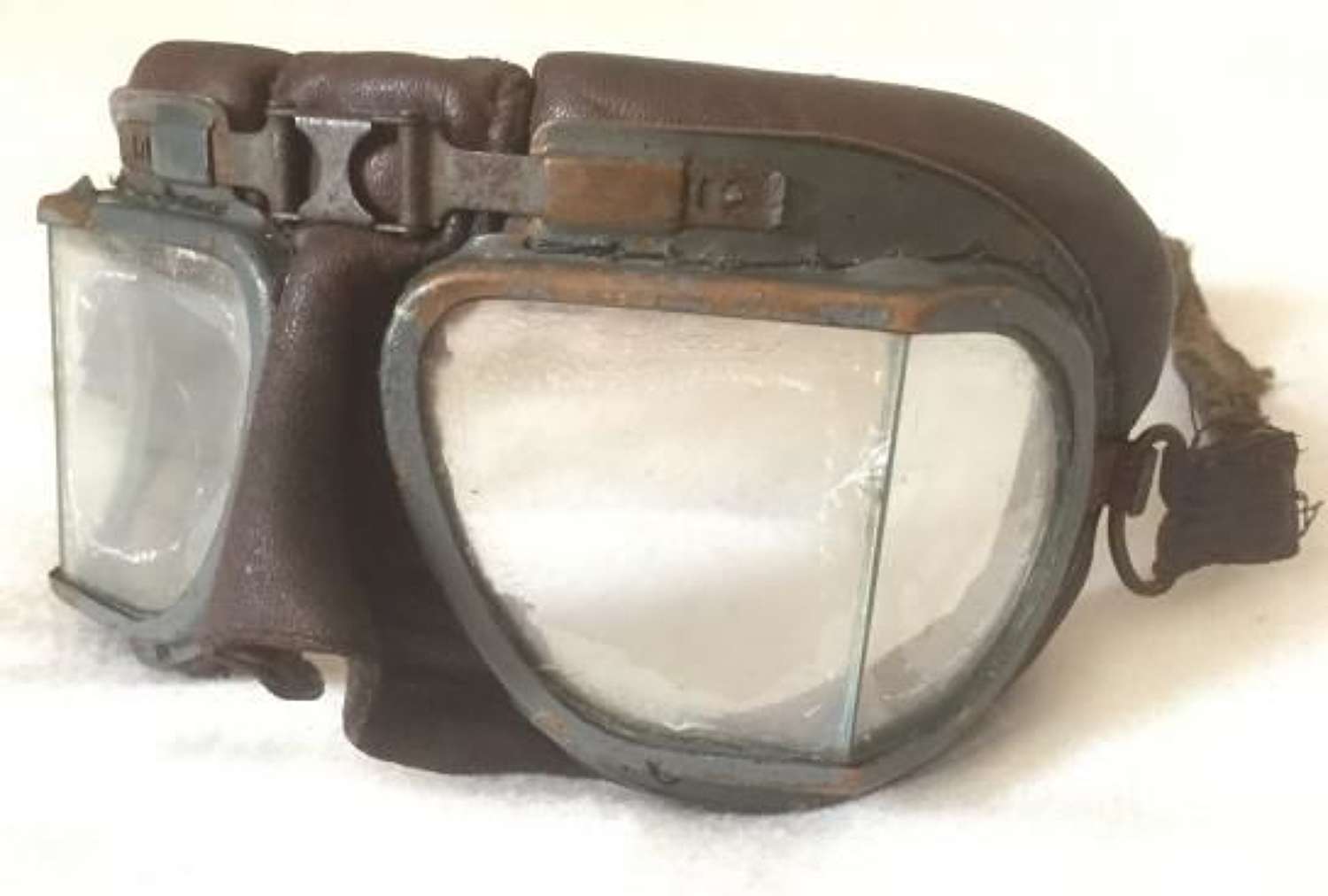 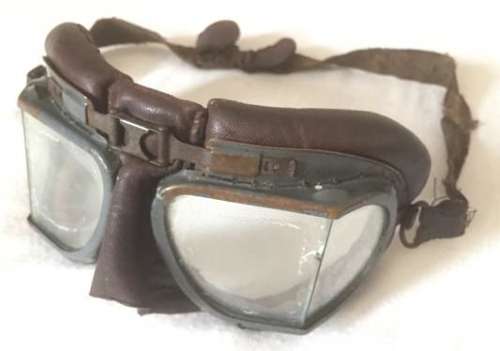 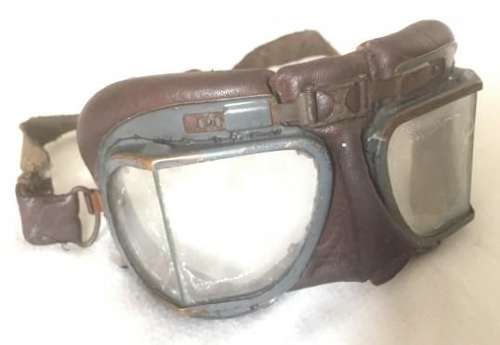 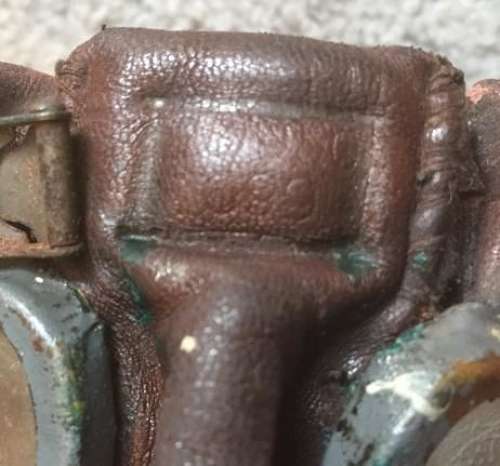 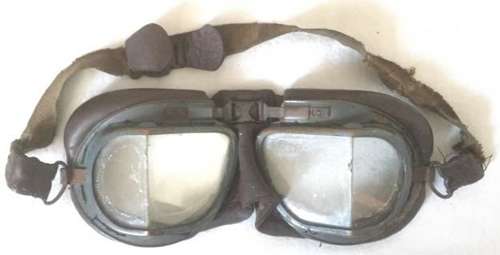 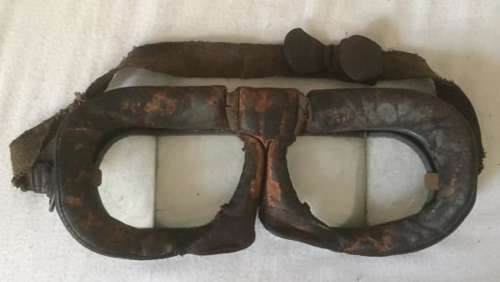 The MK VIII goggles are arguably the most iconic of all RAF goggles, coming into service during 1943 and staying in use with the RAF until the 1960s.

This particular pair of goggles are authentic RAF examples and not post war copies. They bare the 22C stores code which is stamped into the leather between the two eye pieces and this makes them much more sought after by collectors than other examples offered on the market.

These goggles are in reasonable shape for their age but far from perfect as can be seen in the photographs. The large leather pads are in good condition but the Chamois backing isn't to good. The brass frames retain a lot of their original RAF blue paint with areas of brass showing through. There is also some light rust on the frames as well as the other metal parts.

The elastic strap has lost all its elasticity and has be torn and repaired in one area. Both the leather pull tabs are still intact and in good condition however which is good as these are often missing. The lenses are clearly original to the goggles but do show signs of delamination.

The goggles still display well and would be ideal for a helmet display or similar.


Overall a solid original pair of goggles in grade B condition. Although the condition isn't the best they do have the sought after AM 22C stamp to the bridge so are an authentic set of RAF goggles and not post war copies!