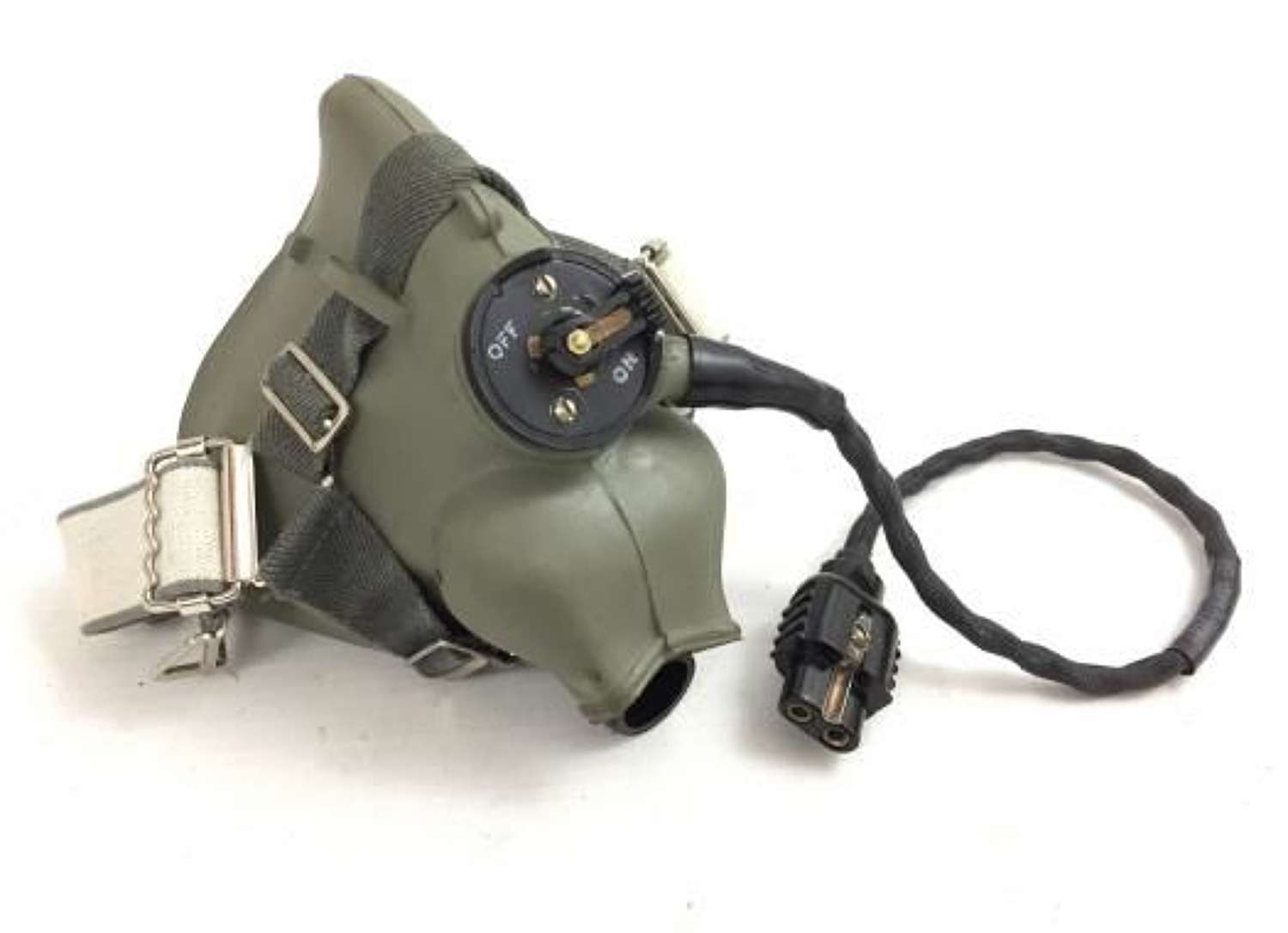 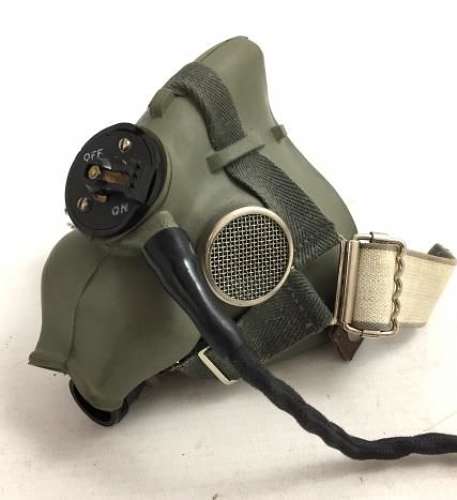 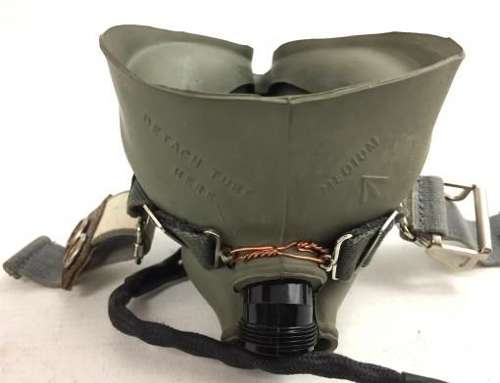 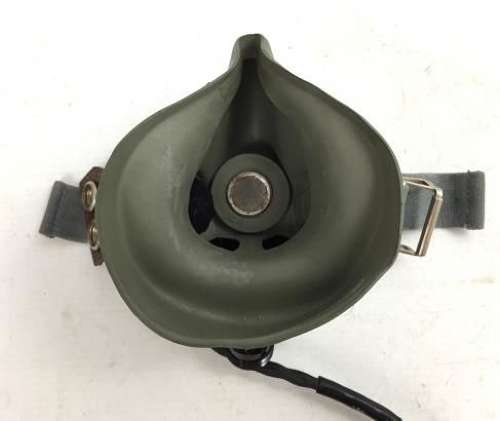 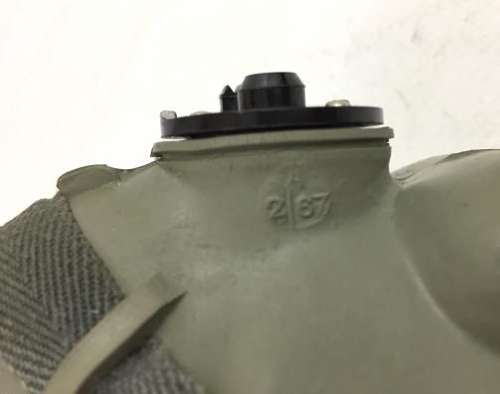 This pattern of oxygen mask came into issue with the RAF in late 1944 and saw Issue well into the post war years. This particular example dates from the late 1960s but is fitted with the large wartime pattern mic so would be usable for a late war scenario.

The mask is in extremely good condition for its age as can be seen in the photographs. The rubber face piece is still he light green colour it would have been when first issued and all the metal work is still very bright with no signs of corrosion.

All in all a very nice example of an H-Type oxygen mask which would make a good addition to any aviation collection.