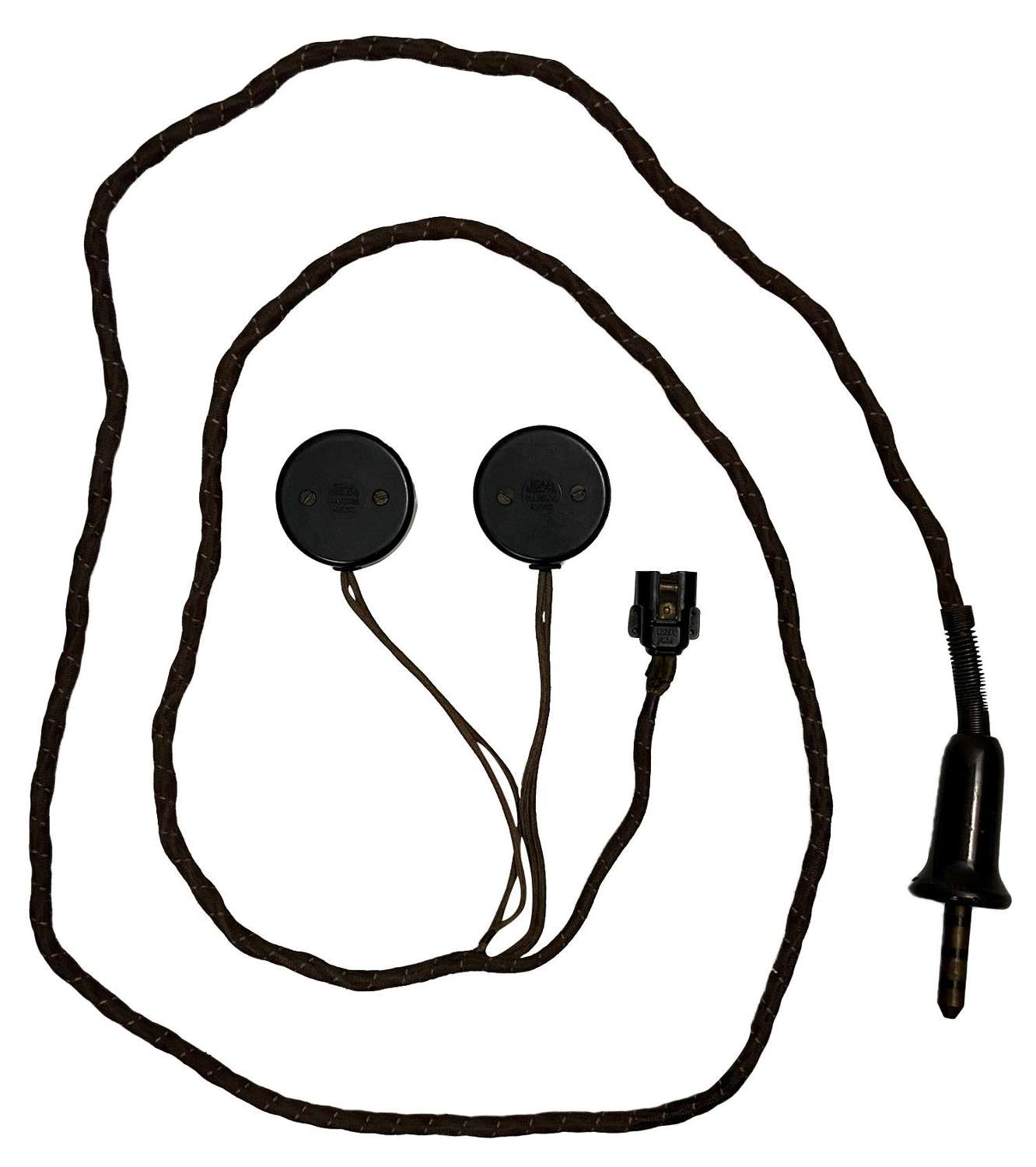 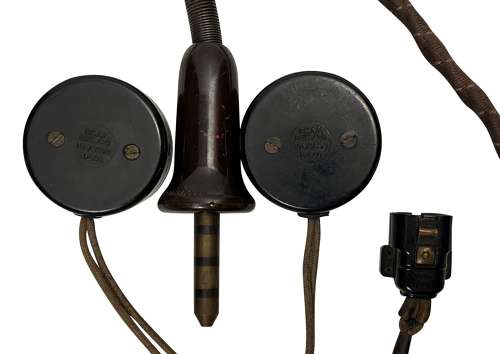 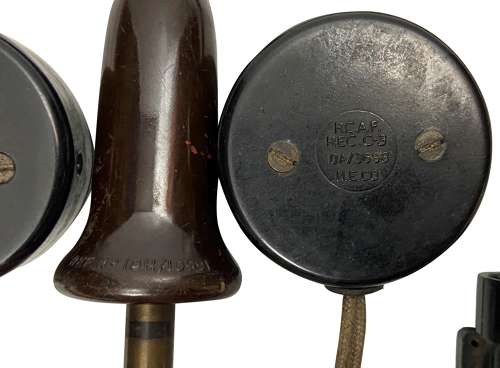 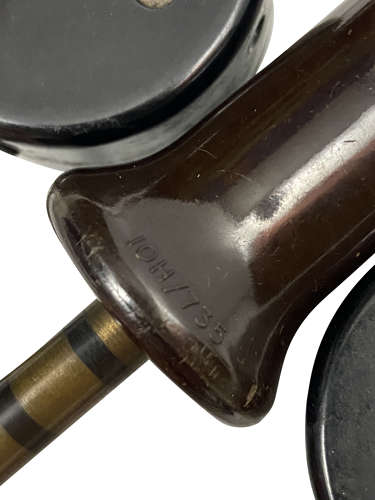 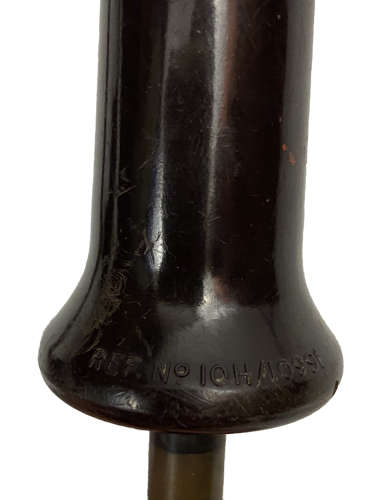 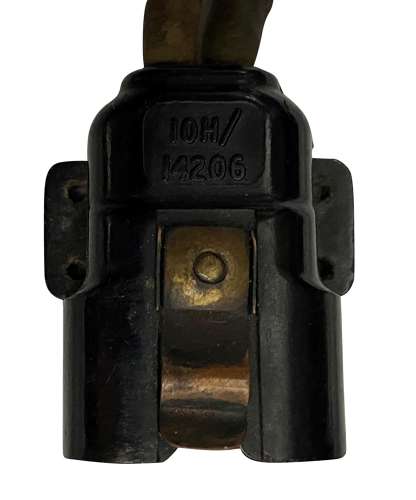 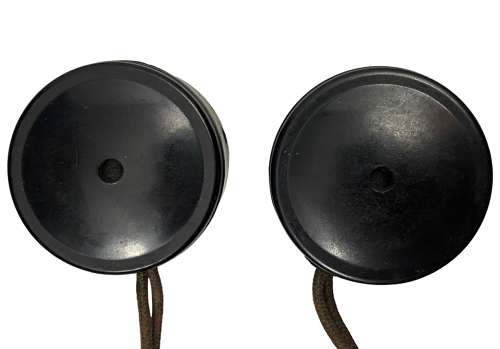 An original Royal Air Force wiring loom and receiver set which belonged to James Leslie Barlow 55091 who flew throughout the Second World War with the RAF, as well as in the post-war period.

This set came to be from the daughter of J L Barlow who told me he flew Hurricanes as well as Lancasters during the war and was the last C/O at Castle Archadale flying Catalinas in the post-war period. He also spent a year with the Royal Canadian Air Force and was awarded the AFC. Further research shows he joined the RAF in September 1936 and was still serving in the 1950s, so he certainly had a longer career with the RAF!

The set comprises an internal wiring loom which is fitted with a crown coloured jack, usually associated with early flying helmets which is a nice feature. It is marked 10H/735 to one side and REF No. 10H/10991 to the other  The receivers are the rare RCAF marked examples which bear the stores code 10A/9698 and makers initials 'N.E. Co' whilst the microphone connector is marked 10H/14206.

All the parts are in good condition with some signs of age and wear.

Overall this is a great set with some nice features and has some great history attached. This would make a great addition to any collection and offers the opportunity of further research.