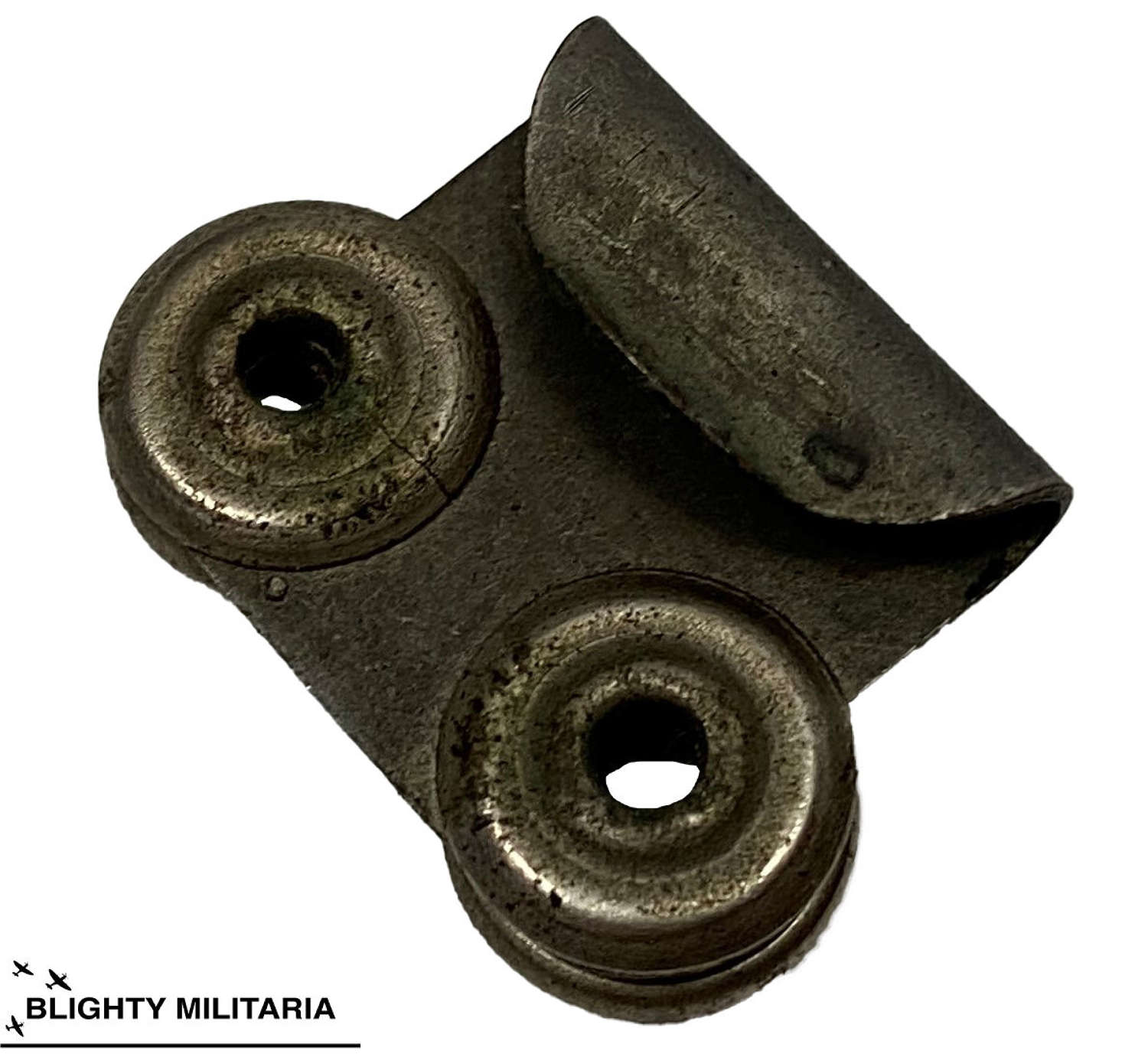 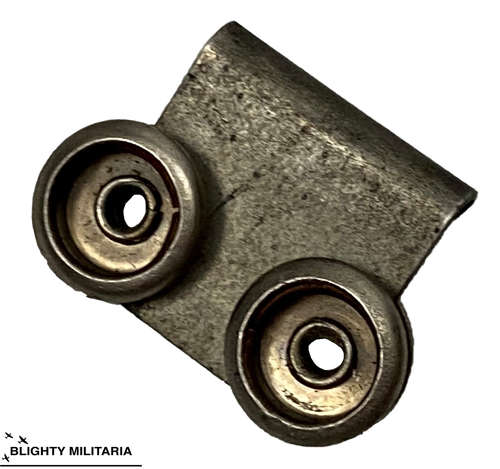 An original RAF oxygen mask hook as fitted to the C and D type flying helmets during the Second World War.

This pattern of hook was used to fix the E*, G and H Type oxygen masks to the C and D type flying helmet. Later production helmets had these hooks stitched into the helmet but earlier examples had pop studs to which these hooks were fitted. This allowed for some vertical movement.

This is not the post-war pattern but the correct pattern used during WW2. They also saw use with the USAAF on the B8 helmet.

In clean usable condition, this would make a great addition to a WW2 flying helmet.