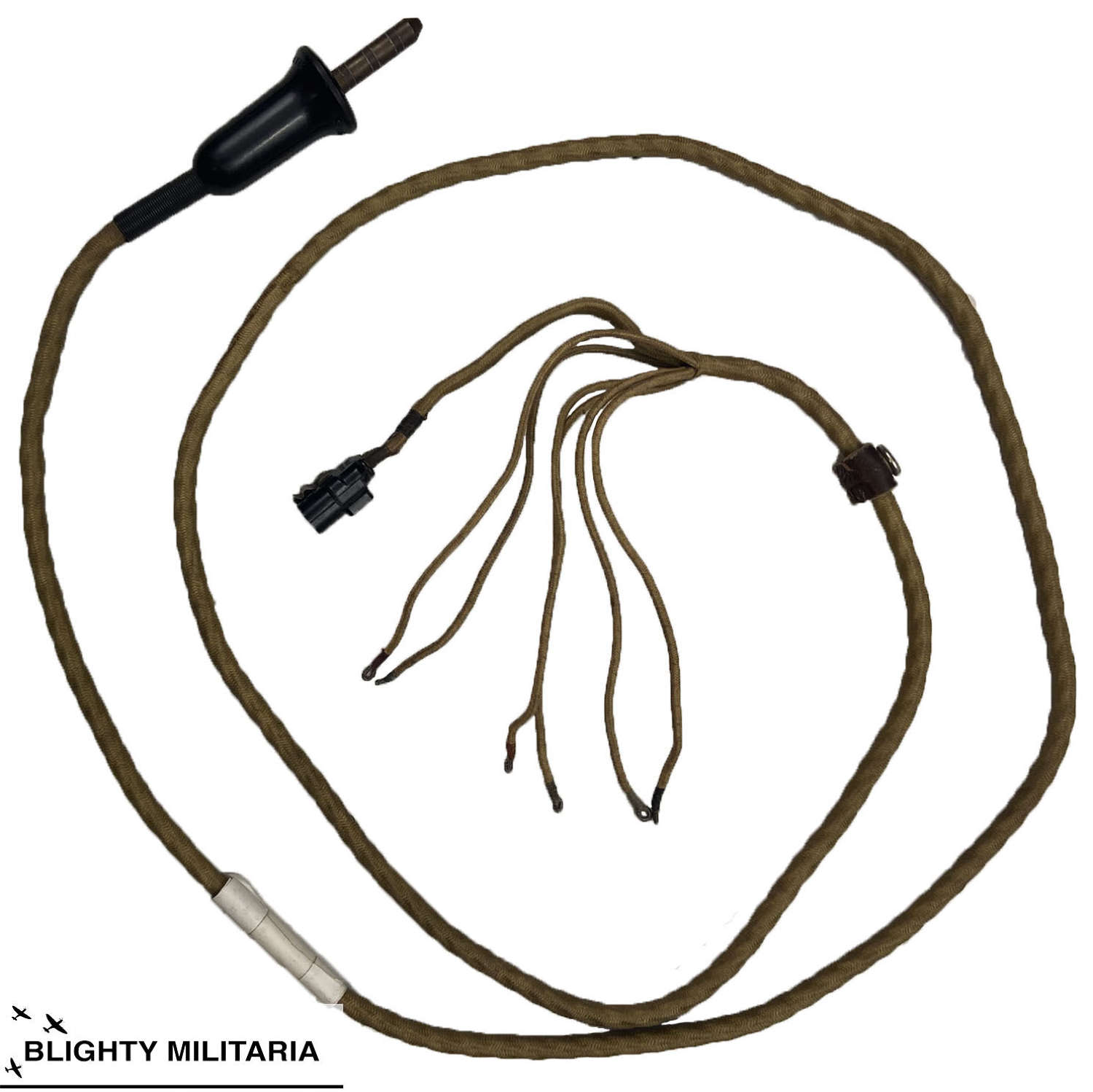 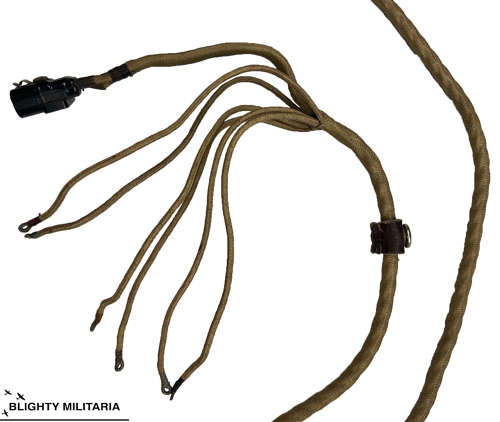 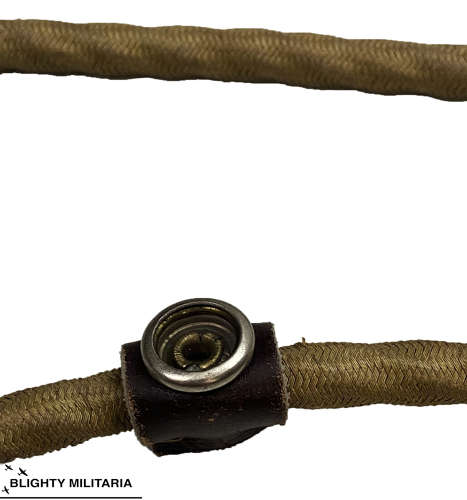 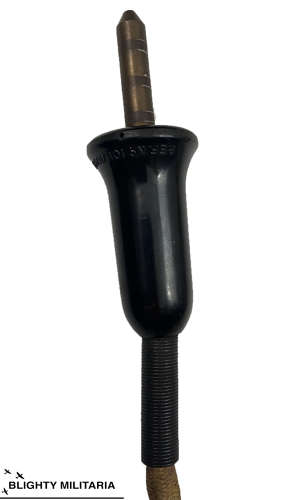 This pattern of wiring loom was designed as a multi purpose loom which could be used with RAF receivers as well as with American ANB-H-1 receivers. It is notably different to the standard pattern as it has 6 terminals rather than the usual 4. The cloth loom is a tan example which is in excellent condition. One end is fitted with a 2 pin plug to which a microphone can be connected. It bears the stores code of 10H/14206. The other end features the standard type 119 black cased bell plug with 1/4 jack which bears the stores code of 10H/10991.

The overall condition is very good and it does not appear to have been used previously.

A hard to find wiring loom!