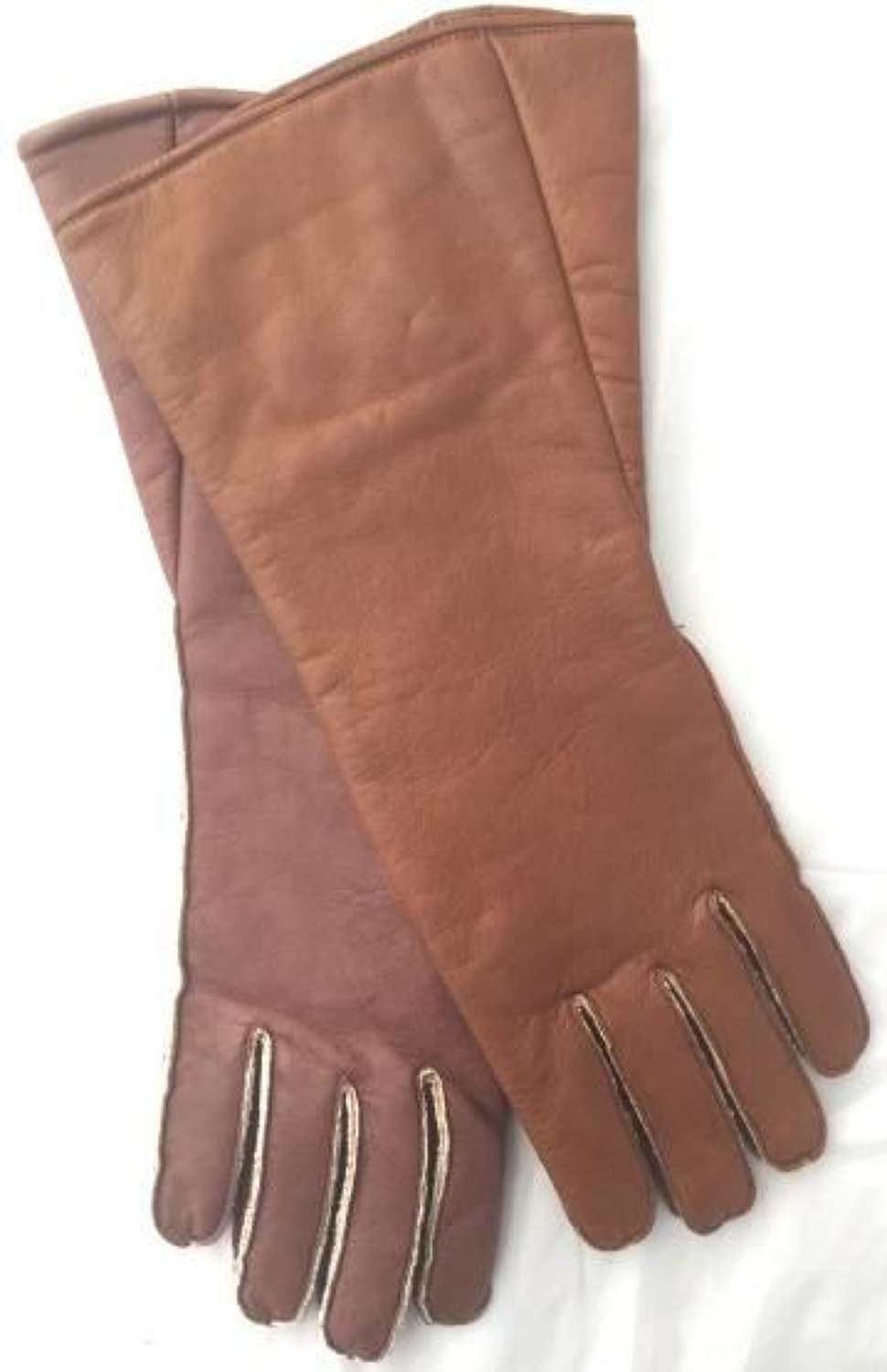 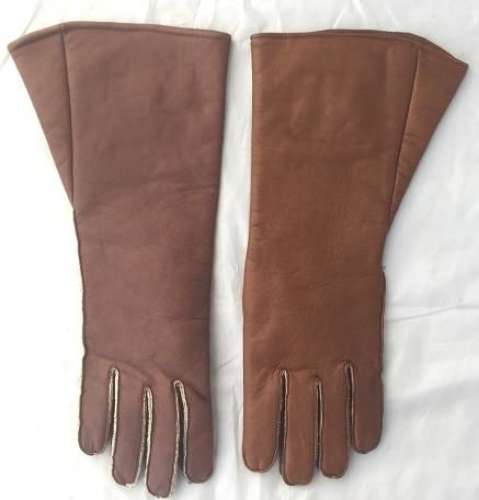 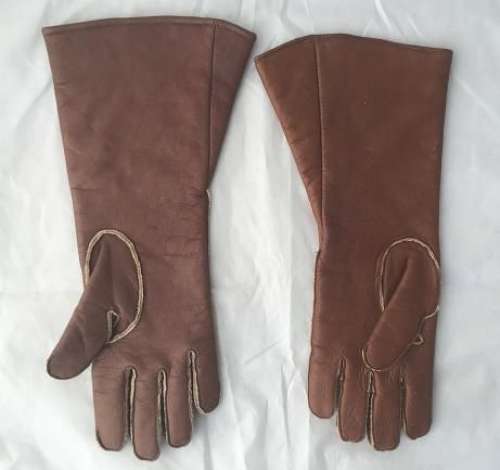 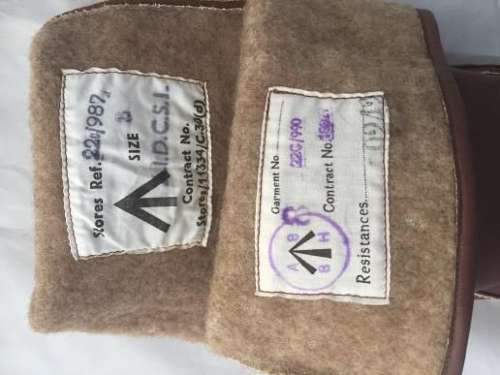 SOLD
An exceptional pair of RAF D Type flying gauntlets as used by the RAF during the Second World War complete with their original labels.

With D Type gauntlets the left and the right glove were always made in separate factories. This was to stop pairs of gloves from being stolen and meant that they were issued at Squadron level. This meant that more often than not the colour of the two gloves did not quite match and this set is no exception to this.

The gauntlets bare different labels as they were made in separate factories but are a matched pair of size 8 gloves. Both gloves bare the War Department broad arrow and 22C contract numbers.

The leather is in excellent condition with no rips, tears or nicks. All the stitching is sound and they are very supple. The lining is also in good condition but does have some small moth nips, as can be seen in the photographs.

All in all, a beautiful pair of original wartime RAF flying gauntlets which would suit both the re-enactor and collector equally.