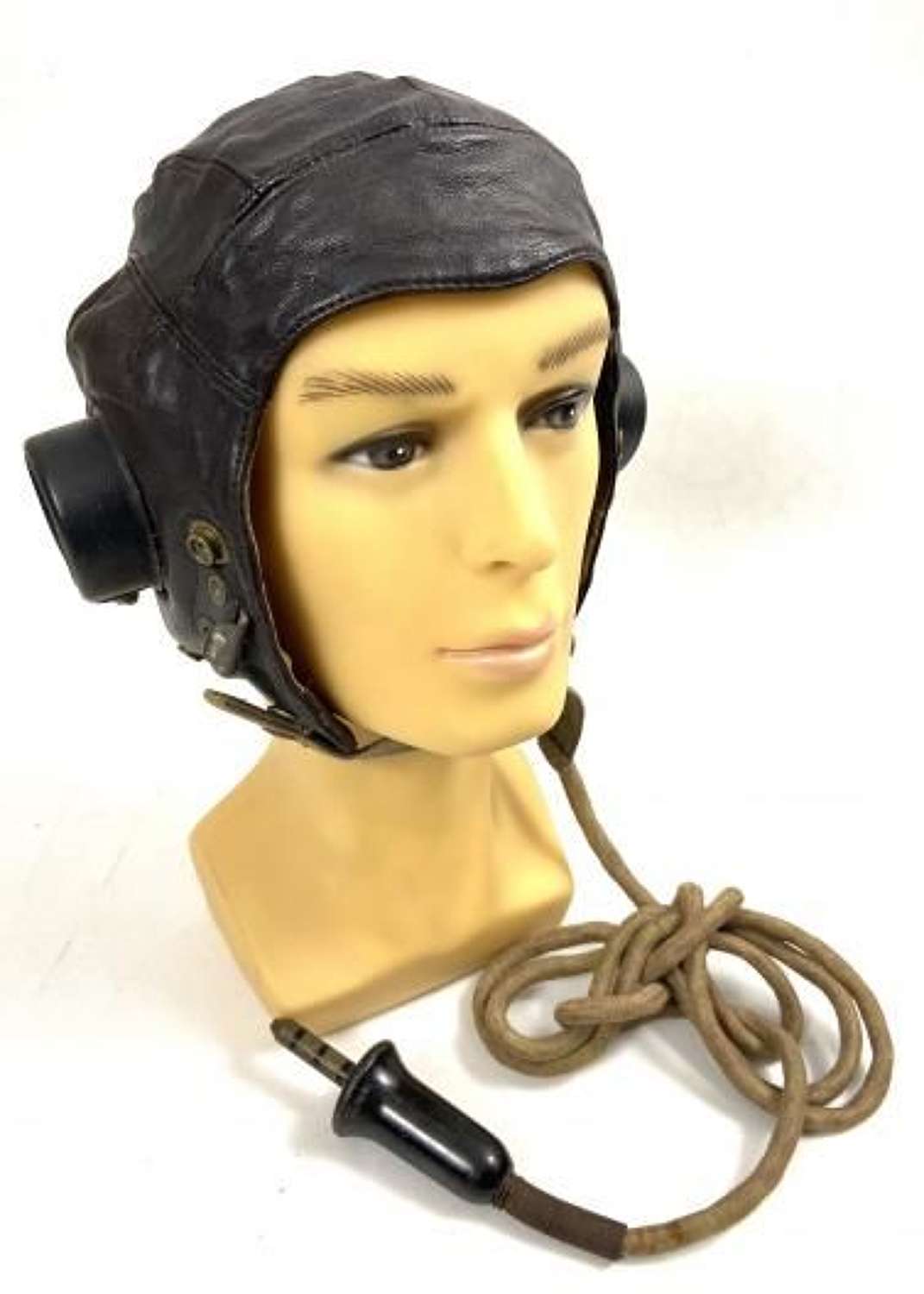 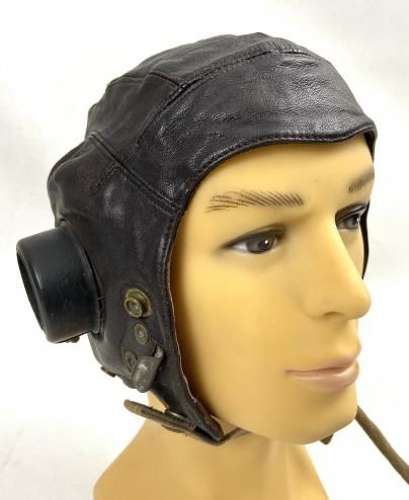 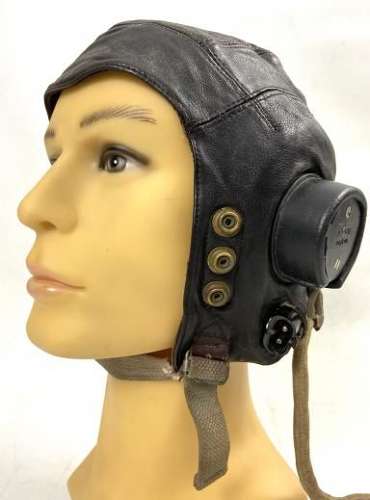 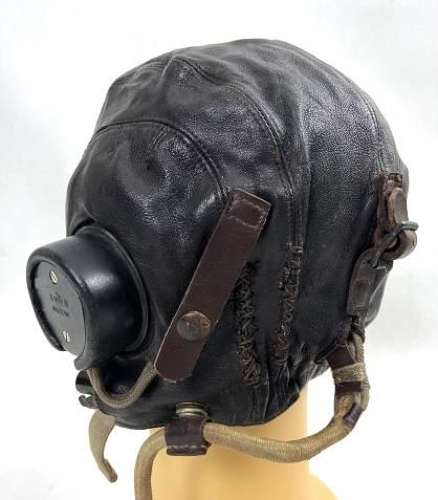 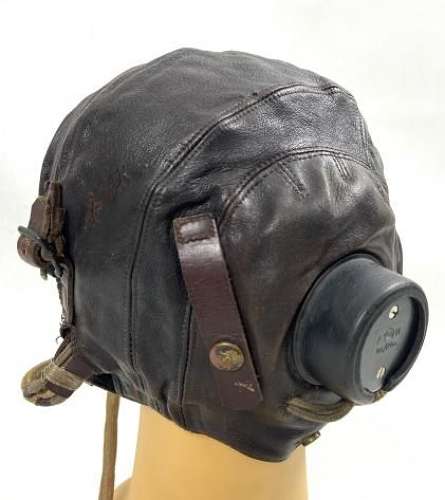 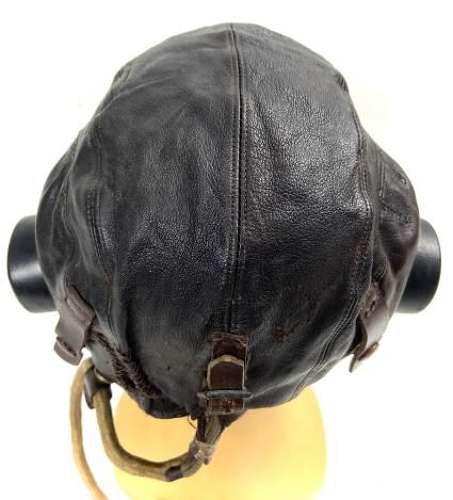 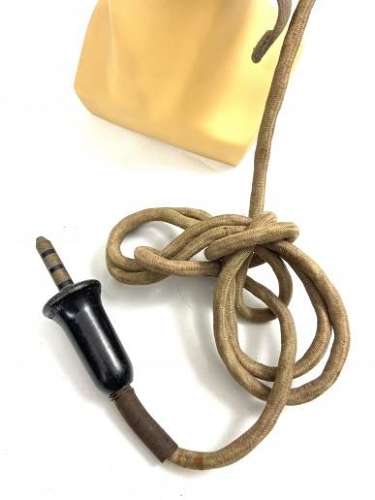 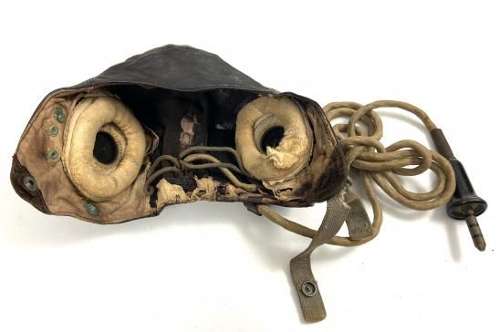 The helmet is a reasonable example and displays well as can be seen in the pictures. It features a nice original internal wiring loom and bell plug and a set of high quality reproduction receivers. The leather exterior is in good condition but has two large repairs to the rear which can be seen in the pictures. The interior is missing a large proportion of its original chamois lining but this isn't noticeable when displayed.

The helmet is a small size either 1 or 2 but fits a display head OK.

Whilst not the best example of a C Type flying helmet it is an original and the condition is reflected in the price. It would make a good addition to an RAF display, especially with an oxygen mask and goggles added.