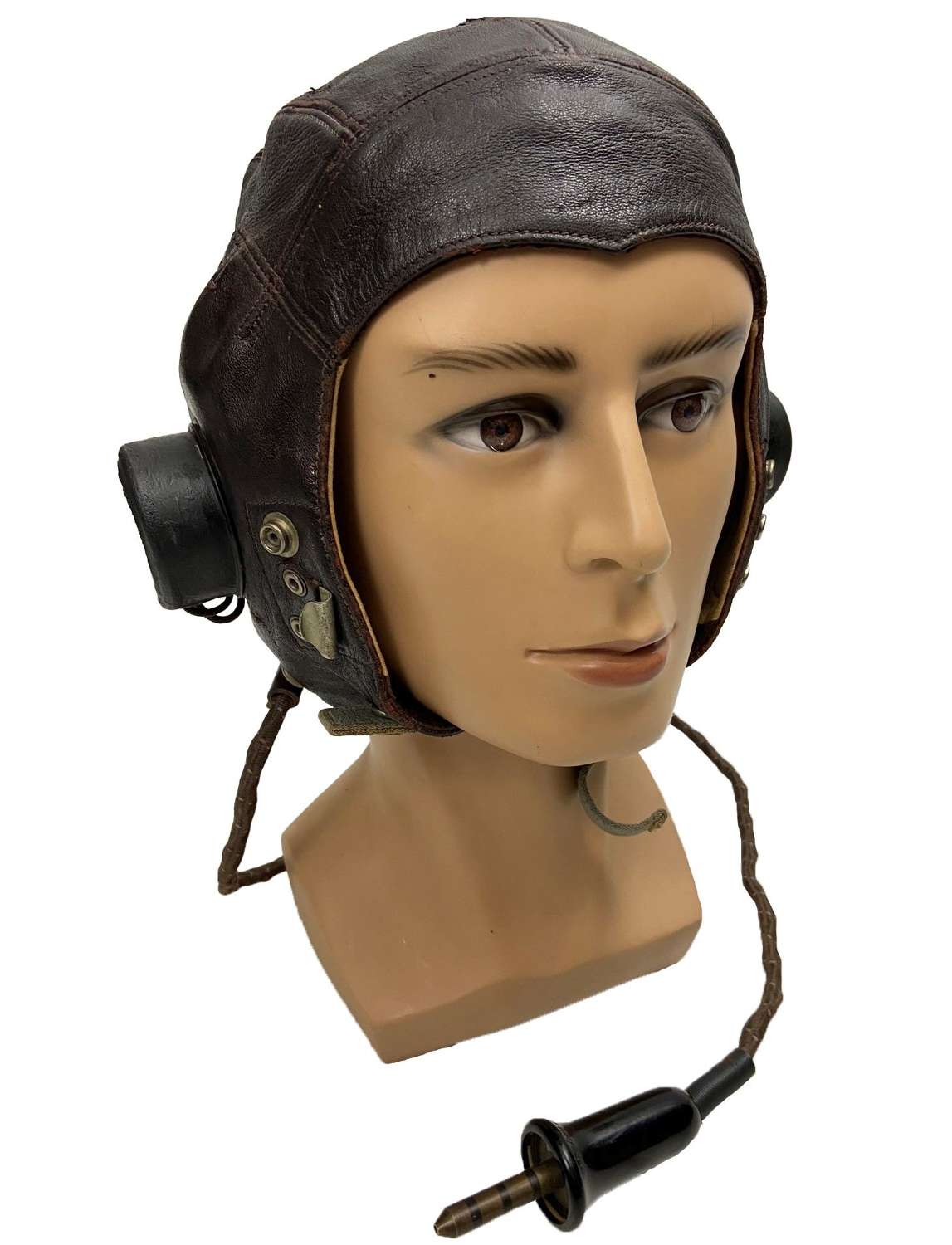 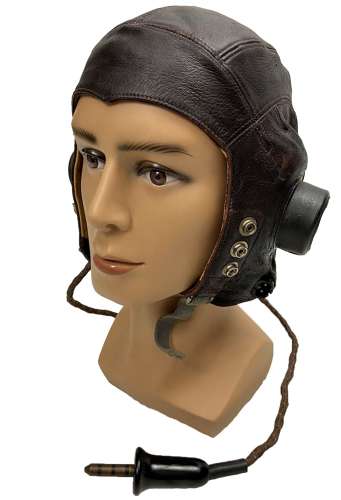 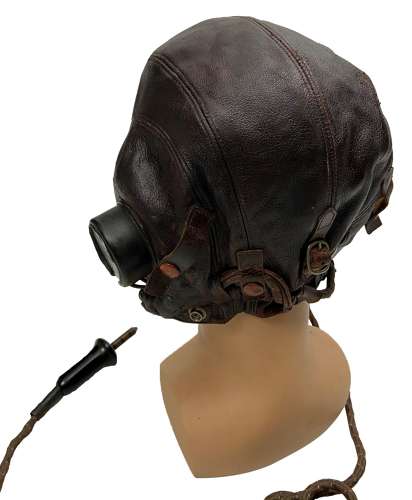 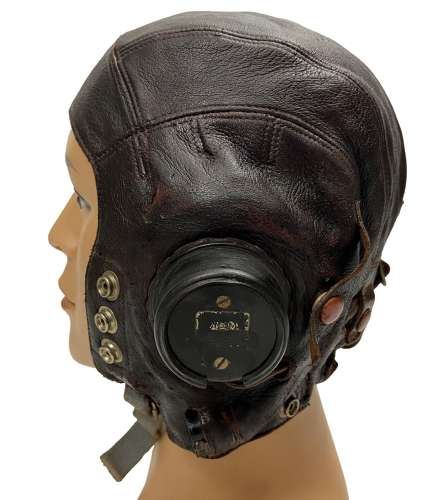 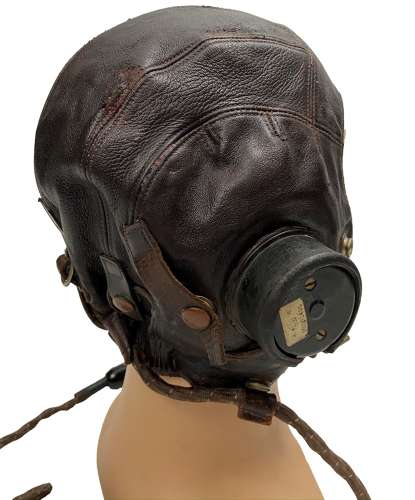 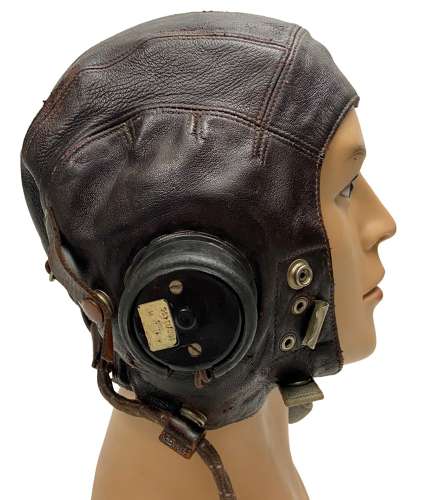 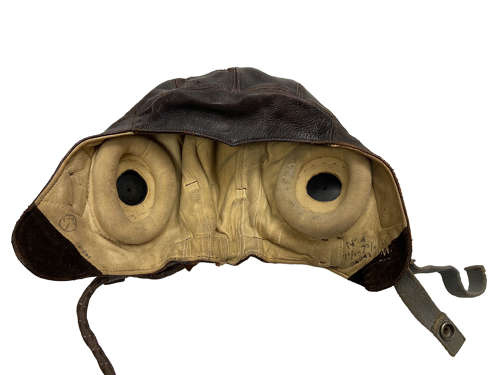 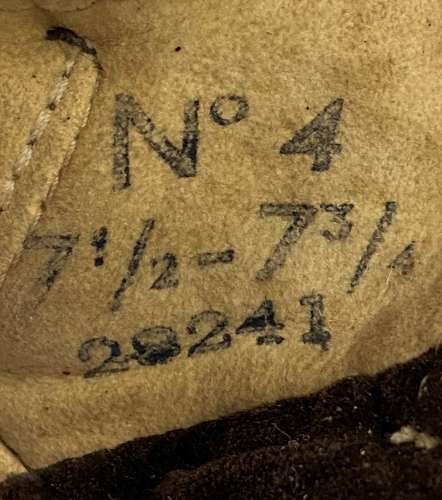 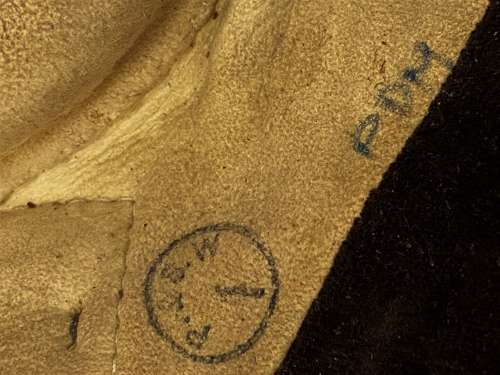 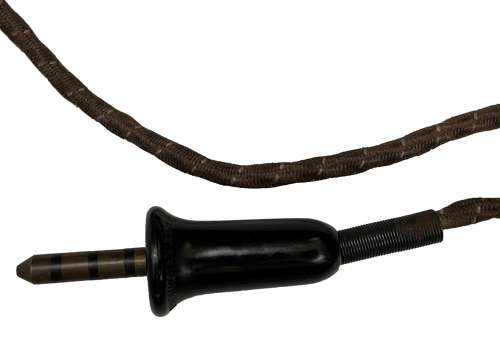 An original C Type Flying Helmet as worn by RAF aircrew during the Second World War and in a large size No.4

This example is a second pattern C-type flying helmet which came into service in 1943 replacing the earlier pattern and staying in service in this form until after the war. The main differences with the second pattern include an elasticated chin strap and internal wiring as per this example. They saw widespread issue with the RAF in both Bomber and Fighter Command and also saw action with the USAAF.

The helmet is a good example and displays well as can be seen in the pictures. It features a nice original internal wiring loom and bell plug as well as its original receivers. The leather exterior is in good condition with some scuffing and wear etc. Please study the pictures provided.

The inside of the helmet is very clean as can be seen in the pictures. The chamois lining shows only limited signs of use and all the original markings are still bright and legible. The Size is marked as No. 4 which is designed to fit a 7 1/2 to 7 3/4 size head. The original owner has also marked his initials to the interior which read 'P.D.M.'

A nice original RAF flying helmet in a hard to find large size. This would make a good addition to an RAF display, especially with an oxygen mask and goggles added.