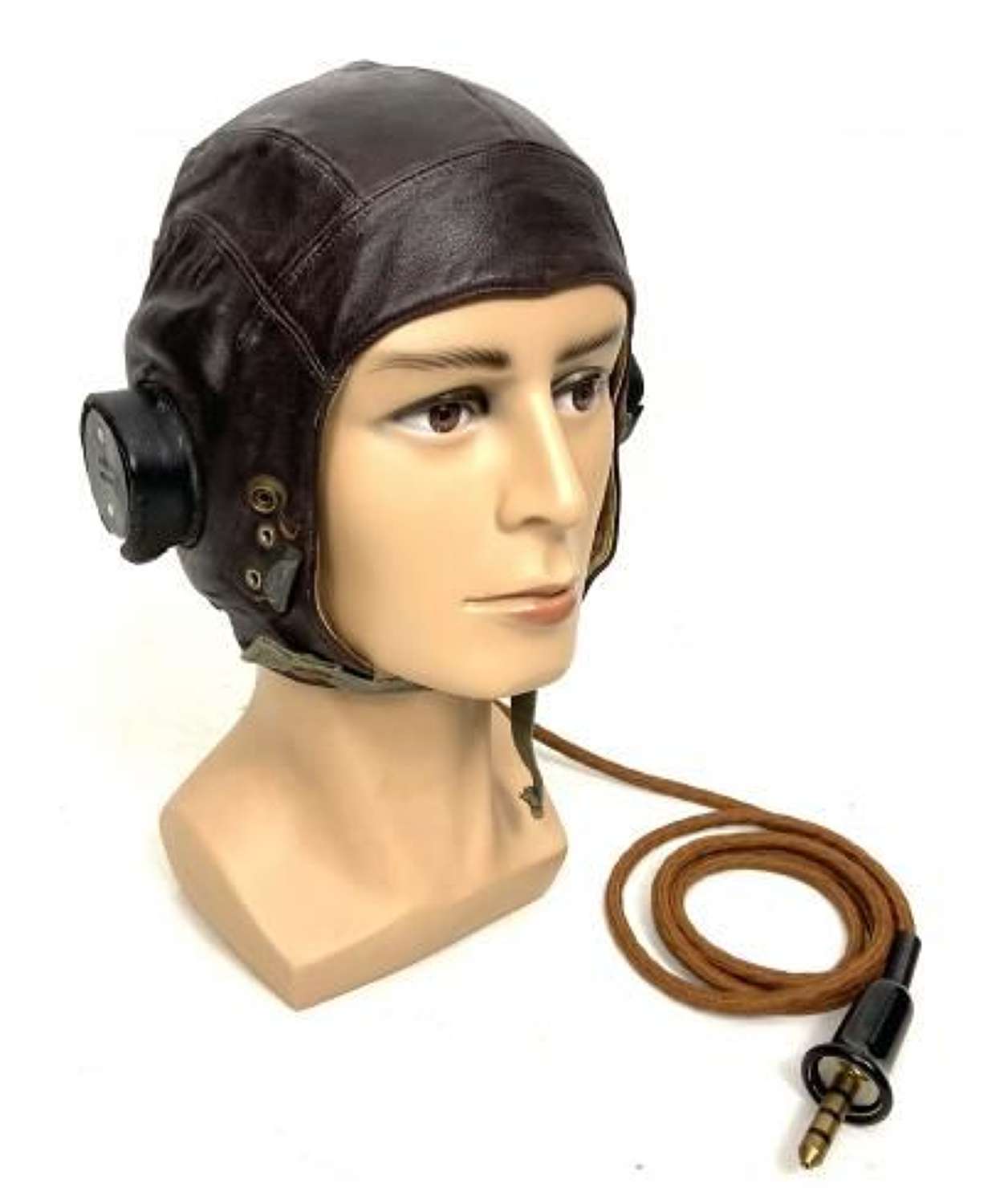 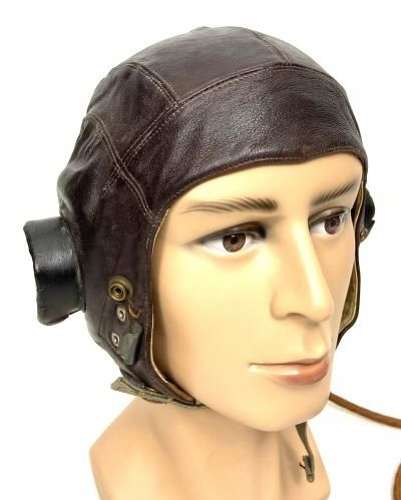 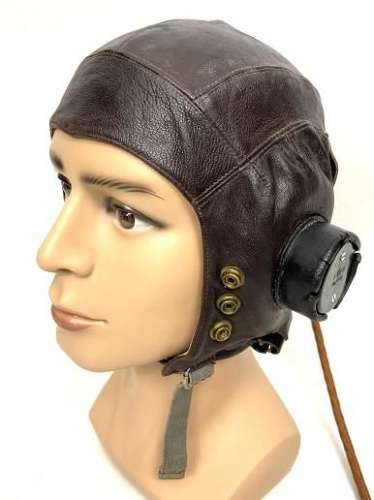 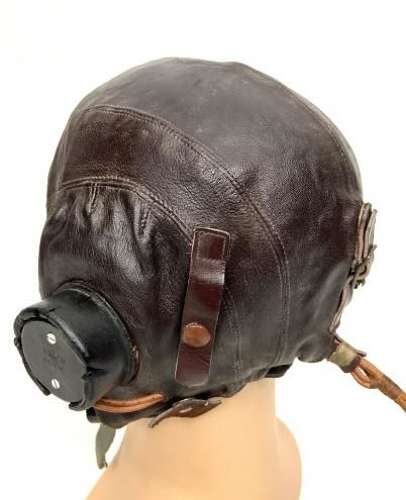 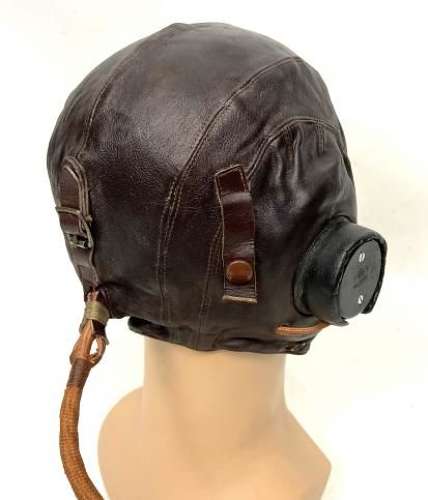 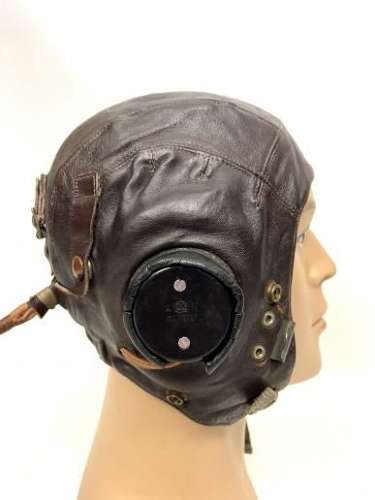 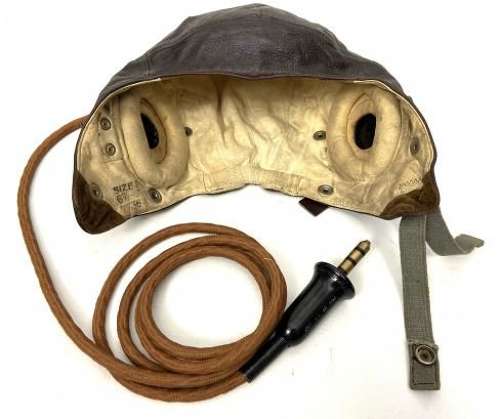 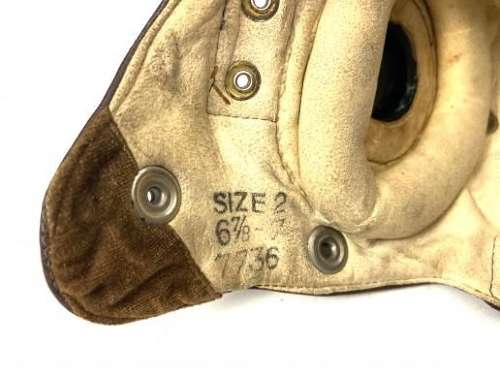 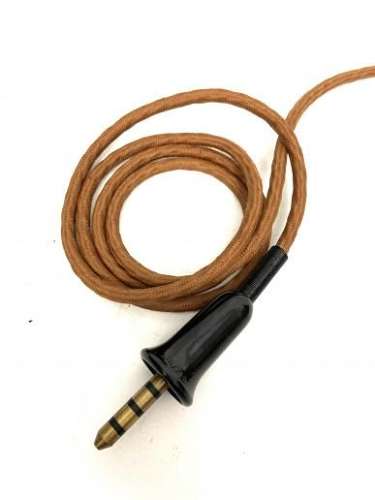 The helmet is a good example and displays well as can be seen in the pictures. It features a nice original internal wiring loom and bell plug which are in virtually new old stock condition. Original recovers are fitted to the rubber ear cups. The leather exterior is in very good condition and all the pop studs are present and made of brass. The interior of the helmet is also very clean with only limited signs of wear to the chamois lining.

The original ink size stamp is present to the interior and is bright and legible, reflecting the good overall condition of the helmet. It states the helmet as being as size No.2 which will fit a size 6 7/8 - 7 UK head.

The only really flaw with the helmet is some slight damage to the edges of the rubber ear pieces which can be seen in the pictures. Structurally they are still sound but this issue has been reflected in the price.

All in all a nice example of an RAF C-type helmet which displays well and would make a good addition to any aviation collection.