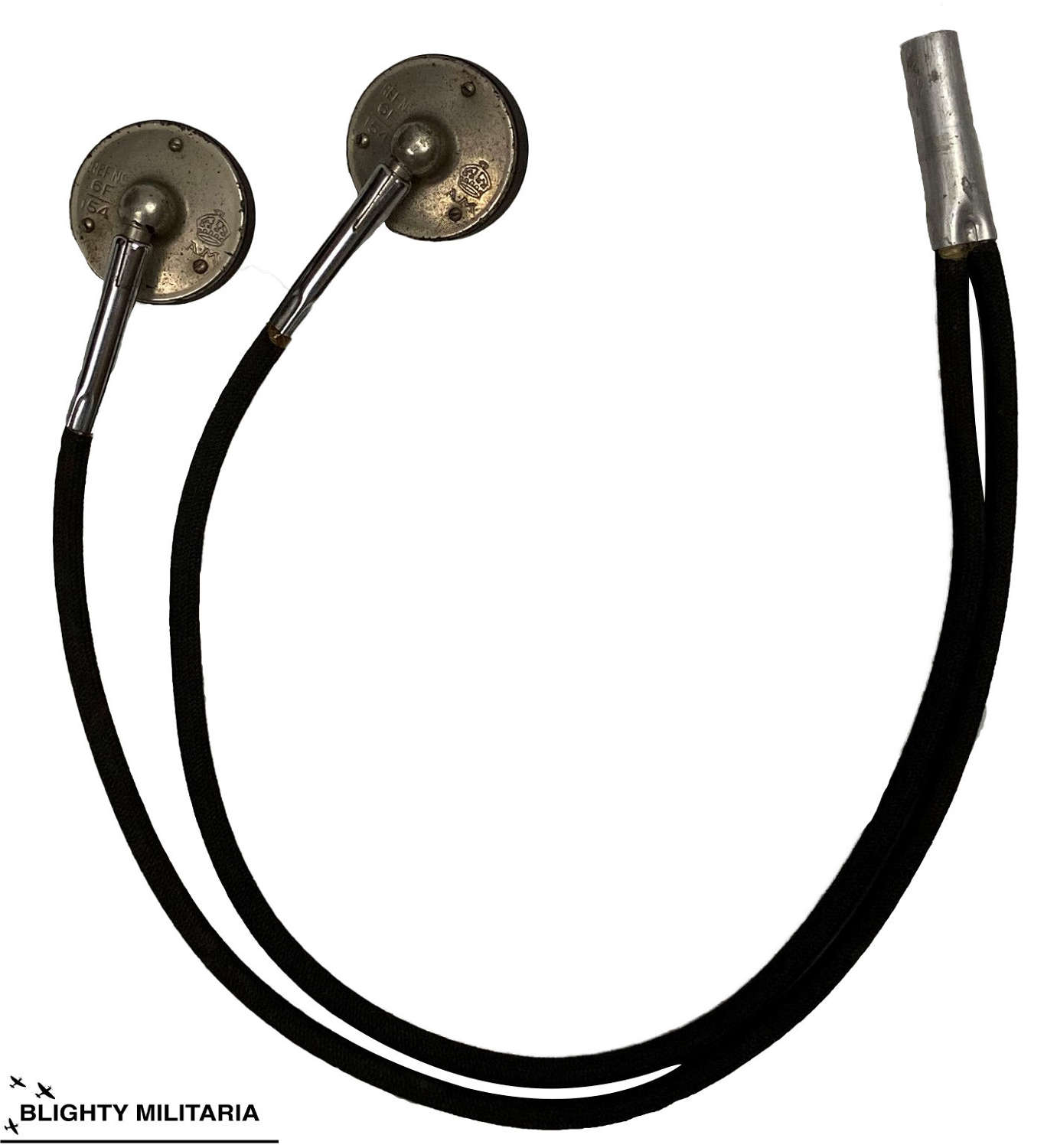 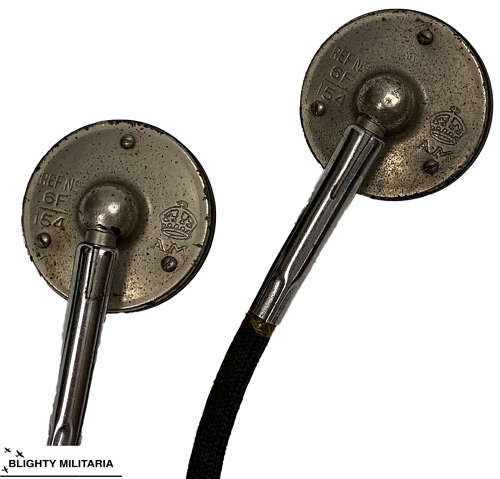 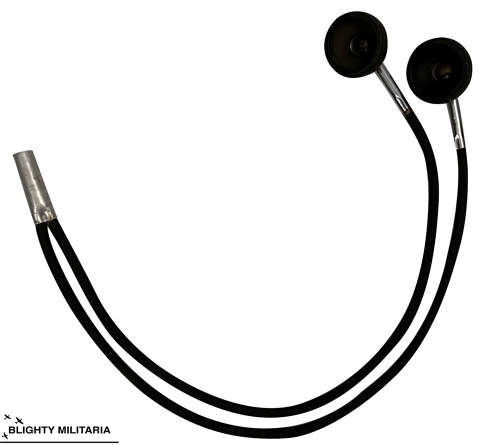 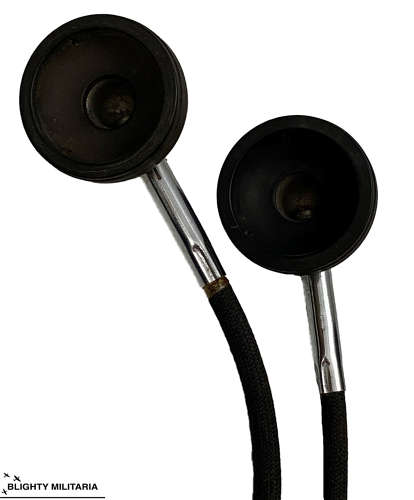 An original set of Air Ministry marked Gosport tubes as worn in a number of patterns of flying helmets before and during the Second World War.

This pattern of Gosport tubes can be fitted to pre-war helmets, such as those made by 'D. Lewis' and similar, as well as the wartime helmets including the C and D Type helmets.

The set features white metal and bakelite earphone receivers which slide into the metal ends located on the end of the cloth covered tubes. The other end of the tubes meet in another metal tube which in turn would have fitted into the corresponding part of the aircraft. The ear pieces are marked with Air Ministry AM and crown and bear the store's reference of 6F/154.

The overall condition is good with some signs of age and use. Overall they display well.