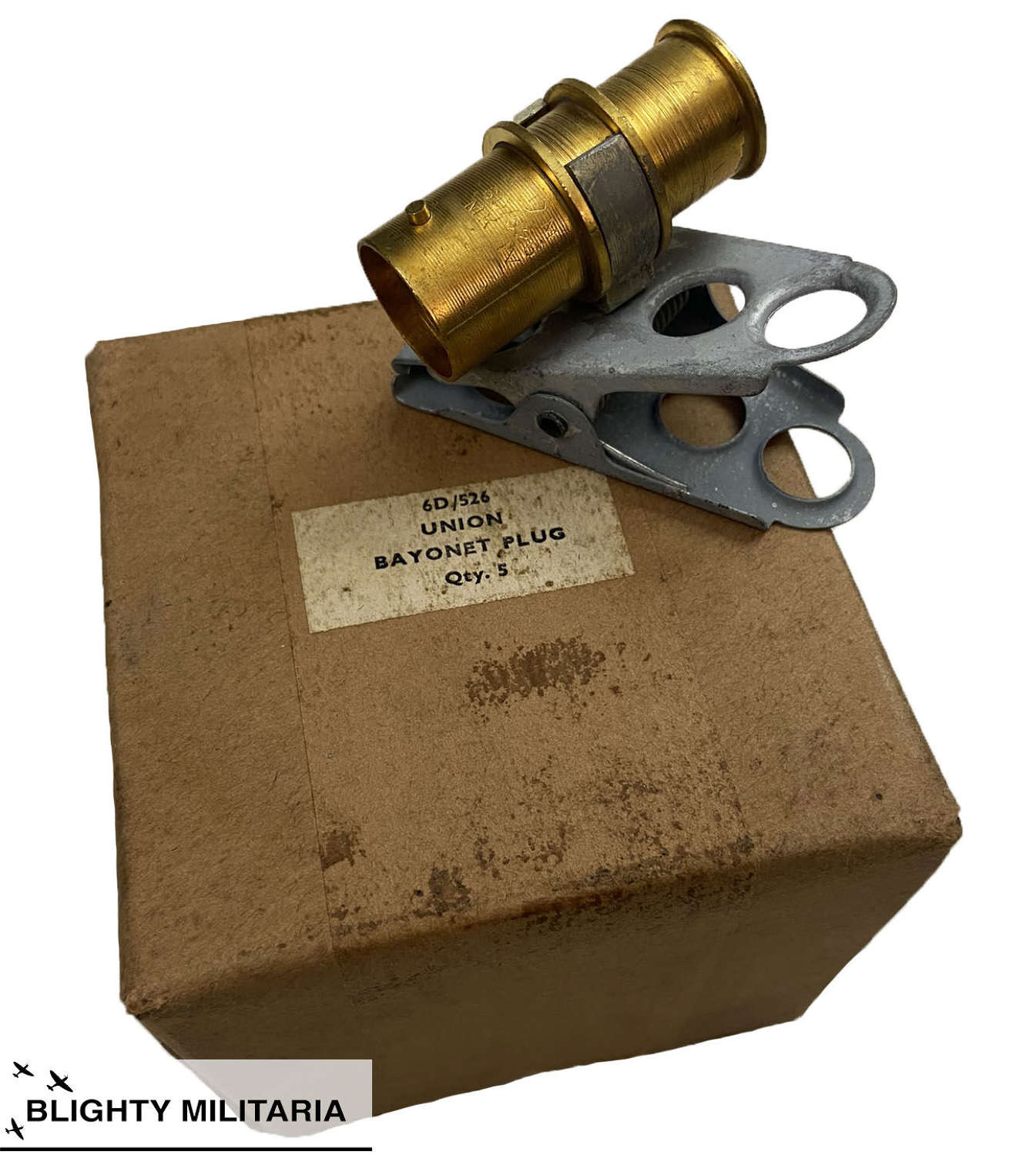 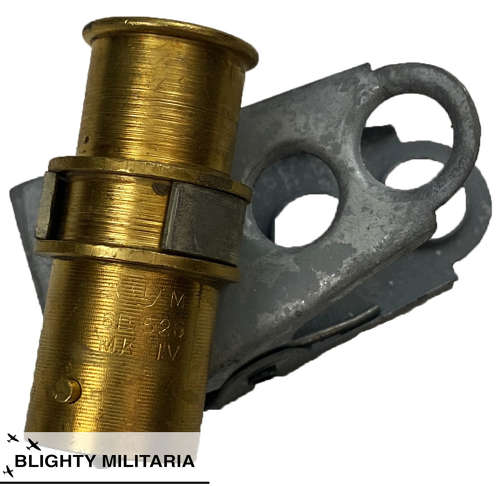 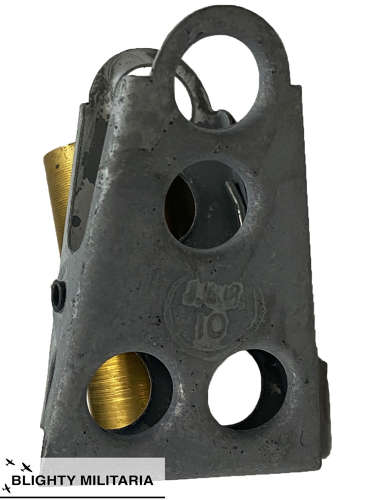 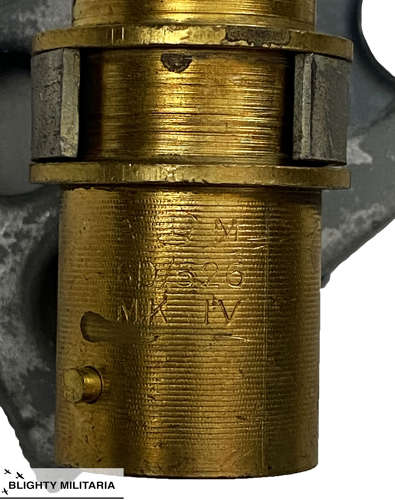 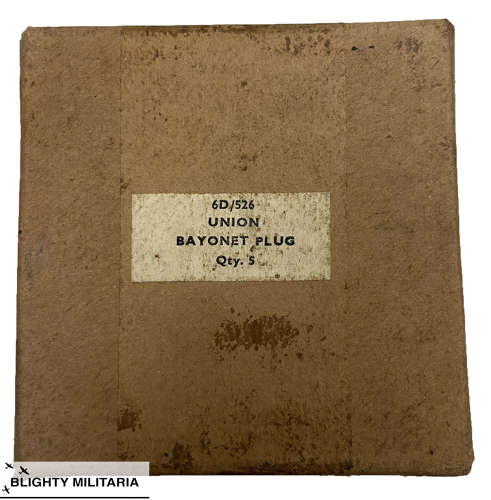 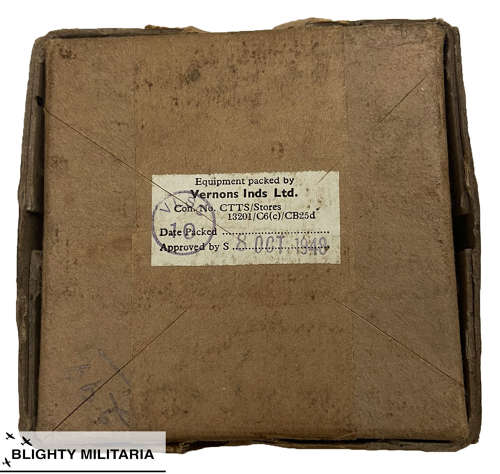 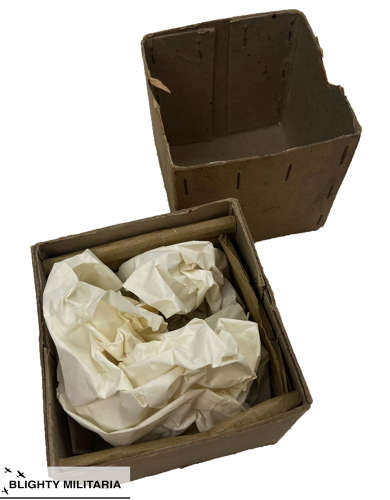 This part was introduced in 1942 alongside the G Type oxygen mask in 1942. It was used throughout the Second World War and into the post-war period. The fitting is marked with the Air Ministry crown as well as the stores code of 6D/526 and the designation of MK IV.

The bayonet fitting comes with its original cardboard box which is marked '6D/526 Union Bayonet Plug QTY 5' to the top. The underside features a second label which reads 'Equipment packed by Vernons Inds Ltd' along with the packing date of 8 Oct 1948. Inside the box the original packing is still present.

The bayonet fitting is in very good condition and is still bright and shiny, as it would have been when new. The box is also good with limited signs of wear and age.

A very good example of this part which would be hard to better. The original box is a great period addition and would compliment any collection or display.