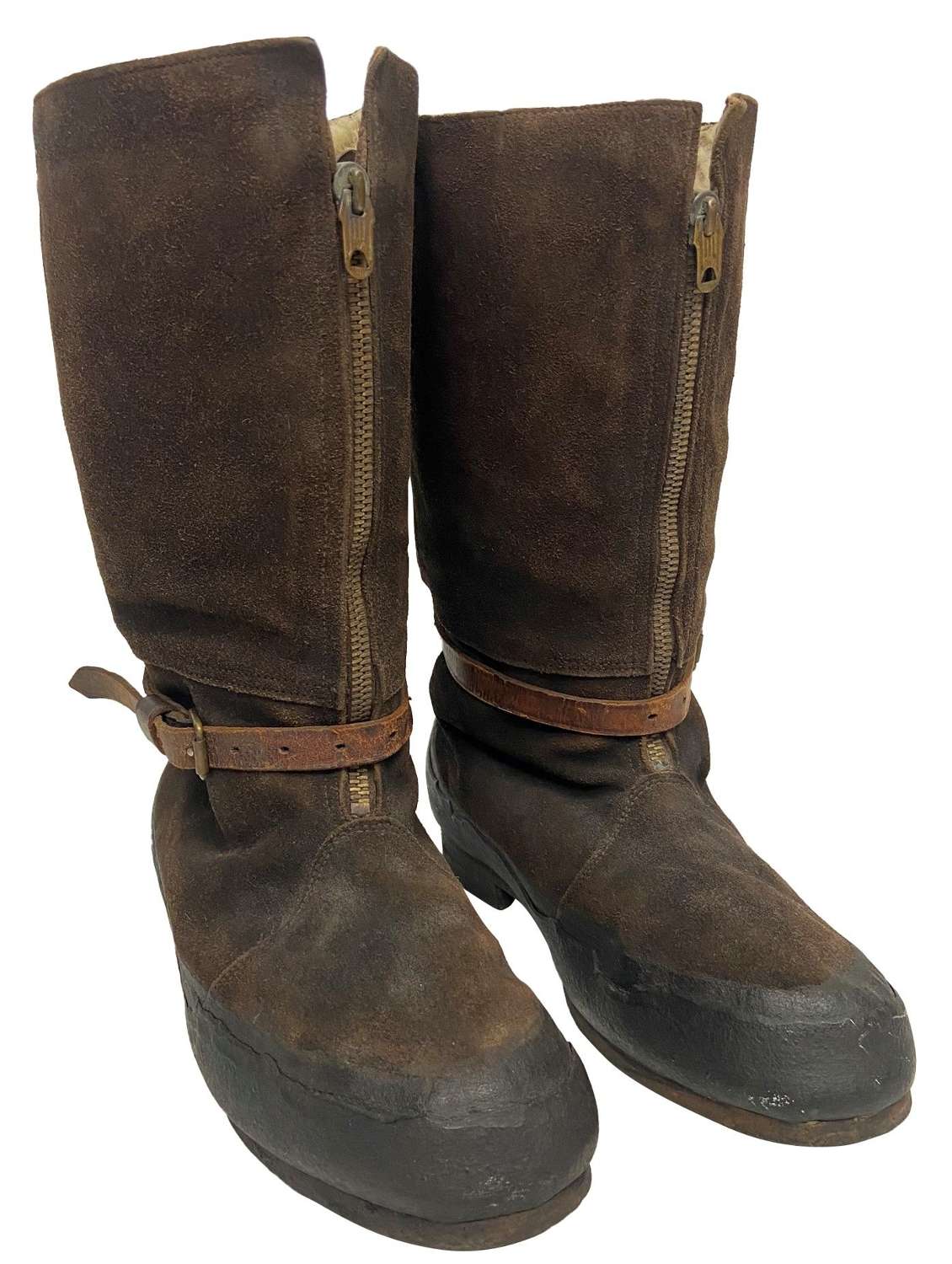 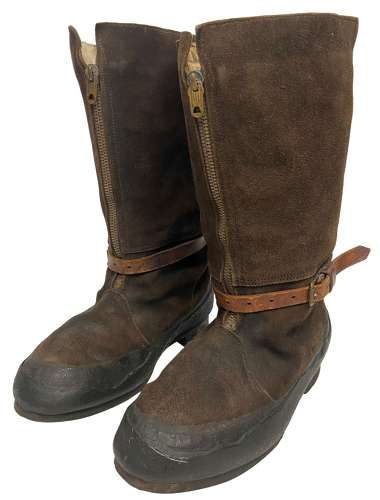 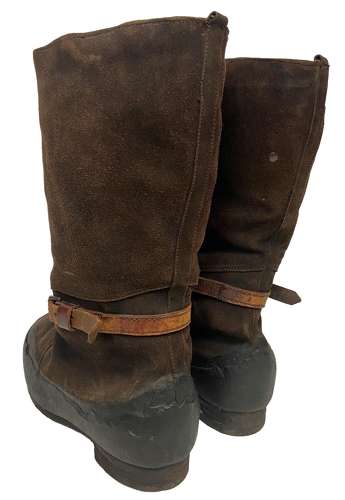 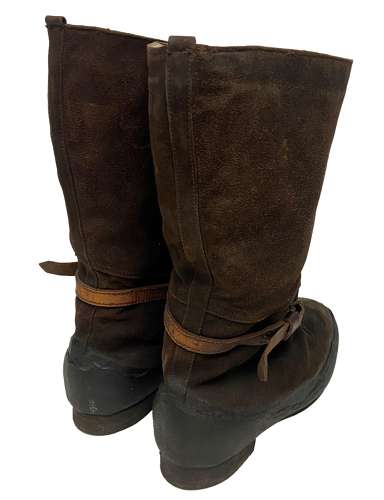 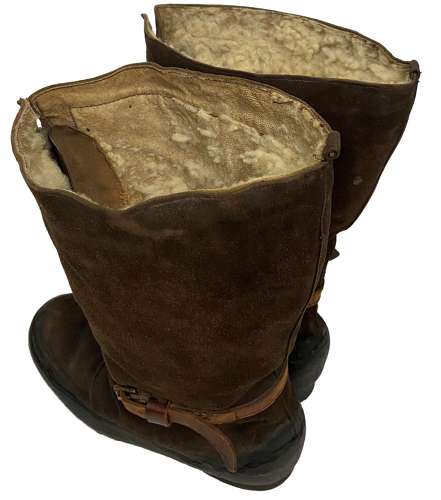 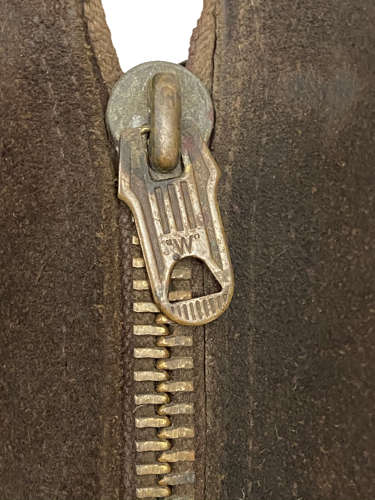 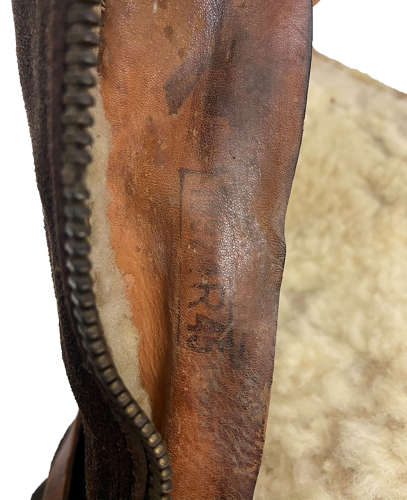 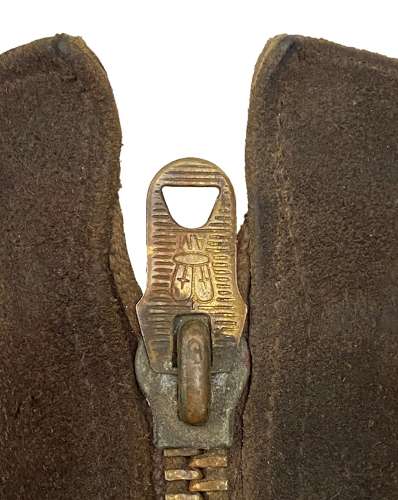 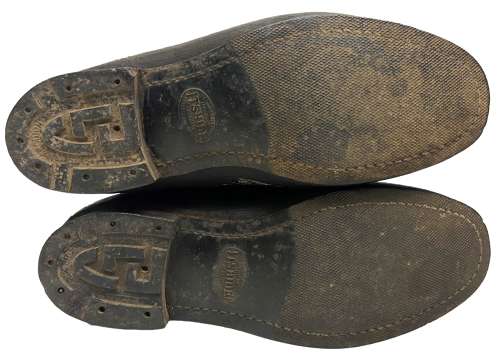 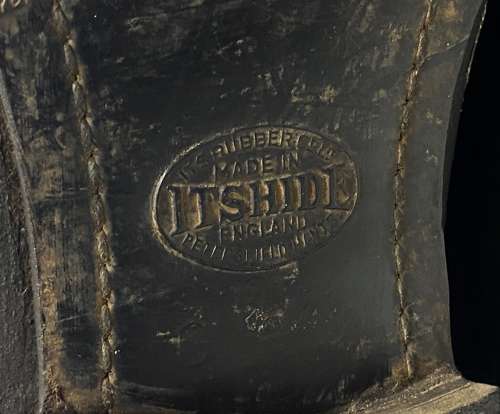 This pattern of boots came into issue with the RAF during the Second World and were particularly popular with Bomber Command, earning the nickname of 'bomber boots'. The boots are made from a brown coloured suede and feature a zip front, rubber soles by 'Itshide' and leather ankle straps. The interior of the boots is sheepskin lined for warmth.

Both boots retain their original zips which match and work as they should. They are marked 'W' to the front whilst the rear bears the Air Ministry AM and crown marking. The soles are originals and are not cracked or broken, as they so often are. They have not been re-soled post-war making them ideal for a collector.

The leather flap which sits behind the zipper on each boot bears the War Department broad arrow marking which is faint but still visible. I cannot find a size marking but they fit my size 9 feet so should suit a size 8 or 9 foot.

The overall condition of the boots is good and they display well. There is however a tooth missing to one of the zips which is only noticeable on very close inspection and does not affect functionality. There are some sections of the rubber galosh missing although nothing too serious or noticable. A lot of the sheepskin is missing to the interior of the boots but this is not noticeable when worn or displayed on a mannequin.

A nice example of this pattern of boots which whilst not perfect would make a solid addition to any RAF or USAAF collection.