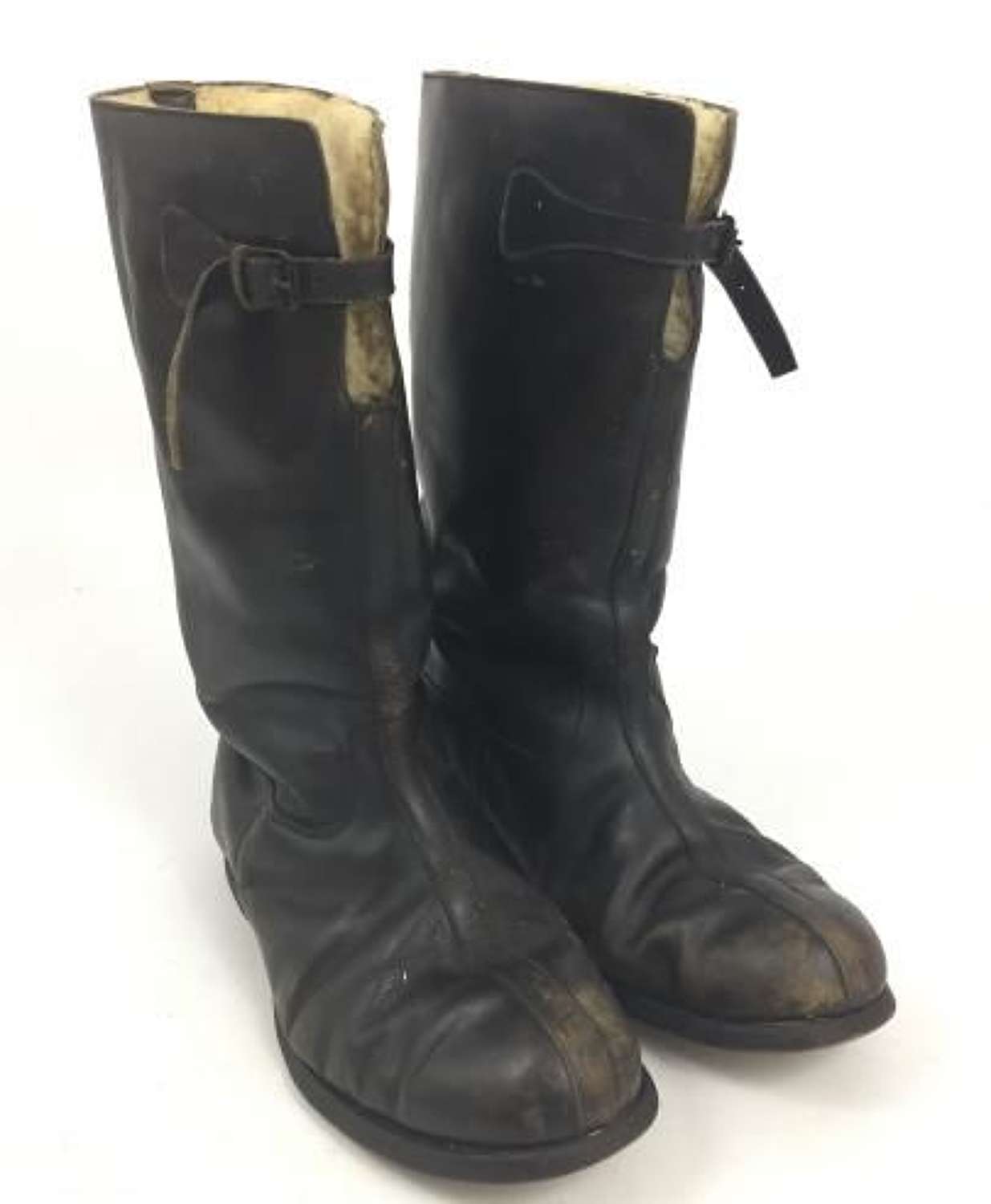 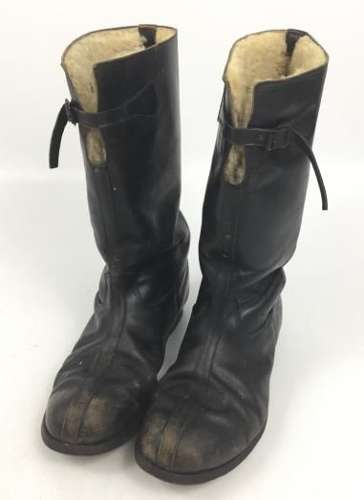 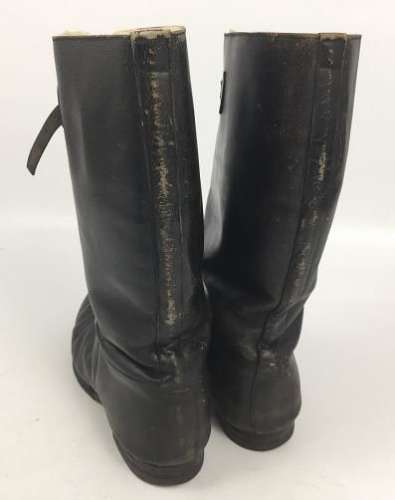 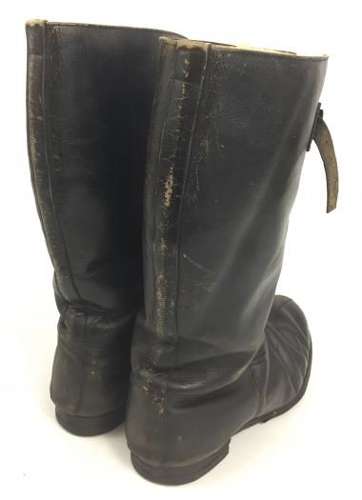 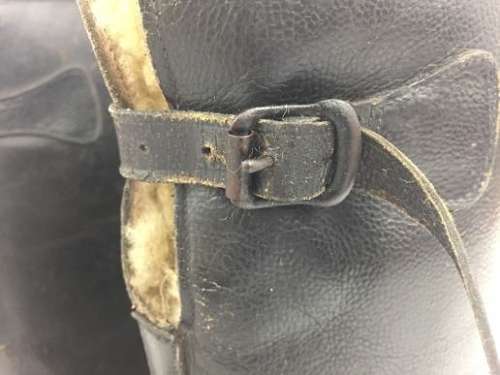 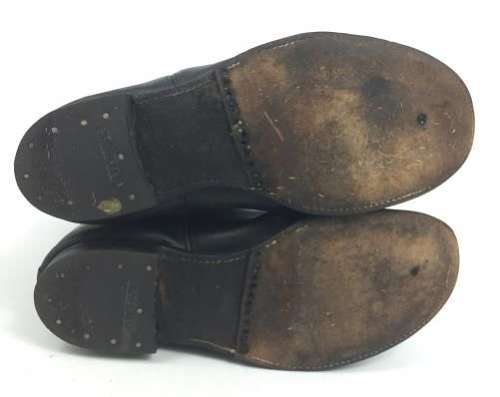 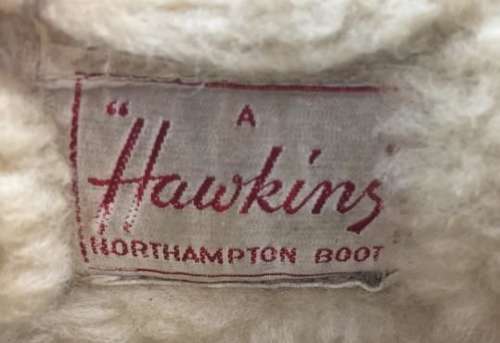 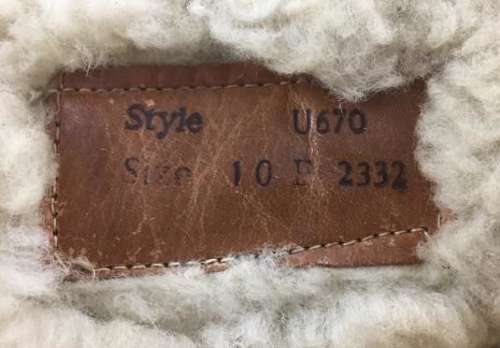 These boots were made in Northampton like many private purchase boots of the time and feature a sheepskin lining, leather soles, rubber heels and leather straps to the front of the boots. These are not to be confused with the post-war boots with the straps on the side of the boot which are often mis-sold as wartime.

Inside the boots there are two labels. One reads 'Hawkins, A Northampton Boot' which is very period and the other is a leather label, typical of those found on 1940s boots. The label states the style code as well as the size which is 10.

The overall condition of the boots is good but they have seen a lot of wear over the years. The sheepskin inside is mostly intact although there are some areas where it is missing. The leather outer of the boots is good and supple. Some of the black leather finish has worn through, particularly on the toes, to give them a nice aged patina. The leather straps at the top of the boots are both good and the black painted buckles, whilst missing some of their paint, function as they should. The rubber heels are recently replacements and the leather soles are well worn. There is a line across each sole which forms a join and this has split and been nailed back together again by a cobbler meaning that they are somewhat delicate. They are still wearable and display well but would perhaps benefit from a new sole if they were to be worn for re-enactment purposes.

Overall a nice pair of original period private purchase boots which display well and make a good stand in for the much more expensive Air Ministry Marked examples!