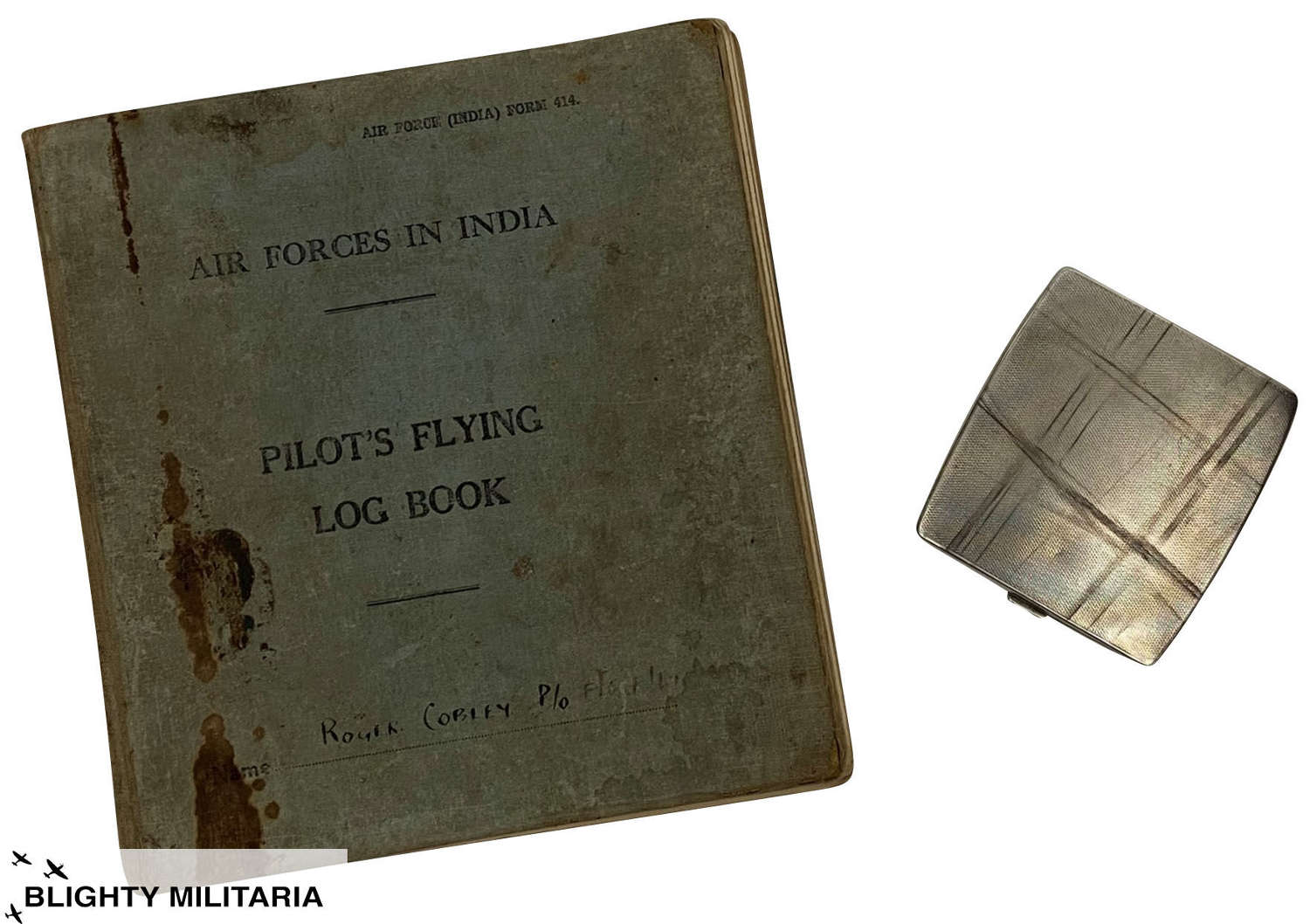 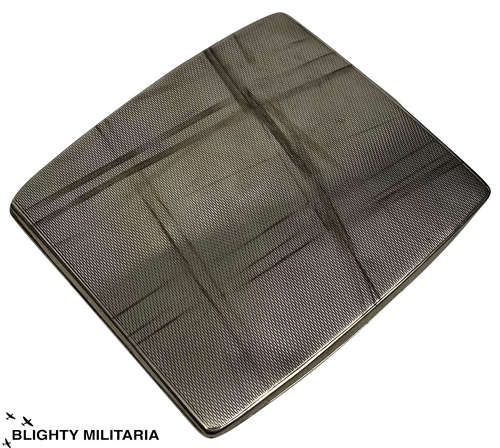 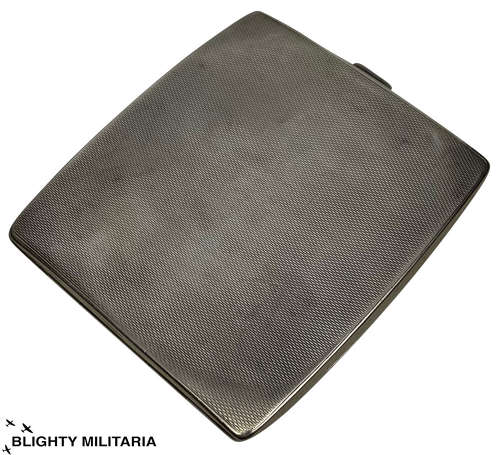 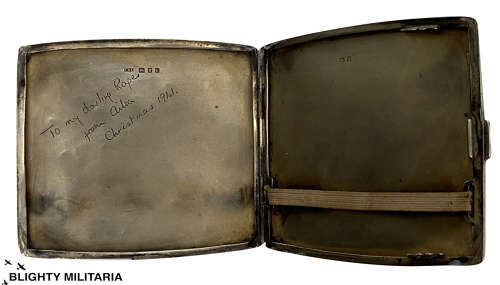 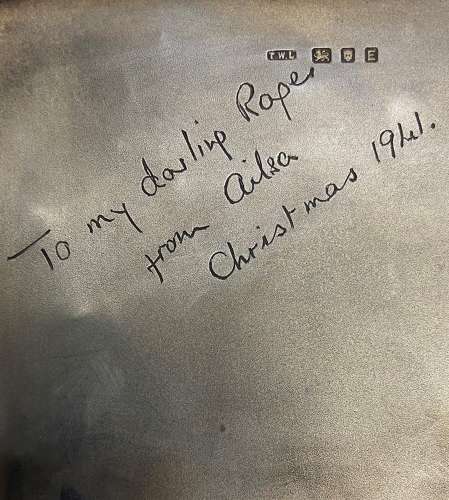 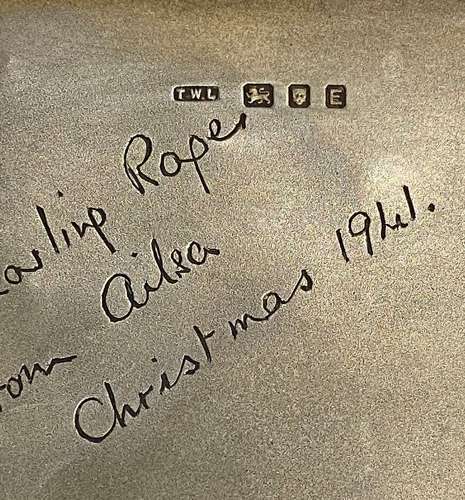 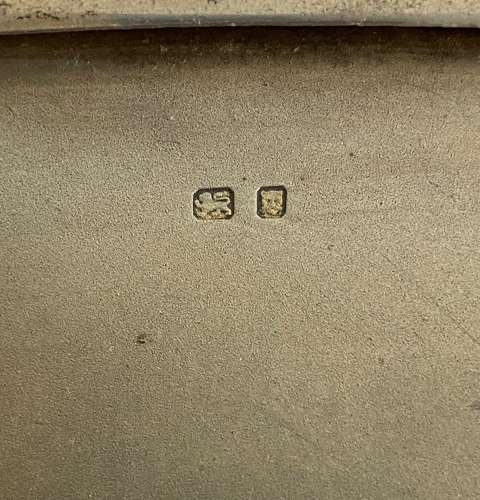 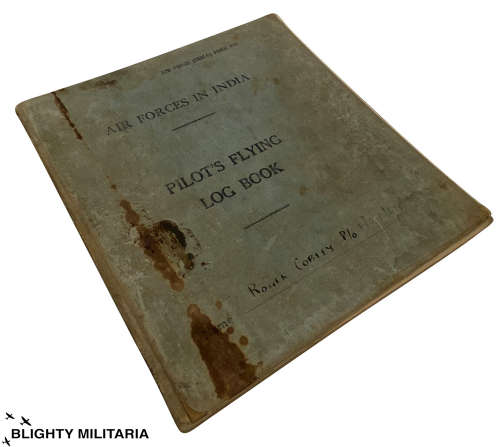 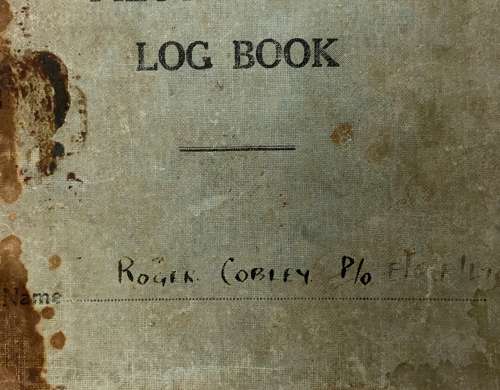 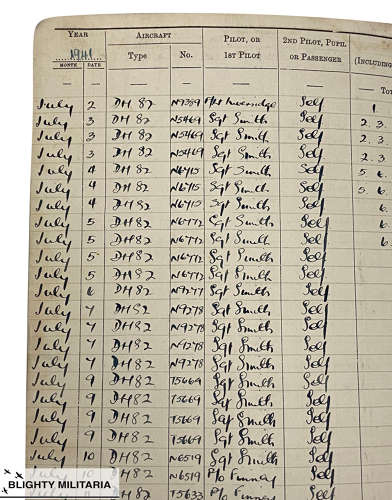 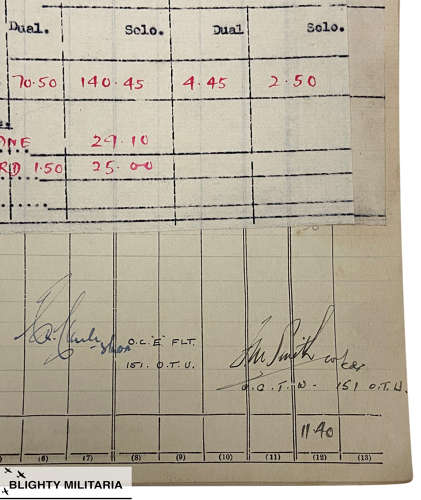 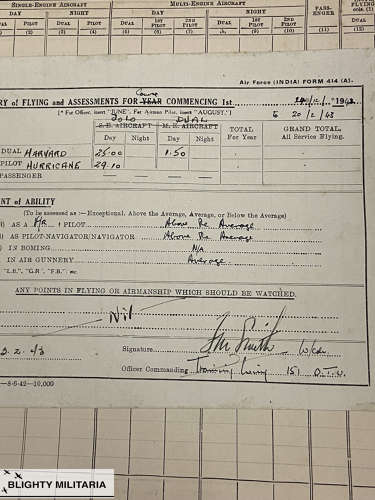 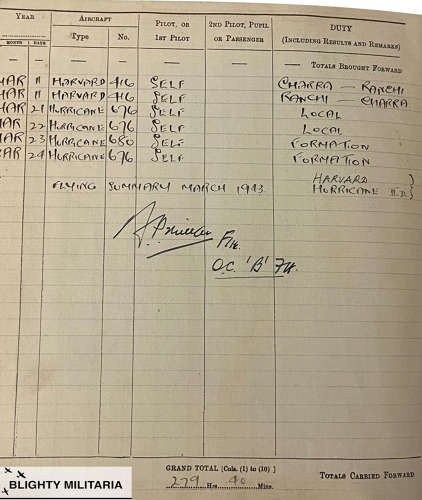 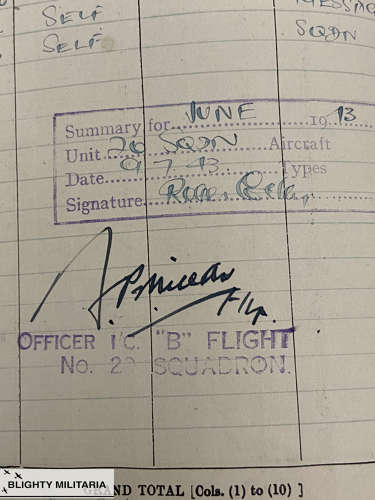 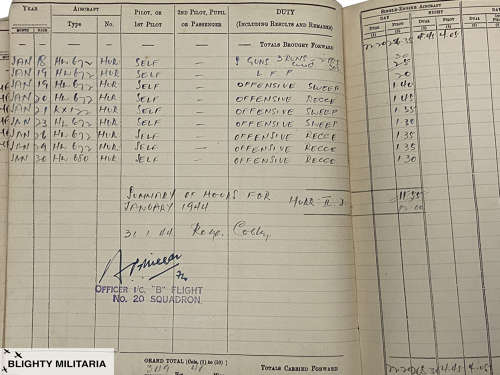 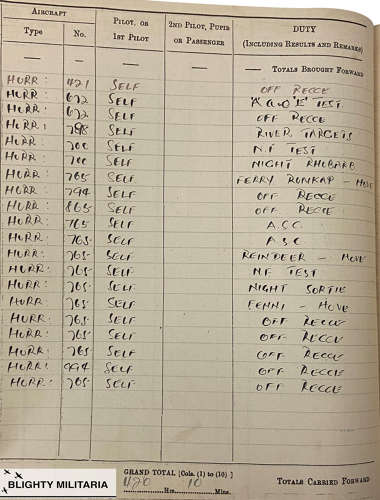 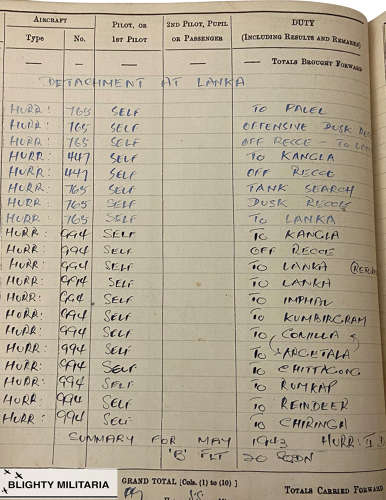 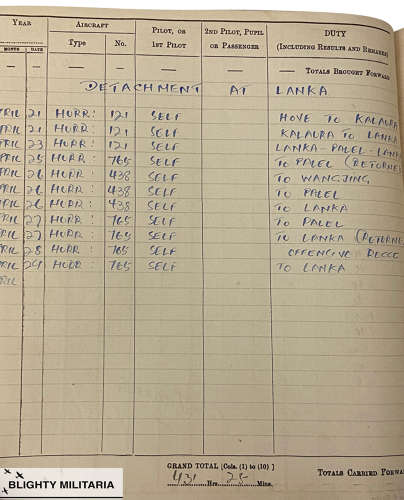 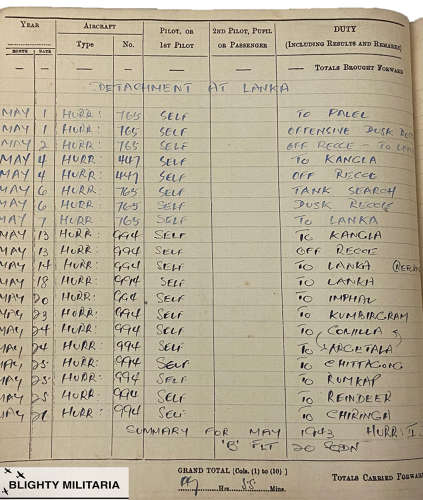 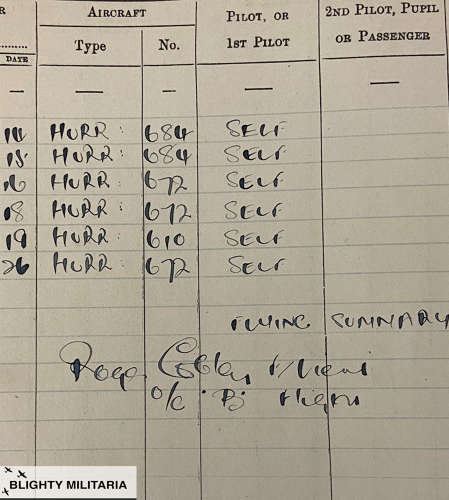 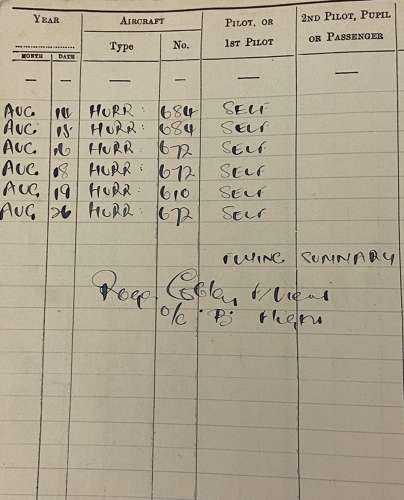 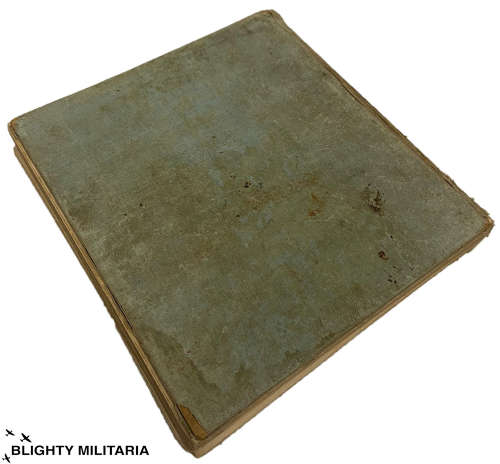 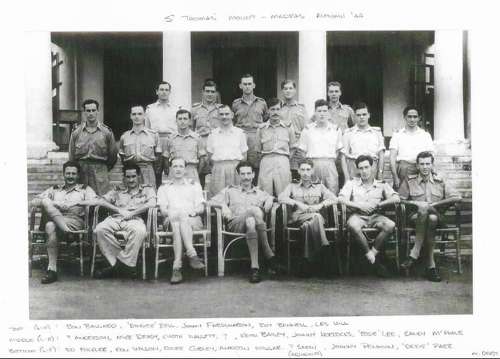 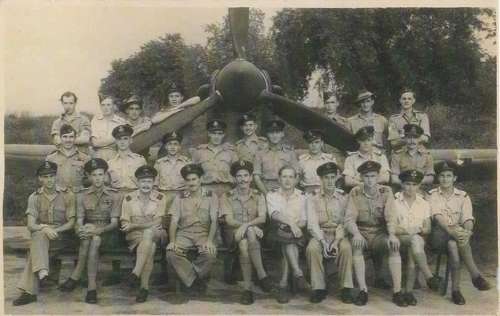 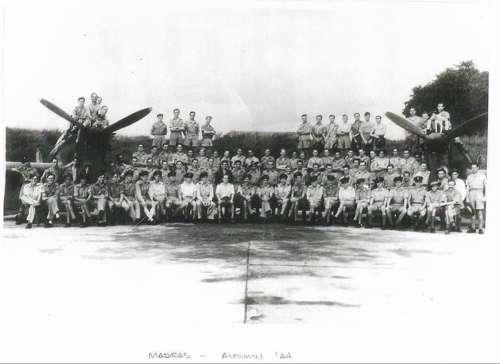 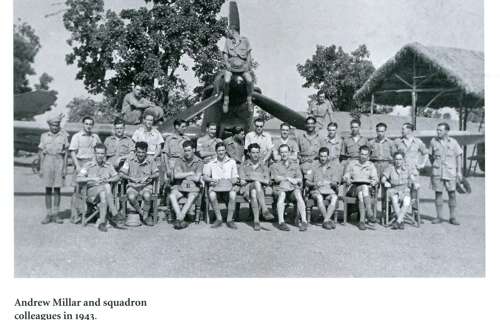 This is the log book and cigarette case which belonged to Roger George Cobley who flew Hurricanes with No. 20 Squadron during the Second World War.

What is really fantastic about this interview is that it ties in with events in the log book on numerous occassions and gives reading the enteries much more detail and colour, along with a great understanding of who Roger was and what he was like.

The book itself is in reasonable condition for its age with various signs of use etc. It appears to be complete and all the pages and there is no serious damage.

The cigarette case which accompanies the log book is a silver example which is typical of the period. It features the hallmark for 1940 and the makers' mark 'T. W. L' which denotes Thomas William Lack as the maker. There is an inscription inside the case from Roger's wife which reads 'My darling Roger from Ailsa Christmas 1941'. He undoubtedly carried this with him throughout the rest of the war.

A great original logbook to a pilot who flew many sorties in the Far East.