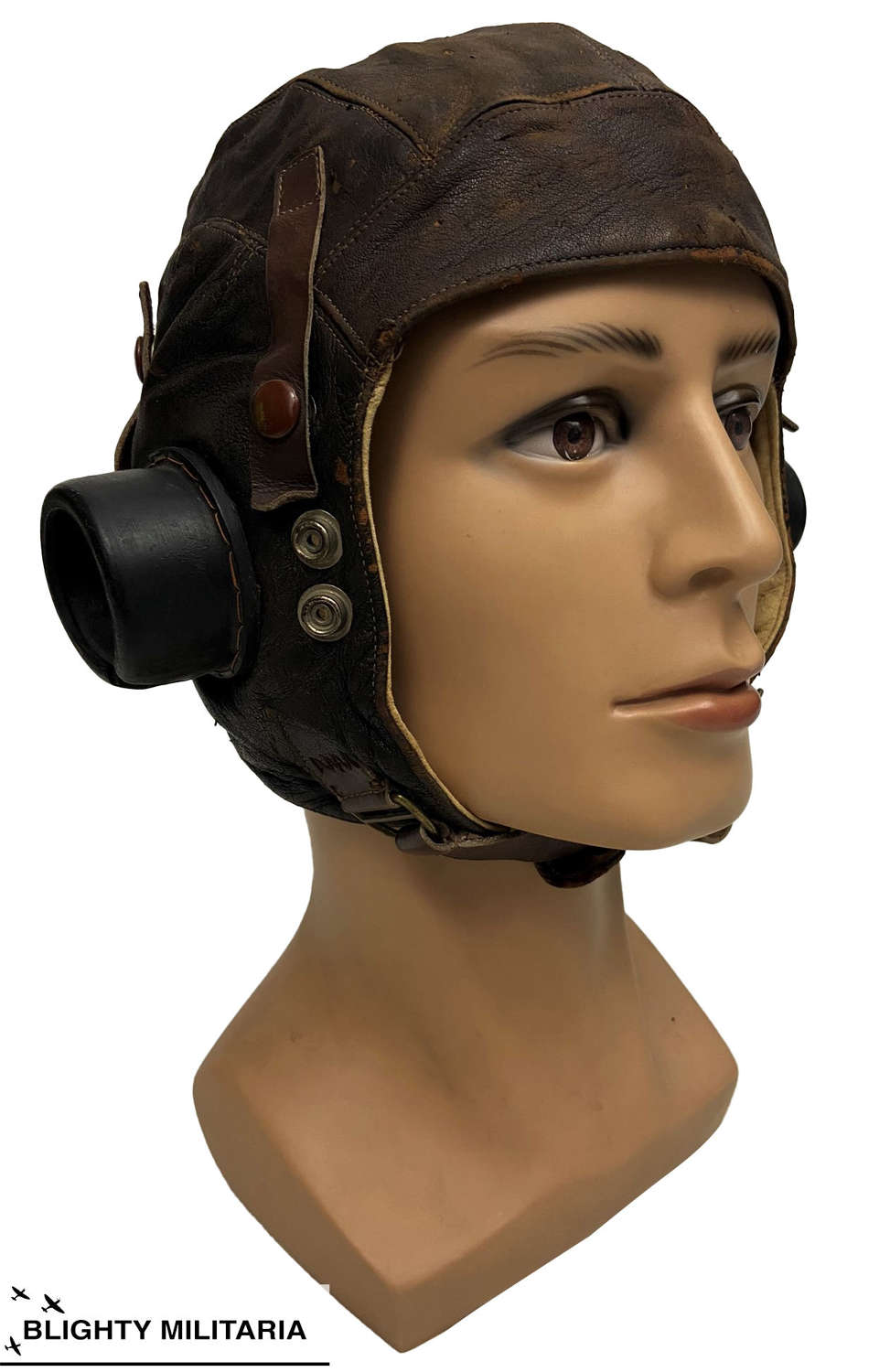 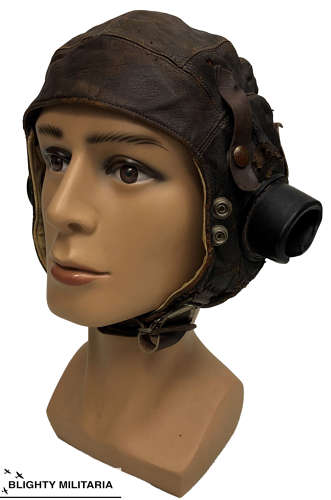 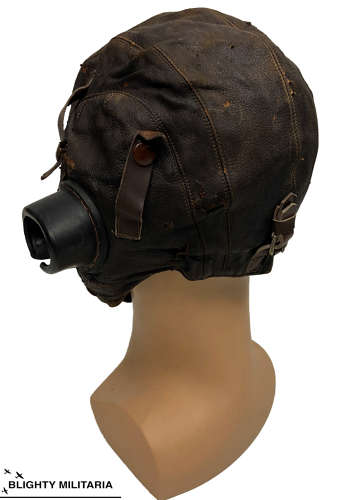 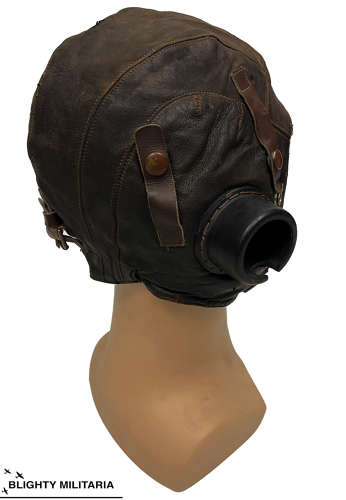 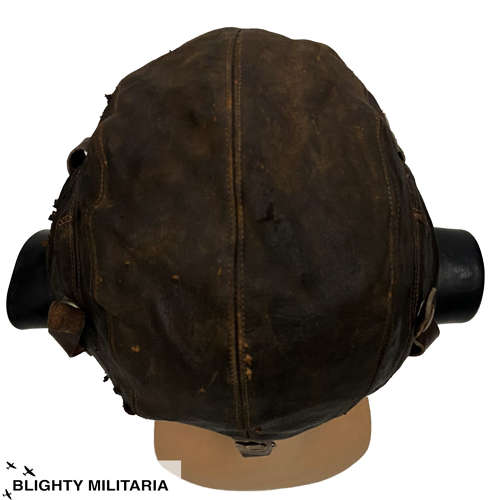 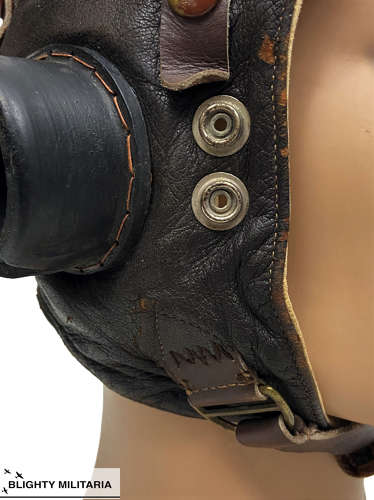 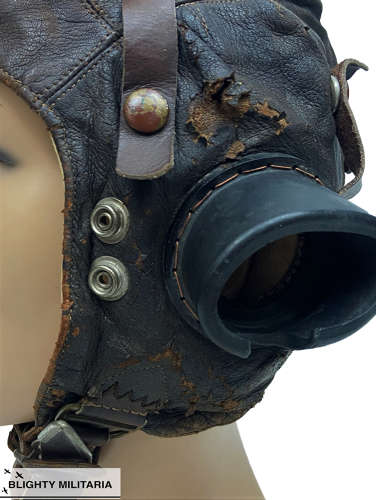 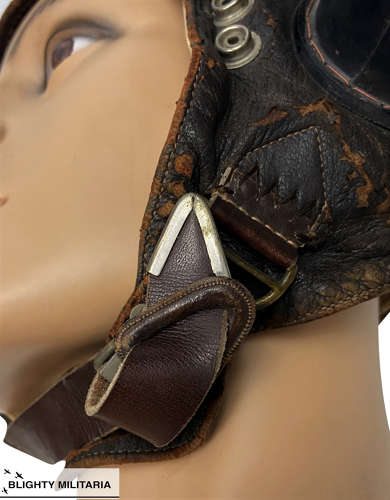 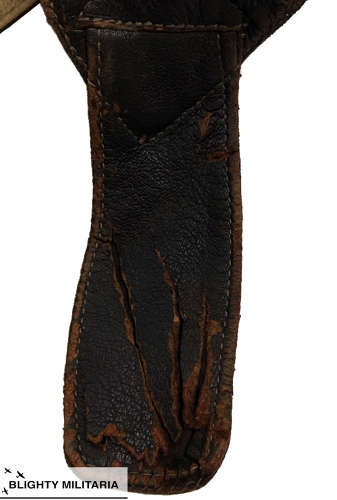 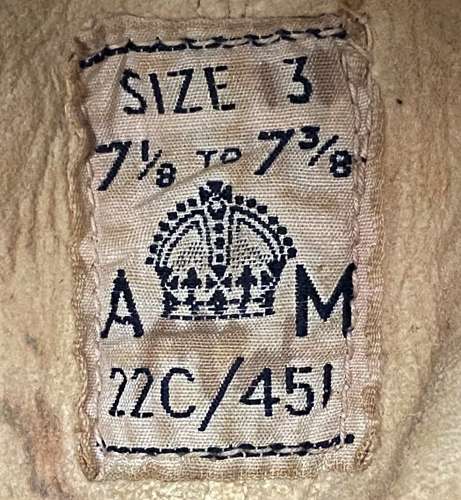 This pattern of helmet was introduced during 1941 and replaced the B-type flying helmet. It is synonymous with the fighter pilots of the Second World War and also saw use with Bomber Command, the USAAF and many other during the conflict.

This particular example is very early. It features two oxygen mask press studs rather than the three usually encountered as well as 'up - down' goggle straps - the name used for the upward fastening rear straps and downward fastening front straps. Like the B-type flying helmet, this helmet was designed to be fitted with an external wiring loom and also features a 'Bennetts' buckle which fastens the chin strap. Inside the helmet the original label is still present and is bright and legible. It is typical of early labels bearing the large Air Ministry AM and crown logo along with the size of 3 and the RAF stores code 22C/451.

The helmet is in reasonable condition and displays quite well. The leather is supple but has various areas where the chrome finish is no longer present, particularly around the left side as shown in the pictures. The leather chin protector has also suffered as is also shown in the pictures although this is not visible when the helmet is on a display head. The chamois interior is quite clean with only limited signs of wear and use. Overall the helmet displays well enough, but please take time to study the pictures before purchasing.

Whilst not a perfect example, this is still a rare early C Type with the up-down goggle straps, two press studs and is a size 3.