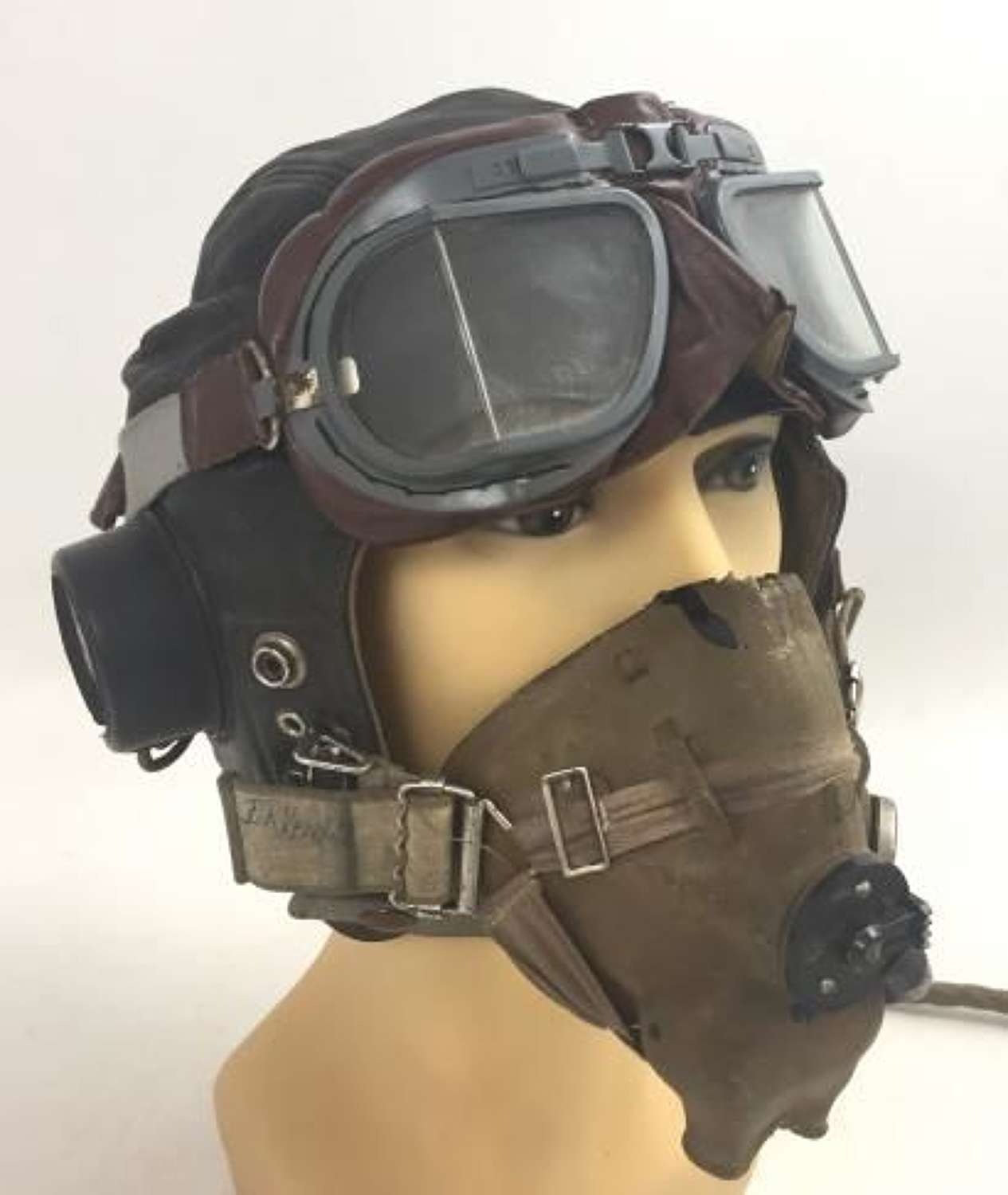 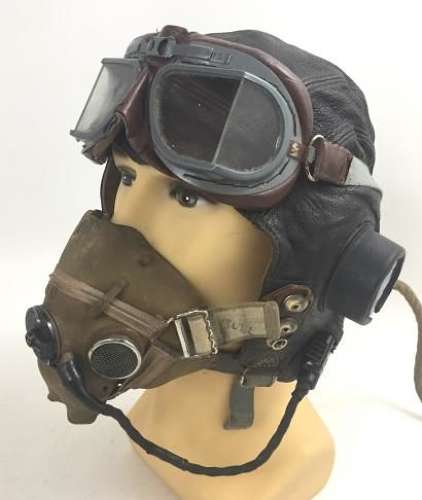 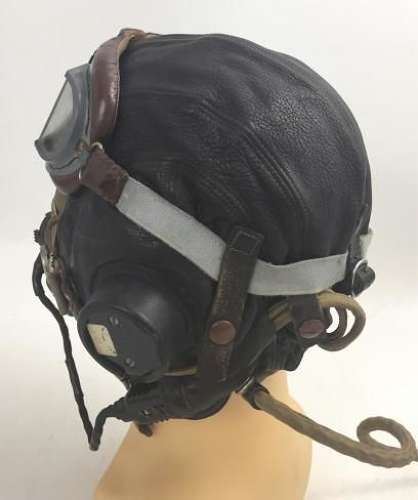 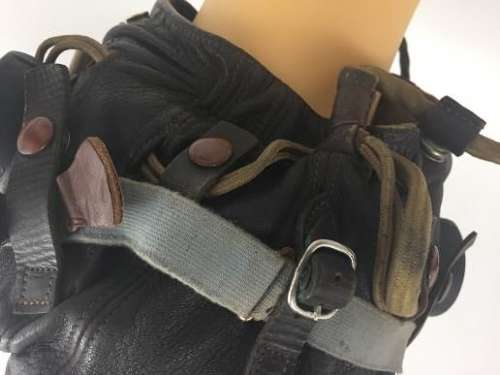 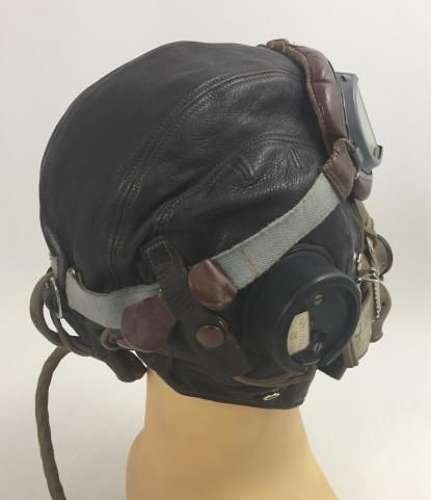 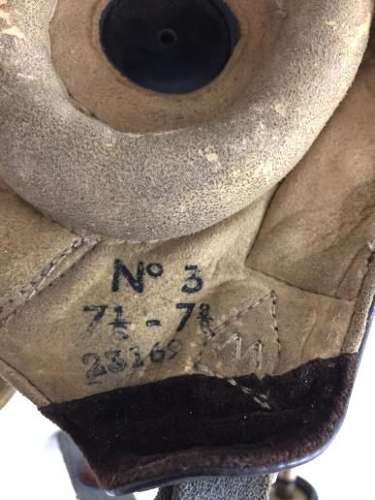 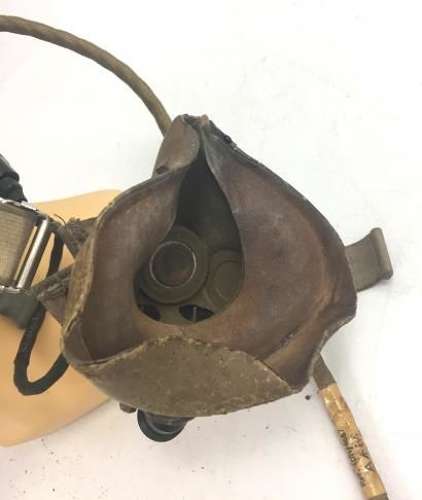 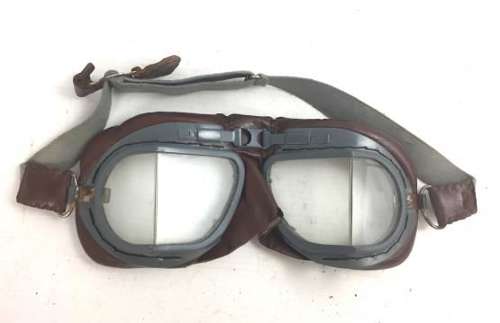 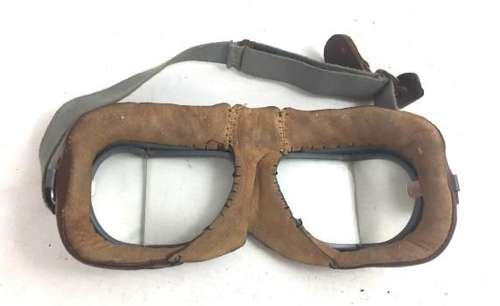 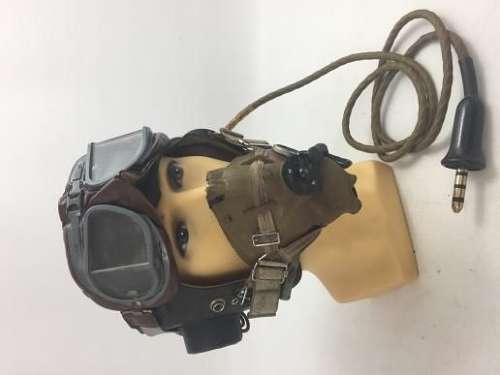 This set is typical of those worn towards the end of the Second World War and in the immediate post-war years by RAF Aircrew. The C Type helmet is a particularly nice example which is a size 3 and only shows small signs of wear. It features an original set of receivers and a very nice original wiring loom which is very clean and even still retains its stores reference tag. The jacket plug is complete and not damaged and the original owners name 'I. R. Kendall' has been added in ink inside the ear donut.

The oxygen mask is also named to Kendal in the same ink which was used in the helmet. It has been added to the harness in a visible place which can be seen when it is displayed. Where the date is usually present to the side of the microphone there is instead a word so it is impossible to date it exactly. It does however feature the early large type 57 microphone which was used in the Second World War. The condition of the mask is not the best. The rubber has hardened and cracked in a number of places and the harness shows signs of age. Please study the pictures as these form part of the description.

The MK VIII goggles are clean examples retaining the vast amount of their original blue paint finish. The leather eye pads and shaming backing are also in nice clean condition whilst the chin strap still retains its elasticity and is the correct RAF grey colour with metal fits and leather pull tabs. There is a small amount of corrosion to the metal work of the strap and a small area of the leather finish is missing where the elastic is stitched to the metal tongue which clips in the frame of the goggles, but other than that they display very nicely.

Altogether a nice original set which displays well and would make a good addition to an RAF collection or similar. The name may well ne traceable and it would certainly be worth further research.