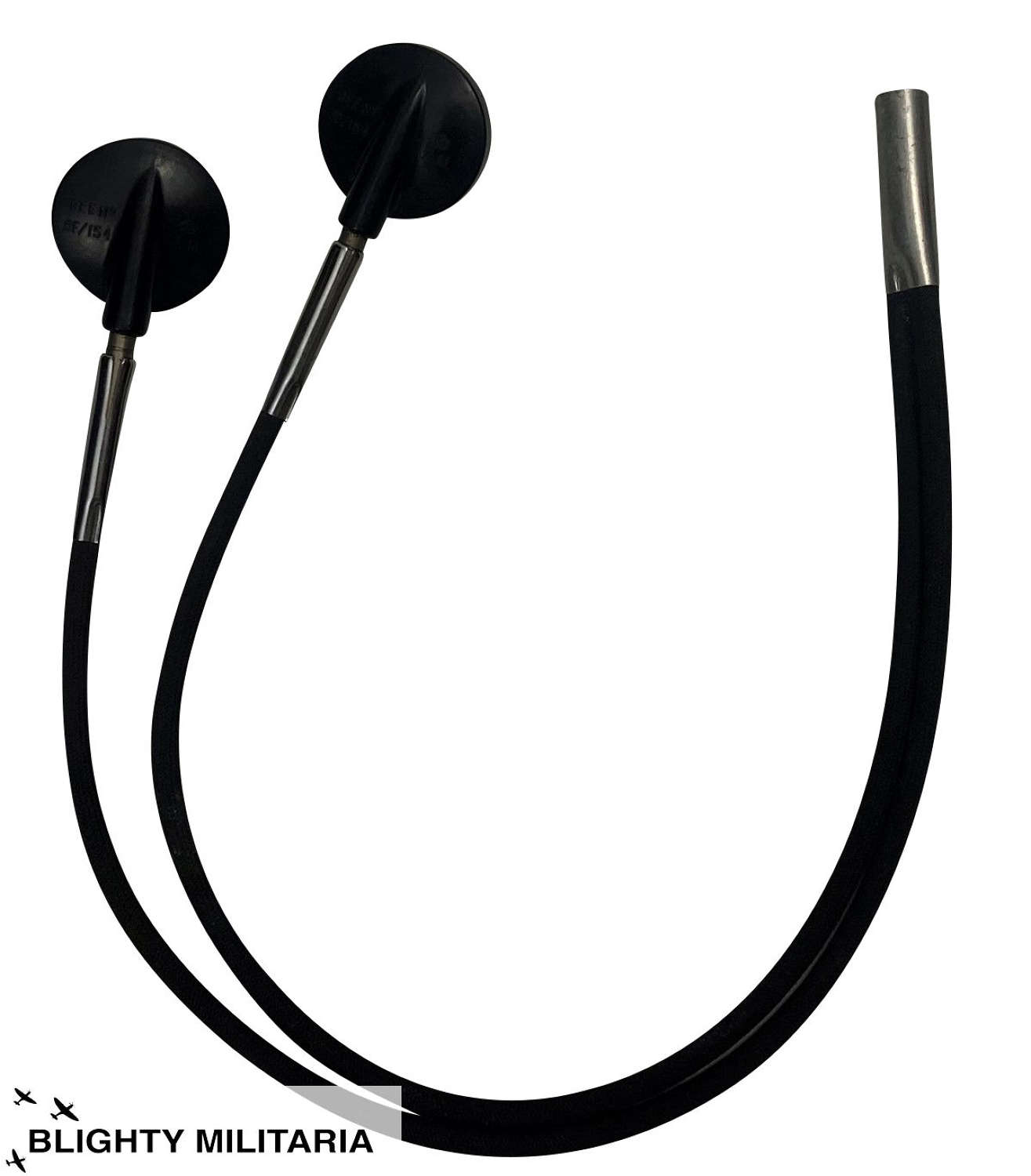 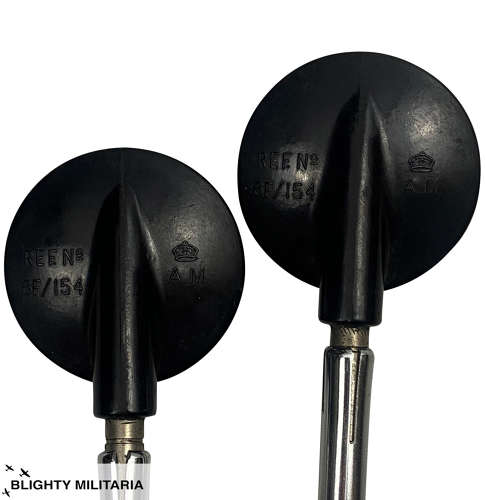 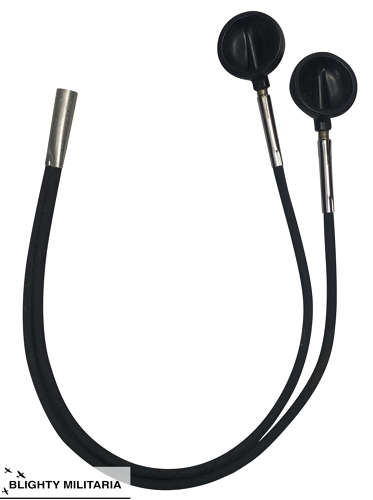 An original pair of RAF 'Gosport Tube' receiver ear pieces and tubes dating from the 1930s through to the Second World War.

Many helmets were fitted with gosport tubes during the inter-war period as well as in WW2. This pair are made from bakelite and are RAF issue rather than civilian, private purchase examples. They feature the RAF reference number of 6F/154 as well as the Air Ministry 'AM' and crown marking. They are fitted to a set of unmarked tubes from the same period which are in good condition.