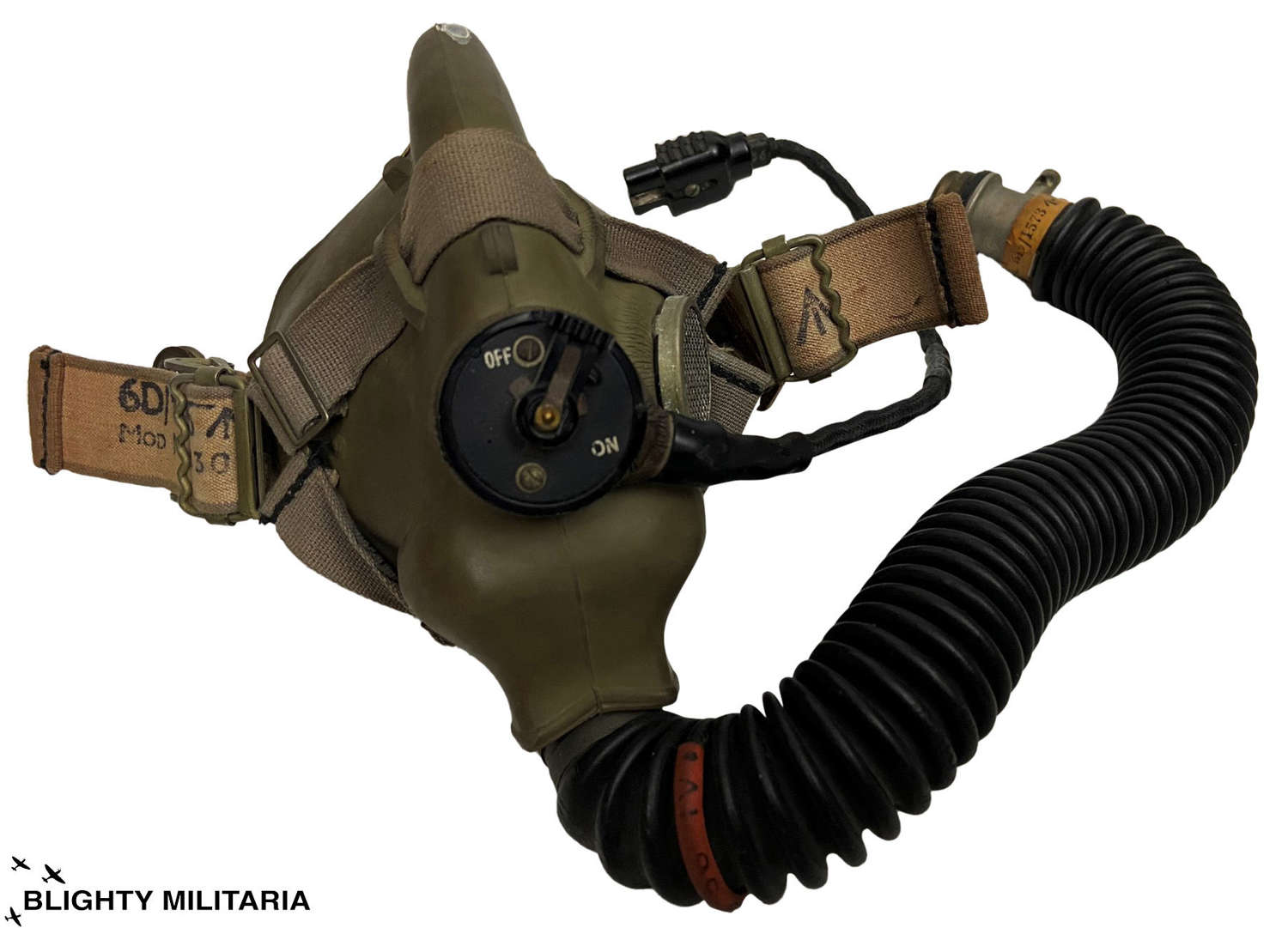 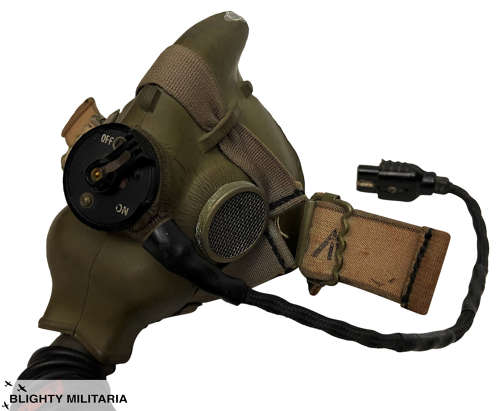 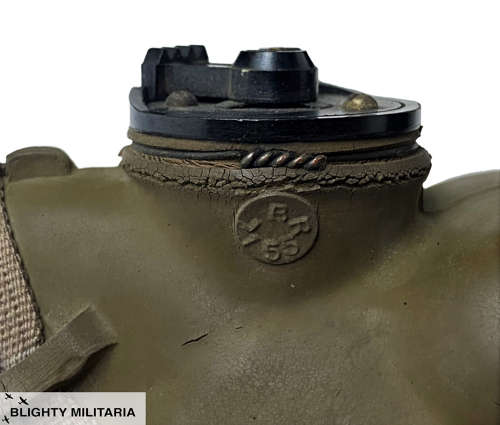 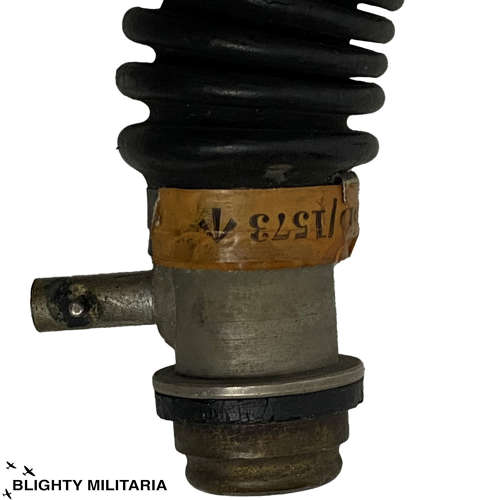 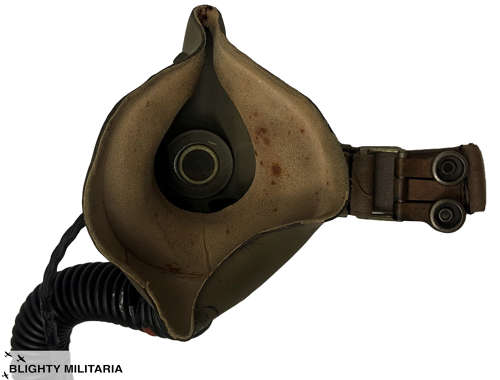 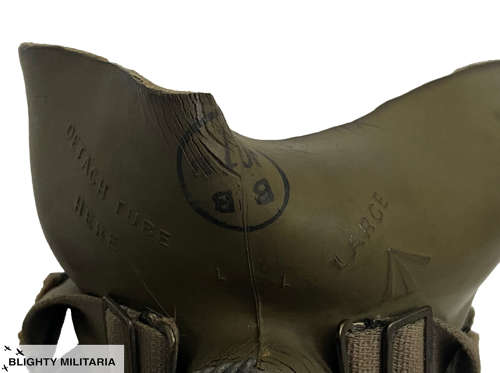 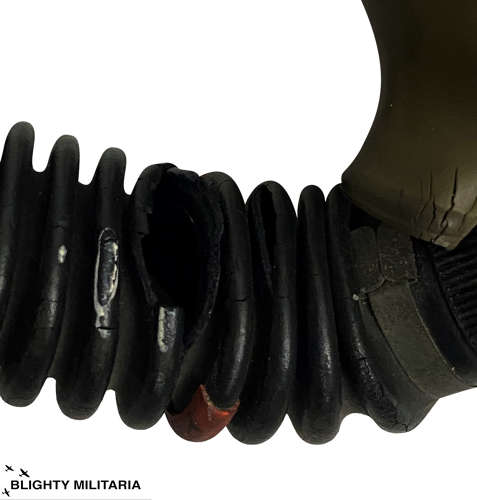 The mask is the standard H Type which was introduced into service at the end of 1944, replacing the earlier G Type mask. It is fitted with a type 57 microphone and standard webbing harness. The mask is dated 1955 and is a size large. Although it is post-war dated it is identical to those issued during the Second World War making it an ideal stand-in. The mask is in reasonable condition although there are plenty of signs of wear and use including darkening to the green rubber and some cracking. The harness is fitted with the clip from the helmet which fastens with two press studs.

The hose is a good original example which is still pliable in most areas although the top (nearest to the mask) has hardened and there are two holes as illustrated in the pictures. It displays well enough but needs to be handled with some care and could not be worn. The tube features the later style adapter which could be changed for a brass MK IV example.