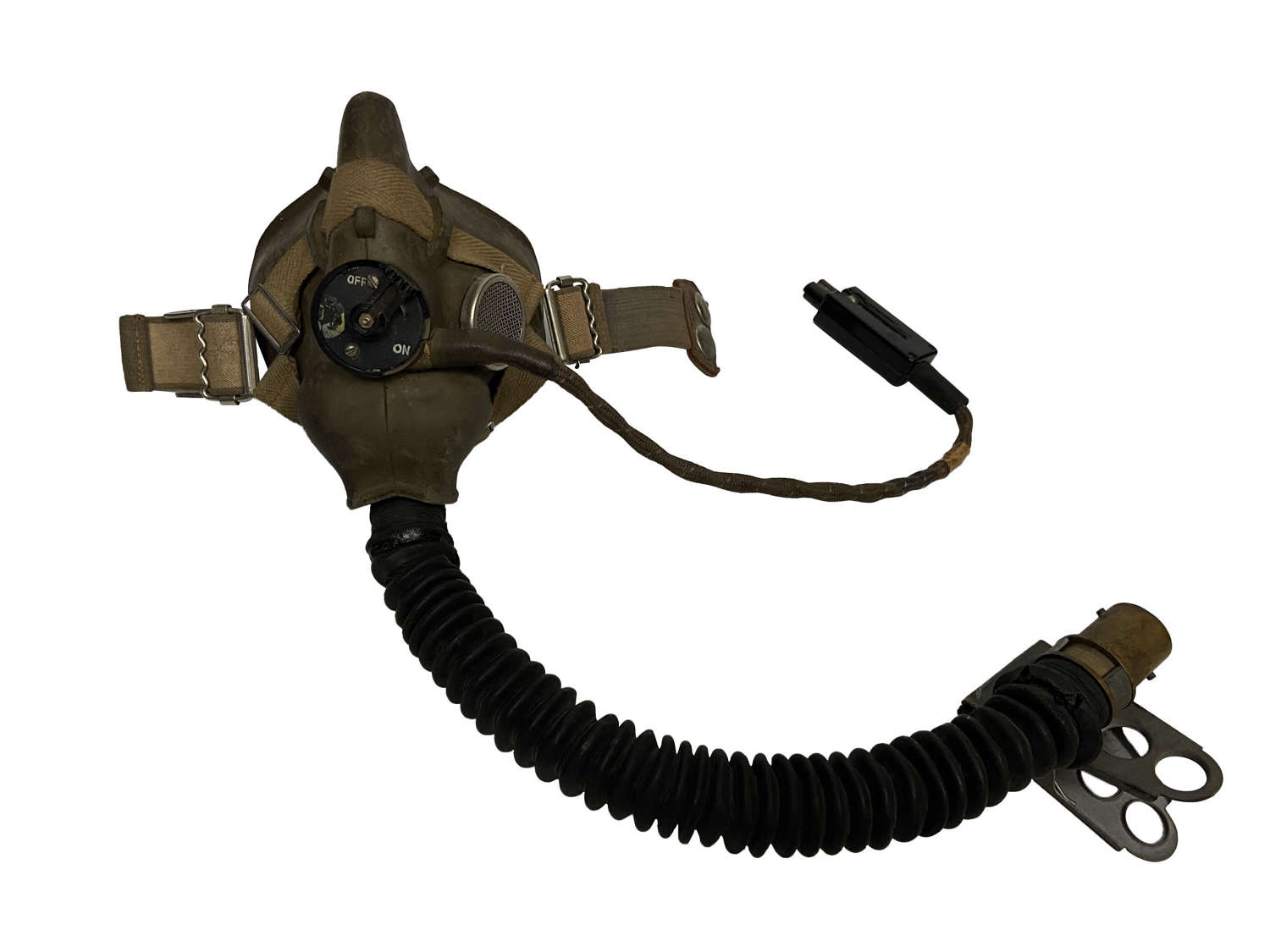 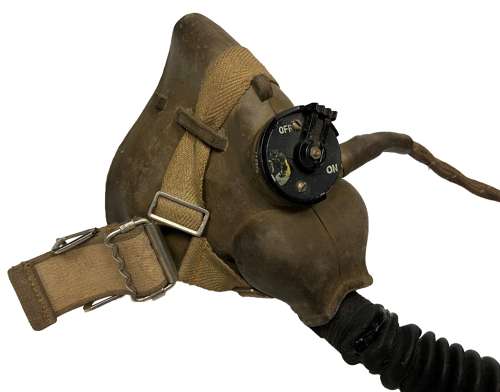 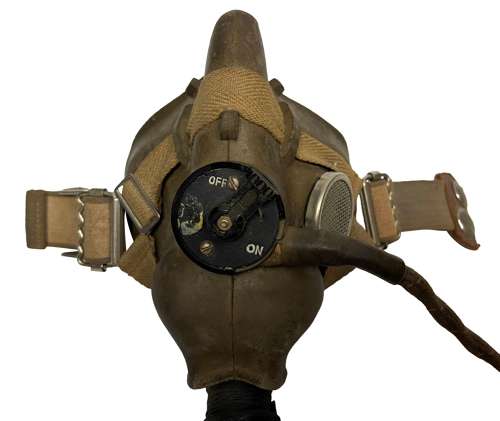 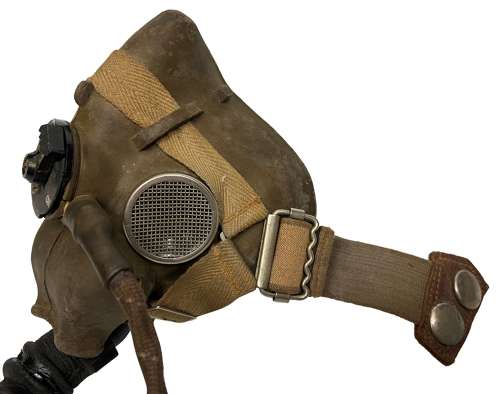 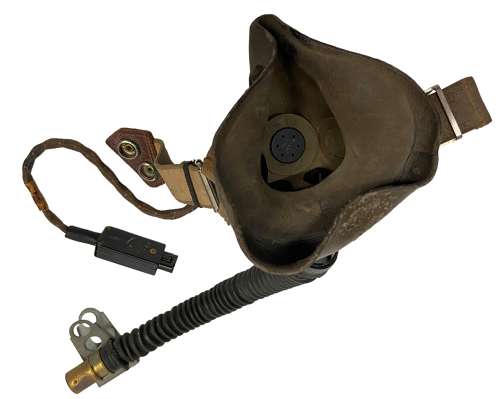 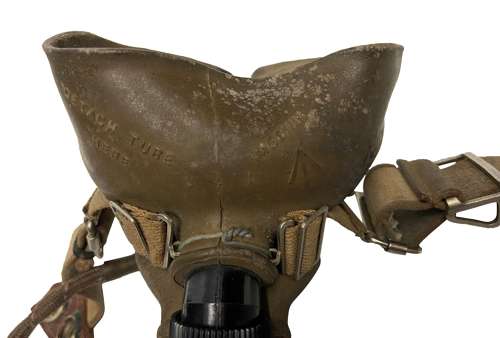 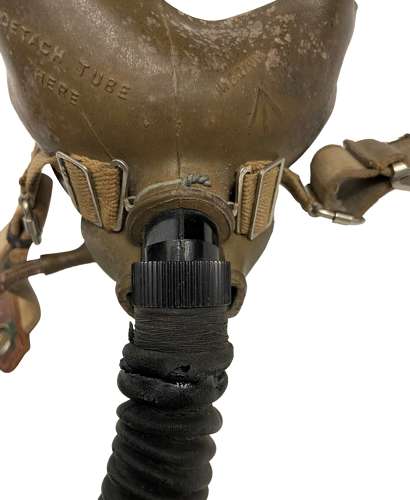 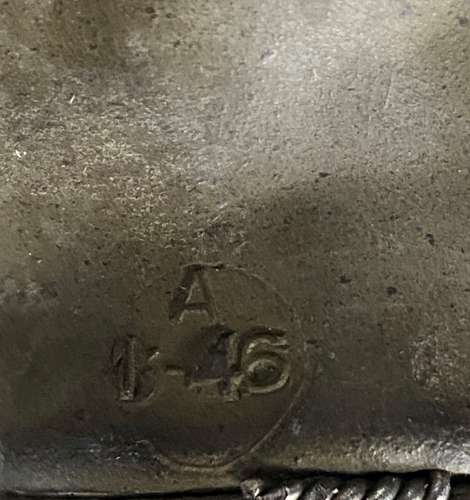 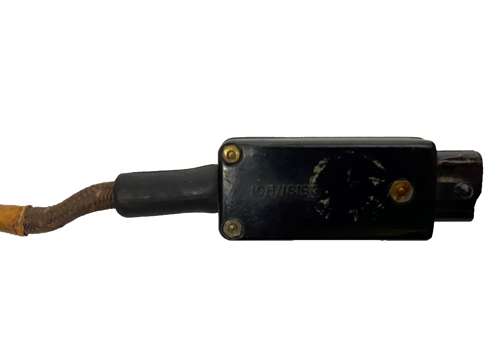 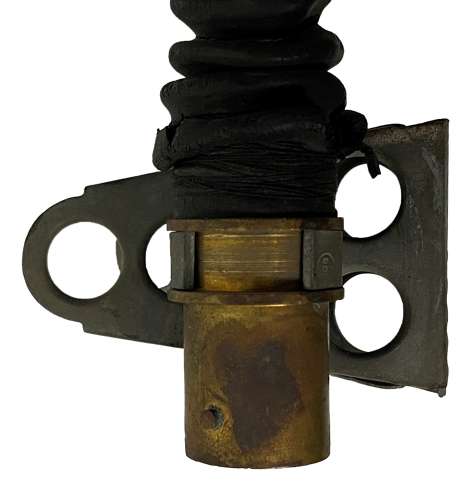 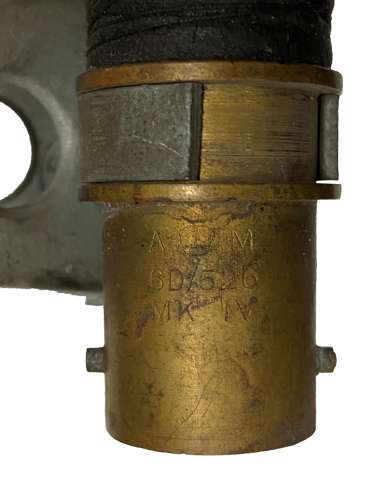 An original Royal Air Force H Type oxygen mask and hose which belonged to James Leslie Barlow 55091 who flew throughout the Second World War with the RAF, as well as in the post-war period.

This set came to be from the daughter of J L Barlow who told me he flew Hurricanes as well as Lancasters during the war and was the last C/O at Castle Archadale flying Catalinas in the post-war period. He also spent a year with the Royal Canadian Air Force and was awarded the AFC. Further research shows he joined the RAF in September 1936 and was still serving in the 1950s, so he certainly had a longer career with the RAF!

The mask is the standard H Type which was introduced into service at the end of 1944, replacing the earlier G Type mask. It is fitted with a type 57 microphone and standard webbing harness. The mask is dated January 1946 and is a size medium. Although it is just post-war dated it is identical to those issued during the Second World War making it an ideal stand-in. The mask is in reasonable condition with the rubber still being supple with no serious damage or cracking.

The hose has seen better days and was damaged due to neglect. It has been fitted with an internal hose to strengthen it with both ends of the original hose being glued in place to preserve it. This makes it more stiff than usual but it still displays well. Due to it being fragile this is only to be used for display. The tube features the brass MK IV adapter which is Air Ministry marked and features the plain steel crocodile clip, all of which is correct for WW2 issue.

Whilst not the finest example of an H type mask and hose it does still display reasonably well and has some great history to it. The condition has been reflected in the price and it would make a nice addition to a collection.