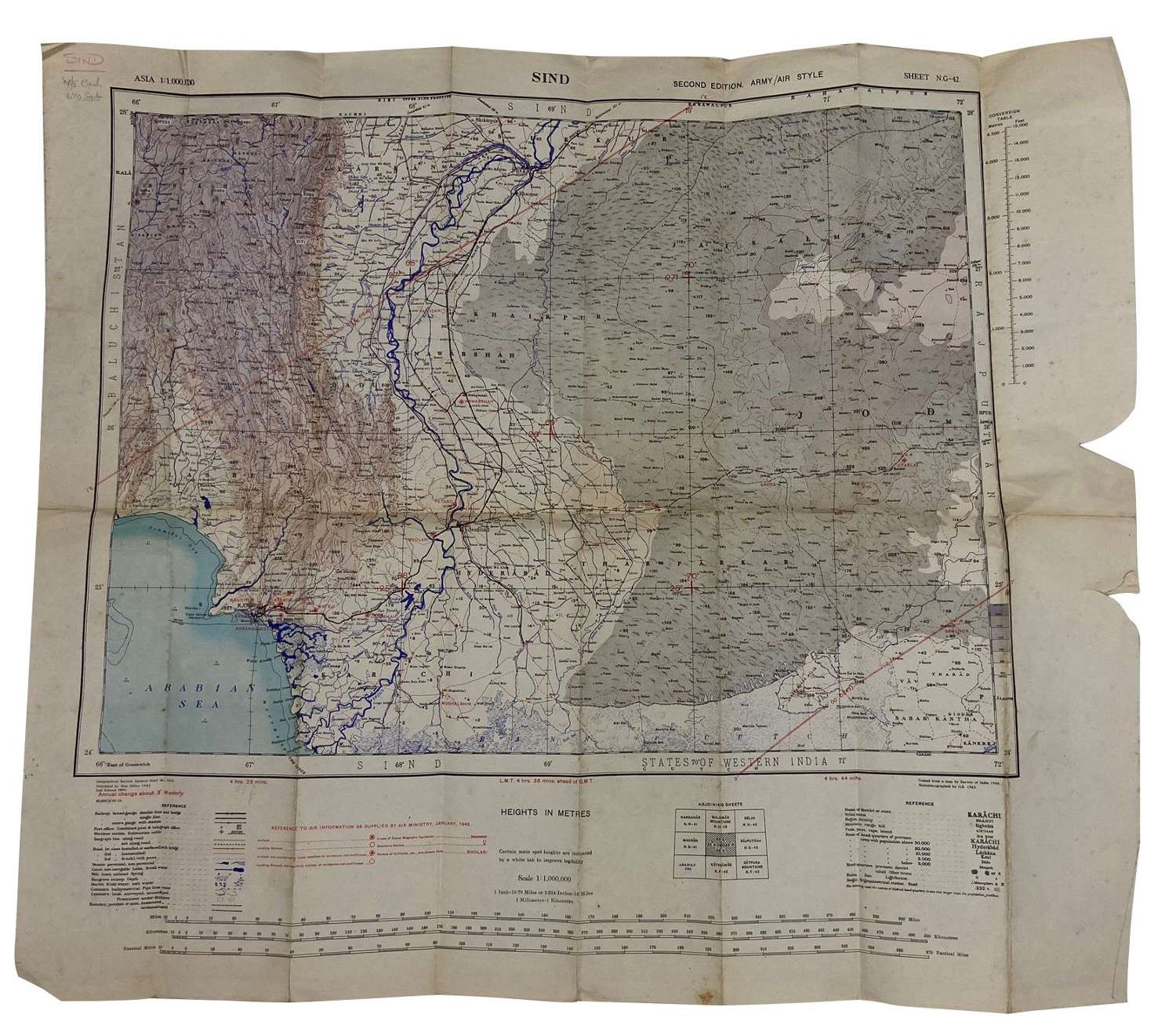 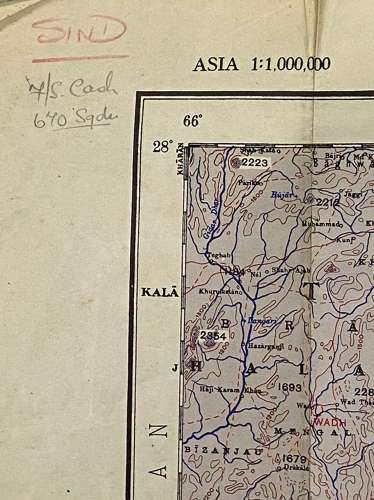 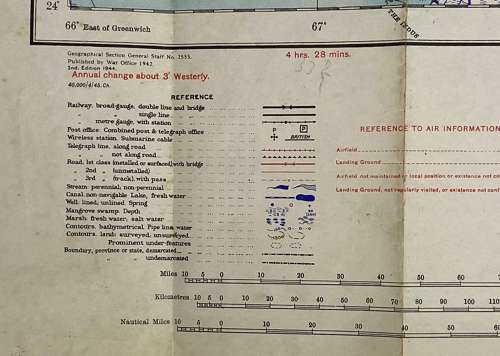 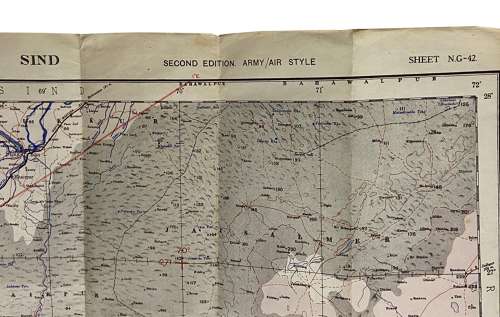 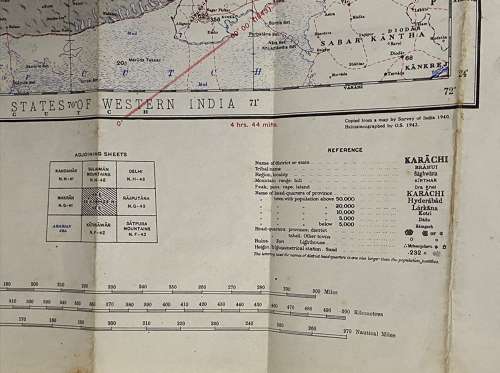 670 Squadron were formed in Punjab in late 1944 and whilst stationed there trained on Waco CG-4 (Hadrian) gliders. The area the map covers, the date and the addition of 670 Squadron in pencil confirm that this map was used during the war by 670 Squadron.

The map itself is in colour and features all the usual attributes. It is in used condition as can be seen in the pictures.