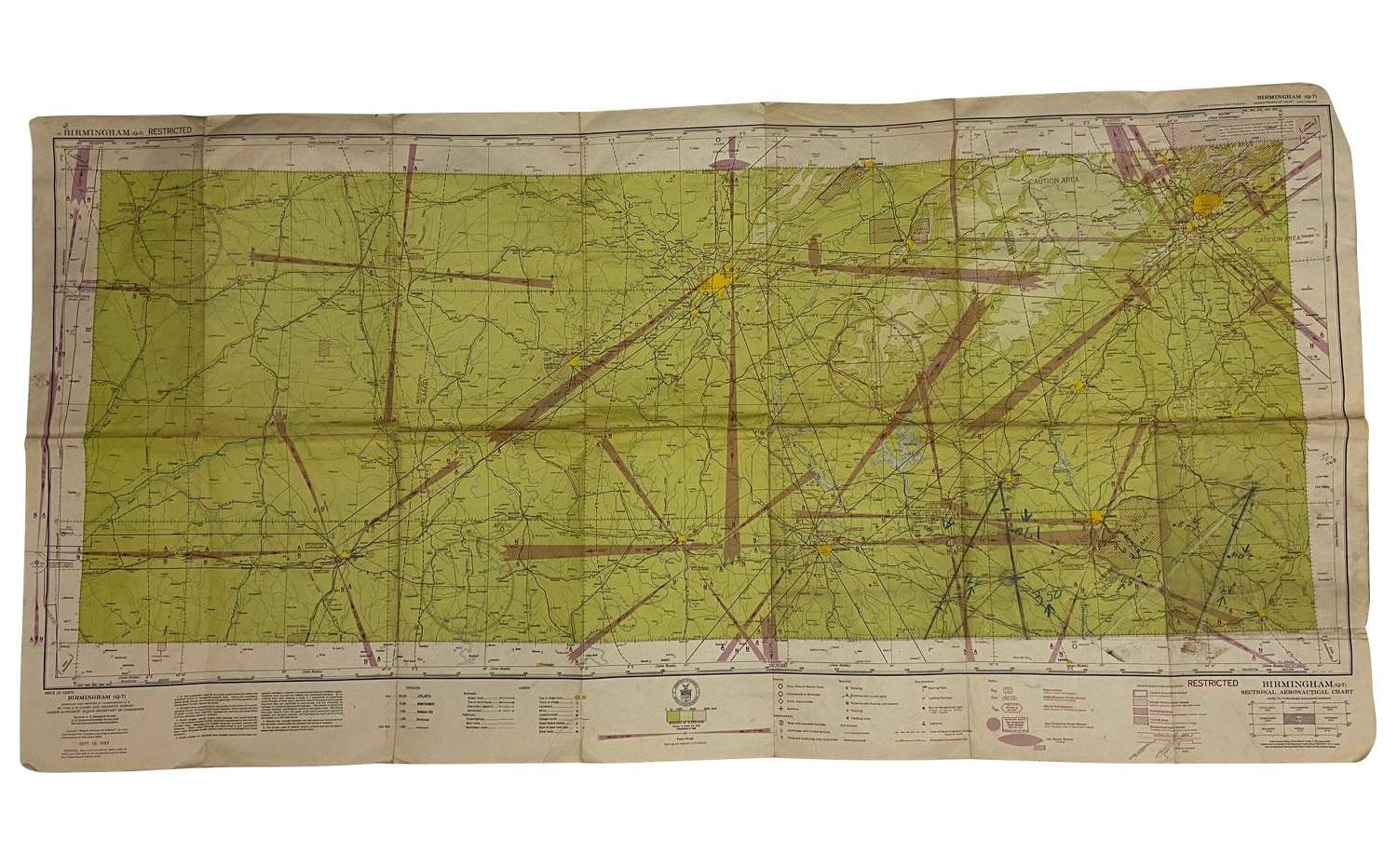 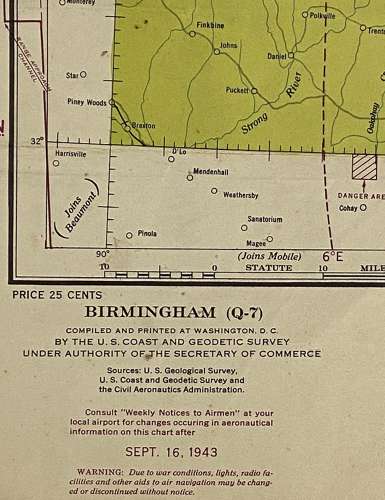 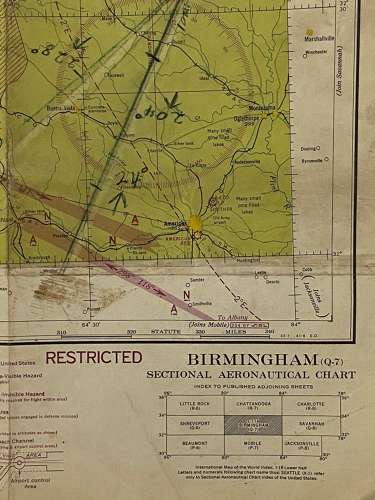 This map belonged to an RAF pilot, Flight Sergeant Cash, who trained in the Unites States during the Second World War. It is a colour map which bears various details including the price of 25 Cents and radio ranges.