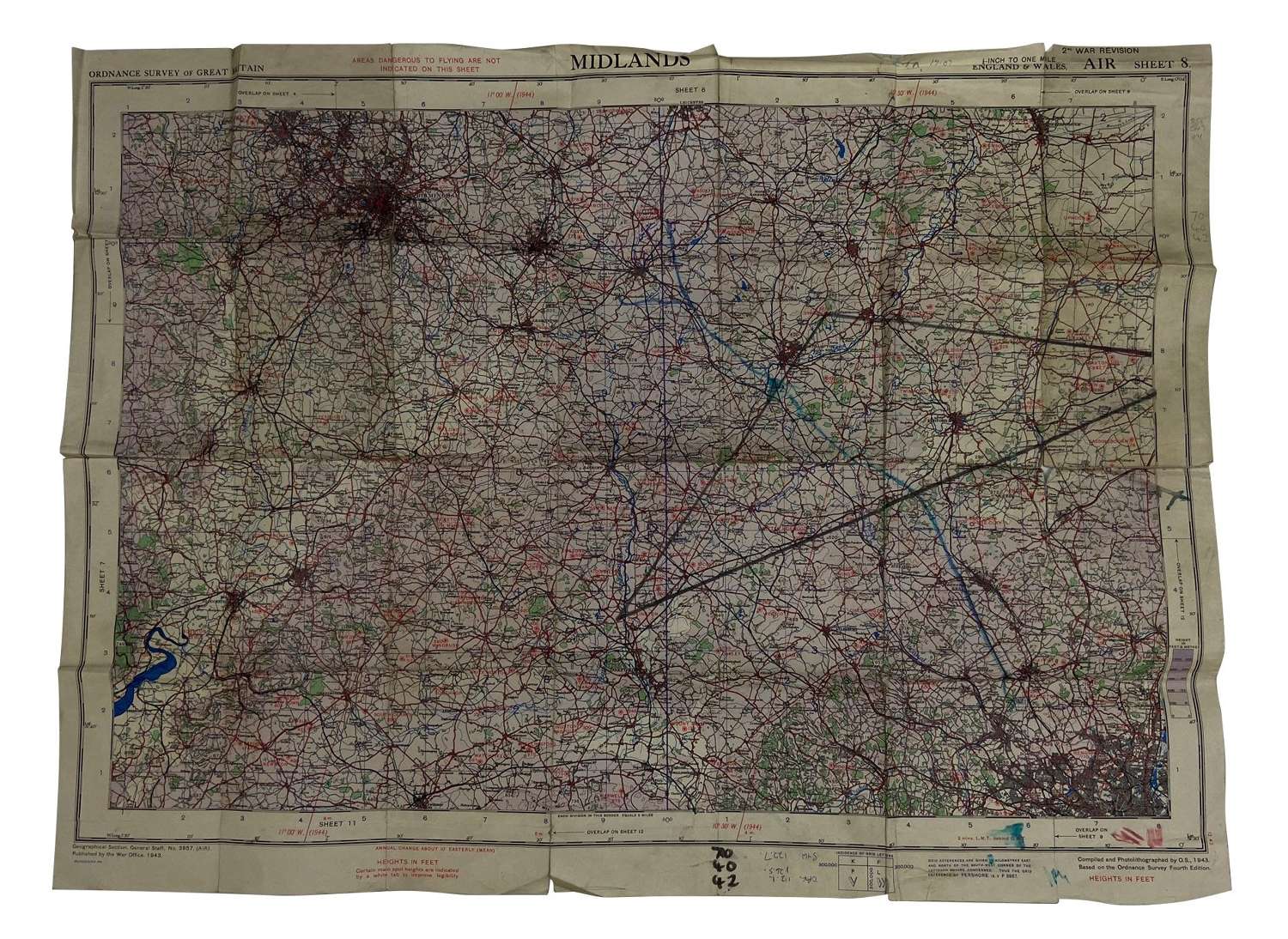 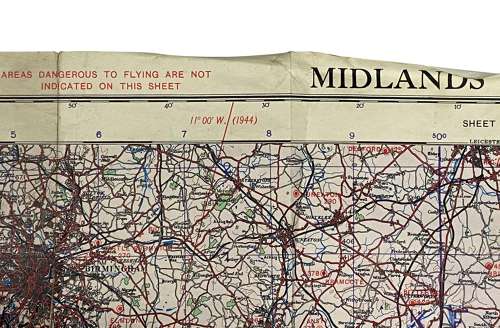 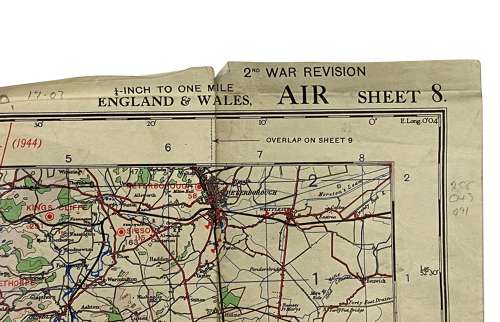 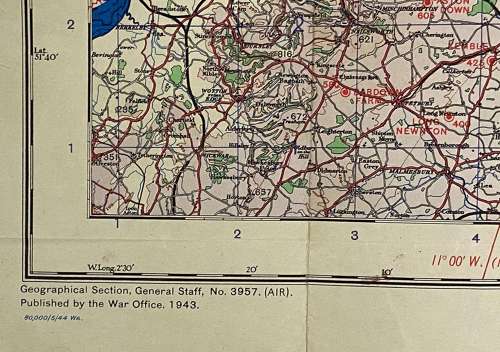 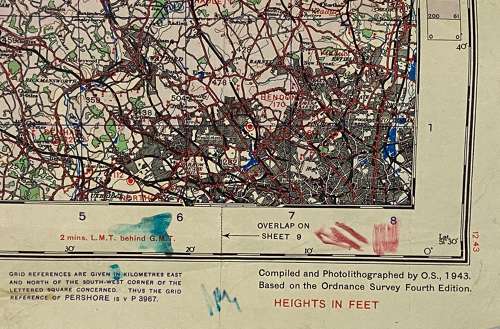 An original British Air Map of the Midlands dated 1943.

This map belonged to Flight Sergeant Cash who was a pilot during the Second World War. The map is the 2nd War Revision Air, Sheet 8 of England and Wales and covers the area from North London to Birmingham.