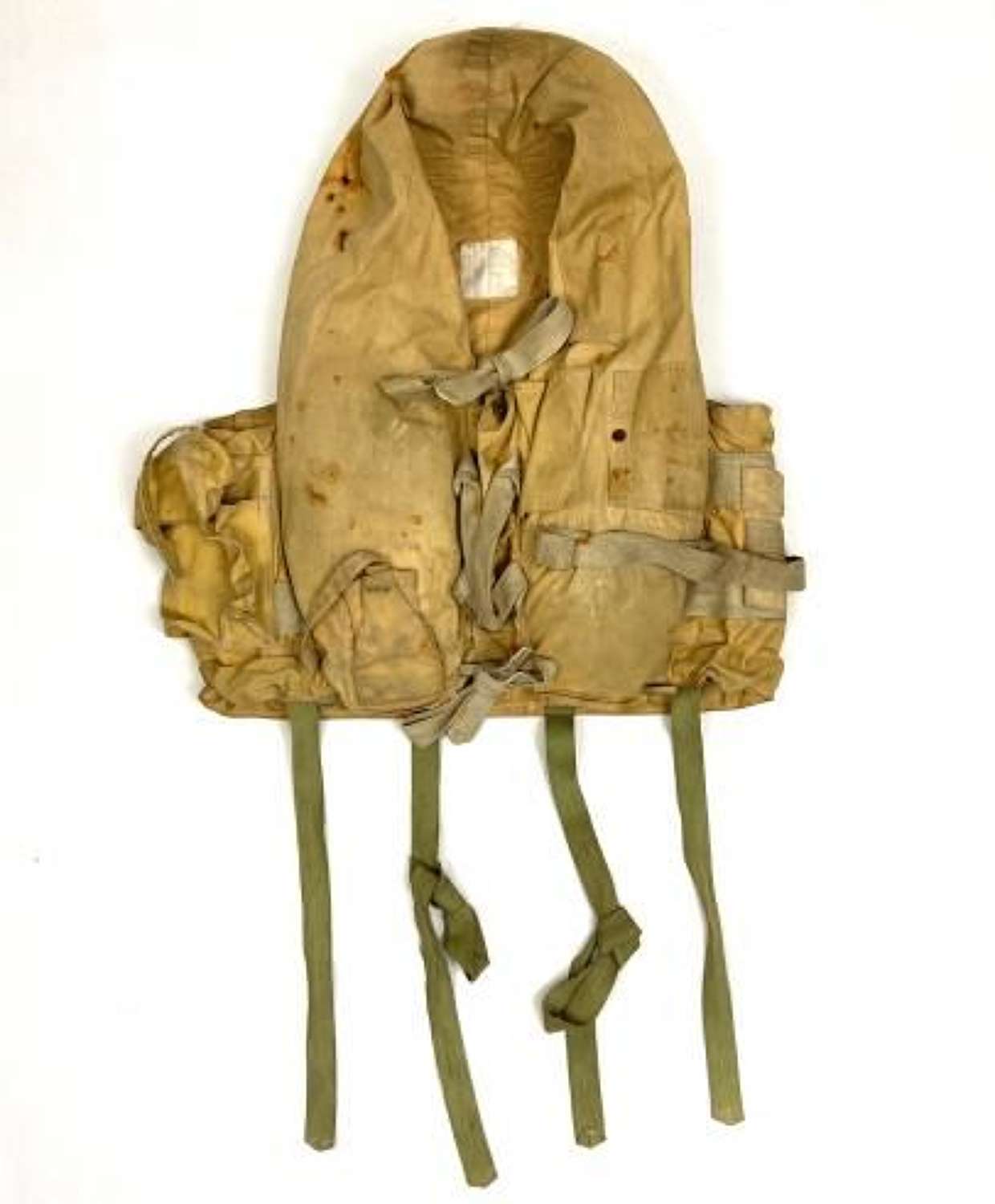 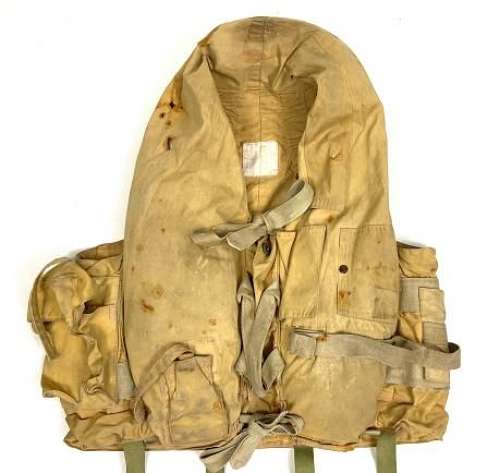 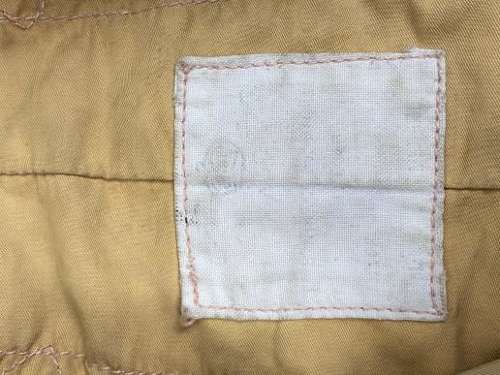 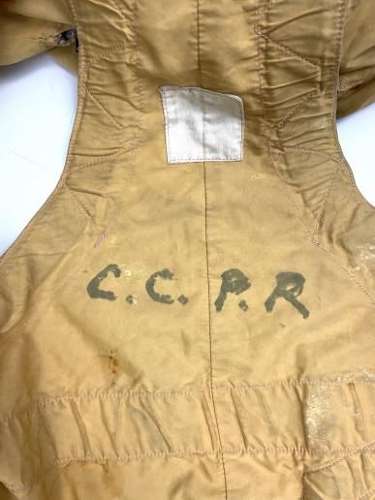 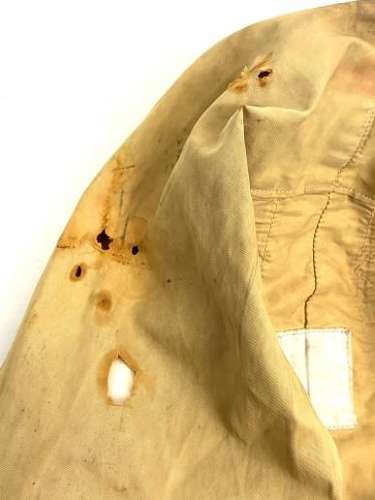 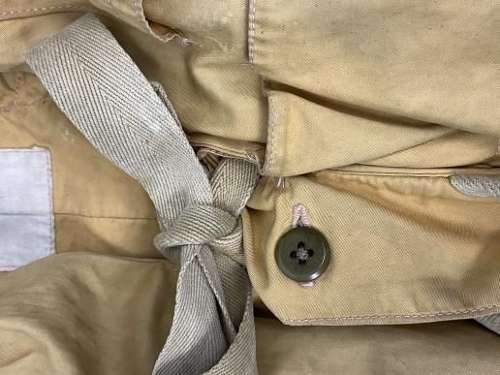 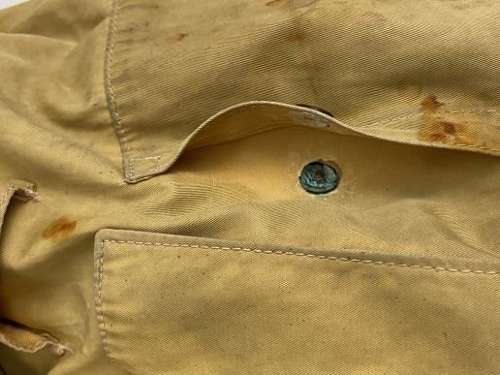 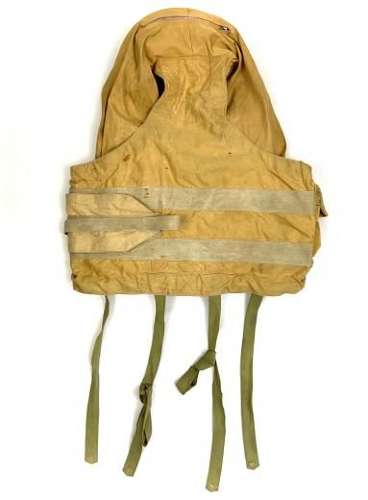 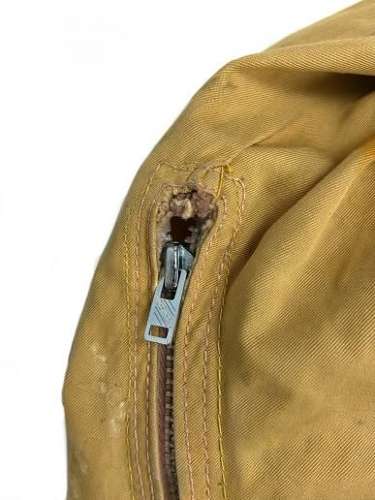 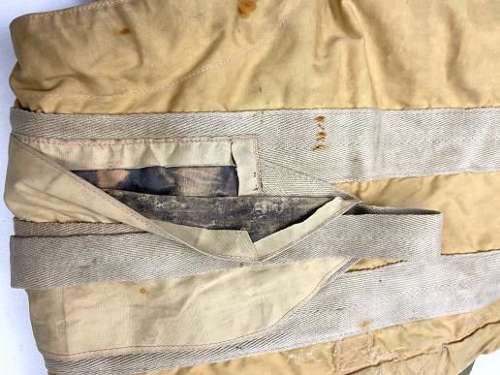 Replacing the earlier 1932 pattern Mae West shortly after the Battle of Britain, the 1941 pattern is now an iconic piece of flying clothing which is synonymous with the RAF during the Second World War.

This pattern also saw extensive use with the Fleet Air Arm, Air Sea Rescue, Costal Command and the USAAF amongst many others, meaning that today it is a must have for any serious collector.

All the leg straps are intact as are the buttons which are correct pattern. A 'Lightening' brand zipper can be found at the neck and all the pop studs are present, although some have broken away from the fabric as detailed in the pictures.

The vest retains its original label which is somewhat washed out. The picture of it is at 90 degrees but you can clearly see the Air Ministry crown. Below this the letters 'C.C.P.R' has been added in ink although I do not know what this refers to.

The Mae West is fitted with a set of high quality reproduction kapoks from Stephen Kilburn which help to give it the correct shape when worn or displayed on a mannequin.

Like most WW2 life jackets offered for sale today, this example has seen plenty of action. It still displays well and certainly looks the part but does have a few flaws. There are a few holes around the top of the horse shoe as shown in the pictures and the pop stud that closes the mirror pocket has pulled away from the main body of the jacket. Overall however it is not a bad example and the faults have been reflected in the price.

All in all a good example of this iconic piece of Second World War flying clothing which is a must have for the serious aviation collector!