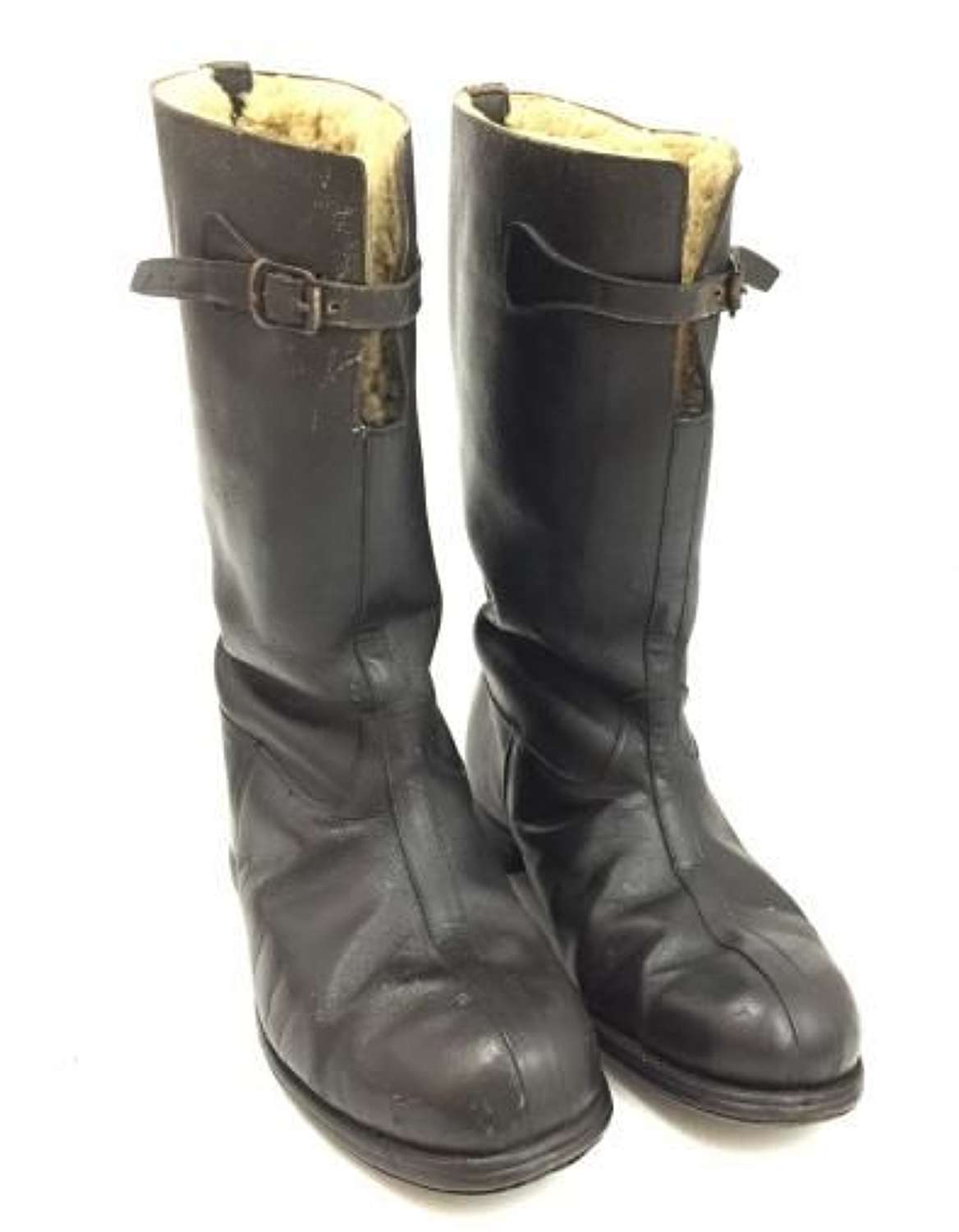 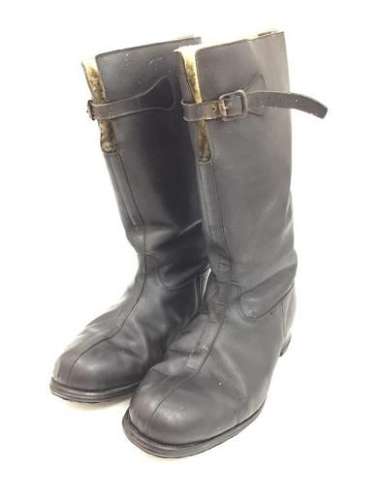 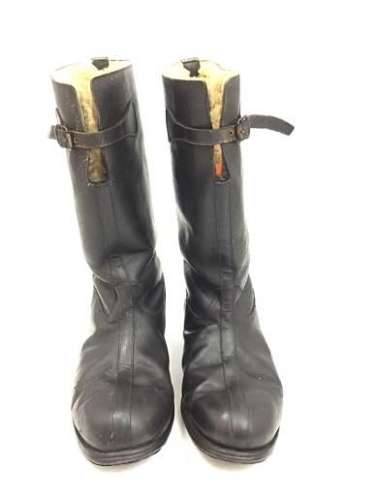 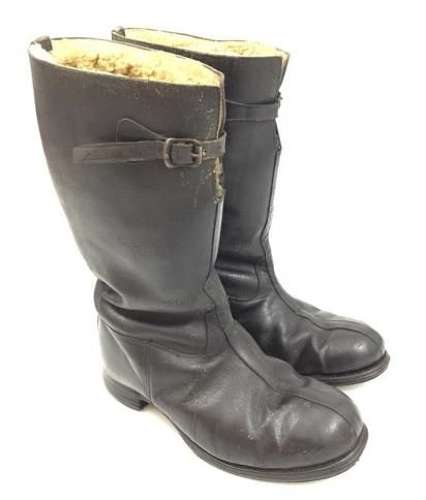 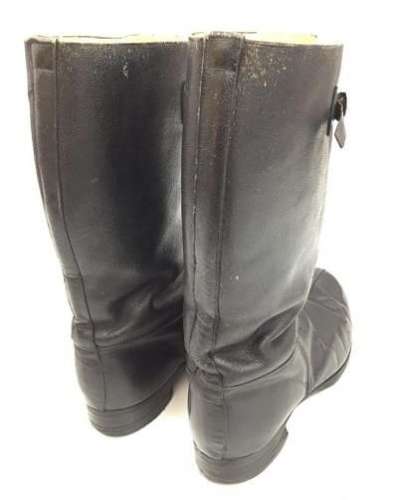 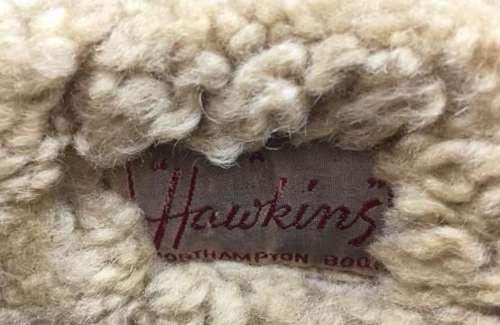 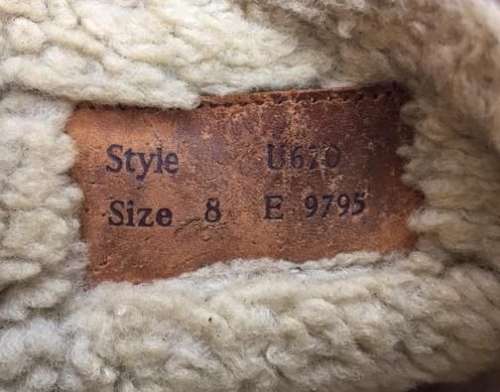 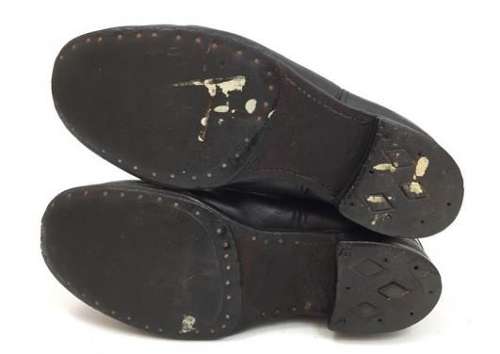 These boots were made in Northampton like many private purchase boots of the time and feature a sheepskin lining, leather soles, rubber heels and leather straps to the front of the boots. These are not to be confused with the post-war boots with the straps on the side of the boot which are often mis-sold as wartime.

Inside the boots there are two labels. One reads 'Hawkins, A Northampton Boot' which is very period and the other is a leather label, typical of those found on 1940s boots. The label states the style code as well as the size which is 8. The labels in both boots are still present but some stitching has come away.

The overall condition of the boots is very good as can be seen in the pictures. The boots have clearly seen use but have been well looked after and are still solid and wearable today. The soles feature original period rubber sole protectors and rubber heels which are nice features. There is an area on the right-hand boot where it has clearly been used on the kick start of a motorcycle post-war.

The upper sections of the boots appear to be very good as is the sheepskin lining which seems to be almost completely intact.

Overall a nice pair of original period private purchase boots which display well and make a good stand in for the much more expensive Air Ministry Marked examples!