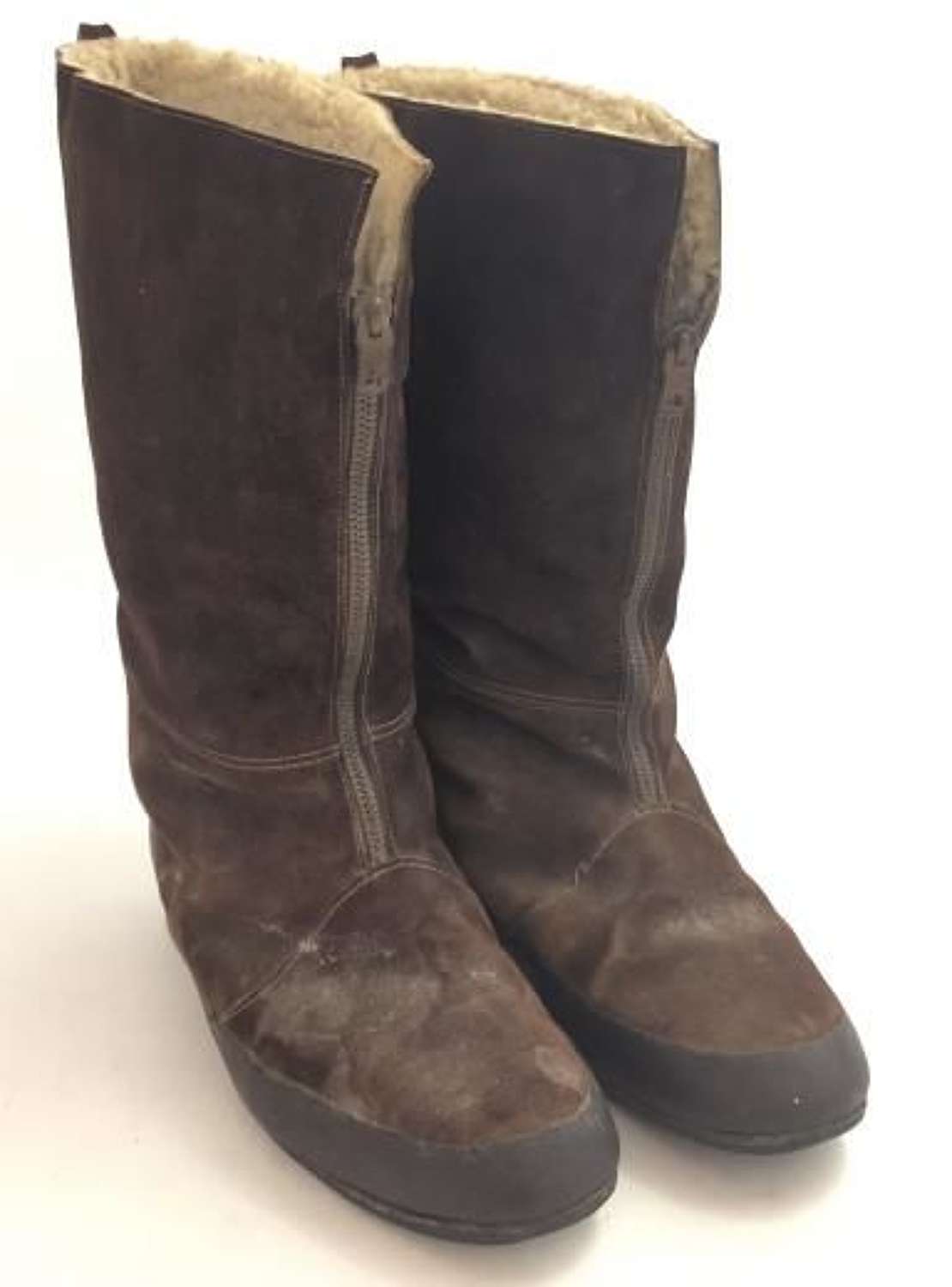 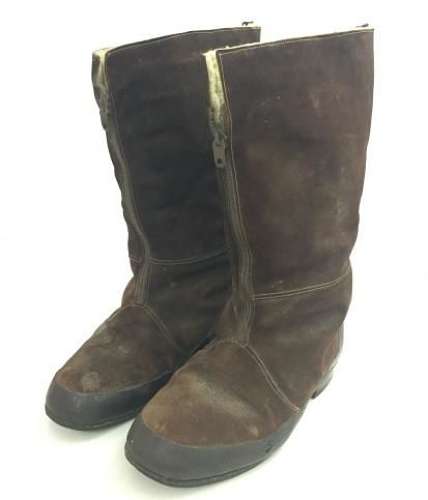 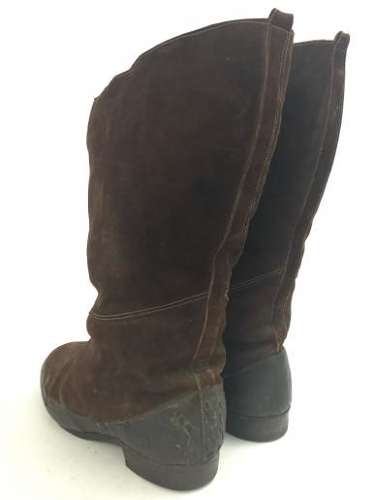 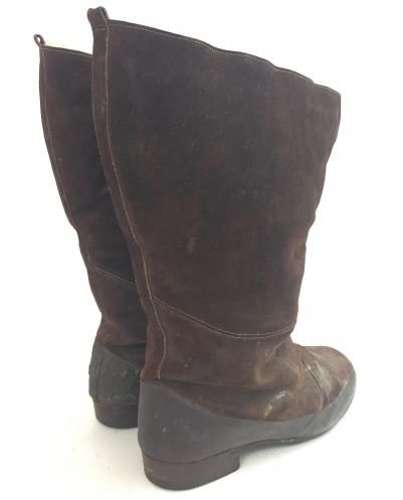 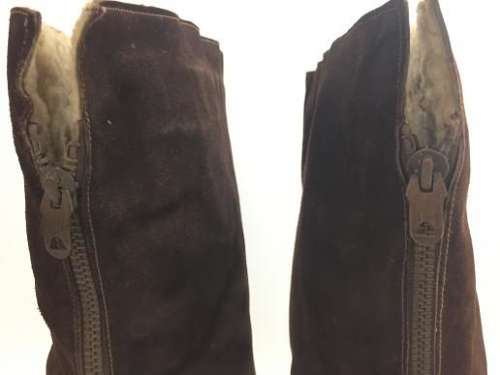 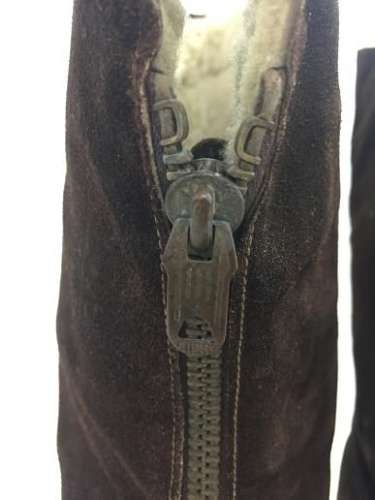 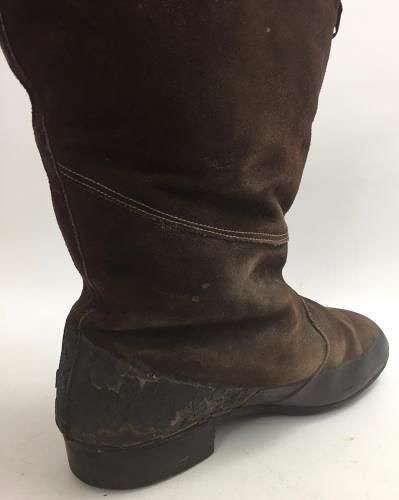 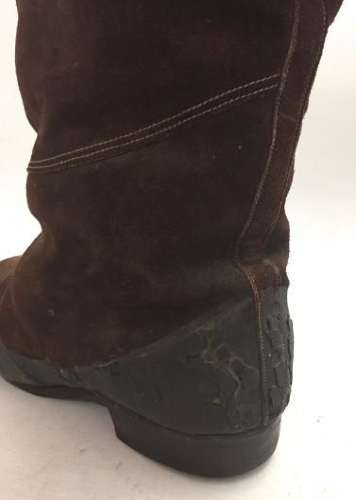 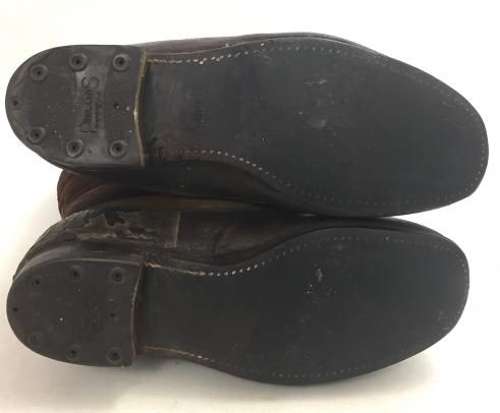 SOLD
An original pair of 1940 Pattern Flying Boots in good condition and in a wearable size 9.

These particular boots would appear to be the 1940 pattern rather than the later 1941 pattern boots, although it is possible that they are 1941 pattern and have had the ankle straps removed. There is some wear on the boots to suggest that they ay have had straps although it looks too high up in my mind. Either way they are still a good usable pair of wartime boots.

The boots feature matching 'Lightening' zippers to each boot which function as they should. There is a leather tab which sits behind the zips which normally bare markings relating to size etc, although sadly none can be seen on this pair of boots. I am a size 9 and they fit me well so I would be confident in saying they are a 9. The soles of the boots measure 11 1/2" from toe to heel.

The soles are the original 'Itshide' soles which are in good condition with no signs of cracks or similar. The heels are also the originals and where made by 'Phillips' who were one of the most prolific manufacturers of heels during this period.

The condition of the boots is good but they do show signs of wear and age. The suede uppers are sound but do have various marks as can be seen in the pictures. Whilst the soles are in good condition as previously mentioned, the rubber which surrounds the lower portion of the boot has various areas where the finish is missing or cracked. This is detailed in the photographs and reflected in the price.

Altogether a good pair of original wartime boots in a larger wearable size. These would make a good addition to any RAF collection.