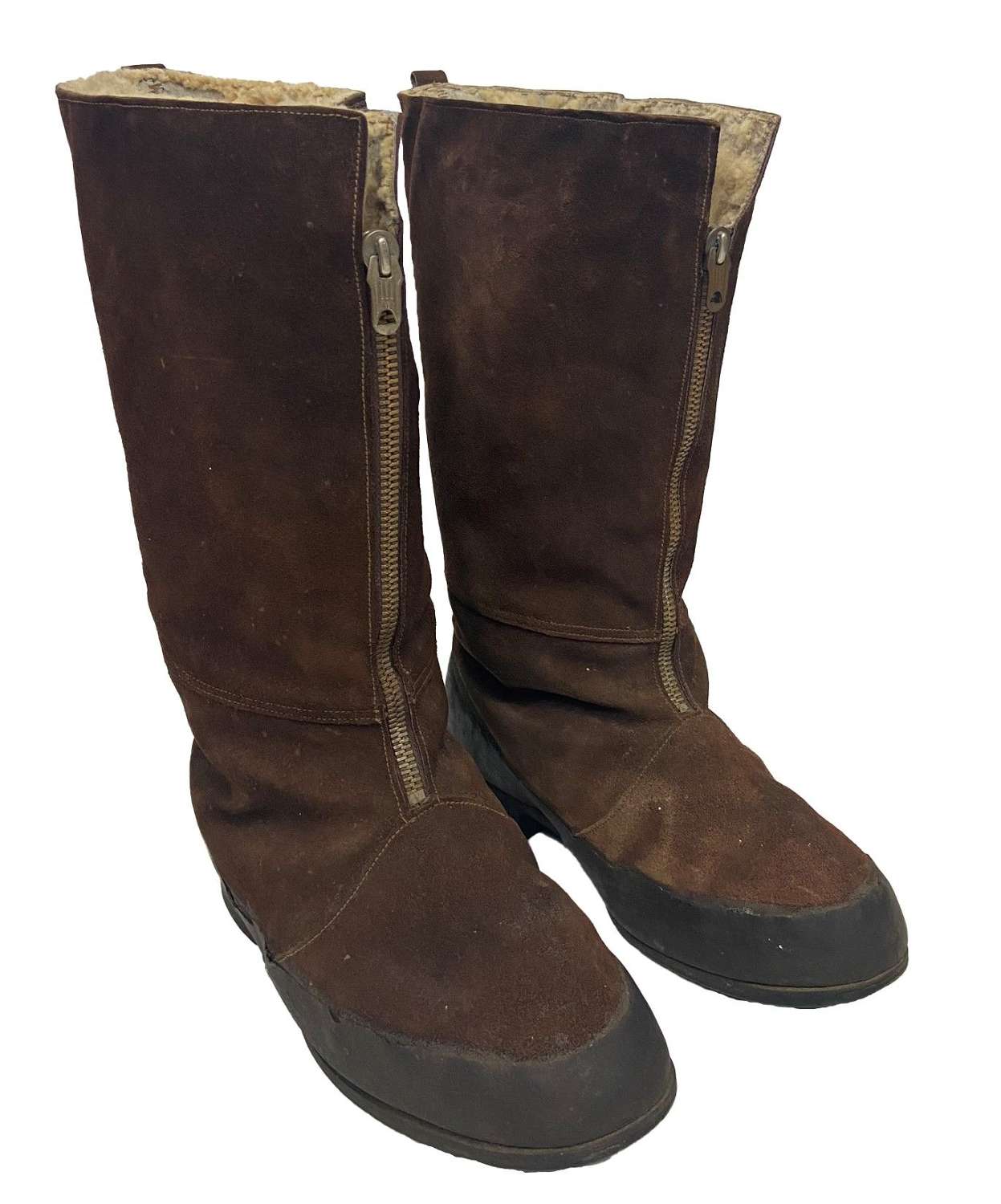 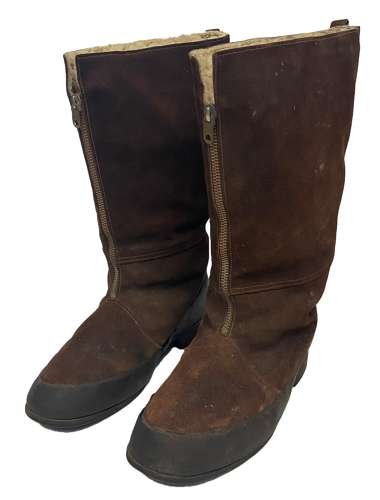 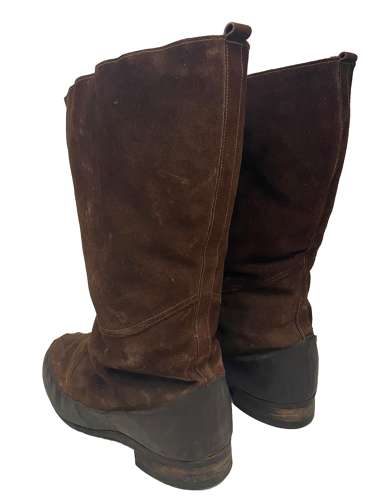 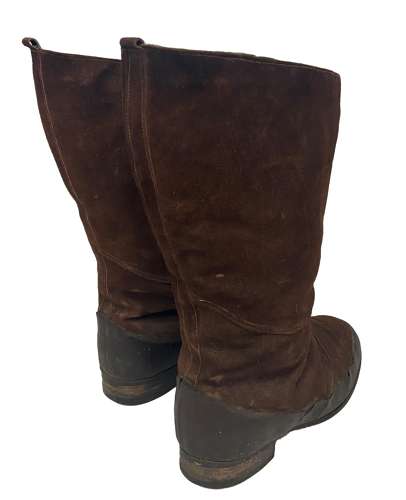 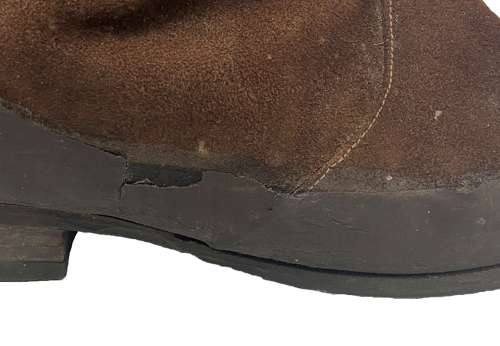 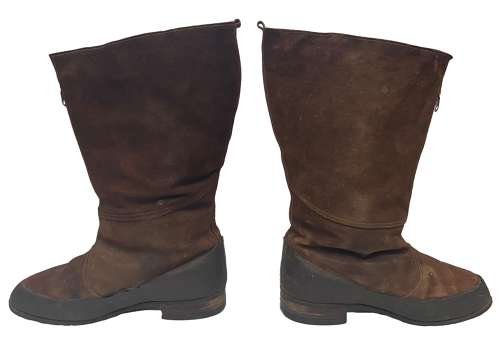 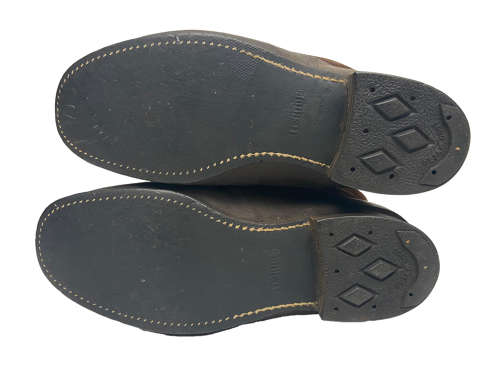 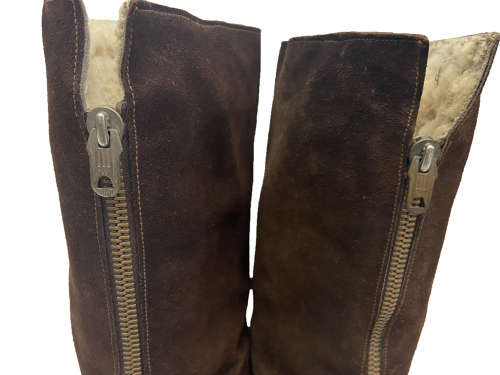 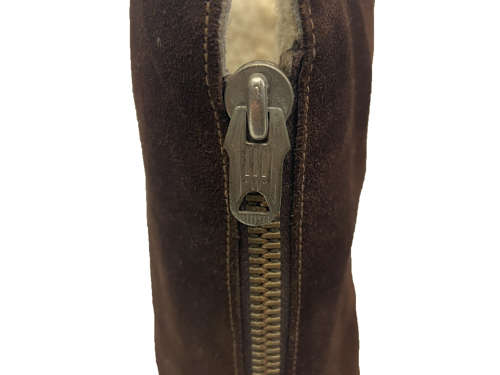 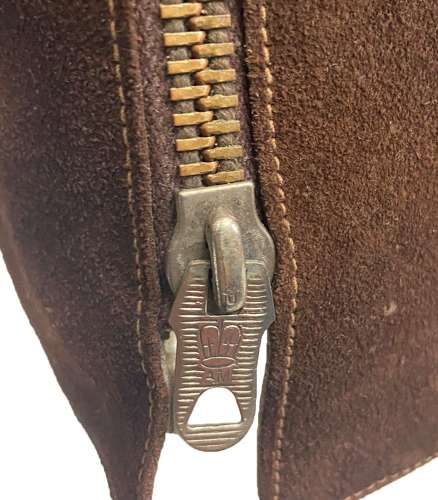 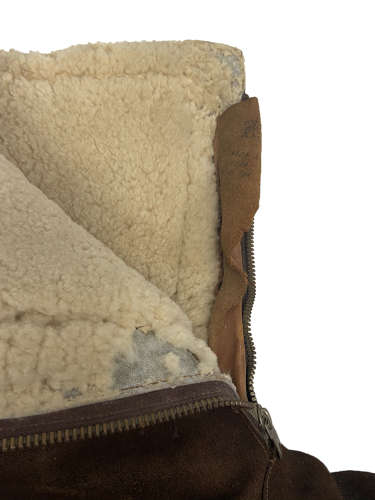 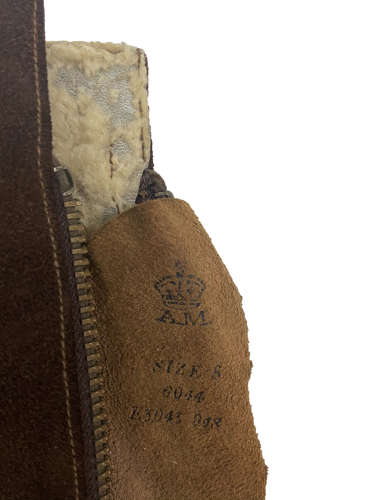 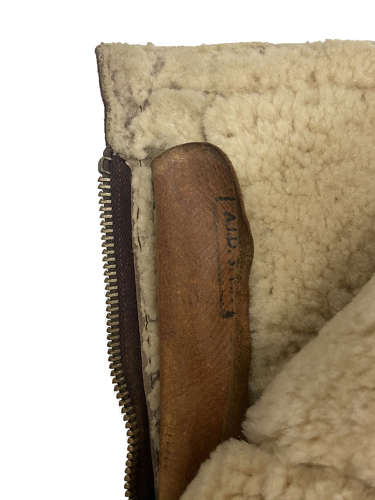 An original pair of 1940 Pattern Flying Boots in good condition and in a size 8.

These particular are the 1940 pattern rather than the later 1941 pattern boots introduced at the very end of the Second World War. This means they are of guaranteed wartime manufacture.

The boots feature matching Air Ministry marked zippers the front of which are marked with the letter 'W' as is common to find on this pattern of boots. Behind the zipper is the leather tongue which bears the Air Ministry marking which is surmounted by the King's crown, as well as the size which is marked as '8'. A.I.D stamps are also present to the tongue. The markings match on both boots like the zips, making these a true matched pair.

The soles are the original rubber soles which are marked 'Isthide' and are in good condition with no cracks etc and limited signs of period wear. The heels also appear to be original to the boots.

The overall condition of the boots is very good but they do show some signs of wear and age. The rubber 'galosh' which runs around the sides and toe of the boots is generally speaking quite good with  some small areas missing as can be seen in the pictures. The suede uppers are in good condition with only marginal signs of wear and use. The sheepskin lining has areas of damage in various places, some of which are shown in the pictures This is not particularly noticeable when the boots are worn or displayed.