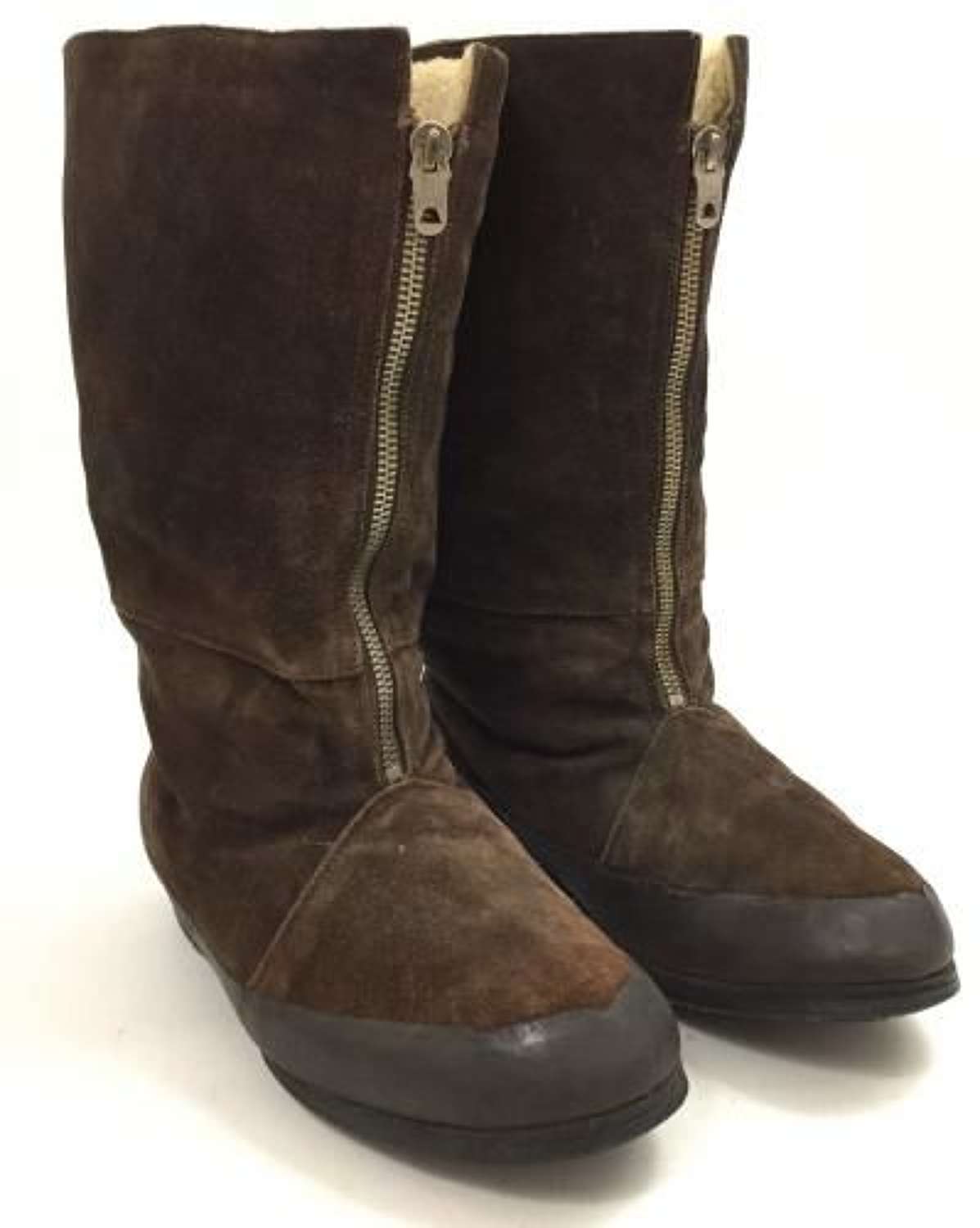 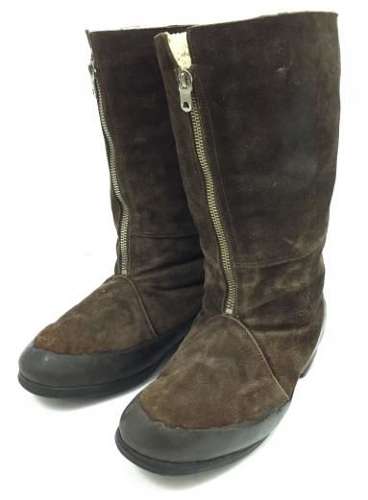 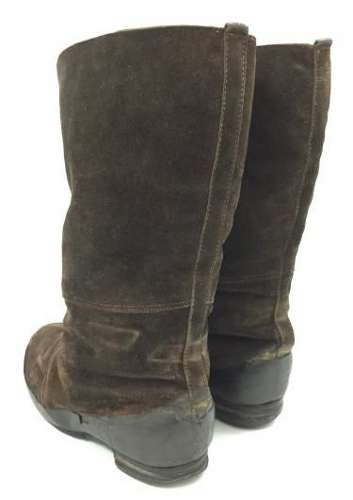 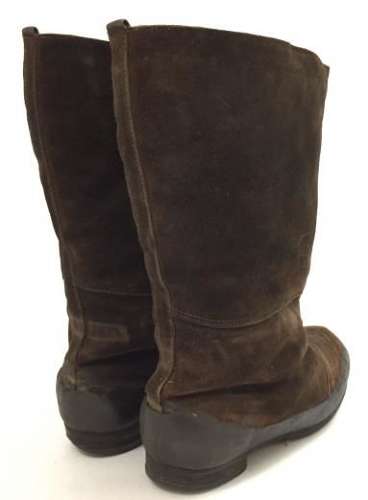 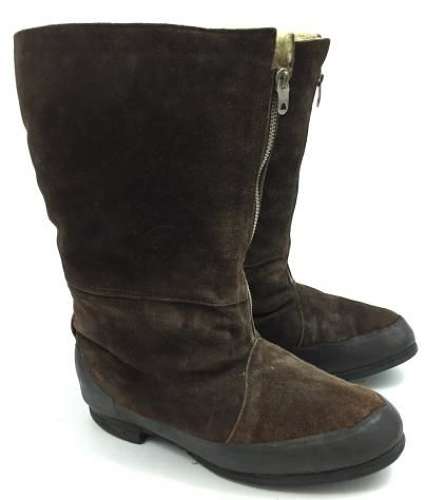 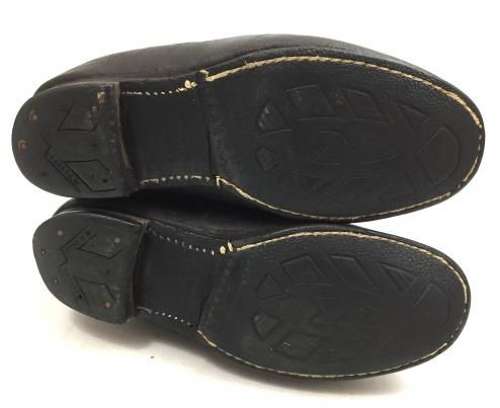 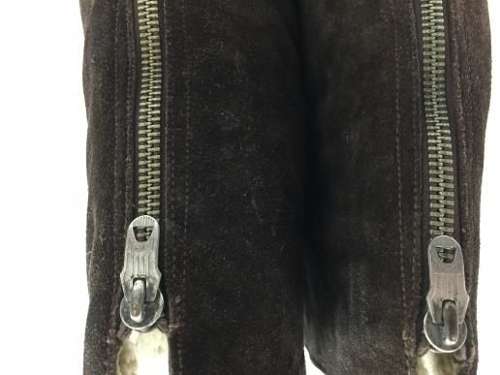 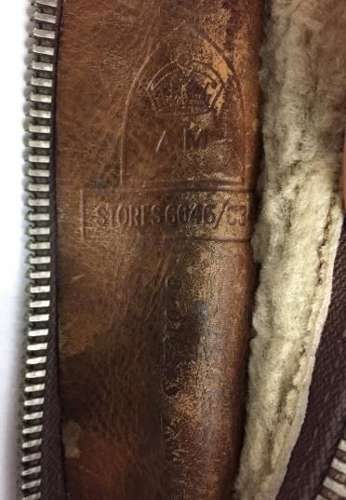 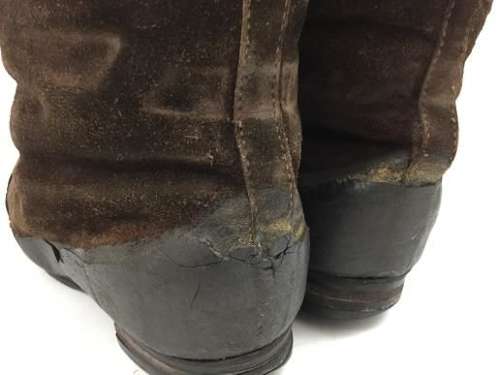 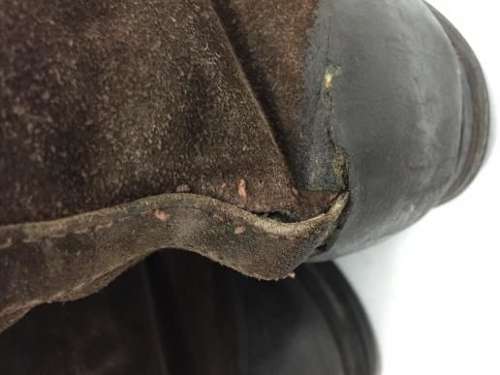 An original pair of 1940 Pattern Flying Boots in good condition and in a wearable size 8.

These boots came into use with the Royal Air Force during the earlier part of the Second World War and became synonymous with Bomber Command air crews earning them the nick name 'bomber boots'. They were in fact used by all arms of the RAF as well as the FAA making them a usable boot for a number of impressions. They also saw use with the USAAF, particularly the 8th and 9th Air forces.

These particular boots would appear to be the 1940 pattern rather than the later 1941 pattern boots, although it is possible that they are 1941 pattern and have had the ankle straps removed. There is some wear on the boots to suggest that they ay have had straps although it looks too high up in my mind. Either way they are still a good usable pair of wartime boots.

The boots feature matching 'Lightening' zippers to each boot which function as they should. Behind the zipper is the leather tongue which bares the Air Ministry marking and stores reference code, as well as the size which is marked as '8'. The markings match on both boots like the zips, making these a true matched pair.

The soles are the original Itshide rubber soles which have had sole protectors and matching heels added. These are clearly period and were added when the boots were used originally and are not a later addition.

The overall condition of the boots is very good but they do shows signs of wear and age. The rubber which runs around the sides and toe of the boots is generally speaking quite good and I have seen much worse before. However there is some cracking and small areas are missing, especially around the heel. The soles are another weak area on this pattern of boot but are again quite good. There is some cracking in the usual place as can be seen in the photographs. The suede uppers are in good condition with only marginal signs of wear and use. There is some stitching loose however to the rear seam on both boots but only in a small area.