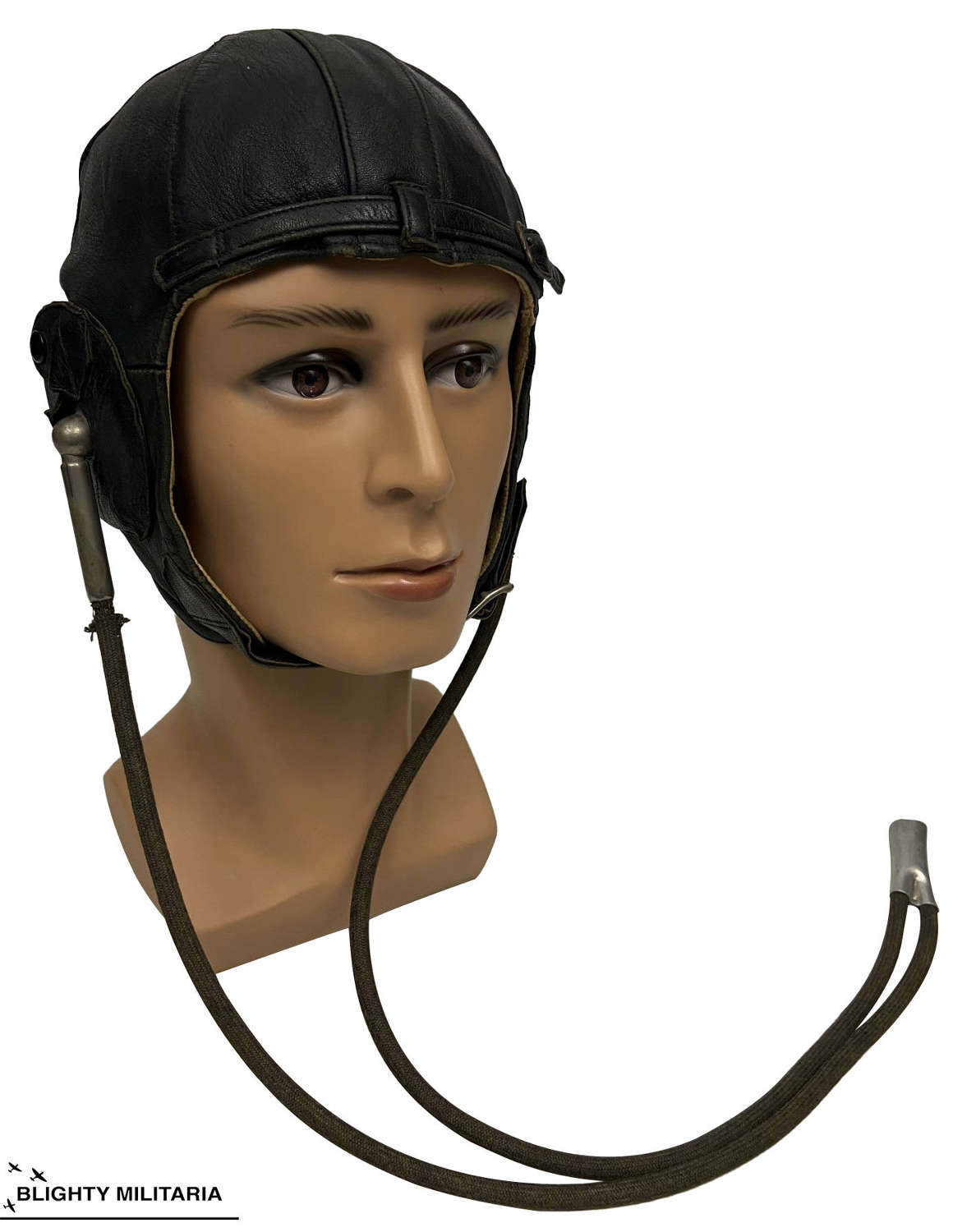 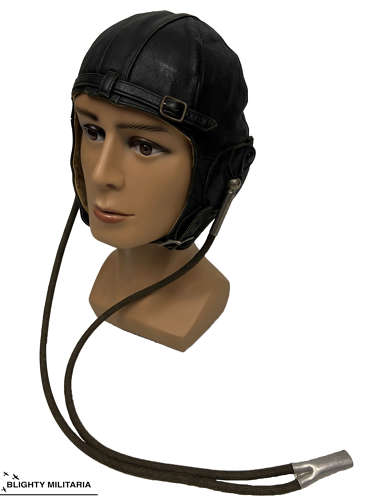 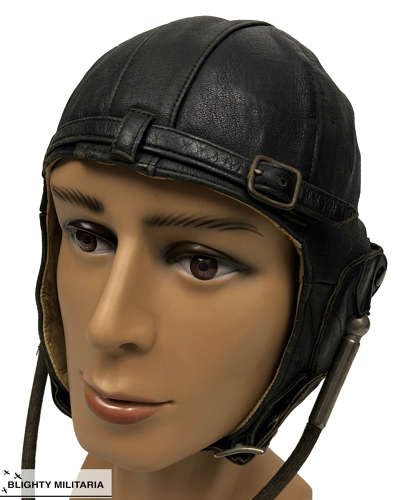 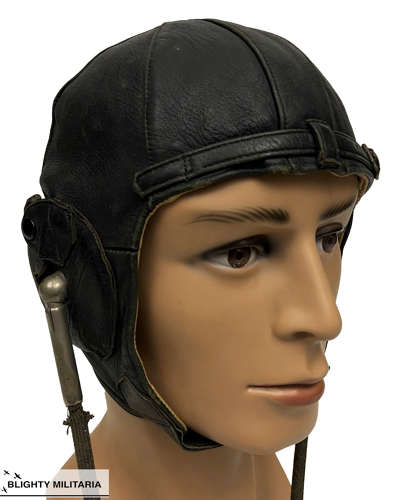 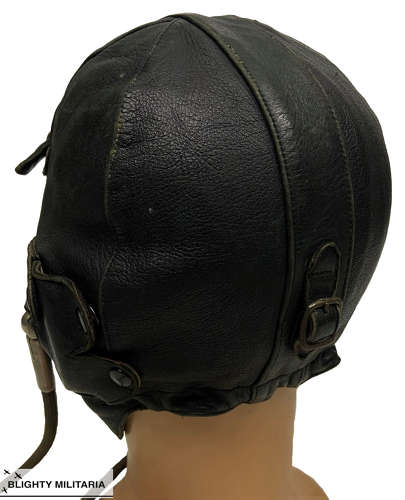 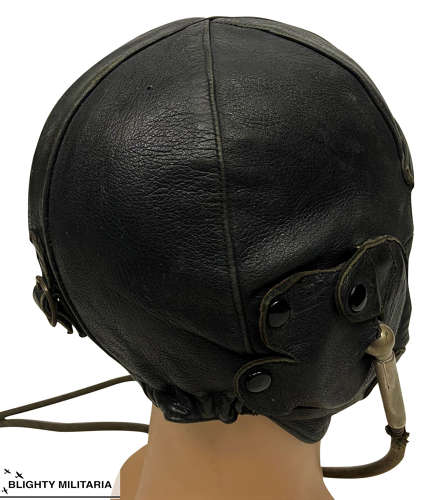 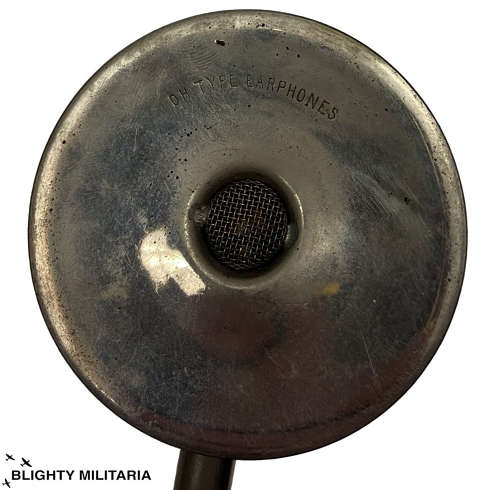 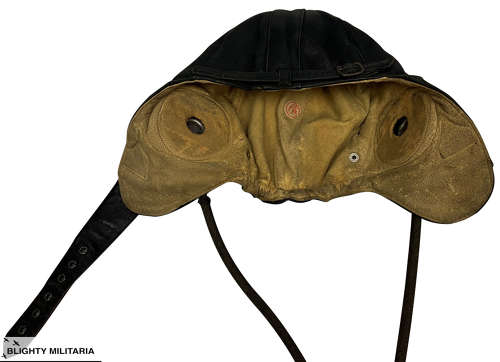 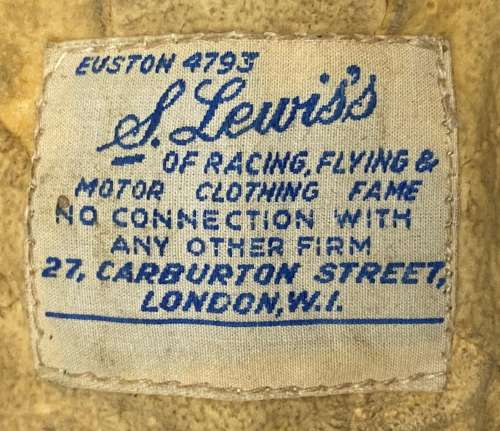 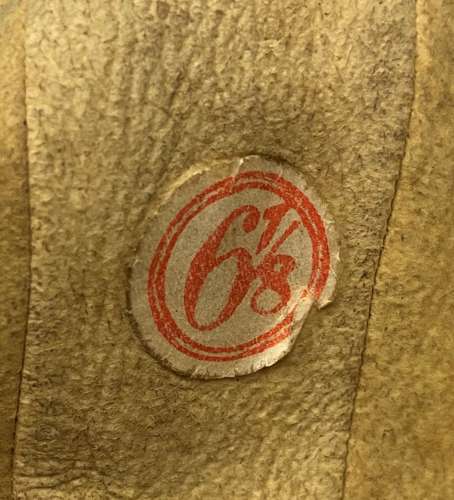 An original brown leather flying helmet made by 's. Lewis's', dating from the 1930s.

This style of helmet was extremely popular with the RAF as well as with civilian flyers during the inter-war period. 'S. Lewis's' were a prolific manufacturer of this style of helmet alongside D. Lewis who also made very similar helmets.

The helmet features a brown chromed leather exterior and chamois lining to the interior. It features ear flaps which fasten with press studs and are designed to house the receiver sections of the Gosport Tubes. A small tab and buckle are located to the rear of the helmet and is used to hold goggle straps in place. A leather chin strap is also present which fastens with a nickel plated metal buckle. There is also a strap across the brow which fastens with a small single prong buckle.

Inside the helmet the original label is present and bears the 'S. Lewis's' label which states 'No connection with any other firm' along with the address of 27 Carburton Street, London W.1'. There is also a size label which is typical of the period and states the size as 6 7/8.

The helmet comes complete with a set of Gosport Tubes which appear to be original to it. Gosport Tubes were standard for communication during the inter-war period and these examples are marked 'DH Type Hearing'.

The overall condition of the helmet is very good with some limited signs of age and wear. There is some wear to one of the gosport tubes outer fabric covering as can be seen in the pictures.

A nice example with a great label and original Gosport Tubes. This would make an excellent addition to any aviation collection!