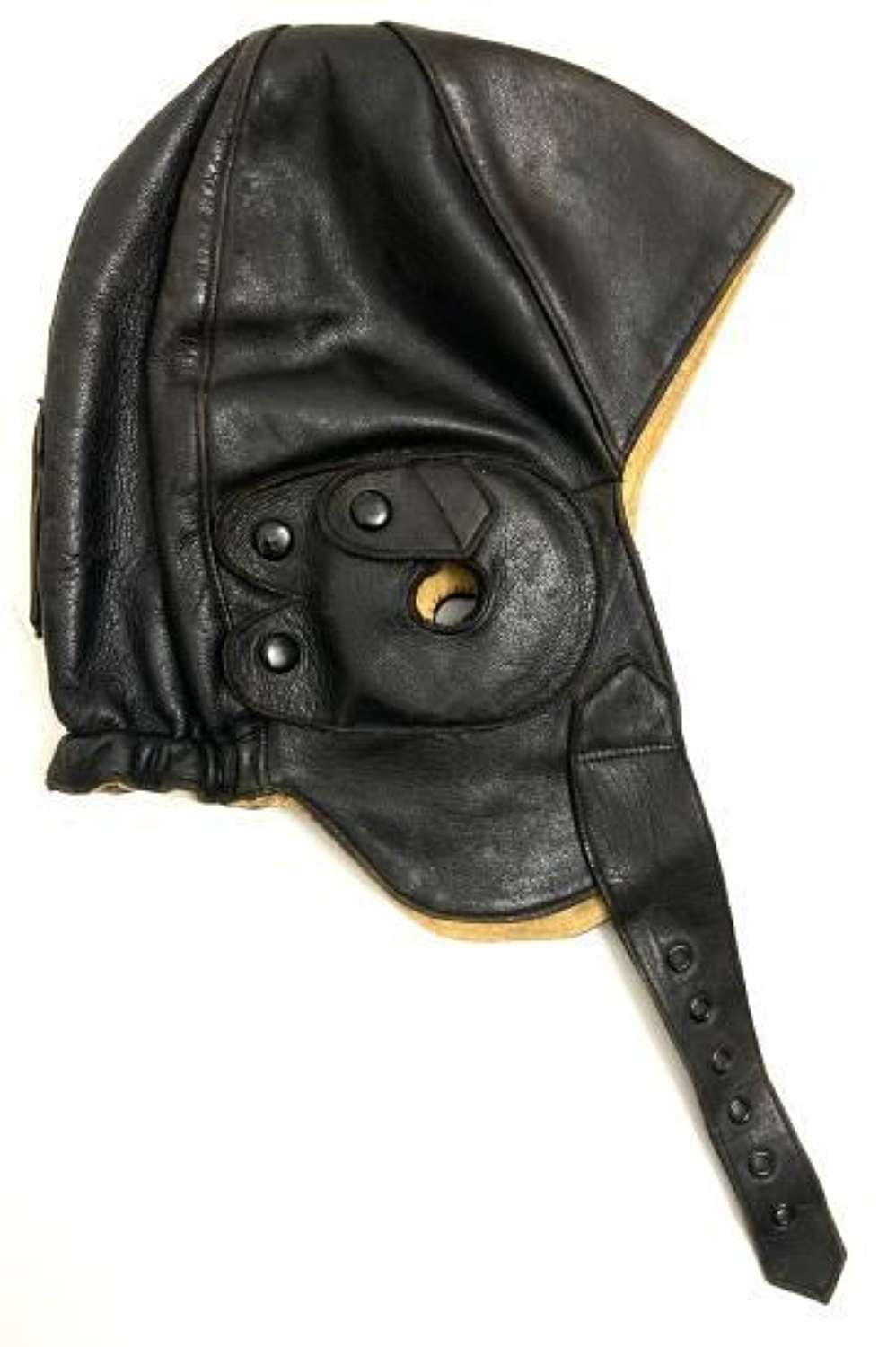 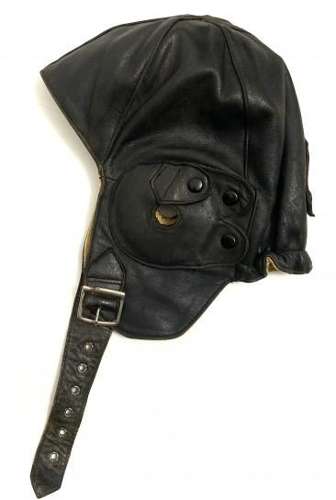 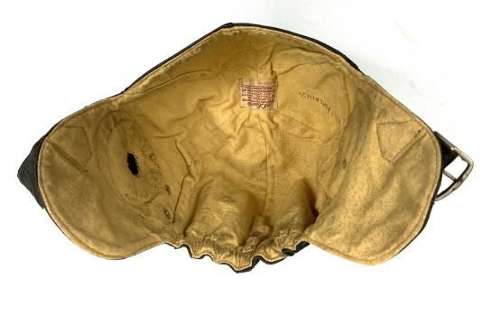 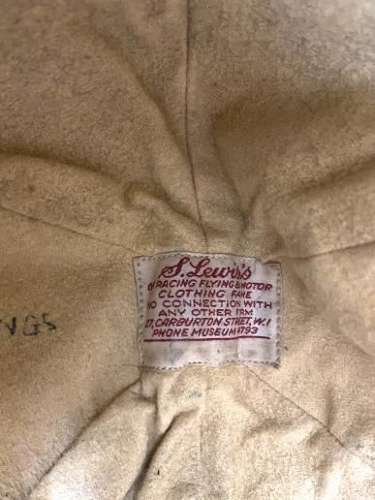 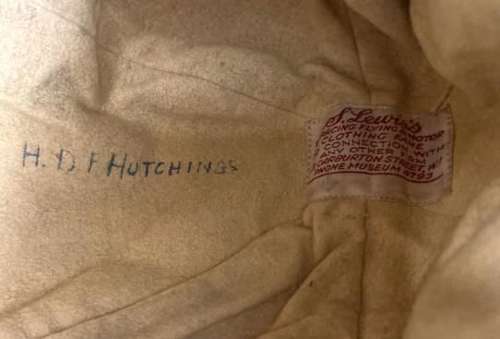 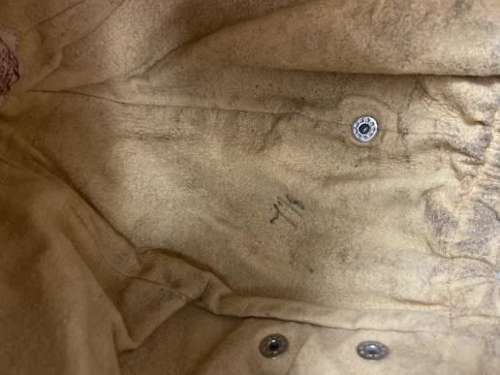 SOLD
An original British flying helmet made by 'S.Lewis' in the 1930s.

This pattern of helmet was arguably the most common private purchase style produced in the inter-war years. The helmet is made from a very dark brown leather which is lined with chamois. It features buttoning earflaps which fasten with pop studs and are designed to carry gosport tubes. A chin strap is also present which features eyelets that fasten to a corresponding buckle.

Inside the helmet the original makers label is still present and reads 'S. Lewis of Racing, Flying & Motor Fame' as well as their address and phone number. The original owner has also marked their name in ink to the chamois lining and it reads 'H.D.F Hutchings' and may be traceable. The size is also marked in ink as 7 1/8.

The helmet is in good condition and it displays nicely. There are no signs of damage or excessive wear and overall it is very clean. Please study the pictures as they form part of the description.

All in all a nice pre-war period flying helmet that would make a good addition to any aviation collection.