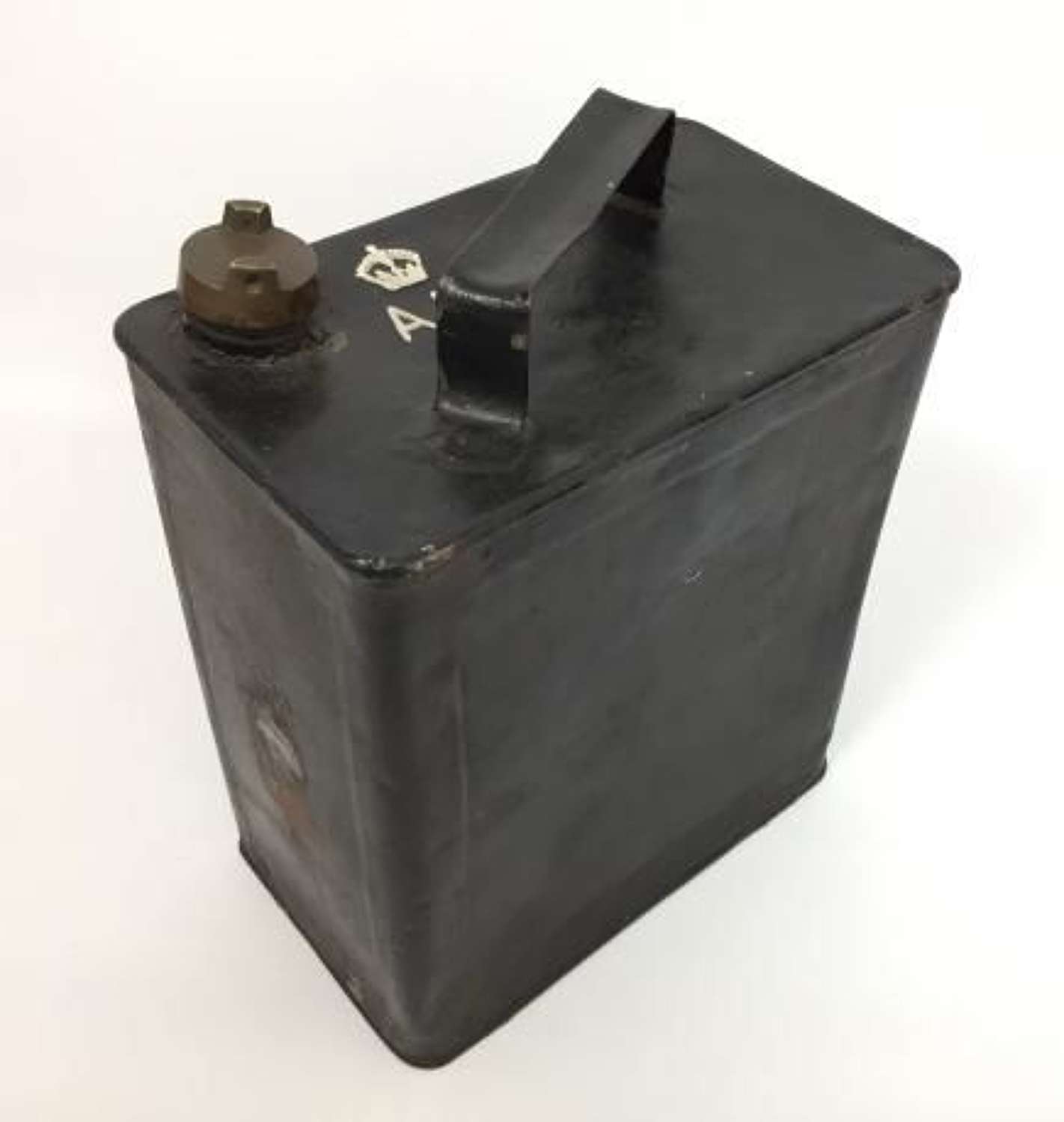 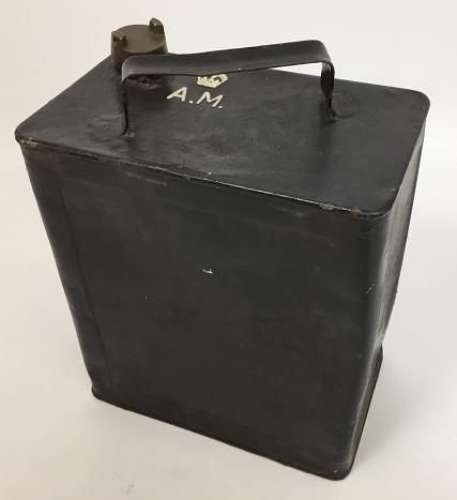 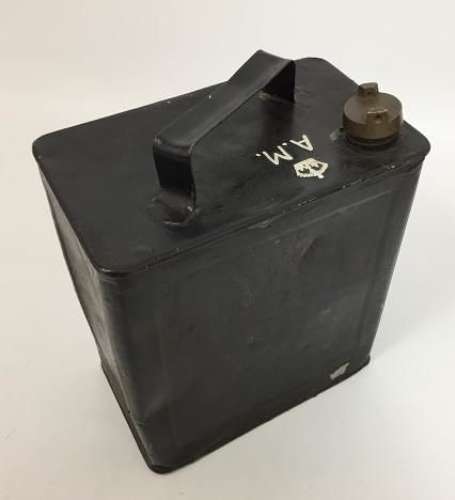 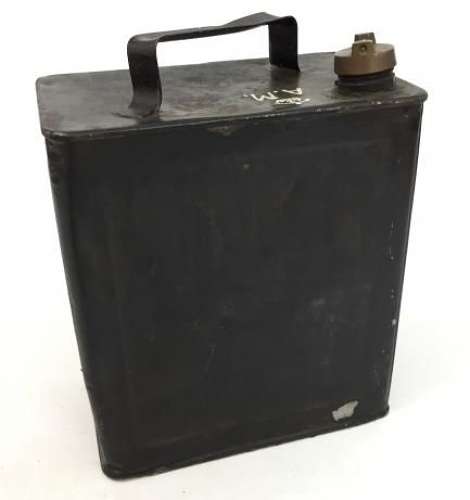 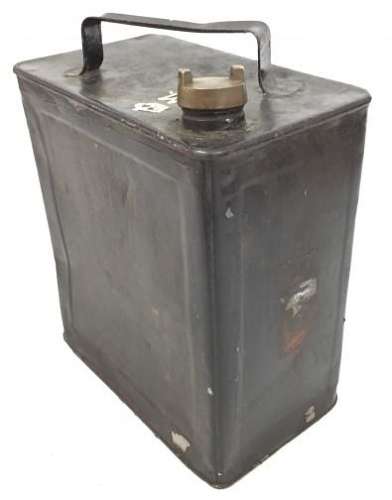 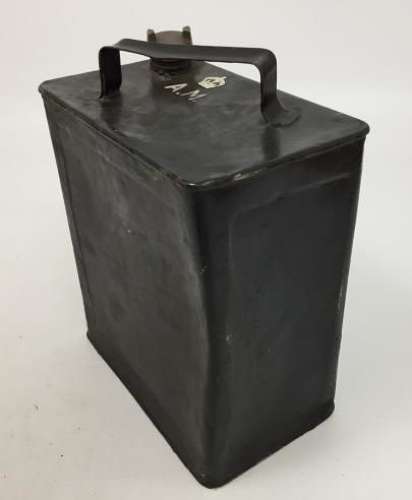 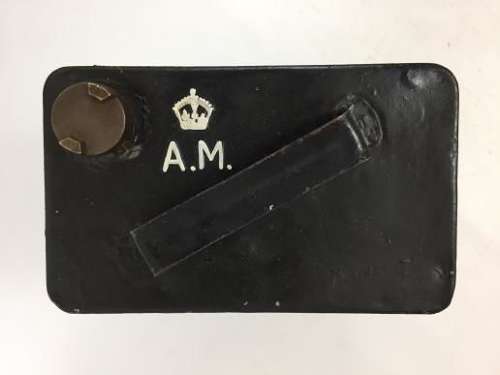 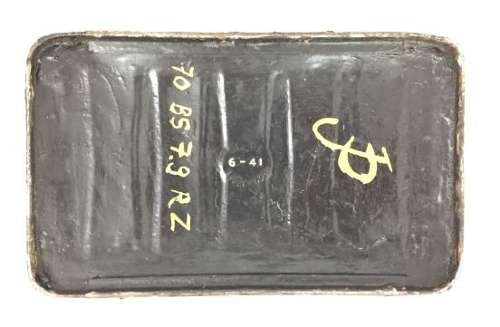 A rare original 1941 dated Air Ministry marked 2 gallon petrol can as used by the RAF throughout the Second World War.

These scarce petrol tins are very similar to the standard petrol tins often seen on the market except the examples used by the RAF such as this one bare a Kings crown and the letters AM embossed into the top. On this example they have been painted white as is commonly found on the embossed parts of petrol cans.

The underside of the tin features the makers name and the date 6 - 41 denoting June 1941 as the month and year of manufacture. The underside of the can also has some sign written numerals on it which have been applied in a cream paint. I'm not certain what they relate to but they have clearly been on the can for a very long time.

The can is in very nice condition for its age although I can' vouch for it being water-tight as I have not tested it. The majority of the paint work is still intact and has a nice patina with a few areas missing which are back to metal. The can is slightly out of shape on one side but this is to be expected as they are lightly constructed.

Overall a great example of this scarce Air Ministry item. It would look excellent as part of an RAF display without a doubt.