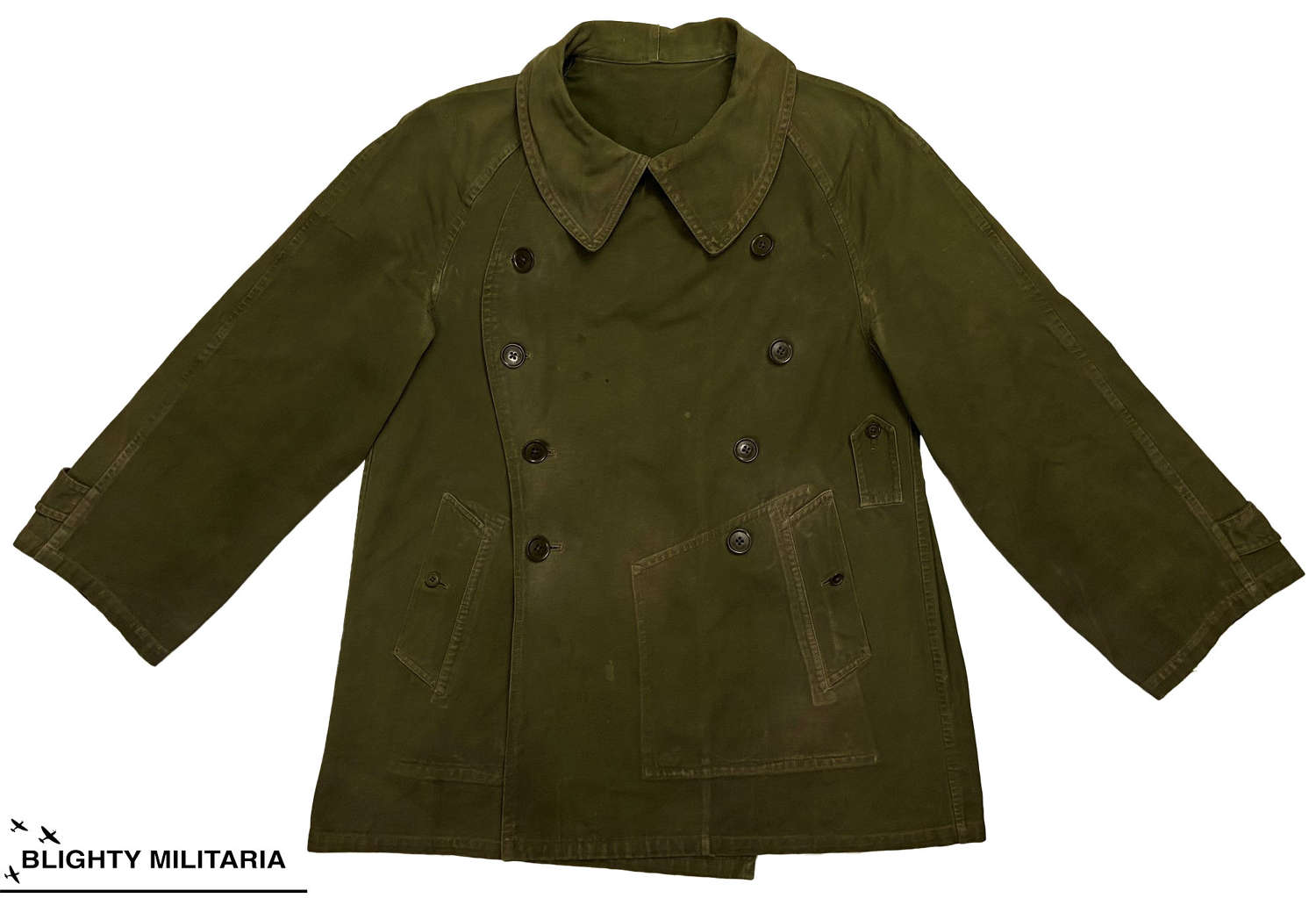 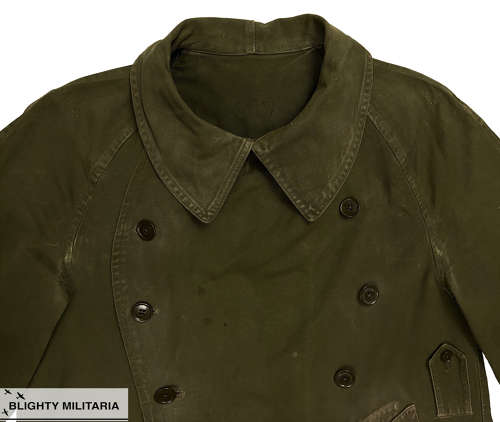 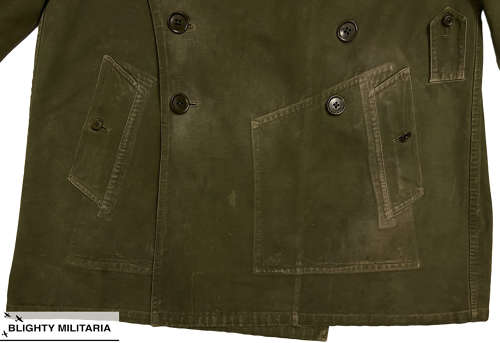 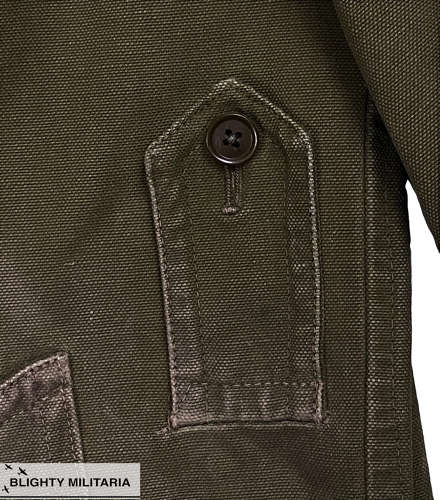 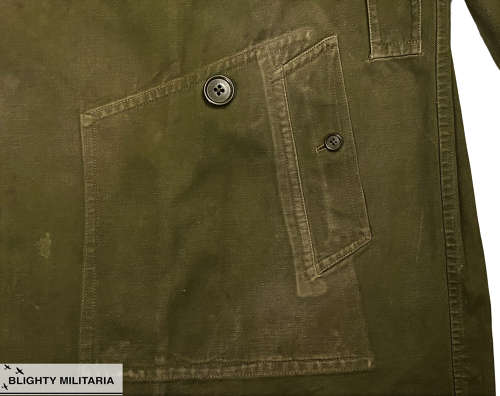 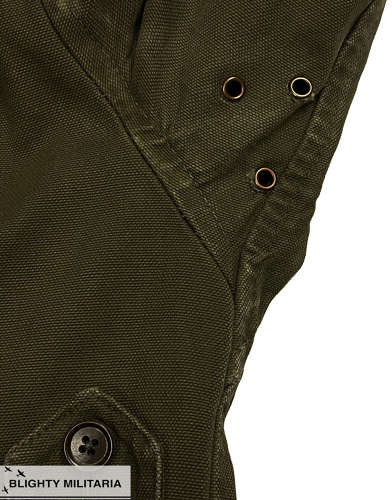 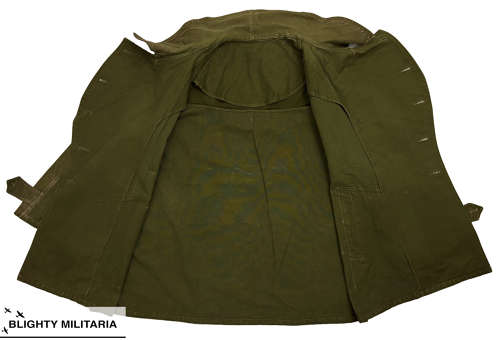 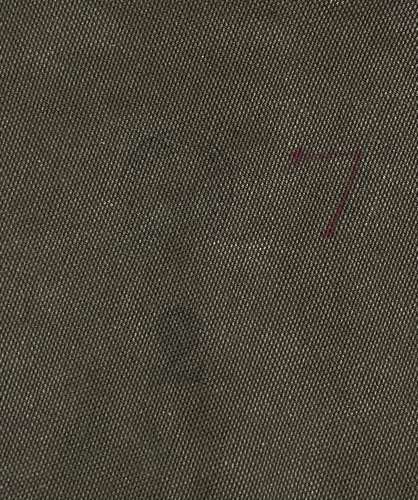 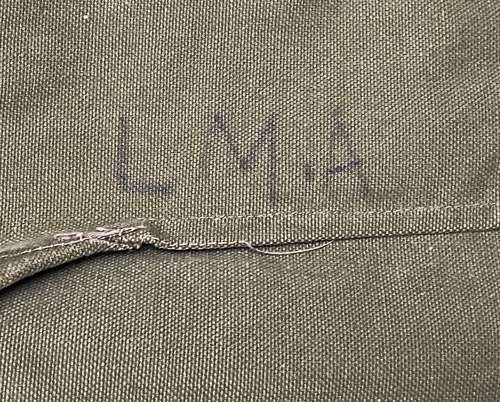 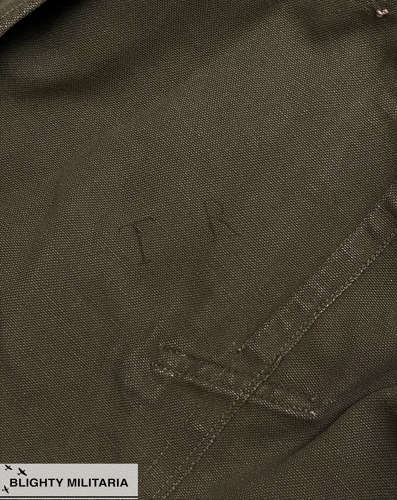 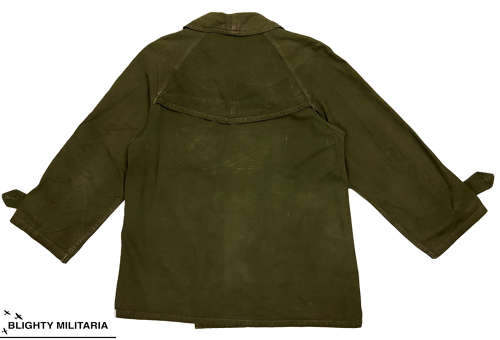 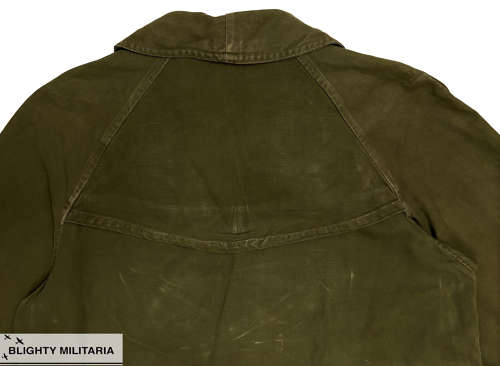 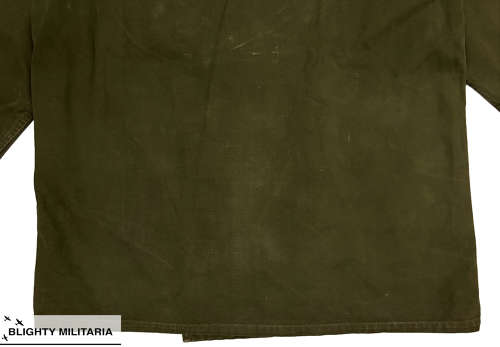 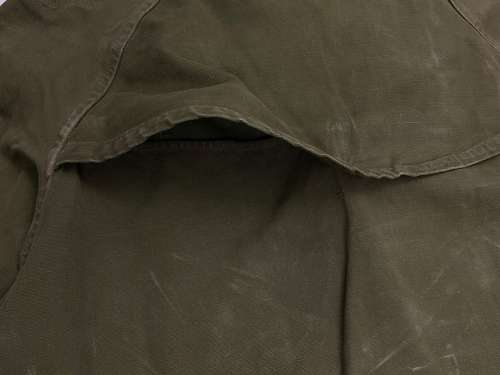 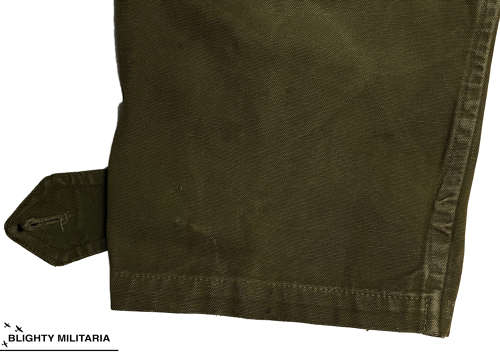 A fantastic original French Army M38 jacket as worn by Motorcyclists and tank troops, dating from the Second World War.

This pattern of jacket was introduced into service with the French Army prior to the Second World War. It stayed in production into the 1950s although this example is WW2 period as it has metal eyelets under each armpit.

The jacket is made from a heavy cotton canvas and features a double breasted, maternity style front. The collar is large and a typical shape for French work items from the 1930s and 1940s. Two pockets are located to the front which fasten with a button and the cuffs feature tabs. There is another teb to the front of the jacket which secures a belt if worn.

Inside the jacket the original stamps are still present but are very faded. Some initials have been written in ink which proves that the jacket was issued.

The jacket is a medium size which will suit a 38-40" chest well. When laid flat it measures -

The jacket is in good condition as can be seen in the pictures. It shows limited signs of wear and use and overall displays very well and is very wearable. The only thing to note is that the cuff buttons have been removed. Please study the pictures before purchasing and bear in mind that this is a vintage, pre-owned item which may have small issues commensurate with age.

A very nice example of this pattern of jacket which has loads of great details!