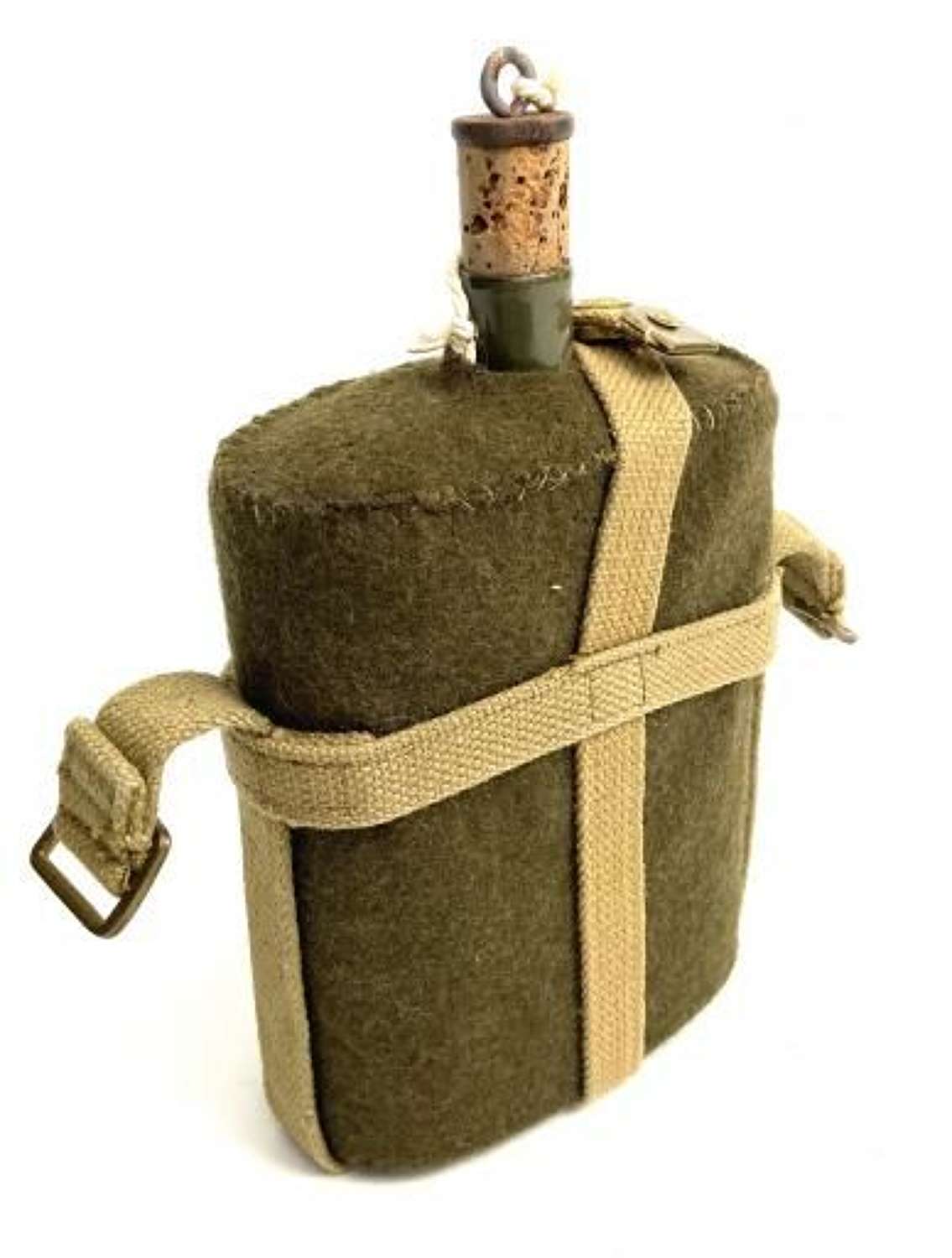 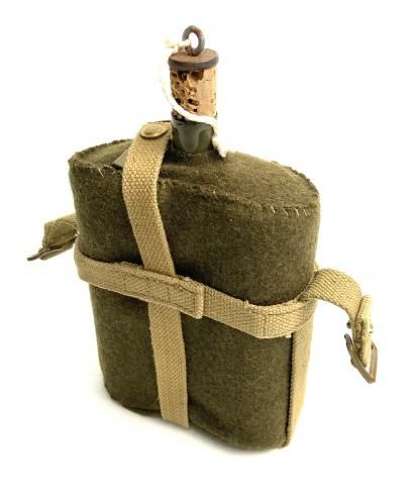 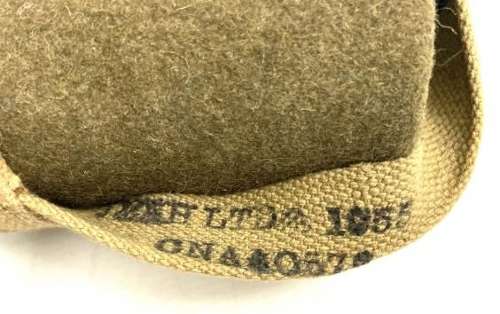 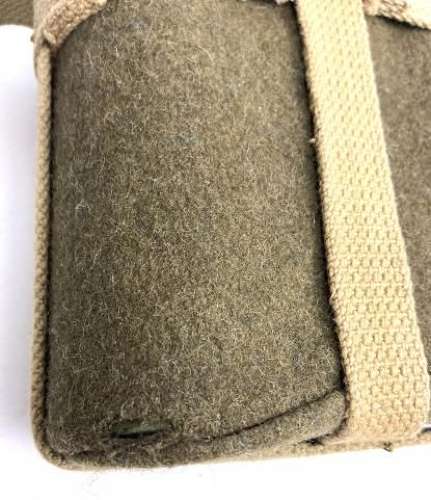 This pattern of water bottle came into issue with the British Army in the early part of the Second World War and saw extensive issue throughout the conflict. The pattern stayed in use for a number of years post-war due to its good design.

There is no visible date on the water bottle itself so it could be an earlier example and is certainly the correct pattern for WW2. The webbing sling is marked with the 1955 manufacture date as well as the makers name and the CN number. The cradle features brass fittings as per early Second World War examples and is unblanco'd.

Both parts are in good condition with only limited signs of wear or use. The cork is still present and attached with a piece of string. There is a small hole to the bottom of the serge cover which is detailed in the pictures.

All in all a good example of this pattern of water bottle and cradle which would be ideal for both the collector and re-enactor alike.