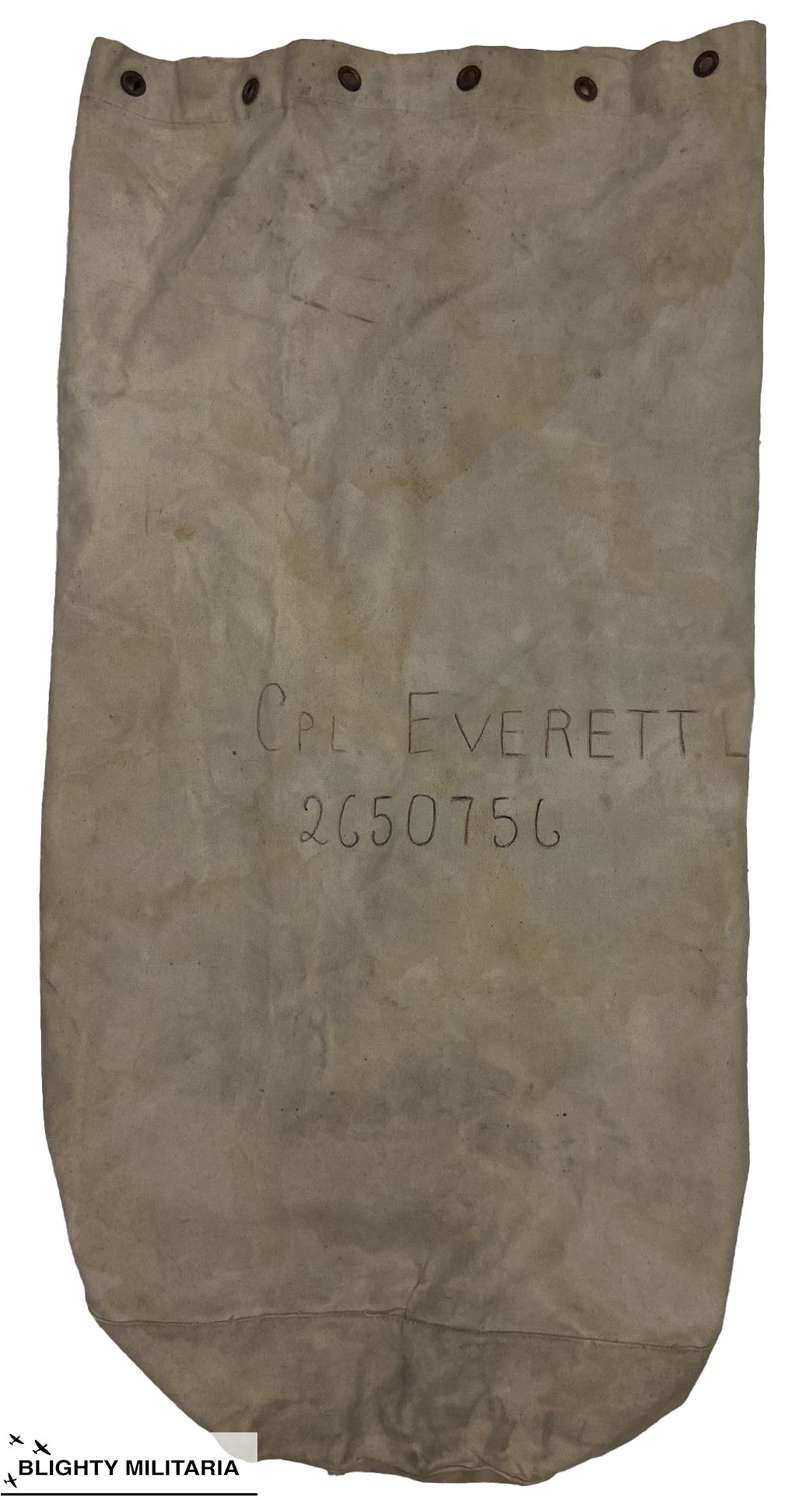 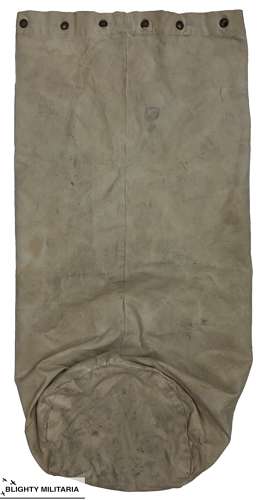 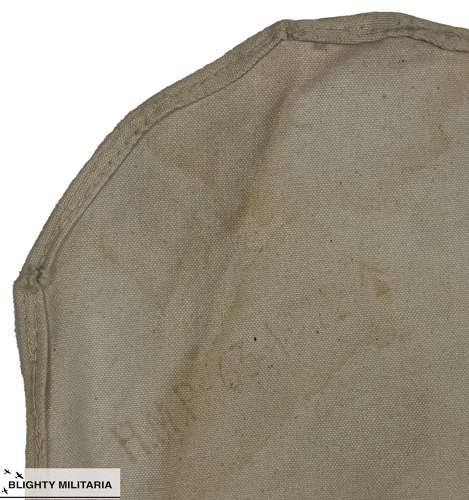 This pattern of kit bag was issued to men in the Royal Air Force, British Army, Royal Marines and others. It is made from a white coloured cotton canvas and features brass eyelets around the top edge. The original owner has marked his name and serial number to the exterior which reads 'CPL. EVERETT. L 2650756'.

The bag is in good condition with some signs of wear and use as can be seen in the pictures.

A nice original wartime kit bag which would make a great addition to any collection.