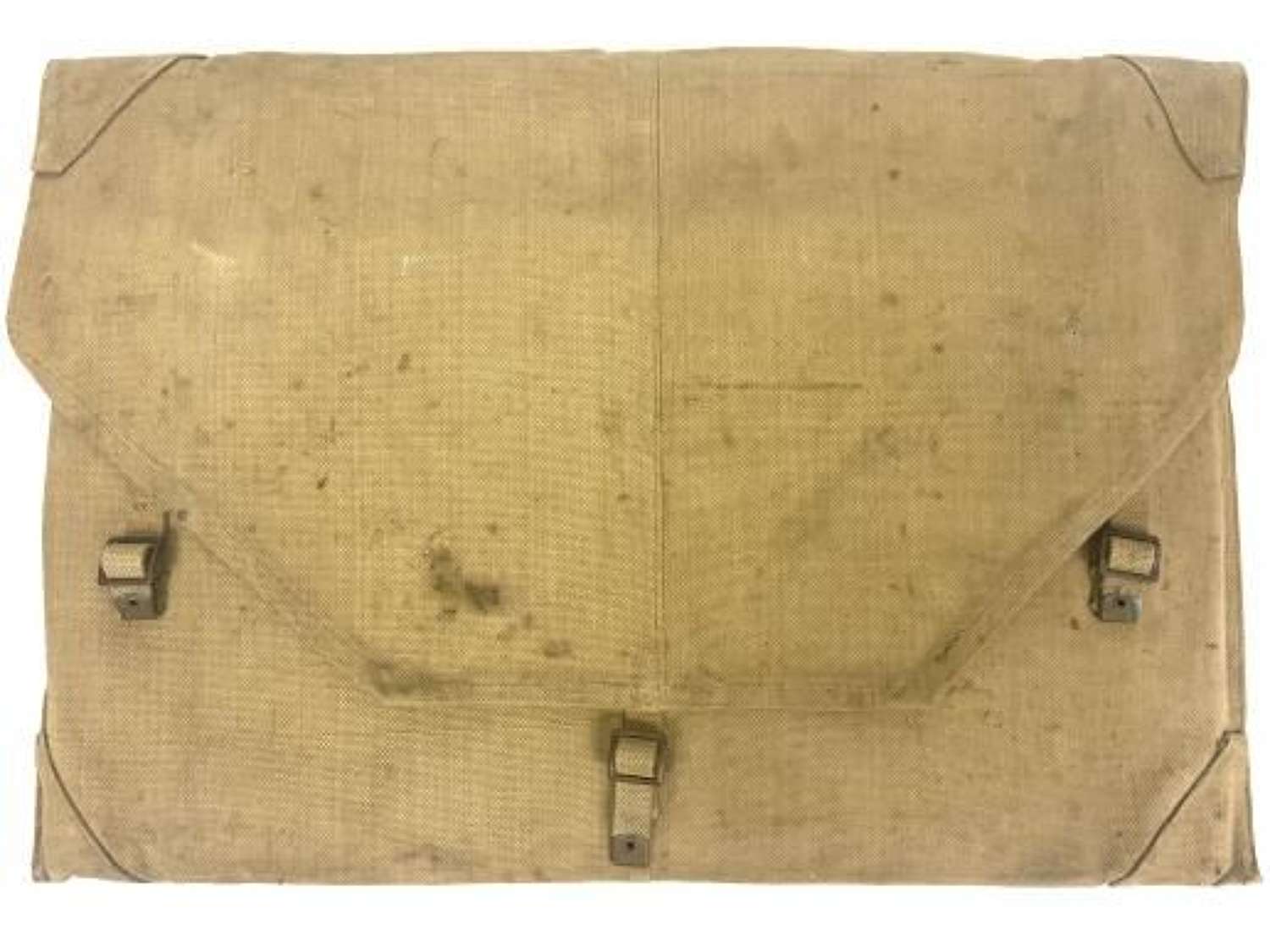 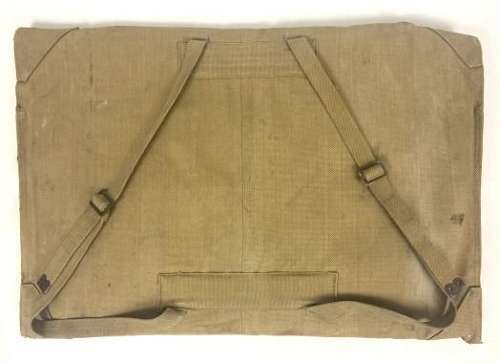 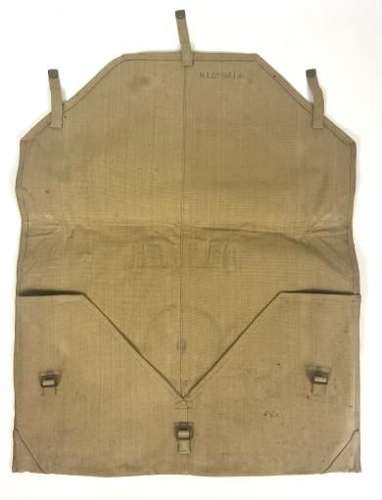 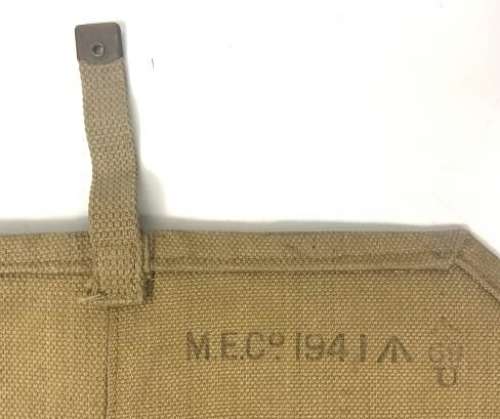 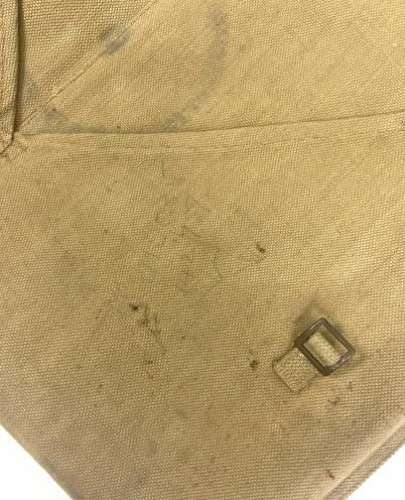 Original 1941 Dated Royal Artillery Webbing Plotting Board Case by 'ME

An original 1941 dated British Army Royal Artillery plotting board made from webbing by ‘MECo’.

This specialist piece of equipment was issued to the Royal Artillery throughout the Second World War. Made from webbing, the rear features two straps allowing it to be carried on the wearers back. The front fastens with three straps and buckles.

The inside of the flap is marked ‘MECo 1941’ denoting the manufacturer as Mills Equipment Company and the year of manufacture as 1941.

The case is in good condition as can be seen in the pictures. It has seen use and features various marks and stains but overall it displays well.

A rare piece of specialist equipment which would make a great addition to a collection.