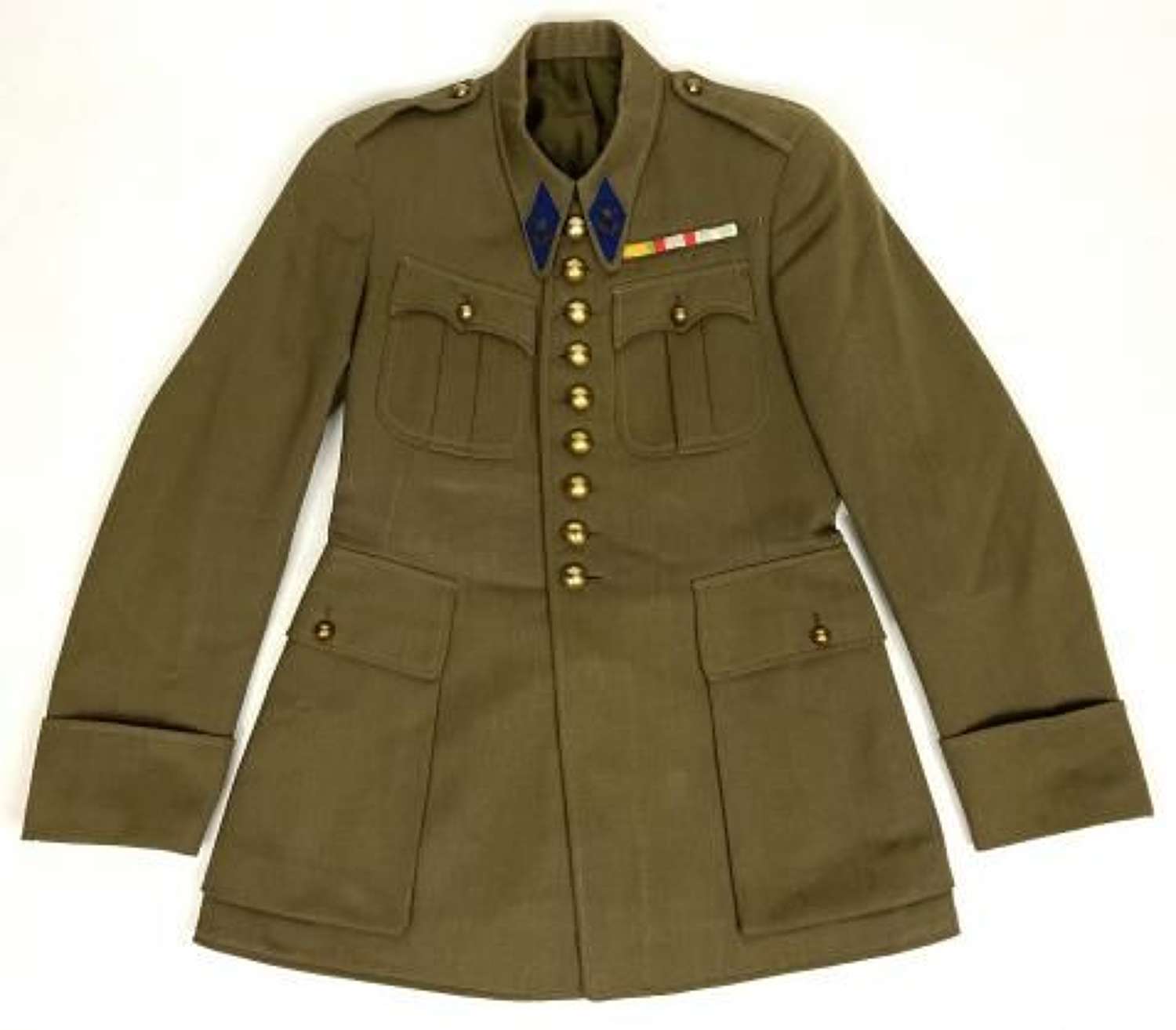 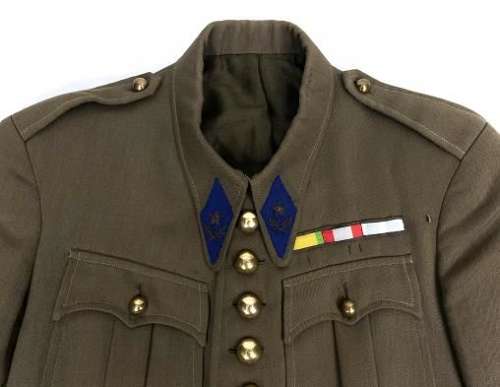 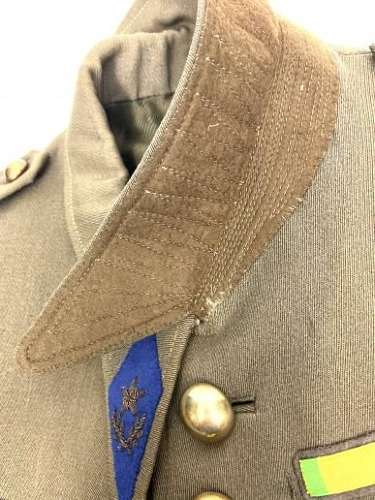 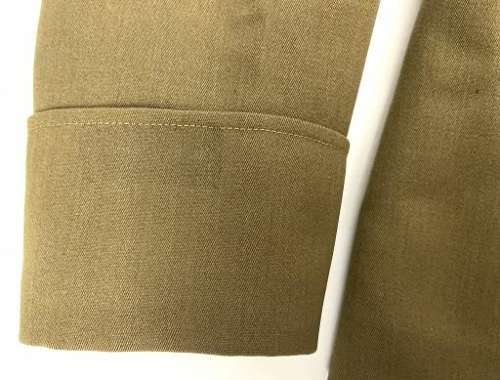 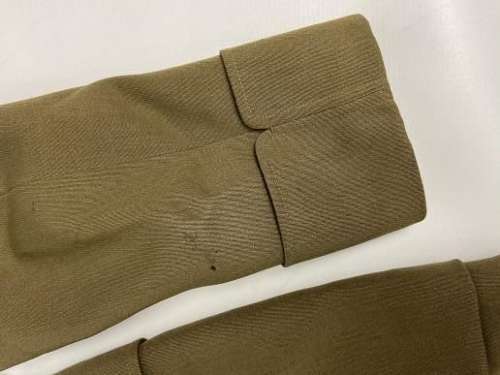 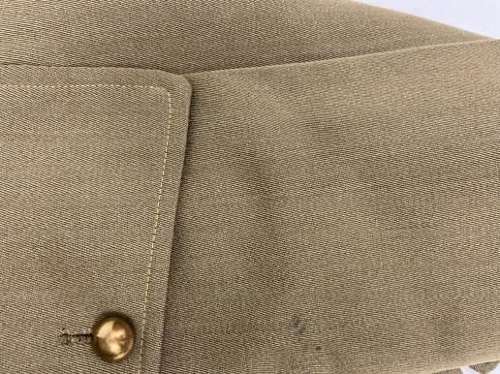 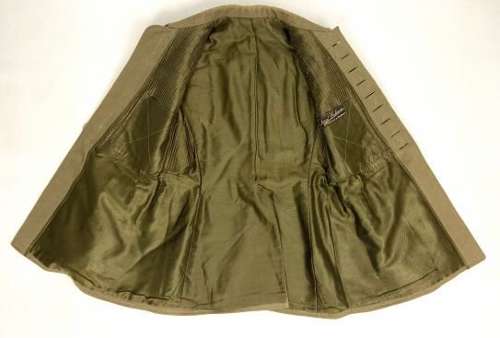 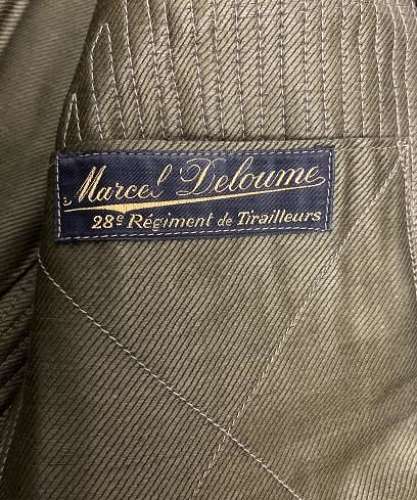 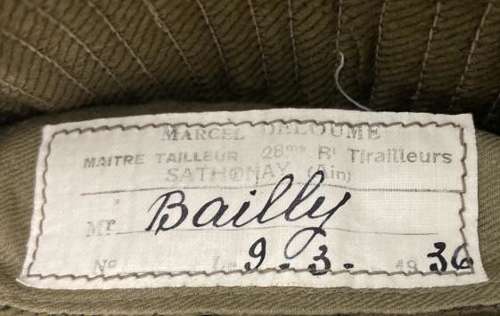 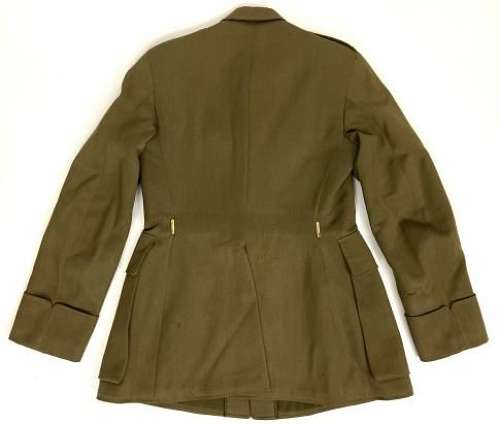 An original 1936 dated French Army Officers Tunic made by 'Marcel Deloume' for 'Bailly'.

This pattern of tunic came into issue with Officers of the French Army during the inter-war period and saw continued use throughout the Second World War. This particular example features the collar insignia of a translations officer of the Army's Administrative wing who speaks both French and Arabian, an 'officier d'administration de l'intendance'.

Attached above the left breast pocket are three medals ribbons which are The Military Medal, Overseas Conflicts and the Colonial Medal. There is a shadow on each cuff where insignia denoting the original owners rank has been removed and the tunic features a full set of matching brass buttons.

The interior of the tunic is beautiful. It is fully lined and features very fine work around the chest and shoulders. The original tailors label is still present also and reads ''Marcel Deloume, 28e Regiment de Tiralleurs' with a typical yellow on black graphic, popular in France during this period.

A second label can be found inside one of the two interior pockets which bares similar details to the main label but also features the original owners name, 'Bailly' and the date of 9.3.36 in ink.

The condition of the tunic is good and it displays extremely well. There are however a couple of small holes - one to the rear of the sleeve, one to the bellows pocket and a mark to the rear - all of which are detailed in the pictures. These are only small flaw and don't detract from what is overall a very fine looking tunic.

A fantastic pre-war tunic which would make a great addition to any collection without a doubt!